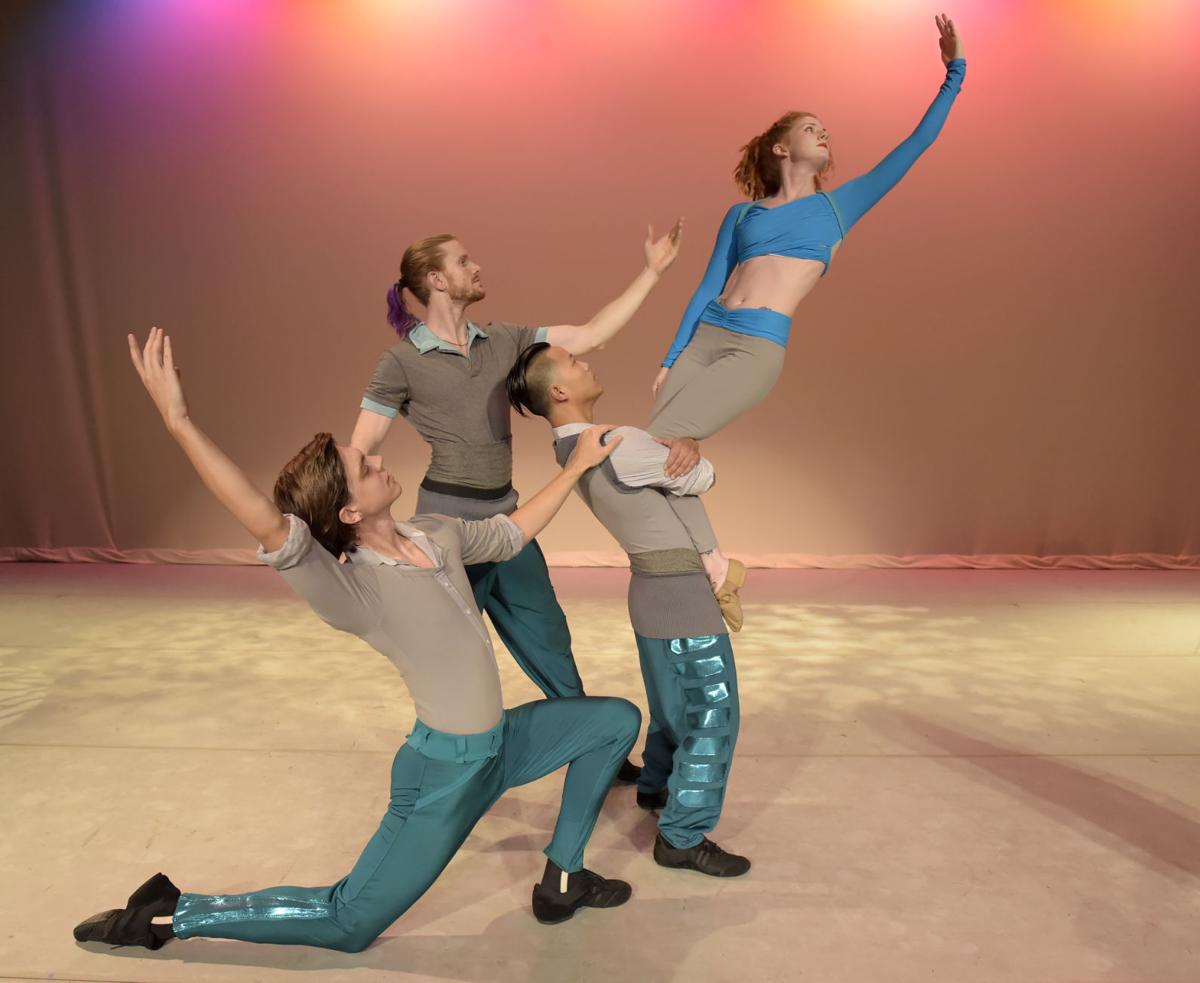 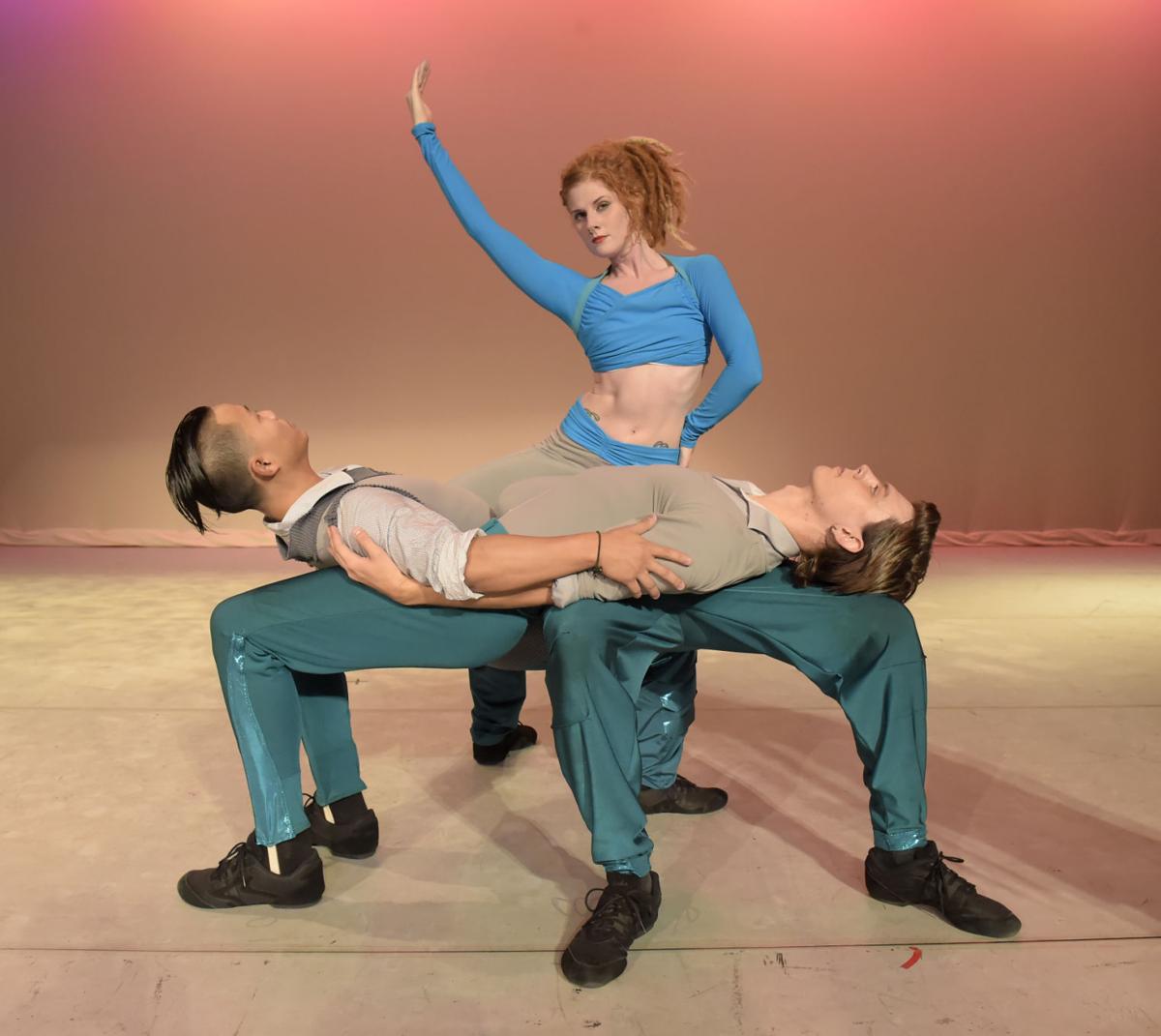 Kristie Lauren is displayed in a flower pose during a rehearsal for “Selfie.” The dance show opens Friday night in Corvallis. 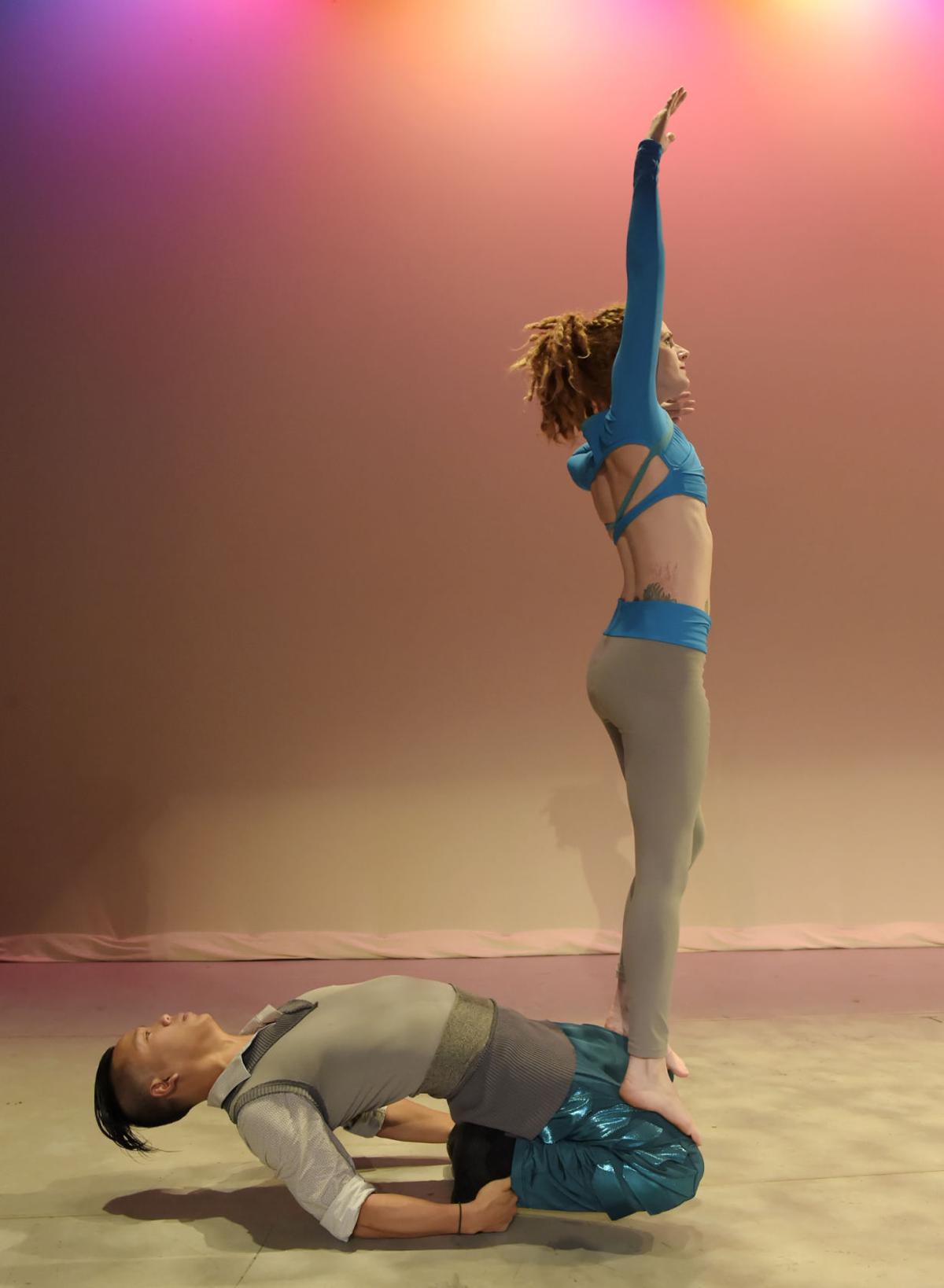 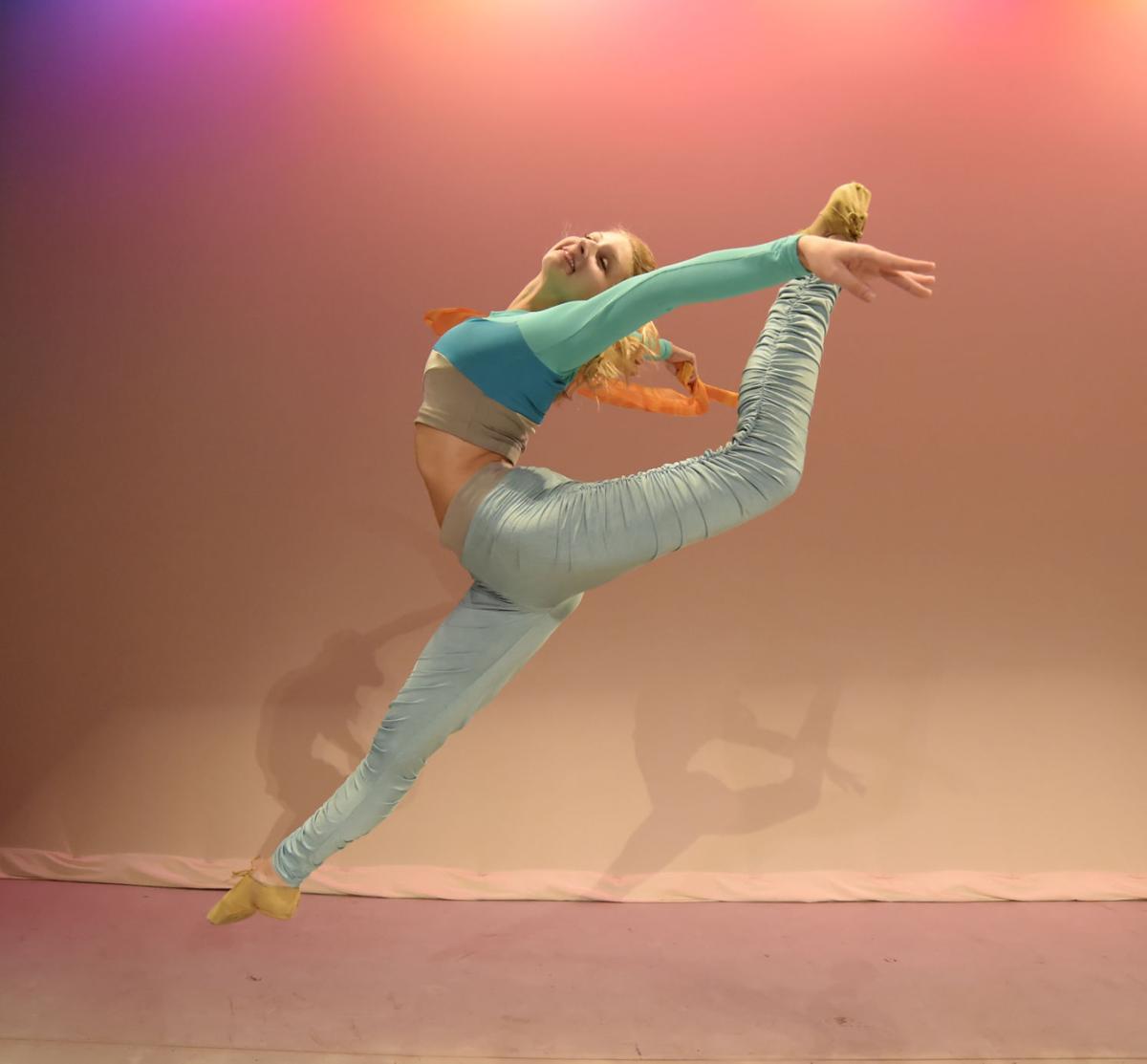 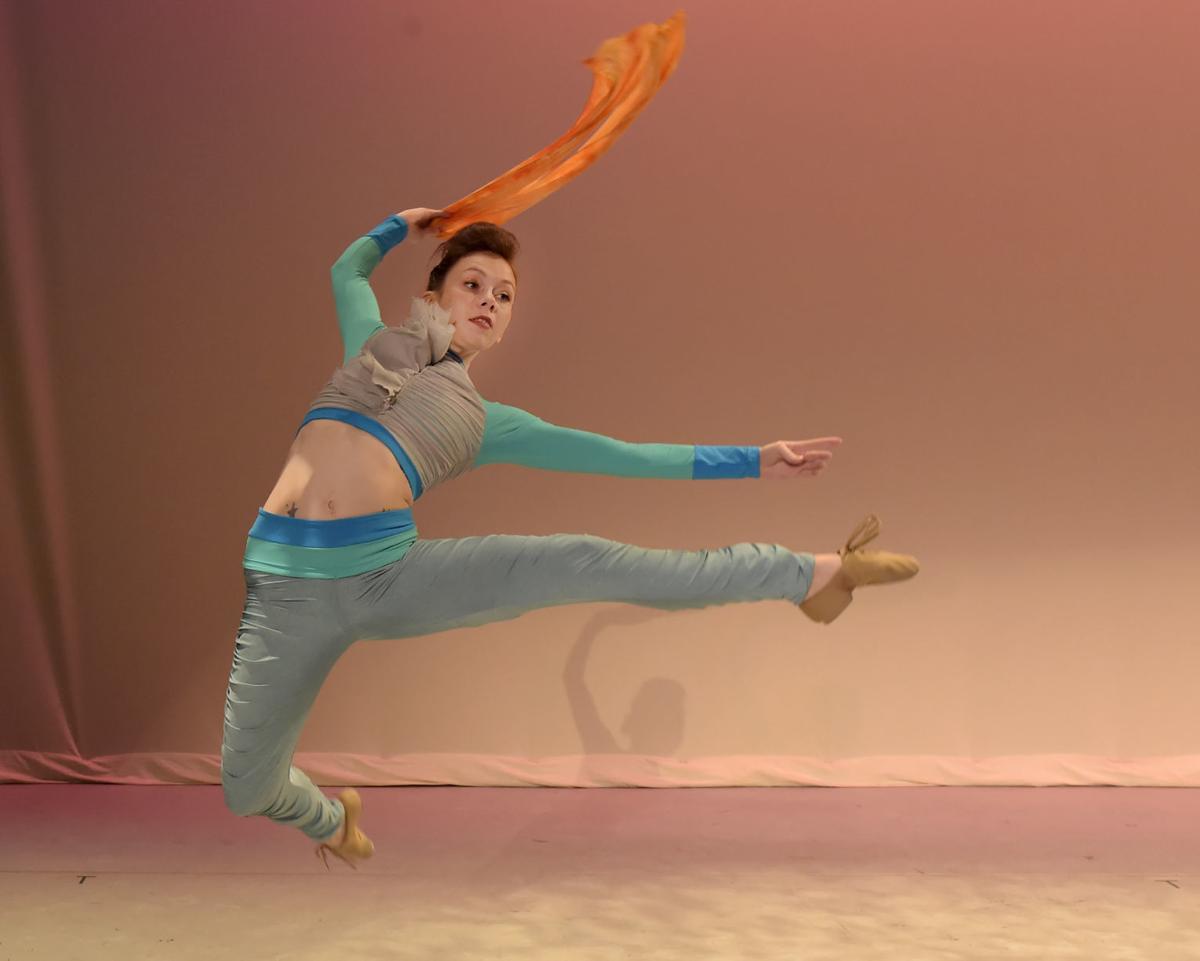 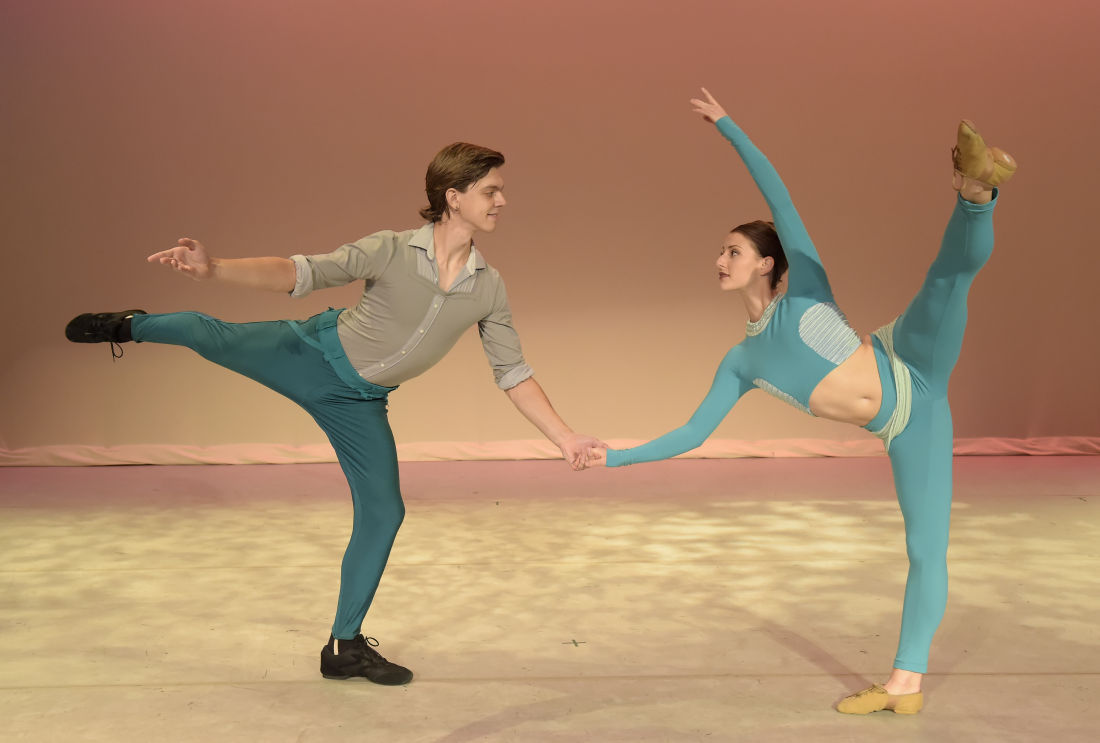 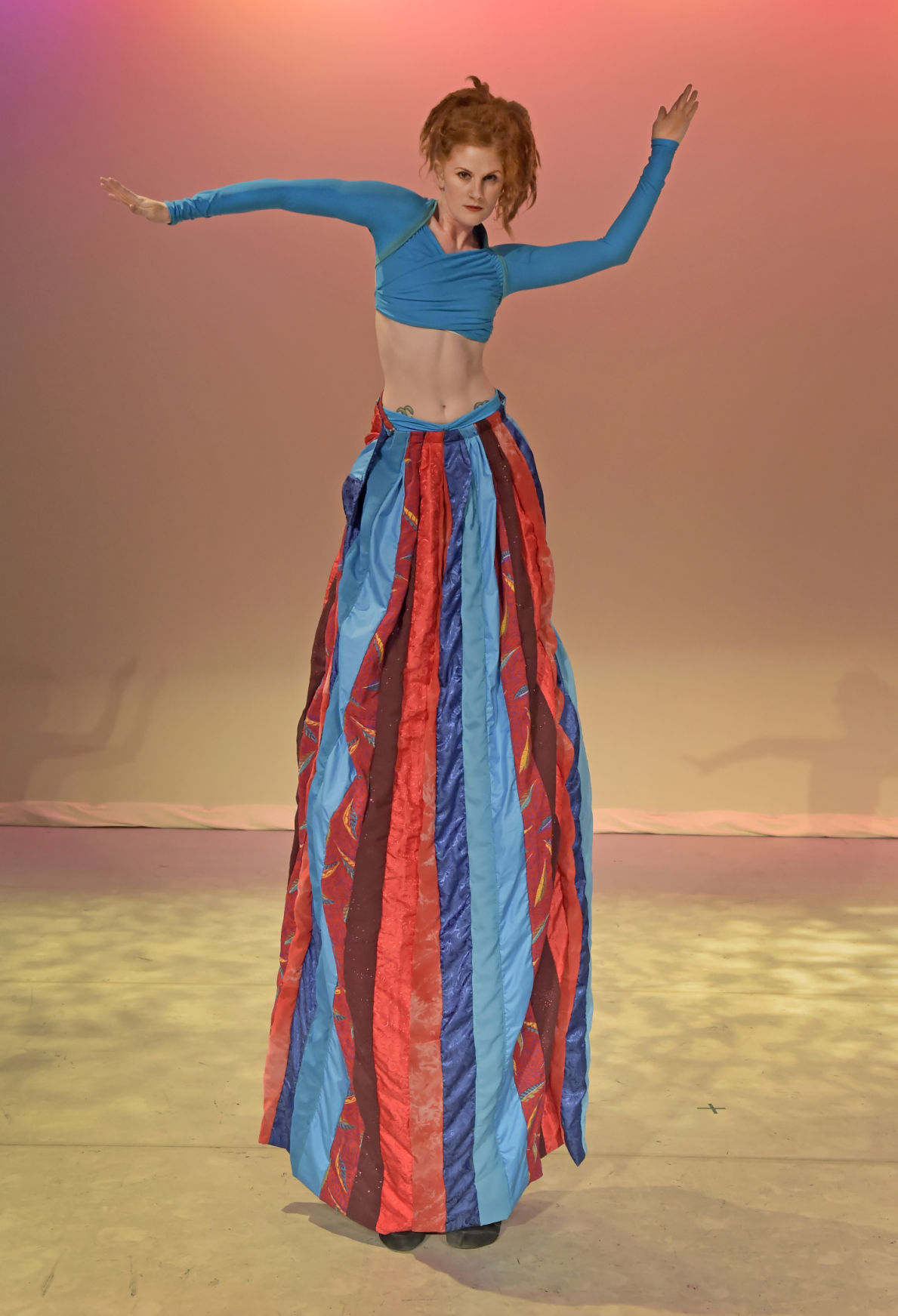 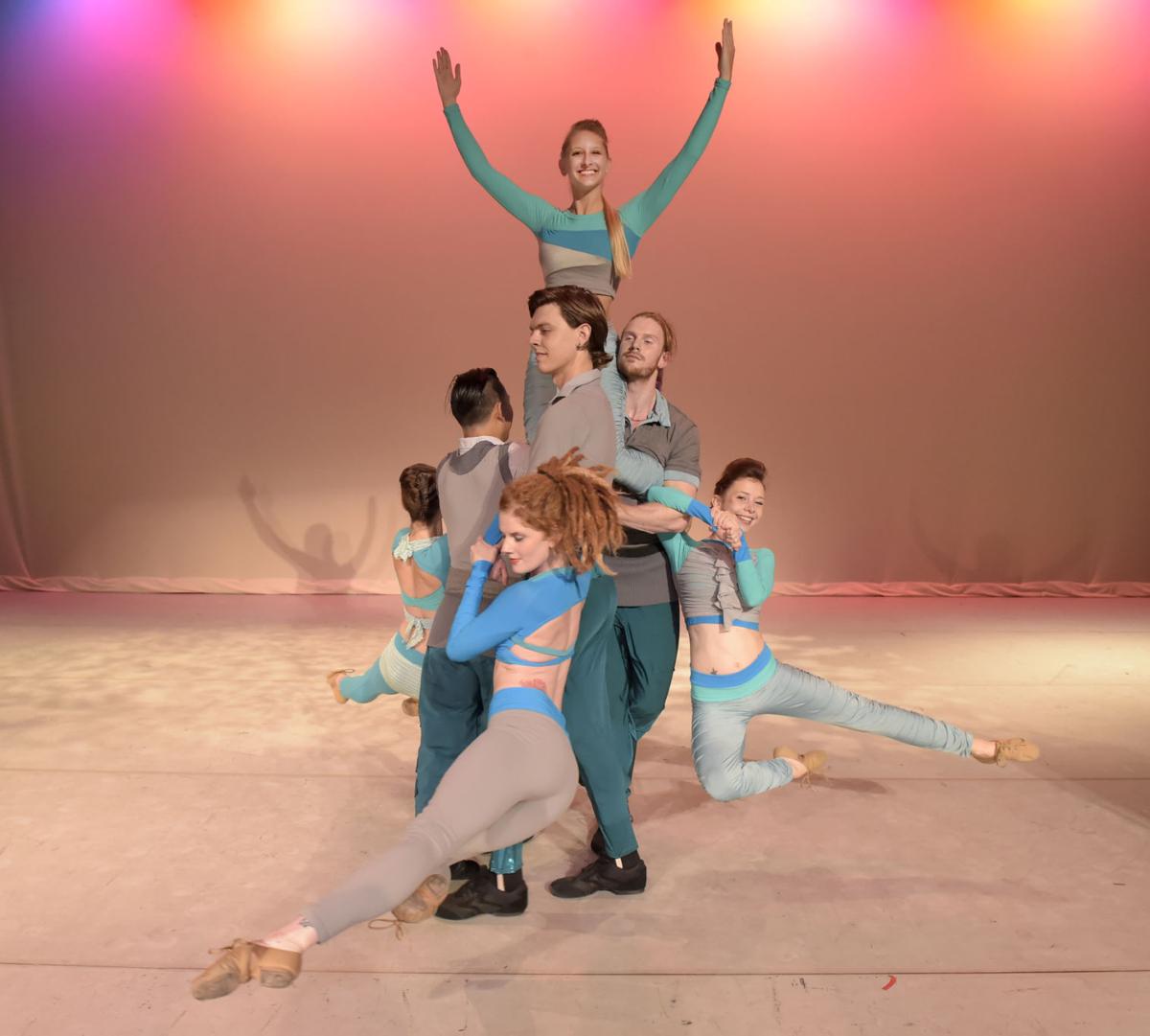 Amanda Parrino sits atop the big spin during a rehearsal of "Selfie". The show opens Oct. 16 at 7:30 p.m. at the CHS Main Stage Theater.

People love taking "selfies" — self-portrait photos with their smartphones and cameras — then sharing them through social media for the world to see.

The interactive show allows audience members to text their own selfie images to the stage and see them appear during the performance.

Rainbow Dance Theatre artistic directors Darryl Thomas and Valerie Bergman say "Selfie" is their way to appeal to a younger audience with something very immediate, such as incorporating social media into the performance.

"The conception of 'Selfie' is that I'm taking a photograph of myself," Thomas says, "and we look at how that is a reflection of the inner self. So when I take a selfie, click, is that really who I am, or is it simply just the face you put on at that particular time?"

To help explore that idea, Thomas says, masks are displayed during dances to represent the idea that people simply put on masks when they wake up in the morning or when they interact with someone.

Thomas and Bergman, who have both worked with modern dance companies in New York and toured internationally, started the Rainbow Dance Theatre in Hawaii in 1992. Thomas danced with the world-renowned Pilobolus dance company for many years. The pair relocated their dance company to Monmouth in 1997.

The Rainbow Dance Theatre always has involved technology with dance choreography in its performances, Bergman says. For "Selfie," the directors joined forces with international leaders in the fields of animation, motion tracking technology and computer software design, such as Hungarian programmer Gabor Papp on "Selfie."

The company will feature motion tracking in a production for the first time.

"Normally when you have a projector, it simply just projects an image onto the screen and it just stays there and the dancer can dance in front of it. The idea of motion tracking is that the image can be generated by the movement of the dancer, so it's not a static image," Thomas said.

Thomas says the process involves infrared cameras and special lighting, so the computer can see the dancer and make the image form around them.

"Selfie" has been in creation for over a year now, Bergman said.

"Last August I got a call from the Oregon Community Foundation that literally left me speechless, notifying me that we got a grant for $125,000 to create this work we had proposed to them."

While the motion tracking, visual designs and interactive elements give "Selfie" a certain "gee-whiz" factor, Bergman and Thomas say the contemporary music, choreography and movement by the nine, well-trained dancers also should grab the attention of audiences.

"I feel like what we really tried to do is make the dance just as strong as the technology element. We have choreography that is very physical and intricate, so it stands out really strongly alongside the technology," Bergman said.

"Selfie," which is one of four Rainbow Dance Theatre productions this season, will make stops all over the Northwest during its tour, including Salem in November.

Audience members in Corvallis we'll get the first glimpse at 55 minutes of intricate choreography, state-of-the-art graphics and motion tracking and maybe best of all ... their own "Selfie" in the show.

WHAT: "Selfie," performed by the Rainbow Dance Theatre Company.

MORE INFO: For more information or to purchase tickets, see www.corvallistheaters.com or call the box office at 541-750-7990.

Kristie Lauren is displayed in a flower pose during a rehearsal for “Selfie.” The dance show opens Friday night in Corvallis.

Amanda Parrino sits atop the big spin during a rehearsal of "Selfie". The show opens Oct. 16 at 7:30 p.m. at the CHS Main Stage Theater.