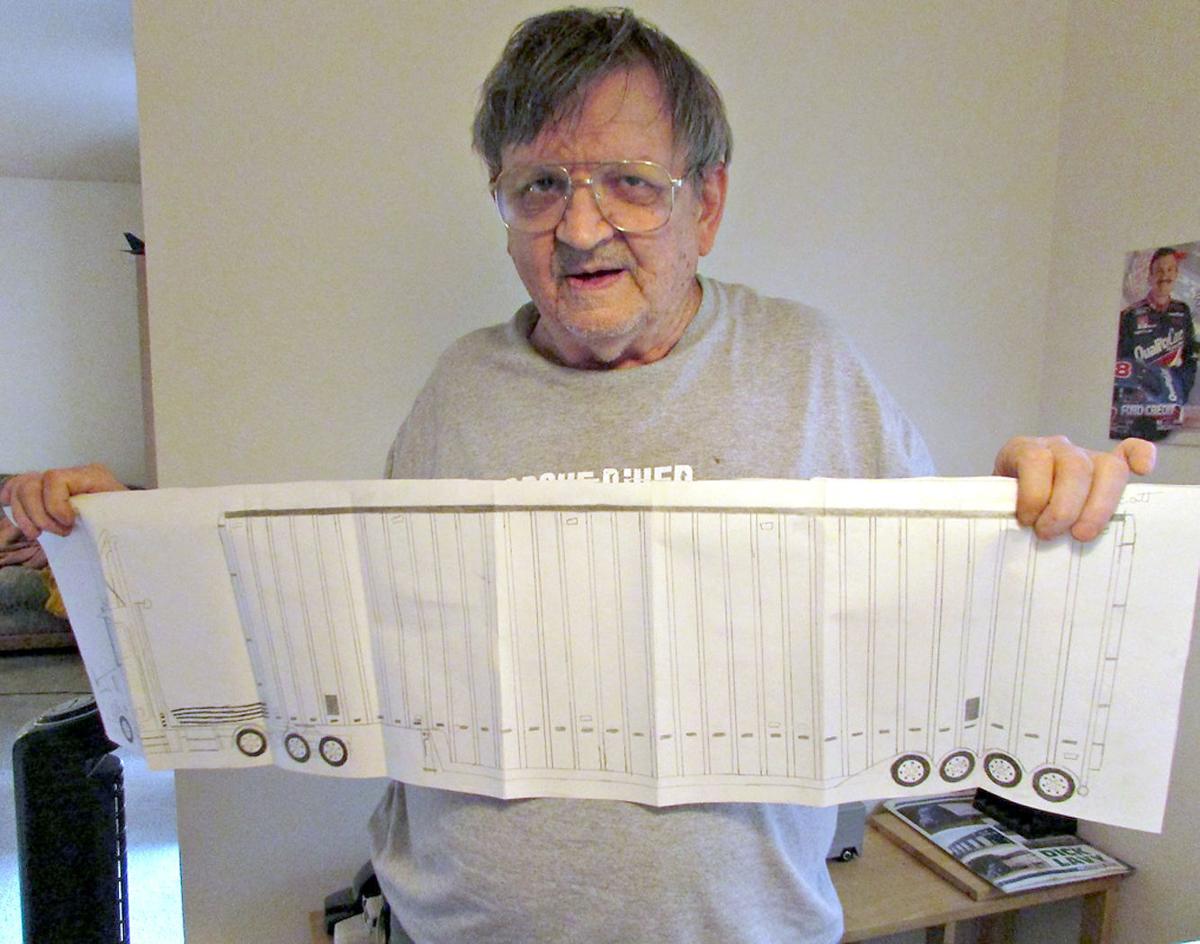 Artist Dale Scott is displaying his log-truck illustrations as part of the exhibit “Transportation and Defense,” which recently opened in the Corrine Woodman Gallery at The Arts Center in Corvallis. 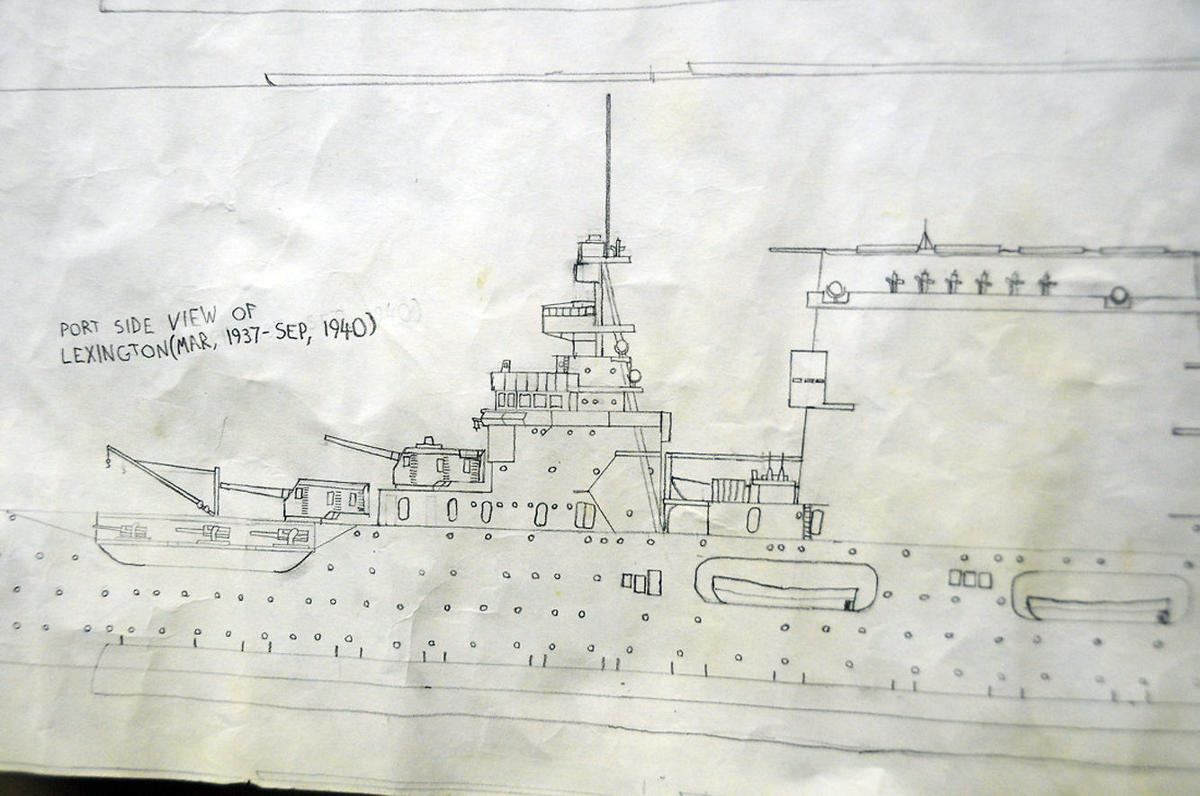 Patrick Hackleman’s illustrations of historical warfare ships can be seen in the exhibit “Transportation and Defense,” which is on display in the Corrine Woodman Gallery at The Arts Center.

Both local artists have a passion for drawing their favorite machines in such amazing detail that their work has been appreciated around the world.

Now, local residents can see their art in depth in “Transportation and Defense: Patrick Hackleman and Dale Scott,” an exhibit in the Corrine Woodman Gallery of The Arts Center.

Bruce Burris, director of ArtWorks (CEI), represents both artists. He helped them present illustrations last year in the exhibit “I Am,” which was part of “inVISIBLE,” an arts and disability festival.

Burris said: “One link between Pat and Dale’s work is they are both entirely self-sufficient as artists. They were creating these things before, and essentially they don’t need me.”

What Burris does provide is larger public access to showcase the artists’ work.

Scott, an Albany resident in his late 60s, came from a family in the trucking business in Wren.

“He grew up, literally, working on his dad’s truck. His sister is also a long-haul driver. That really shaped his interests,” Burris said.

Scott started experiencing epilepsy when he was 24 years old and lost his driver’s license. He uses pencil and paper to draw trucks, usually from memory, with a specific goal in mind.

“He will figure out businesses that have something to do with trucks or truck manufacturing, and he will pack 10 to 15 of his drawings in a manila envelope and send them off to these companies,” Burris said.

To Scott, sending those packages is how he exhibits his artwork with the rest of the world. “He’ll tell you that his drawings are in Australia and Canada, and so forth,” Burris said.

On occasion, people will send him a photograph of his drawing hanging in their office or elsewhere, Burris said.

Hackleman, a Corvallis native who was diagnosed as being on the spectrum of autism at a young age, has drawn and made models of historical warfare ships and boats since he was in the third grade.

The precision in his drawn-to-scale illustrations resembles blueprints or schematics.

“Patrick’s drawings are kind of corrupted plans of ships he has redrawn to a scale he likes from books and the Internet. In the process they’re changed, “ Burris said.

It’s important to Hackleman that he alter the fate of the ships he draws by adding safety modifications. So, for example, the ironclad Civil War era ships he has illustrated include features he’s added such as more lifeboats or reinforced armor, Burris said.

“These are wrecks sitting on the bottom of the bay somewhere, and it is his belief he can actually save lives by making them safer. Pat provides us details into making a better vehicle,” Burris said.

Despite the differences in subject and the purpose of their drawings, viewers should see the attention to detail and other similarities between Hackleman and Scott’s artwork.

The two artists, along with Burris, will be present at the Corrine Woodman Gallery for a discussion about the “Transportation and Defense” exhibit today at noon.

WHAT: "Transportation and Defense: Patrick Hackleman and Dale Scott," Exhibit

WHEN: Conversations in the Corrine Woodman Gallery with both artists are scheduled for today at noon. The exhibit runs through March 26.

HOW MUCH: Art discussion and exhibit are free and open to the public.

Artist Dale Scott is displaying his log-truck illustrations as part of the exhibit “Transportation and Defense,” which recently opened in the Corrine Woodman Gallery at The Arts Center in Corvallis.

Patrick Hackleman’s illustrations of historical warfare ships can be seen in the exhibit “Transportation and Defense,” which is on display in the Corrine Woodman Gallery at The Arts Center.