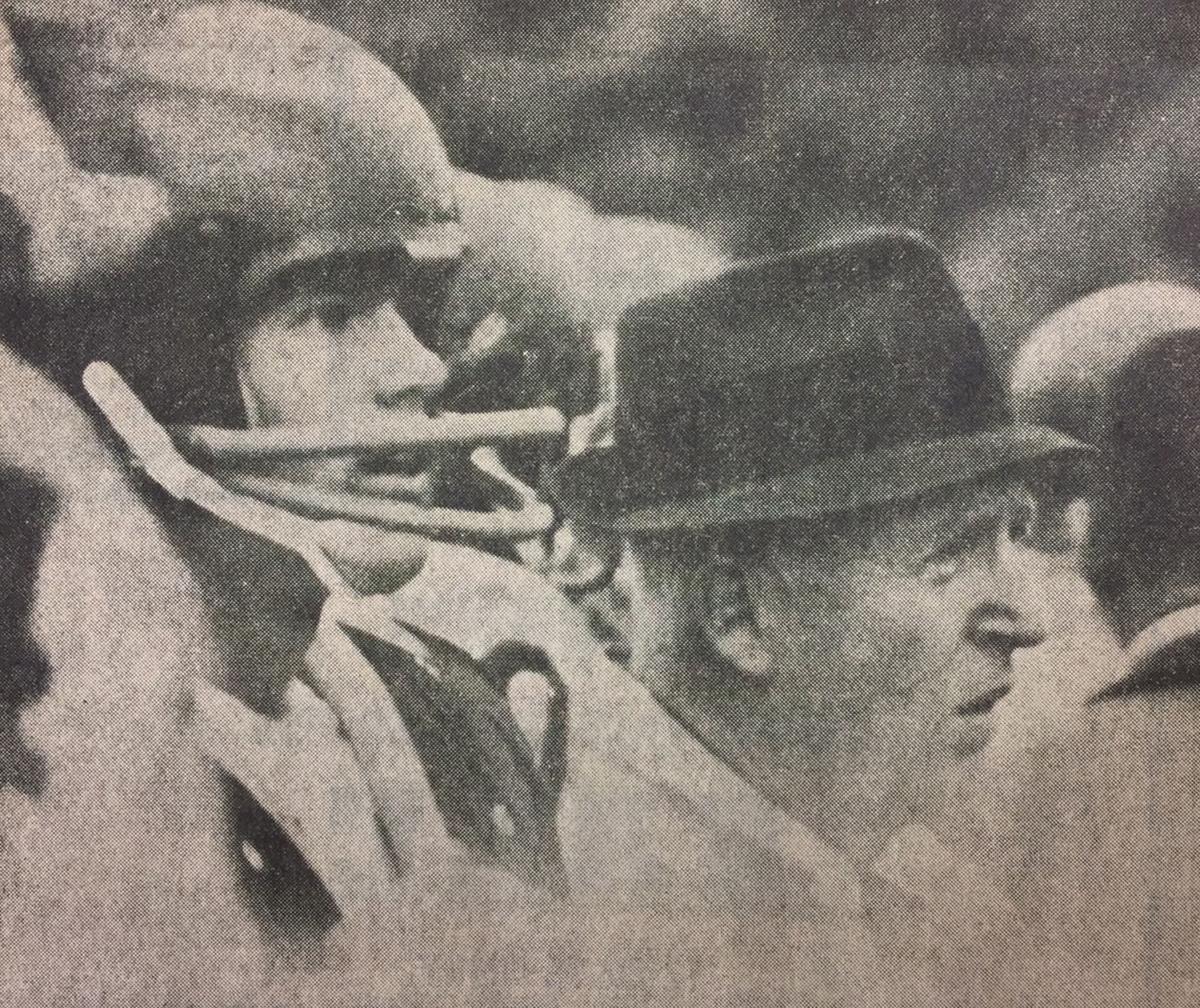 Johny  McKay, head coach, shows his concern as the Trojans continue to have trouble piercing the rugged OSU defense in the second half, McKay offered no alibis after the game, saying "the Beavers played a fine game and just beat us." 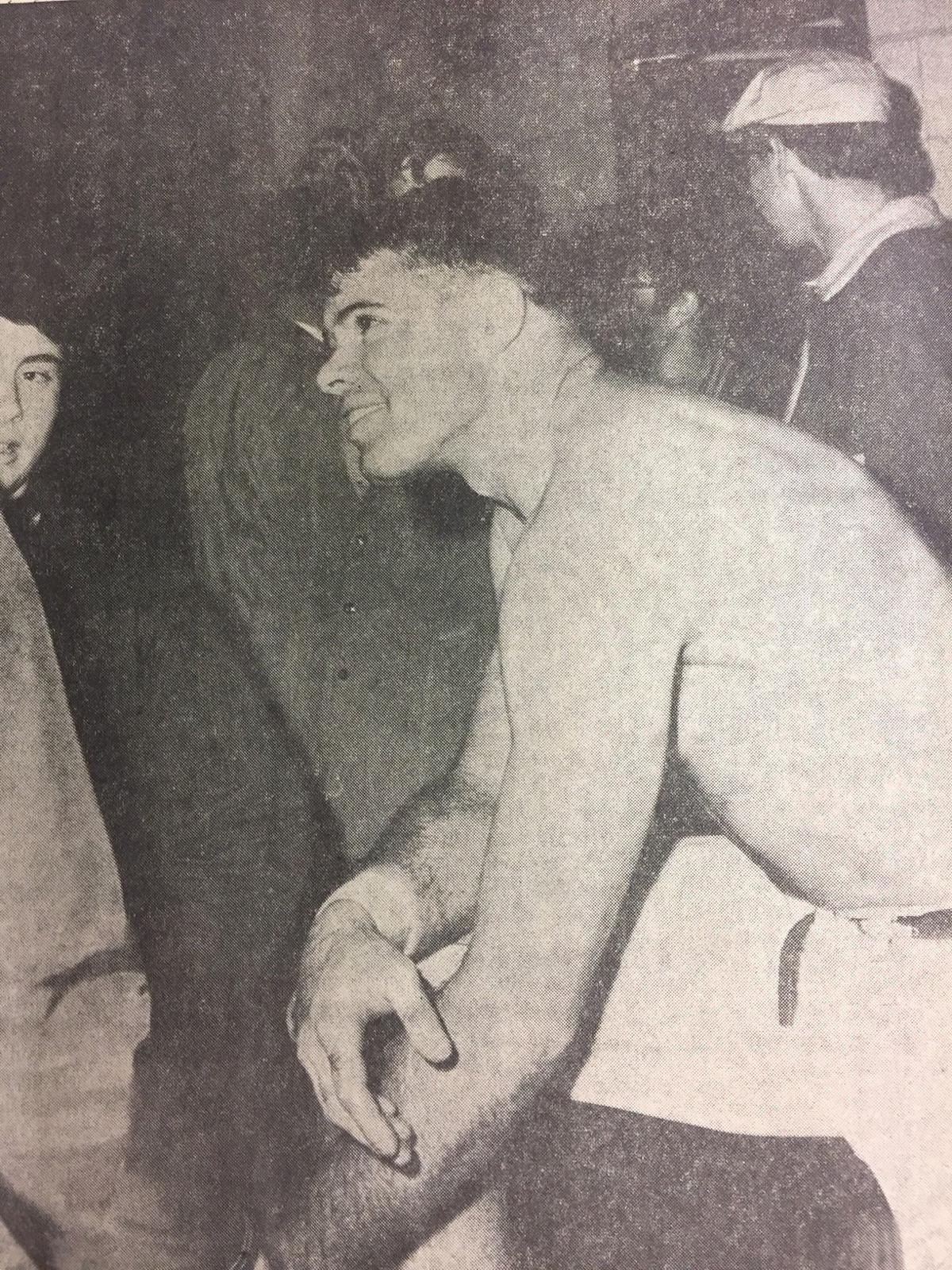 The following "Rick's Ramblings" column originally ran in the Monday, Nov. 13, 1967, edition of the Corvallis Gazette-Times.

You had to be wearing a USC uniform to get into the place. No one even tried.

Eventually Johnny McKay was summoned out of the silent quarters and led into a cubicle for the customary post-game interview with the press corps.

It seemed like an hour before anyone had the courage to ask him a question. His face personified the extreme disappointment that the Trojans must have experienced.

"You win a few and you lose a few," McKay tried to quip. But his usual sense of humor — and he is one of college football's great quipsters — was obviously gone. It had disappeared on the sidelines of Parker Stadium a few minutes earlier.

He didn't blame the mud

"It was muddy," McKay admitted. "But if we had the best team, we would have won on the muddy field."

McKay did feel it "wasn't much of a day for passing ... when we went back to pass, we just slipped and fell down ... both quarterbacks seemed to have trouble getting back there."

In fact, McKay wasn't certain of his team's Rose Bowl status after the loss. Perhaps he knew, but he may have been in a minor state of shock.

"I guess that pretty much knocks us out of it ... I really don't understand that voting now."

He's wrong, of course. It boils down to the Trojan-UCLA game this Saturday. Oregon State isn't in contention. That early loss to Washington is still haunting the Beavers.

Was it McKay's biggest coaching disappointment?

"I've had many disappointments ... this is one of them ... but this is the first time we've been knocked out of a national championship ... yes, it's tough for us to take."

"They played a real fine game and beat us," he summarized.

He said he wasn't surprised by anything the Beavers did.

"No there was no certain turning point ... they made their field goal, we missed ours."

Kick was long for Aldridge

What McKay forgot was that a 36-yarder by his kicker, Rikki Aldridge, is almost out of his range. And Mike Haggard missed an easy one with 22 seconds left in the first half, a 28-yarder.

I just hurried and missed it," Haggard admitted.

McKay also questioned some of his strategy.

"We did something foolish by trying to pass ... we'd just lose six yards."

The Trojans got off 10 aerials but quarterback Steve Sogge was thrown for 27 yards in losses by the Beaver pass rush.

One play had everyone in the stadium confused in the fourth quarter. That included the Oregon State coaches.

Charlie Olds returned a punt 55 yards before fumbling. The ball was bouncing along the sidelines and Olds, stumbling, managed to reach down and bat the ball out of bounds.

The officials ruled it a personal foul and gave the Trojans the ball at that spot of the infraction, fortunately only the USC 35. Intentionally batting a free ball out of bounds on a punt or kickoff is a foul and the ball goes to the offended team.

It was a correct call, but a play that few have ever seen. And it may be years before you see it again.

Only happens on kicks

If the play had been a normal scrimmage run, OSU would not have lost possession. But on a punt or kickoff, where possession is changing, the foul is loss of possession.

We think we understand it now.

"We didn't work on that too much last week," Andros kidded afterward. Although he came on the field to protest -- which could mean a penalty — the official was most understanding because of the unusual-ness of the situation.

ALSO IN THIS SERIES:

"1967: Conquering giants in a season to remember"

1967: Conquering giants in a season to remember

"I've never been around a bunch of kids greater than these Beavers."

The following article appeared in the Monday, Oct. 23, 1967, edition of the Corvallis Gazette-Times and, unfortunately, had to be transcribed …

The following column originally ran in the Monday, Nov. 6, 1967, edition of the Corvallis Gazette-Times.

The following article was originally published Monday, Nov. 6, 1967, in the Corvallis Gazette-Times.

The following article originally ran in the Monday, November 13, 1967, edition of the Corvallis Gazette-Times. Front page, of course.

The following article originally ran in the Monday, Nov. 13, 1967, edition of the Corvallis Gazette-Times.

1967: Conquering giants in a season to remember

"I've never been around a bunch of kids greater than these Beavers."

This editorial originally ran Monday, Nov. 13, 1967, in the Corvallis Gazette-Times.

Johny  McKay, head coach, shows his concern as the Trojans continue to have trouble piercing the rugged OSU defense in the second half, McKay offered no alibis after the game, saying "the Beavers played a fine game and just beat us."