Police looking for this SUV involved in Corvallis hit-and-run 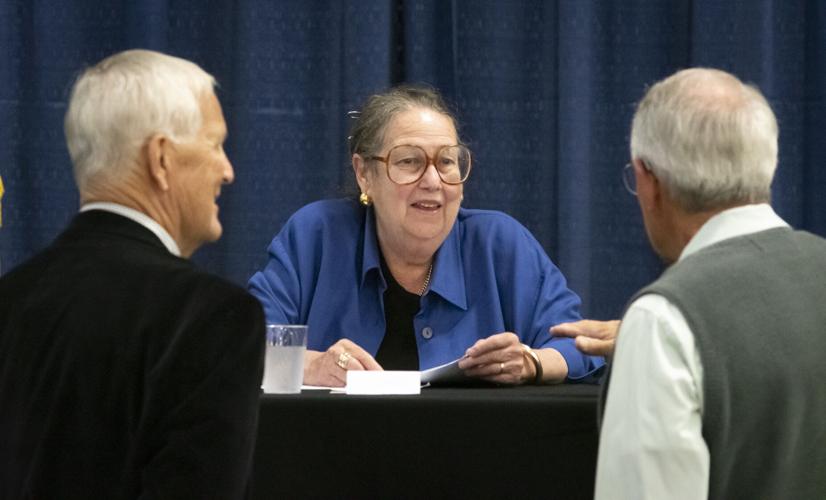 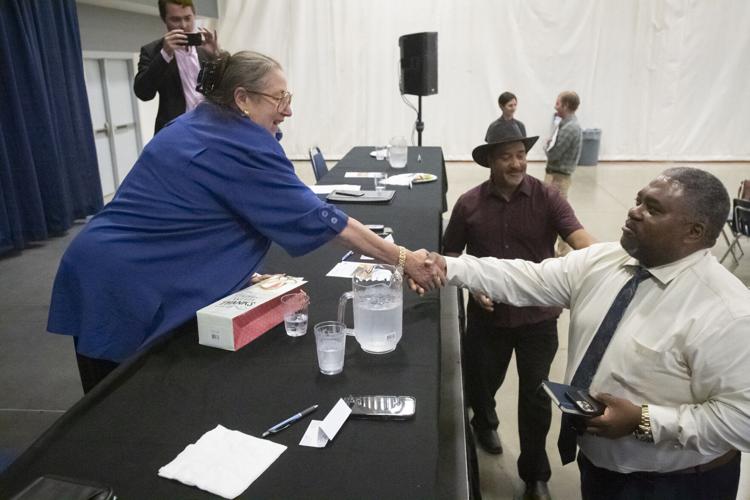 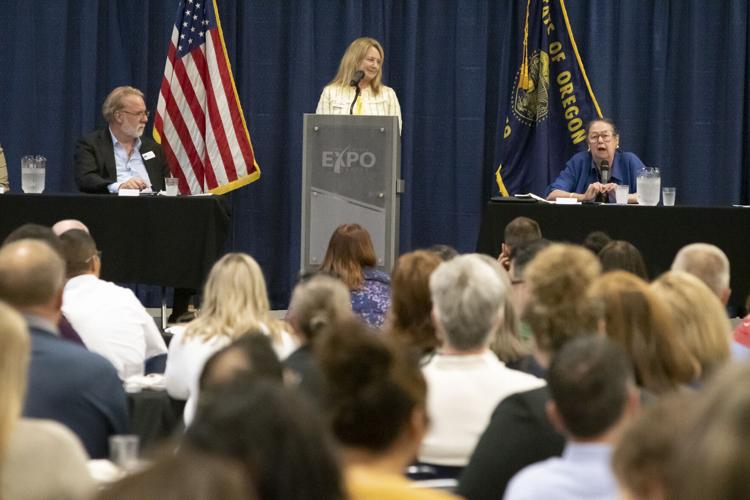 Unaffiliated gubernatorial candidate Betsy Johnson answers questions from the audience after speaking at an Albany Area Chamber of Commerce luncheon held at the Linn County Expo Center on Wednesday, Sept. 21, 2022. 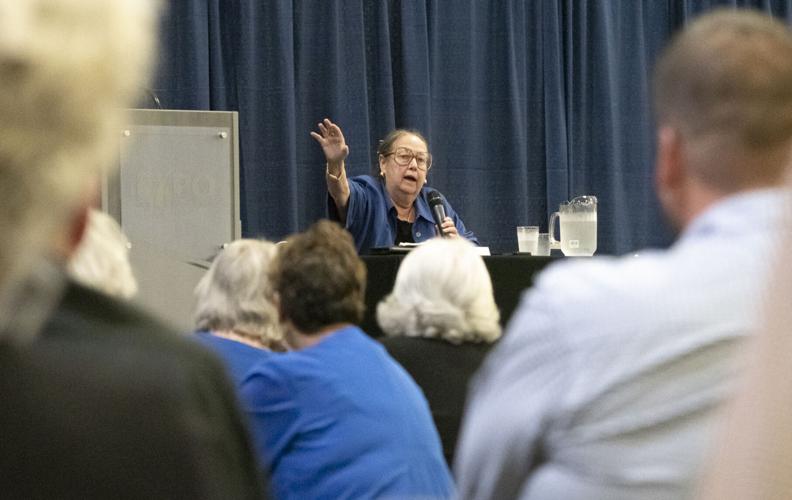 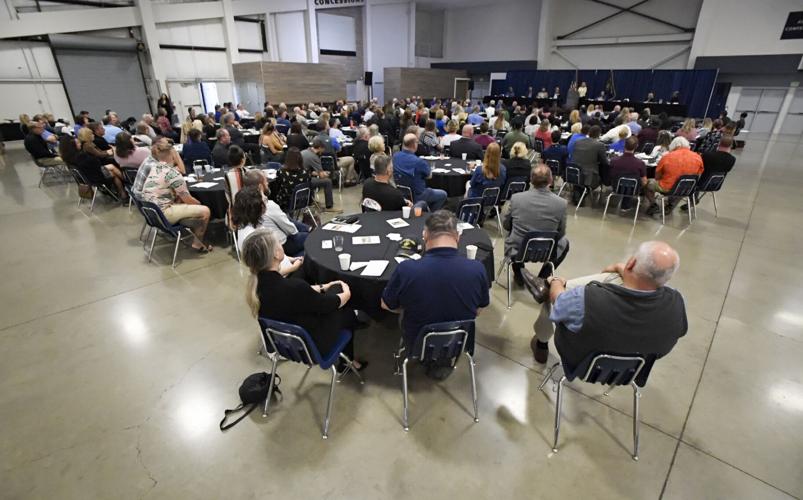 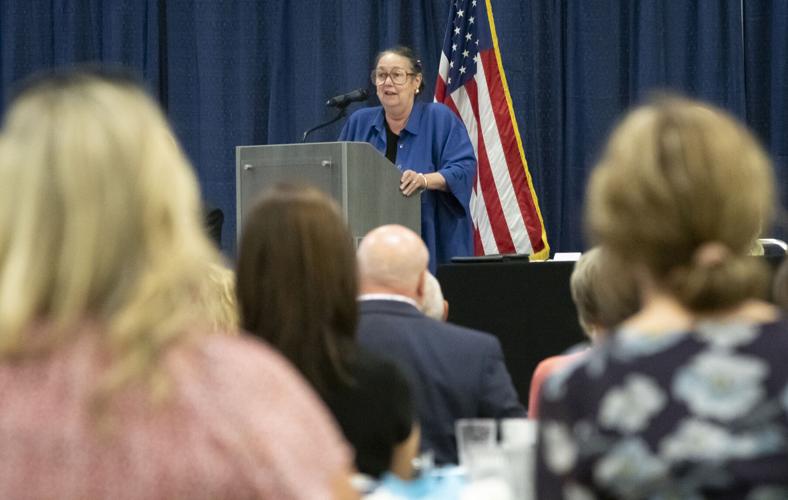 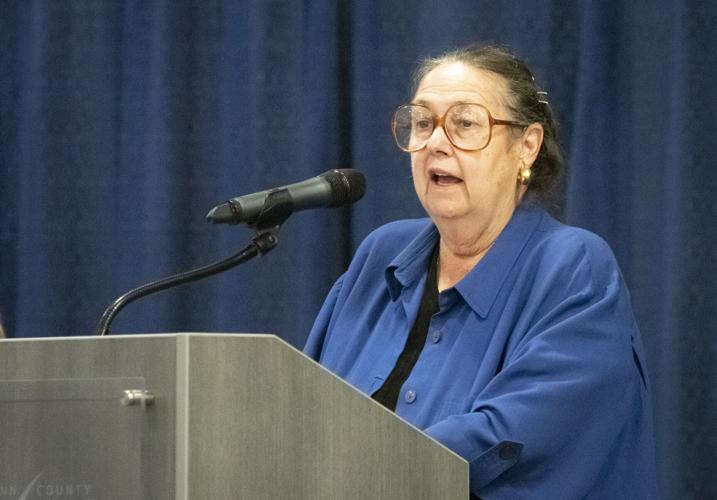 Albany’s business community invited all three candidates in the race for Oregon governor to speak at a forum and annual convention.

“DEQ, DSL, E-I-E-I-O — we are not a business-friendly state,” Johnson said in an interview before the forum.

Johnson said she had toured a site with Albany’s director of economic development who told her state wetlands requirements have kept investors from building houses or commercial structures.

“How damn difficult the state makes it,” she said.

At the same time, Johnson said she sees Albany establishing itself in the state as a business hub. ATI, a fixture in the city’s titanium manufacturing sector, collaborates with other businesses in a Columbia County public-private research concern called Oregon Manufacturing Innovation Center.

Albany will insert itself into global shipping streams when the Mid-Willamette Valley Intermodal Center opens in nearby Millersburg with an estimated start date of later this year. Managers have said the center will export grass seed and import consumer goods for major retailers.

Johnson sat on the congressional committees pushing funding to state agencies when Oregon Department of Transportation selected the Millersburg site in 2019.

Business developments attract the attention of out-of-state investors, Johnson said, and signals that there are communities trying to draw money into Oregon.

“You got to go to Albany,” Johnson said.

More than 90 businesses had set up 101 booths at the chamber’s annual Albany Business Extravaganza.

“Oregonians are skeptical of the far right and terrified of the progressive left,” Johnson said.

“They want us to pick between public safety and women’s health,” she said.

Johnson’s stumping positioned her as a business advocate from somewhere in the middle.

Self-describing as a "business-friendly Democrat," Johnson said she's pro-natural resources industries. Many of her positions, and answers to chamber members' questions about policy, came down to deregulation.

"It doesn't matter how beautiful your state is if you can't afford to live here," Johnson said.

In five inspections, the company was cited for not safeguarding the employees against falls.

After career-ending injury, Joel Skotte stars in a new field with Milan Esthetics, a  downtown Corvallis business dedicating to primping.

Major indexes like the S&P 500, the Dow Jones Industrial Average and the Nasdaq took hits. Even the British pound slumped to an all-time low against the dollar.

The audit is expected to take another one to three months to complete.

Social Security: How to Boost Your Benefits by $10,848 Per Year

It's simpler than you may think to increase your monthly payments.

The 10 largest product recalls of the last decade

Recalls may involve product repairs, replacements or refunds for products taken off the market. Here's a look at the largest recalls in recent years.

Get kids set to invest with these accounts

If you're looking for ways to prep your child for investing, an experienced parent and financial experts have some ideas.

Home prices might drop but won’t crash: What buyers should know

Whether you long to buy your first home or you own one and have considered selling, here's what falling prices could mean for you.

How to furnish your new home on a budget

Moving season is almost over. But if you're one of the many people settling into a new home right now, you might feel like the furniture-buying season is just getting started. And that can get expensive.

What student loan forgiveness means for you

What student loan forgiveness means for you

Unaffiliated gubernatorial candidate Betsy Johnson answers questions from the audience after speaking at an Albany Area Chamber of Commerce luncheon held at the Linn County Expo Center on Wednesday, Sept. 21, 2022.