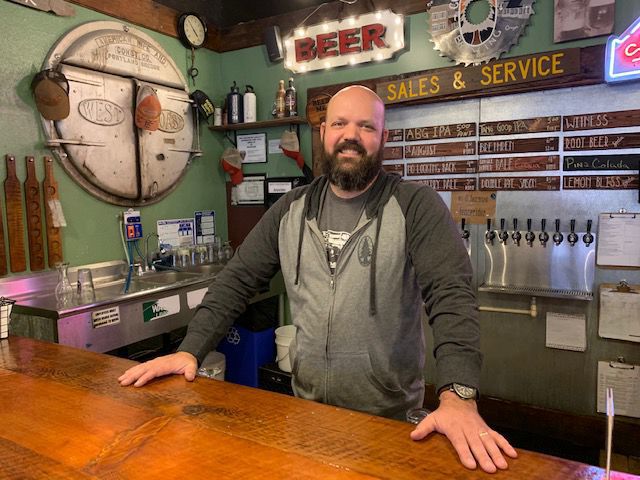 Matt Cowart, owner of Conversion Brewing, said that what sets his business apart is its collaborations with other businesses and organizations in Lebanon. Conversion recently was named business of the year in Oregon Main Street's Excellence in Downtown Revitalization Awards. 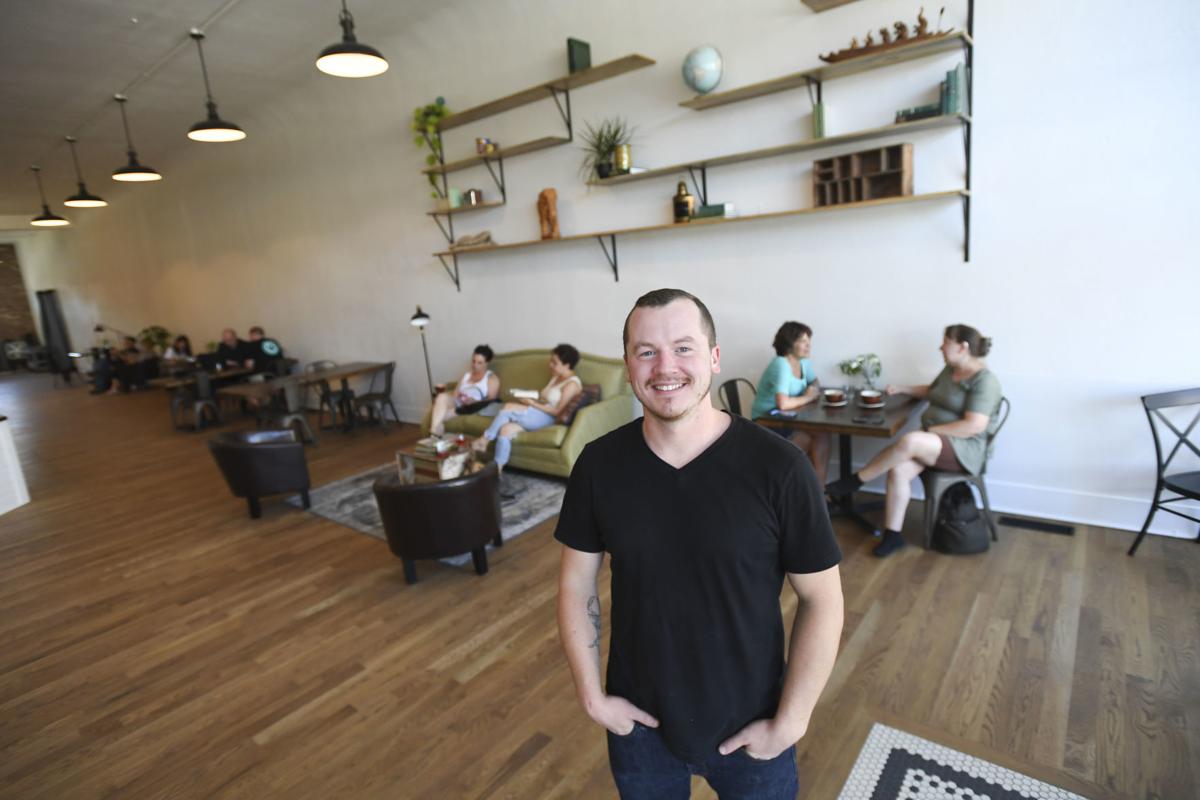 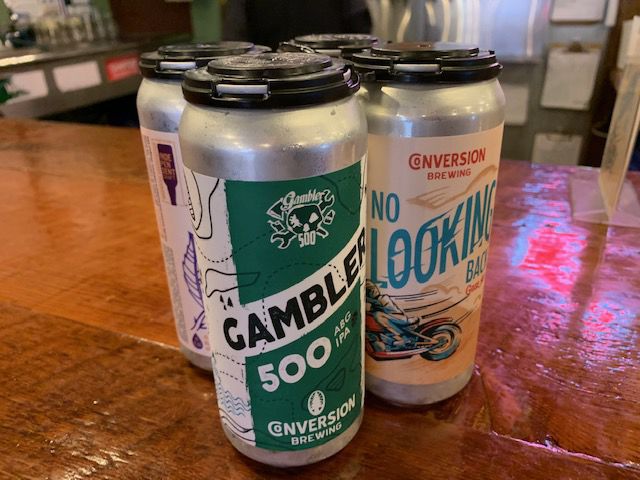 Conversion Brewing now has four varieties of canned beer for sale at its brewpub in downtown Lebanon.

Lebanon and Albany businesses and organizations received Excellence in Downtown Revitalization Awards from the state of Oregon during a ceremony earlier this month, and the big winners were Conversion Brewing in Lebanon and Margin Coffee in Albany.

Conversion was named the business of the year by Oregon Main Street, which is part of the Oregon Parks and Recreation Department.

Other winners included the city of Lebanon, Dala Johnson of the Lebanon Downtown Association, Lebanon’s T.W.E.R.K. Project, Albany’s 206½ Hotel, and the Albany Civic Theater, which earned an honorable mention for business of the year.

Before Conversion opened after an extensive building remodel in 2015, there was very little foot traffic near its downtown Lebanon storefront. From 6 p.m. to midnight, the area was practically deserted, said owner Matt Cowart. “Now, there’s people down here all the time,” he said.

That’s created a ripple effect, and with the booming economy, there are far fewer store vacancies in downtown Lebanon.

“I’ve seen brewpubs be able to help downtowns like that before,” he added.

Cowart said he wasn’t out to win awards. He just wanted Conversion to be a spot that the community could gather around, and that’s largely happened.

The business has participated in or sponsored numerous events that draw people to downtown, such as the Gambler 500, an event that challenges participants to buy vehicles for less than $500 and take them off-roading across the state.

Strawberry Plaza next door, a mini-park that Cowart helped the city of Lebanon design, is the site of a concert series, Summer Bands and Brews, that Conversion created.

Conversion also has tried to lend a helping hand to local nonprofits and other causes with the concert series, which nearly 30 businesses have sponsored.

Then there are fundraiser special events and beers.

“We’ve done so many fundraisers,” Cowart said. One of the most notable was creating a beer in collaboration with Sierra Nevada Brewing that helped those impacted by the Paradise, California wildfire.

Concept to packaging usually takes about six months for a new beer, even at a relatively small microbrewery, Cowart said.

“We watched that one happen in three weeks,” he said. Ingredients for the special beer, marketing materials and more were donated.

Another of the brewery’s beers helped restoration efforts at the Scroggins Mill building in Lebanon, where Cowart’s family bought grain for cattle when he was a youngster.

One of the major changes for Conversion is that the business now sells cans of its beers on site. Canning started thanks to the Gambler 500 in 2018. Cowart collaborated with the organizer of the event, who is a homebrewer, to create a session IPA for the Gambler, and they decided it needed to be packaged in cans.

Four varieties of beer were available in cans during a recent visit to Conversion, including a beer made with local clothing company Santiam Outdoor Apparel.

Cowart stressed that his priority isn’t about making money. That just happens to be a byproduct of running a successful brewpub.

“The biggest thing that sets us apart is all the collaborations we do,” Cowart said.

But there’s another unofficial title he’s thrilled about, as well. Margin has been nicknamed Albany’s living room on social media (#albanyslivingroom).

The coffee shop, which includes an area with couches, is both sparse and comfy. Many locals consider it the perfect place to sit and chat with friends, do some work away from the office or study for classes at Linn-Benton Community College.

“Our regulars are really loyal. We got a lot of people in every week where we know their names, we know their drinks. We’re definitely not a cookie-cutter coffee shop,” he added.

The business opened in July 2018, and some expected it to fail.

“Other coffee shops came and went,” Anderson said. “It was a little bit unnerving starting this, a lot of doubt.”

But Margin is about a year ahead of Anderson’s goals for his business. “It’s been really encouraging,” he said.

Oregon Main Street noted the cooperative efforts of the business, which holds community events and fundraisers.

Anderson also is eagerly awaiting the reopening of Novak’s Hungarian Restaurant, which also is next door and has been closed due to a fire.

“The busier all of us are, the better it is for all of us,” Anderson said.

• The city of Lebanon won the award for outstanding partnership. According to an Oregon Main Street news release, the city and the Lebanon Downtown Association are listed among 20 strategic action items in Lebanon’s 2040 Vision and Plan.

• The Lebanon Downtown Association’s Dala Johnson won the award for board member of the year. She has been involved with the organization for the past 12 years either as a board member or volunteer. Johnson helped the association create a more diverse funding base, including working with the city for support through the transient lodging tax.

• Lebanon’s T.W.E.R.K Project (the Treml’s Jewelry Inc. transom restoration done by the King family) won the award for best design education activity. The building was used as a model for using available resources and best practices in historic preservation. Since this project was completed, four more transom restoration projects are underway, according to Oregon Main Street.

• Albany’s 206½ Hotel won the award best upper floor renovation. Ashlee Graybeal restored a historic boarding house to create a seven-unit boutique hotel which is the first of its kind downtown. She focused on refurbishing the space with vintage and recycled pieces mostly sourced from Willamette Valley companies, according to Oregon Main Street. 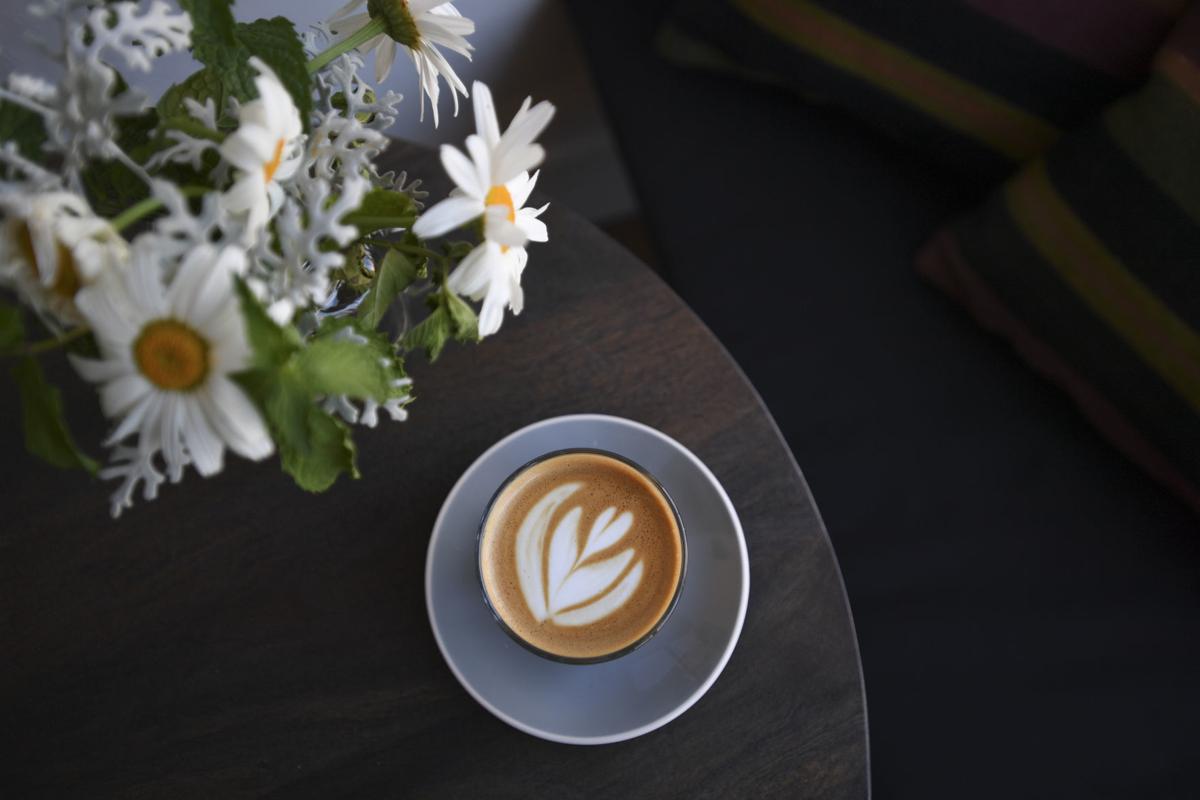 A cortada is seen at Margin Coffee on Wednesday. 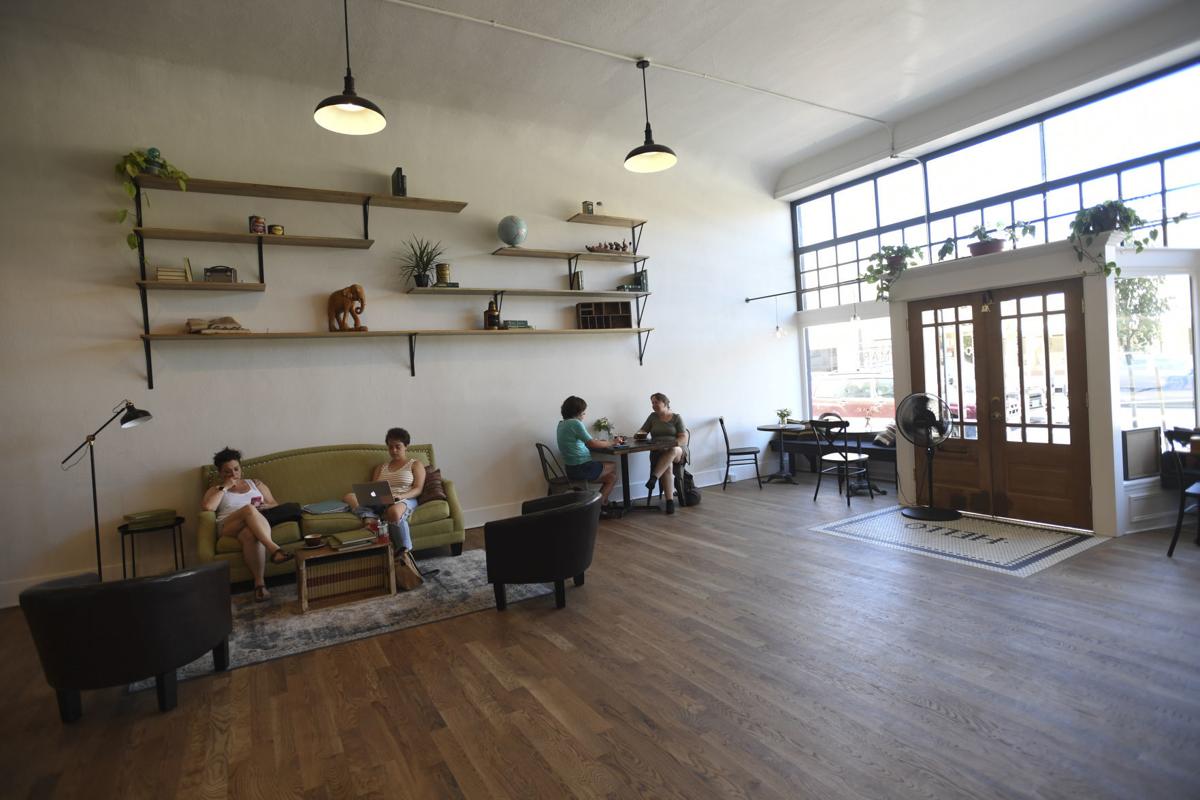 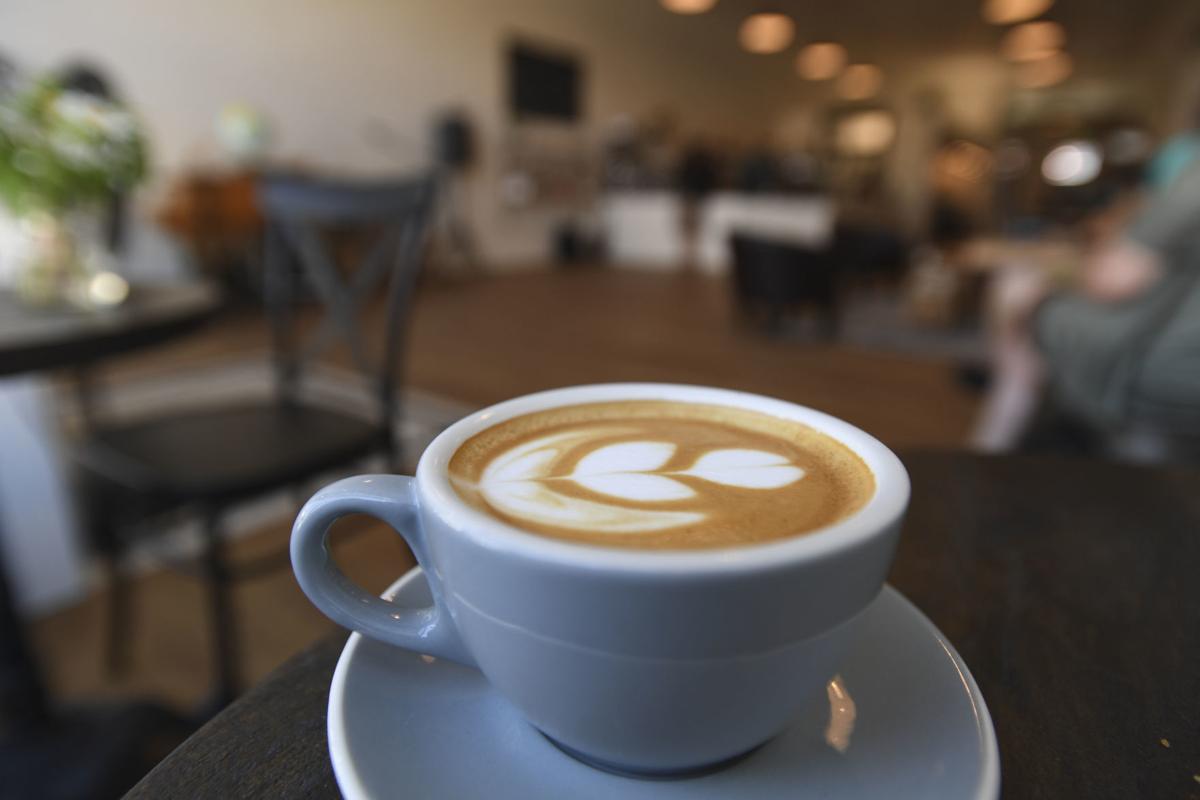 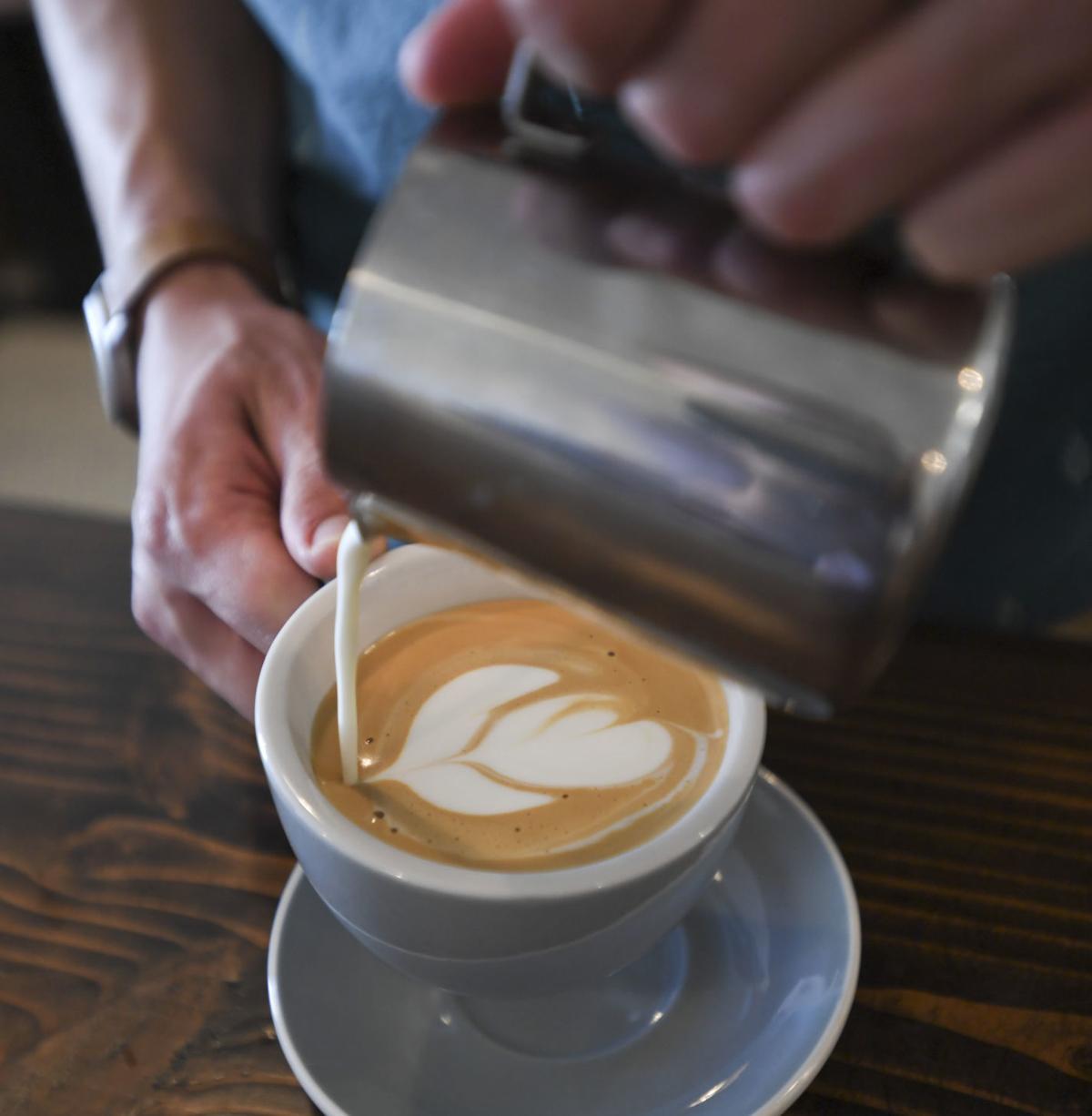 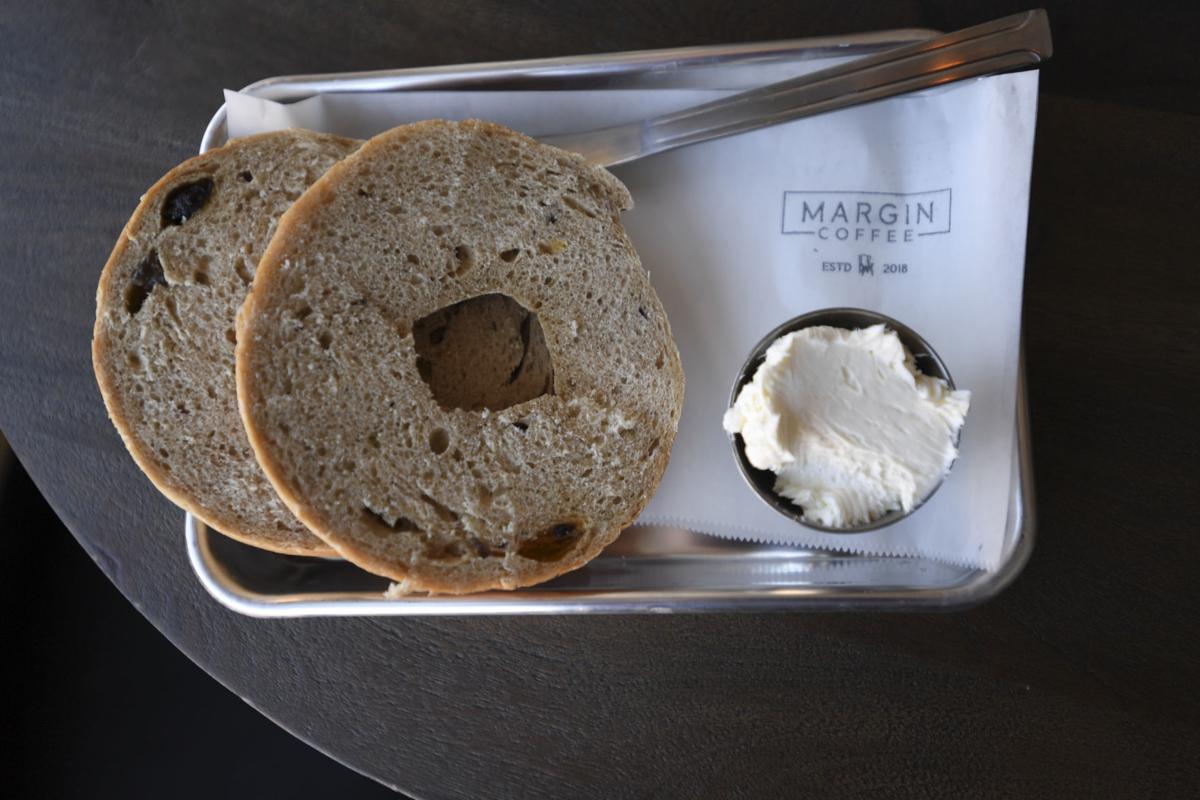 A cinnamon-raisin bagel with plain cream cheese is prepared at Margin Coffee. 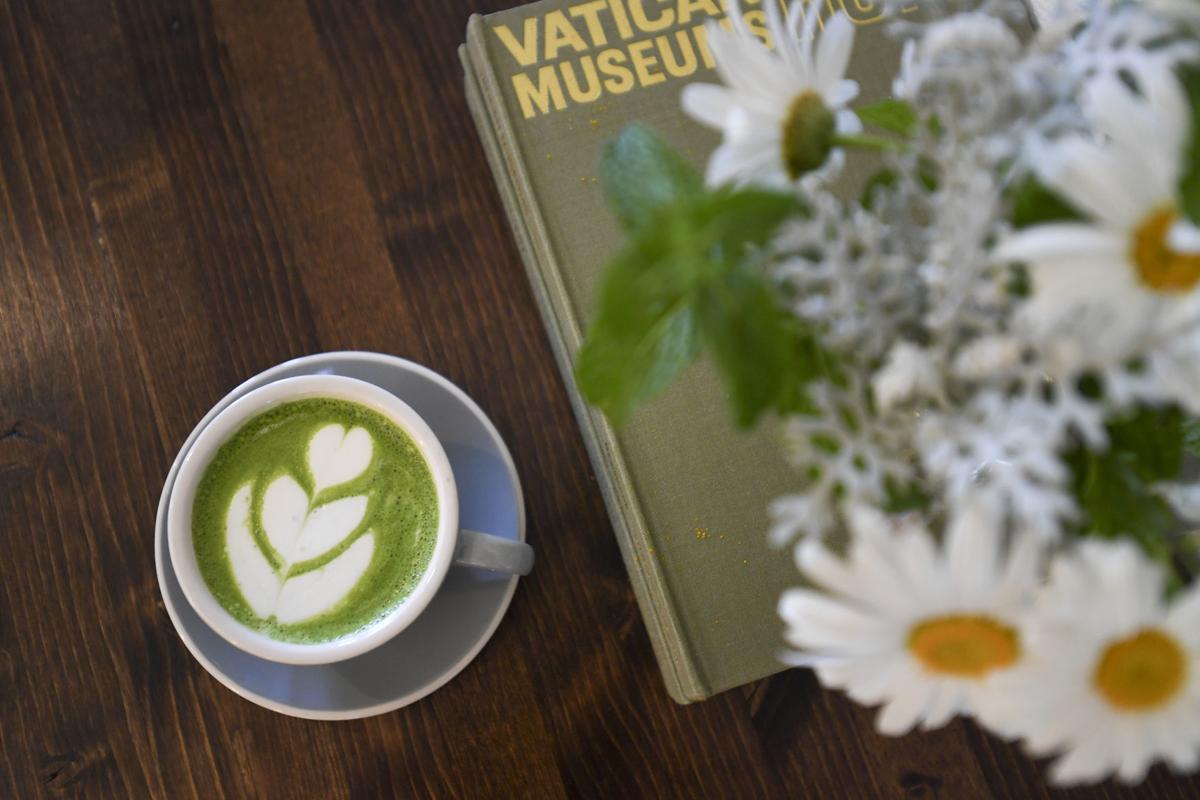 A matcha latte is ready at Margin Coffee. 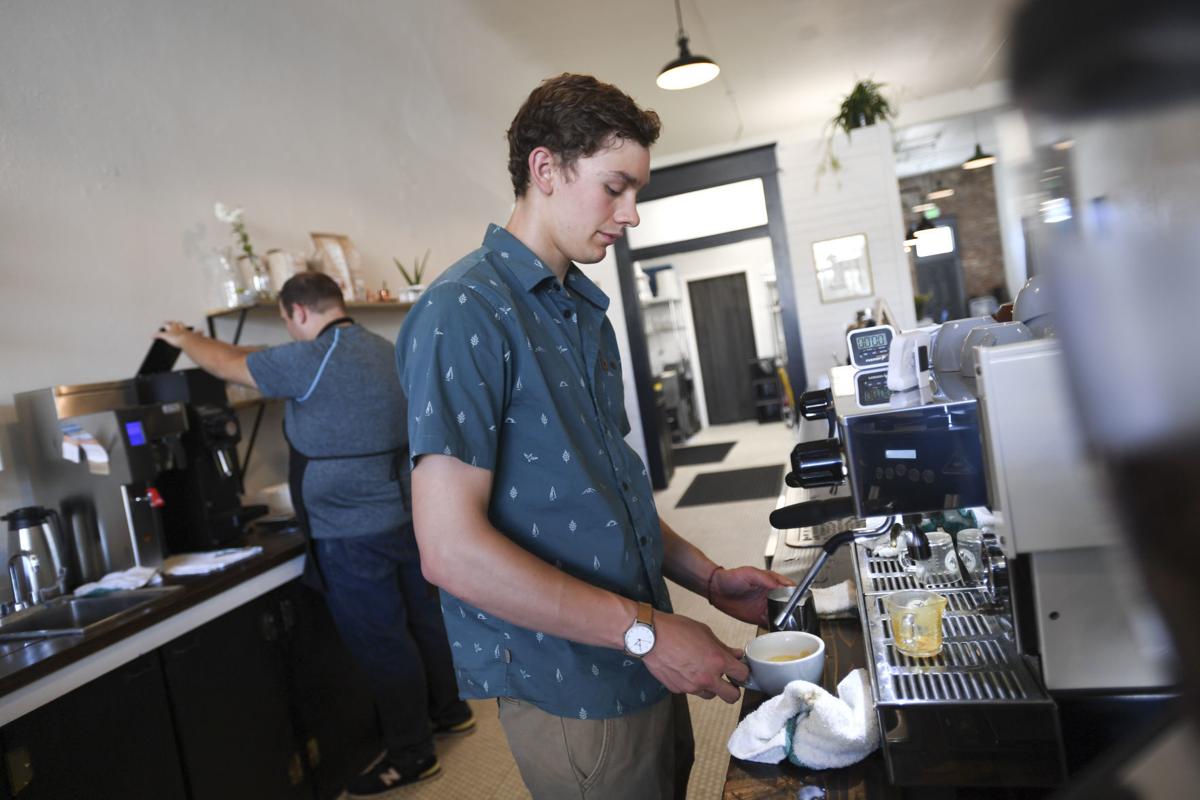 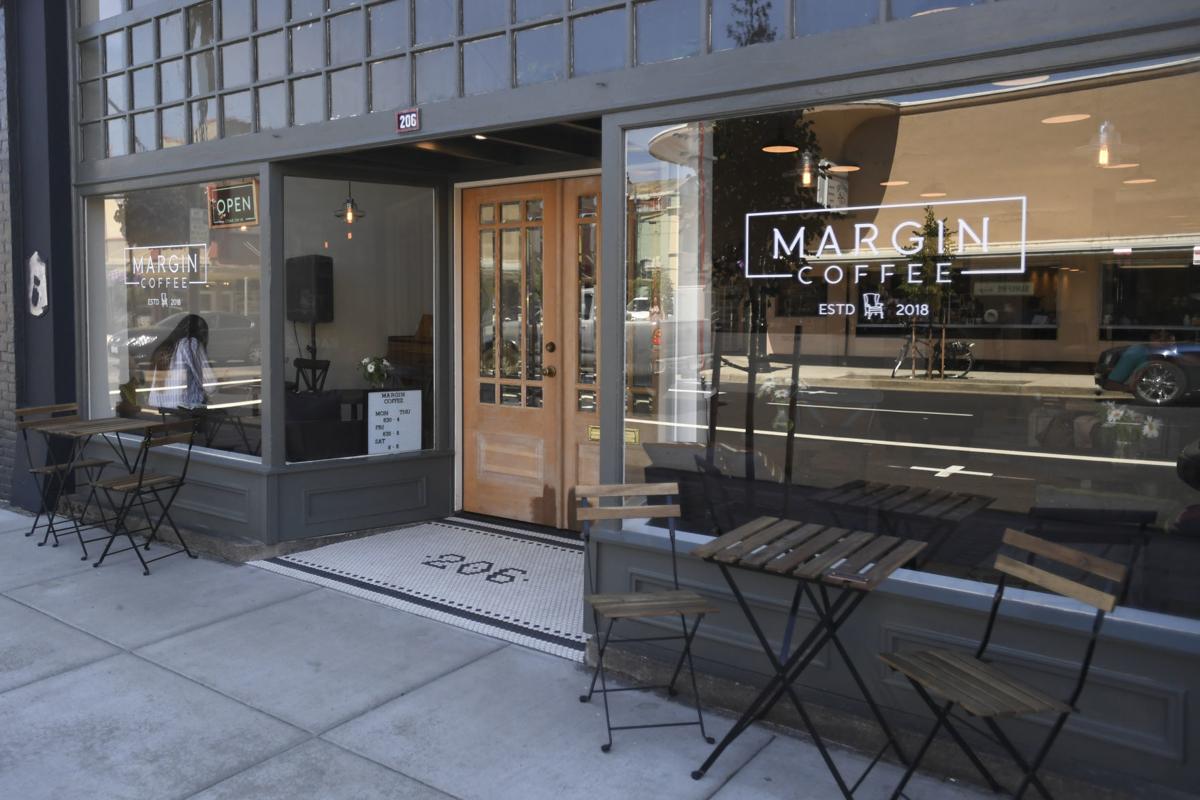 Margin Coffee is at 206 Second Ave. SW in Albany.

A cortada is seen at Margin Coffee on Wednesday.

A cinnamon-raisin bagel with plain cream cheese is prepared at Margin Coffee.

A matcha latte is ready at Margin Coffee.

Margin Coffee is at 206 Second Ave. SW in Albany.

The mid-Willamette Valley has been honored regularly by Oregon Main Street in recent years.

In 2017, the Pix Theatre in Albany was named the organization’s business of the year and the Albany Historic Carousel & Museum won outstanding special project.

In 2015, the Natty Dresser in downtown Albany was named best new business and also won the best interior renovation award by the organization.

Converting people to microbrews in Lebanon

LEBANON — For more than a decade, home-brewer Matt Cowart has converted his friends to craft beers, getting them to switch from large domestic…

People’s lives can be crowded, and Gabe Anderson wants Albany residents to get away from the hustle and bustle and take time to reset and for …

Eric Howitt said the best advertisement for his business is the smoke that wafts from behind Cascade BBQ.

Tom Shellhammer ripped a cone of hops in half and rubbed the two pieces together.

Paul Fox believes there’s plenty of room for another sports bar and restaurant in Corvallis, especially since the city is home to fervent fans…

The holiday shopping season hits full stride on Black Friday, and, just a reminder, Thursday’s newspaper will be absolutely stuffed with adver…

Vivacity purchases Calapooia, but pub to remain largely the same

Matt Cowart, owner of Conversion Brewing, said that what sets his business apart is its collaborations with other businesses and organizations in Lebanon. Conversion recently was named business of the year in Oregon Main Street's Excellence in Downtown Revitalization Awards.

Conversion Brewing now has four varieties of canned beer for sale at its brewpub in downtown Lebanon.