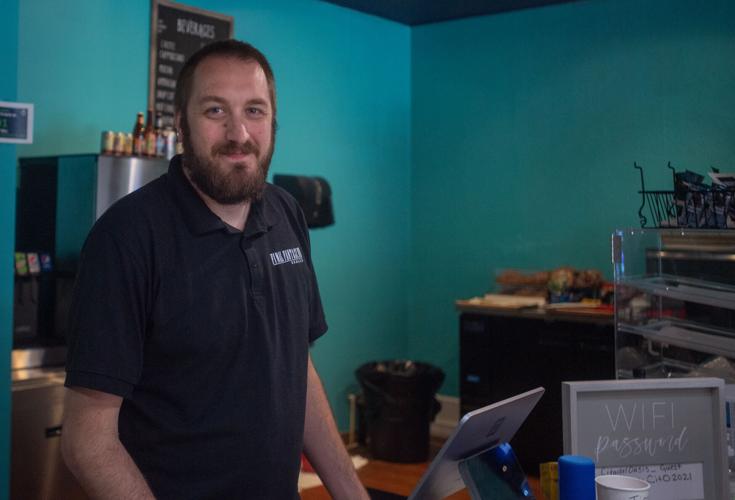 Chris Ligterink owns Citadel Oasis in downtown Albany, which will be closing at the end of August 2022. 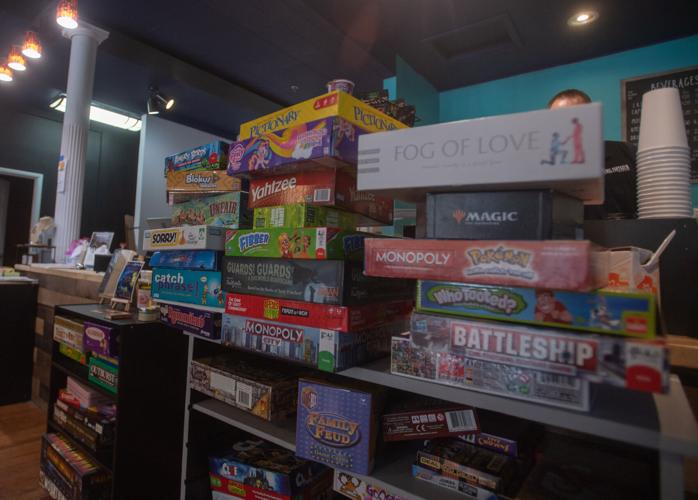 Citadel Oasis in downtown Albany offers a wide variety of board games for customers as well as a ping pong table. 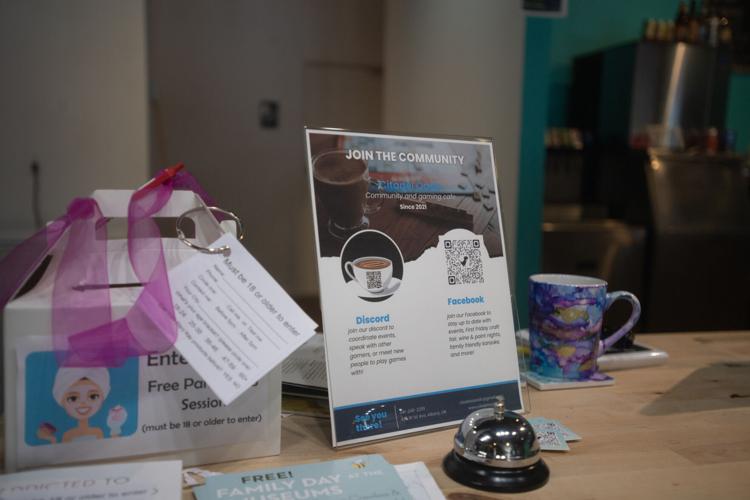 Citadel Oasis was designed to be a gaming café that allows customers a chance to participate in games while also enjoying coffee in downtown Albany.

When a local business owner opened a café in downtown Albany, he wanted to create a gathering space for the community — but not everyone has welcomed his business with open arms.

The twist is that the disgruntled patron who he alleges has warded off potential customers is a member of the very organization that is supposed to cheerlead downtown businesses.

Now, after only a nine-month run, Chris Ligterink and fiancée Brandi Wachsmuth will be closing Citadel Oasis at the end of August. The reason, he said, is a combination of factors, one of them being a member of the Albany Downtown Association scaring away customers.

“We hope the next person who starts a business doesn’t have to go through this," Ligterink said.

In a statement, the Albany Downtown Association said its member had no ill intent and has has been "coached" about her online conduct.

A café meant for fun

Blue and white paper lanterns line the windows, games are stacked at the register, everything from Monopoly to Dungeons and Dragons. Fliers and scrawled white letters note times for open mic, karaoke and trivia night. There’s an abundance of chairs, pillows and tables, but the seats are mostly empty.

Ligterink said downtown Albany doesn’t have as much foot traffic as he hoped, and he believes the words of an Albany Downtown Association board member may have also contributed to the thin numbers.

He said a faithful customer reached out to him to let him know Beth Lopes-Walker, an association member, had been complaining via Facebook messages about the quality and service of Citadel Oasis, discouraging patronage there.

He shared screenshots of the interaction.

When asked what drove her to engage with the Citadel Oasis customer, Lopes-Walker, owner of La Belle Boutique downtown, said she "doesn't know."

Lopes-Walker has worked downtown for over 30 years, feels very passionate about the area and felt she had to defend downtown after Ligterink made a post “bashing downtown and the mayor for failing businesses.”

She said her decision was a personal one regarding her own money, and she still promotes events for Citadel Oasis on Facebook.

According to a news release put out by the Albany Downtown Association — which acknowledged the controversy but did not identify Lopes-Walker by name — the member was acting as a private community member rather than a member of the ADA.

“They were then coached on how their online conduct could be misconstrued as representing the Albany Downtown Association, even when they are acting as a community member,“ the news release read.

The board member has not reached out to anyone else on social media since, according to the news release.

Ligterink acknowledged he has no way to measure how Lopes-Walker's interactions have affected his business or how many times it happened. But he believes her stature in the community made her comments hold more weight.

“People are entitled to their opinions," he said, “but she utilized her position as an ADA member. People listen to her.”

The screenshots do not show Lopes-Walker identifying herself as a member of the Albany Downtown Association.

The shop opened in October, and not without its challenges. From the beginning, there were electrical issues, meaning no two appliances in the kitchen could be used at once. When Ligterink is making a sandwich, he has to toast the bread, then unplug the toaster to put bacon in the oven.

October marked the subsiding of the COVID-19 delta variant, and he thought they were out of the woods. But then omicron struck. Since his doors opened, Ligterink hasn’t seen a profit. His fiancée, Wachsmuth, had to get a remote job to support them and their child.

Ligterink owns up to his own missteps: There are some things he would have done differently, he acknowledges. But the first-time business owner is “frustrated” with the city for not putting in more effort to attract visitors downtown.

Planting a new business was difficult because they didn’t qualify for many grants and loans other business owners did. Help was available for businesses established before February 2020, not for those who were striking out mid-pandemic.

Ligterink said he isn’t the only one struggling downtown.

“Business is not near what it was," agreed Al Severson, who owns The Frame House. The prices of materials have gone up, and people are reluctant to spend their money on luxury items like frames, he said.

But down the street at The Brim Coffee Co., “Business has actually been really good," owner Tiesha Williams said.

She also opened her coffee shop during the pandemic, about the same time as Citadel Oasis, but Williams said she has built a base of loyal customers who regularly frequent the place. Some come as often as five days a week.

A matter of branding?

Ligterink believes branding could be driving the two outcomes. He doesn’t really want to call his business a coffee shop because he wants to curate a space for people to play games and be with their loved ones.

“We expect people to spend time here,” he said, gesturing to a pair of girls giggling as they played Mancala.

What Ligterink really wanted to do was pay homage to his grandfather, who had lived in Albany most of his life. His grandparents were on their way to Canada when they “stopped for coffee in Albany, fell in love and never left.”

“That is the spot that I wanted to create,” Ligterink said. And although Citadel Oasis’ doors are closing and the future seems uncertain, he is determined to create a space that people fall in love with.

“We aren’t giving up," Ligterink said. "We will open again.”

Editor's note: Due to a technical glitch, an earlier version of this story replaced the final version, which is now restored.

Why gas prices are finally letting up and for how long

Why gas prices are finally letting up and for how long

Why you should reframe your relationship to money

Why you should reframe your relationship to money

Chris Ligterink owns Citadel Oasis in downtown Albany, which will be closing at the end of August 2022.

Citadel Oasis in downtown Albany offers a wide variety of board games for customers as well as a ping pong table.

Citadel Oasis was designed to be a gaming café that allows customers a chance to participate in games while also enjoying coffee in downtown Albany.