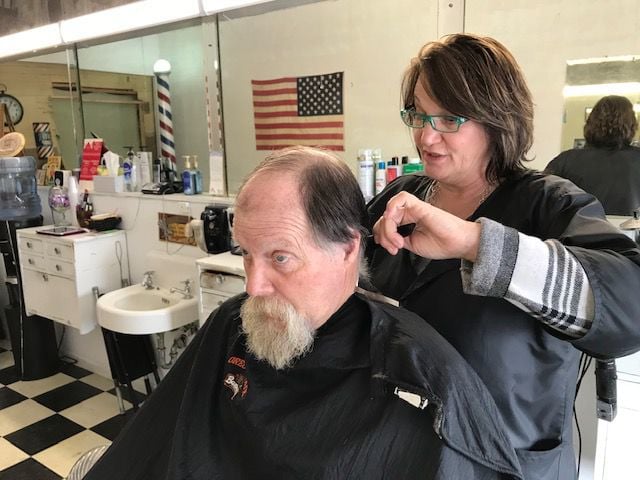 Debbie George cuts the hair of Dan Thackaberry of Lebanon on Friday at Personal Barber Shop in downtown Albany. Parnell Person, who operated the business for decades, died last year, and George is the new owner of the business. 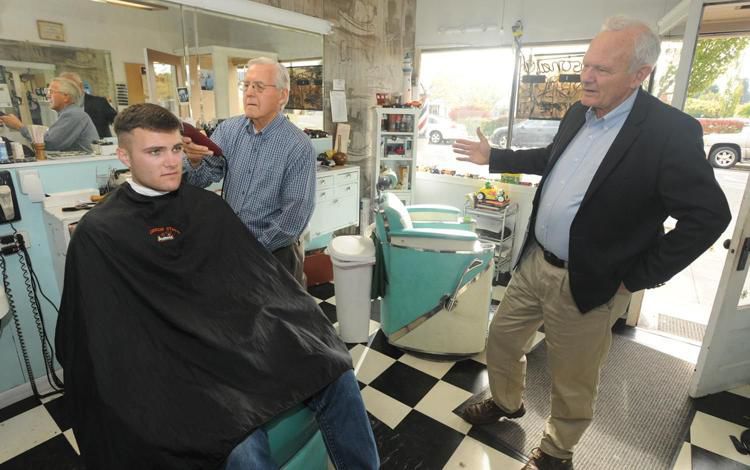 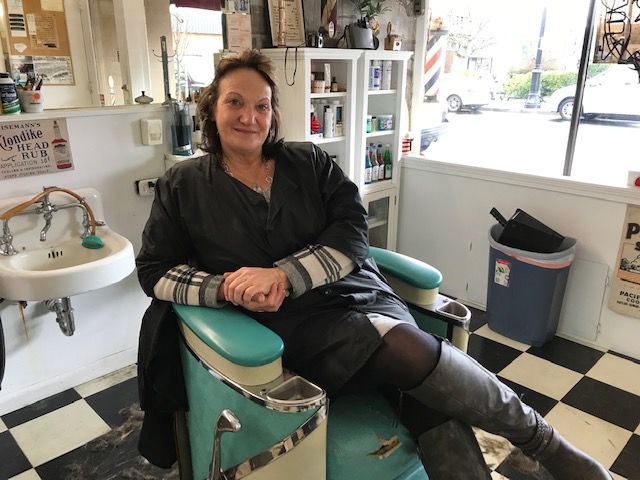 Debbie George is the new owner of the Personal Barber Shop in downtown Albany.

Debbie George remembers riding her bike into downtown Albany and seeing a barber pole spinning outside Parnell Person’s shop like a beacon, visible from blocks away.

Person died Dec. 6 at age 85, but his barbershop survives. And George is the new owner and clipping hair at the Personal Barber Shop, 335 Second Ave. SW.

“Any barber would want this shop. It has a built-in clientele, and you’re right downtown on a main street,” George said. “He was such an icon,” she added.

George first filled in for Person about five years ago when he had a stroke. When his health was failing more recently, George became Person’s substitute barber again.

In June, with Person unable to return, George signed a contract to take over the business permanently.

“Because he had been in business for so long, I just can’t walk away from it,” George said. “We have to keep it alive. The barber pole has to turn.”

Person, who grew up in Jefferson, operated the Personal Barber Shop after purchasing the business from Bart Layman in 1973, according to Democrat-Herald archives. The shop was already a fixture on the downtown Albany scene, having opened in the early 1950s.

The shop became an affordable throwback in more recent years, and Person was part of the old school appeal. “There was nowhere else in town you could get a $12 haircut and a sermon. He had an opinion on everything, and he was very knowledgeable,” George said.

Person was a member of the Albany Seventh Day Adventist church.

George has been a barber since 1983, and credited her counselor at South Albany High School for suggesting the profession because of her talkative nature.

“I’ve loved it,” she said. “You meet a lot of different people and although you’re cutting hair, you’re not doing the same haircut. It’s not repetitive.”

George is on track to graduate from Western Oregon University in June with a degree in criminal justice, but she doesn’t plan to change careers.

“I’m going to still be a barber. I guess I’m just destined to be a barber until I choke on a hairball or something,” she said.

“Some of Parnell’s clients have gone elsewhere. That happens. Some men don’t want a woman to cut their hair. A lot have stayed, though,” George said.

George doesn’t have any major changes in store for the business, and the name will remain as a tribute to Person.

She plans on doing a bit of remodeling, however, and may add a store in the back with items from estate sales she handles on Saturdays.

Vivacity purchases Calapooia, but pub to remain largely the same

Debbie George cuts the hair of Dan Thackaberry of Lebanon on Friday at Personal Barber Shop in downtown Albany. Parnell Person, who operated the business for decades, died last year, and George is the new owner of the business.

Debbie George is the new owner of the Personal Barber Shop in downtown Albany.