'Do you miss me yet?' Trump calls for GOP unity, blasts Biden, repeats false election claims

Put the needle on the record: Vinyl sales surge during pandemic
Share this
{{featured_button_text}}
1 of 4 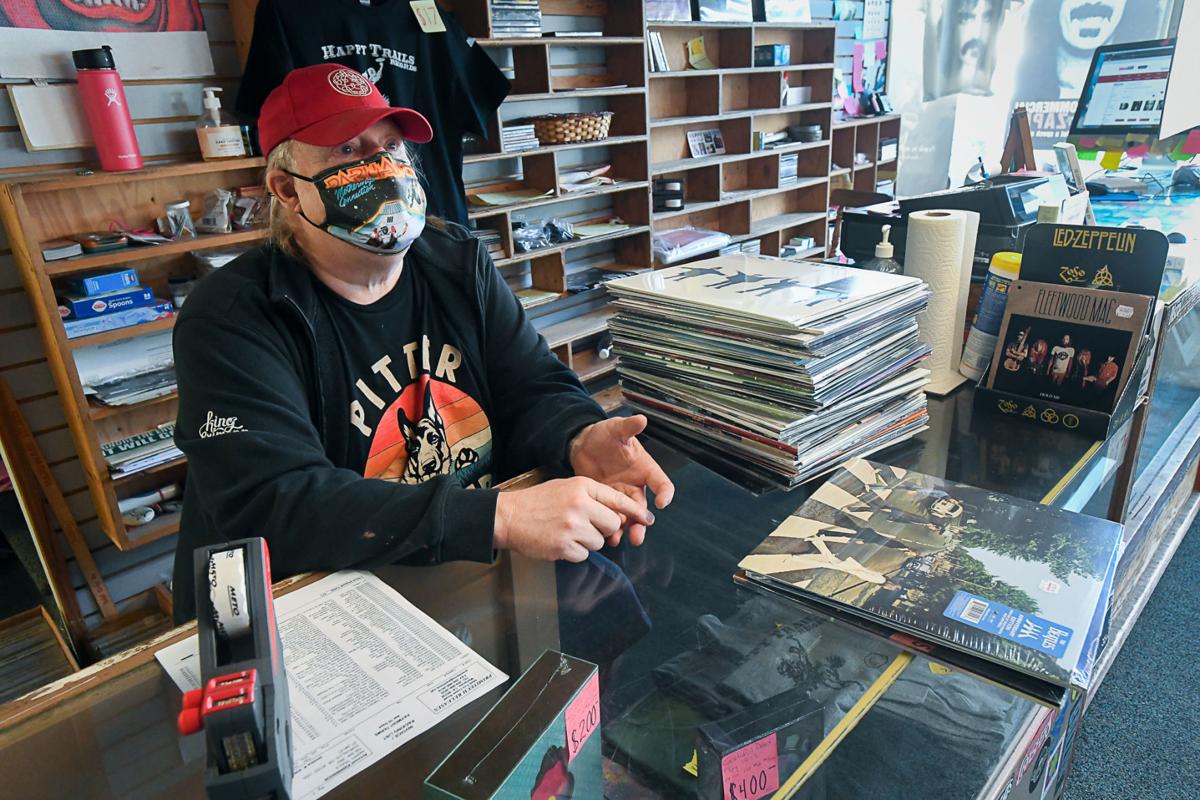 Doug DiCarolis of Happy Trails Records in Corvallis said he can't meet demand for records due to supply problems and the increased interest during the pandemic. 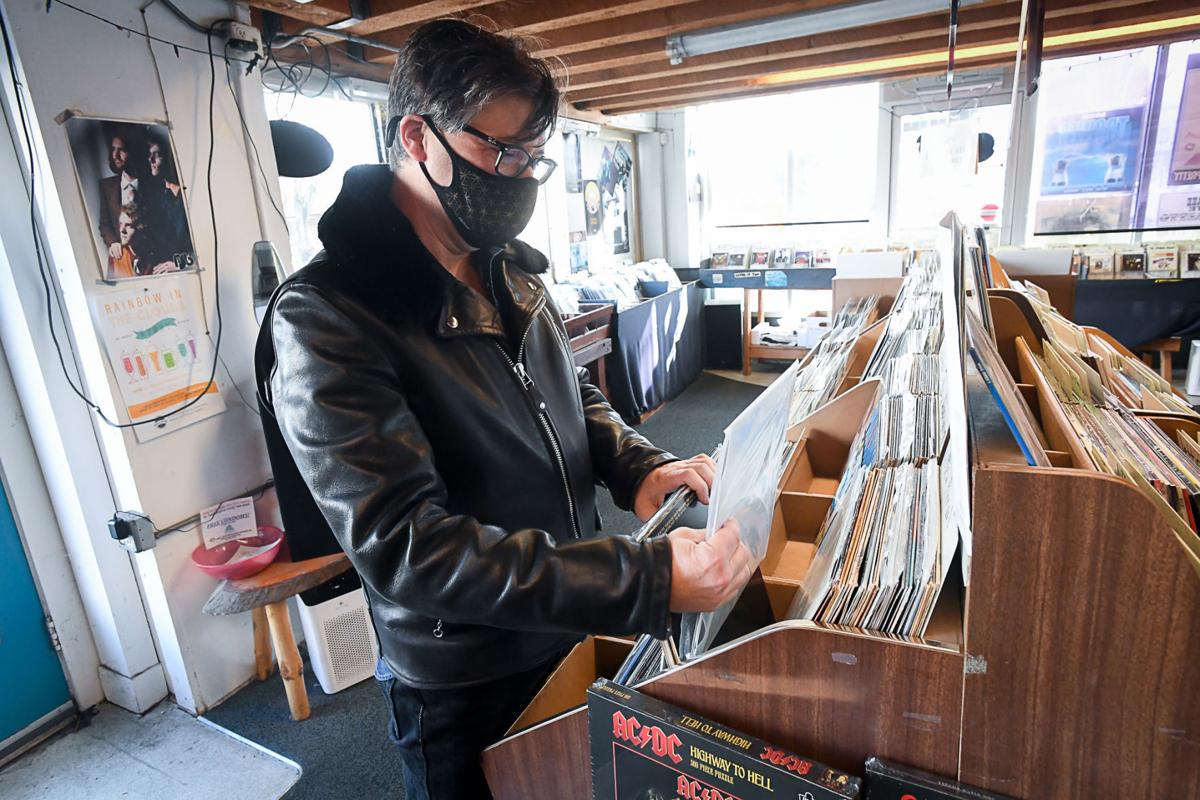 Brian Wood of Corvallis looks through the new arrivals at Happy Trails Records in Corvallis recently. 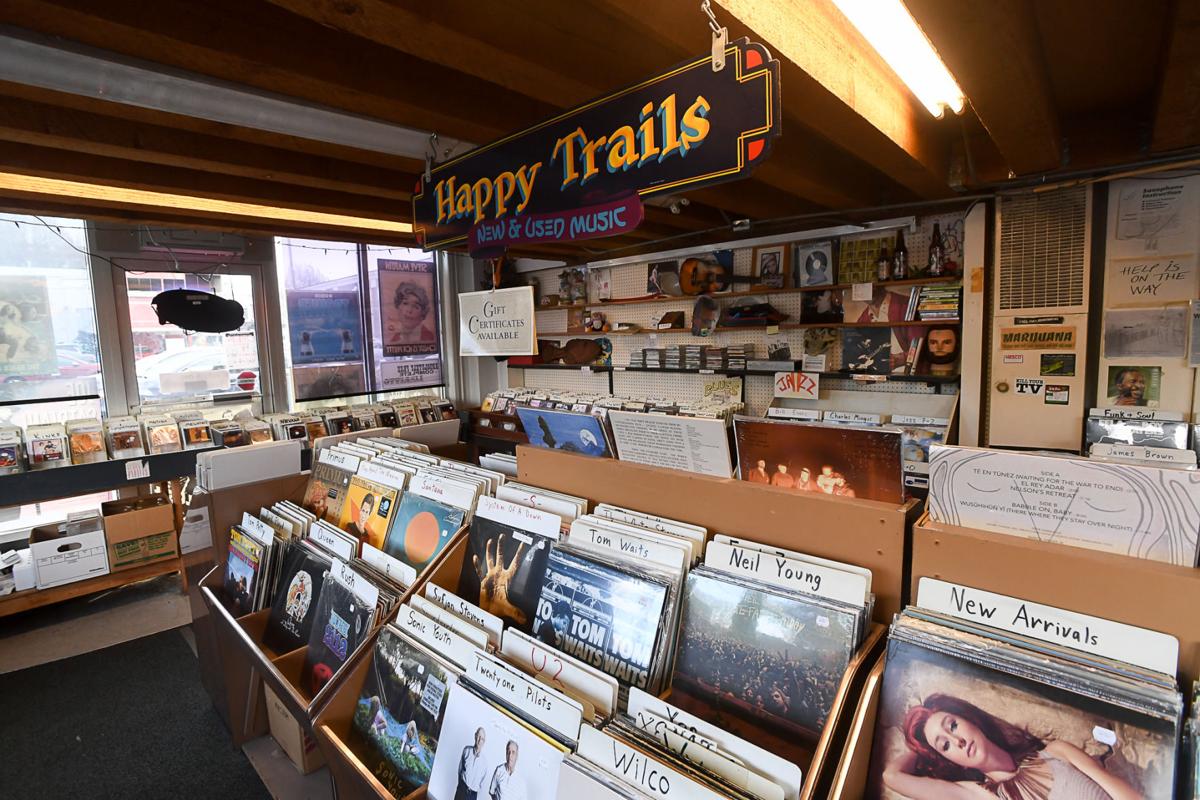 Happy Trails Records in downtown Corvallis has been operating for 46 years, and mostly sells rock and roll and hip-hop albums. 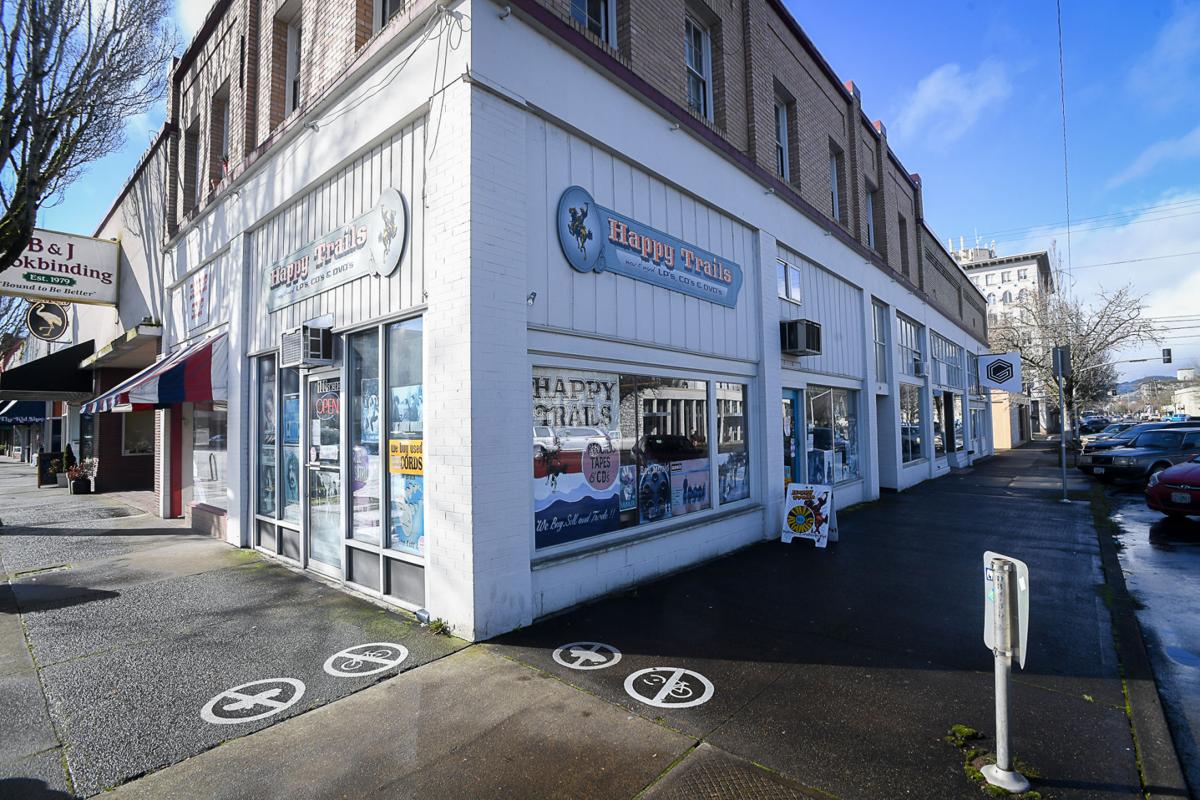 Happy Trails Records is at 100 S.W. Third St. in Corvallis.

Doug DiCarolis, owner of Happy Trails Records in downtown Corvallis, said consumer listening habits have changed due to the novel coronavirus pandemic, leading to an increase in vinyl sales.

“It’s something you can do at home. People are staying at home more than they used to. It’s definitely raised the demand significantly,” DiCarolis said.

“We’d be selling a lot more records if we had a steady supply,” he added. “I turn away a lot of customers because we can’t get everything in stock all the time.”

As if on cue, a customer came in and asked for “Harvest Moon” by Neil Young. DiCarolis explained that he hasn’t had the album on the shelves in two months.

“Dark Side of the Moon,” a Pink Floyd album, and other classic records also have been increasingly difficult to come by.

That’s in part because the largest master record pressing plant in the world burned to the ground about a year ago.

But there’s also simply increased demand for LPs in Corvallis, even without many Oregon State University students in town.

When the pandemic first hit, DiCarolis was closed for about two months, and he felt panicked because he didn’t know how business would go when he reopened. Turns out he needn’t have worried.

“There are certain businesses the pandemic gave a boost to. I’m just very lucky I’m not in the restaurant business,” DiCarolis said.

Happy Trails, 100 S.W. Third St., has been in business for 46 years, and most sales are rock and roll and hip-hop. But the shop also has a selection of jazz, R&B, soul and other genres.

While compact discs still are offered, those don’t sell at a high rate anymore thanks to digital streaming services.

“About 90% of what we sell are vinyl records. That’s the whole reason we’re here,” DiCarolis said.

Record sales have been on the upswing for about a decade. DiCarolis recalled people who told him that the trend was a fad, a phase that listeners were going through. Instead, sales have snowballed.

According to Business Insider, for the first half of 2020, vinyl records actually outperformed compact discs for the first time since the 1980s, totaling $232.1 million compared to $130 million. CDs’ popularity has plummeted nearly 48% compared to the previous six months, however, while record sales were up 3.6%, according to the publication.

Billboard reported that vinyl album sales hit a record high – or at least since records of record sales began being kept in 1991 – right before Christmas, with 1.8 million LPs sold in the week ending Dec. 24.

Figures from these industry reports, however, don’t include the rather robust market on used records.

On a recent weekday, Brian Wood of Corvallis flipped through records at Happy Trails.

What was he looking for? “Well, I don’t know yet, do I?” Wood responded, as he scanned covers.

Wood said he buys albums at Happy Trails a couple times a month on average, and likened records to the music version of the slow food movement.

Also, experts offer advice on how to prioritize your debt payments right now.

Retirement should inspire thoughts of mixed drinks on the beach and long afternoons with the grandkids. But for many people, just mentioning the word spurs anxiety.

Turn Your Quarantine Clutter Into Money

Take a look around your place. If your quarantine habits involved a lot of online shopping, you could turn that clutter into money. Here’s how.

WASHINGTON (AP) — U.S. health advisers endorsed a one-dose COVID-19 vaccine from Johnson & Johnson on Friday, putting the nation on the cusp of adding an easier-to-use option to fight the pandemic.

Baby Boomers Retired At A Record Pace In 2020. Here’s Where They’re Looking To Move

Baby Boomers—the generation born between 1946 and 1964—handed in their resignations at record rates in 2020. On average, 2 million boomers have retired each year since 2011, according to an analysis by Pew Research Center. But in 2020, that number rose to 3.2 million people. Researchers speculate the pandemic might have sped up retirement decisions […]

Doug DiCarolis of Happy Trails Records in Corvallis said he can't meet demand for records due to supply problems and the increased interest during the pandemic.

Brian Wood of Corvallis looks through the new arrivals at Happy Trails Records in Corvallis recently.

Happy Trails Records in downtown Corvallis has been operating for 46 years, and mostly sells rock and roll and hip-hop albums.

Happy Trails Records is at 100 S.W. Third St. in Corvallis.