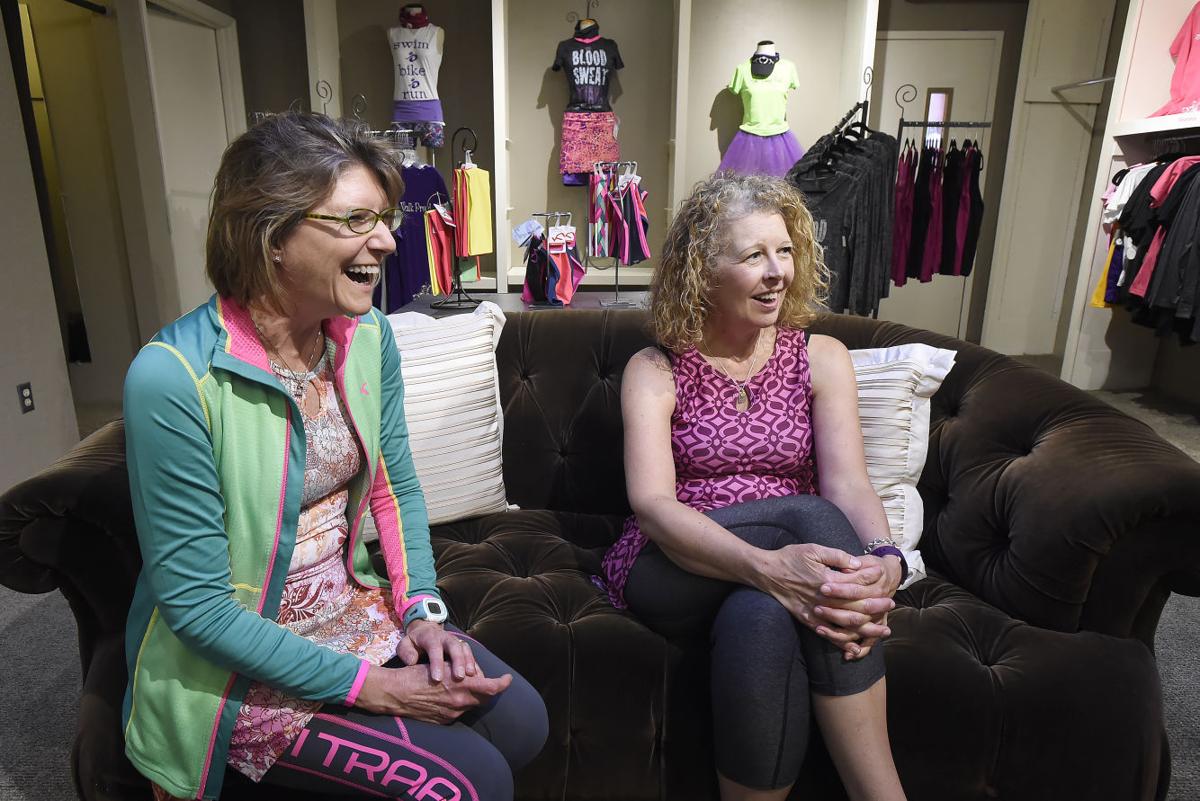 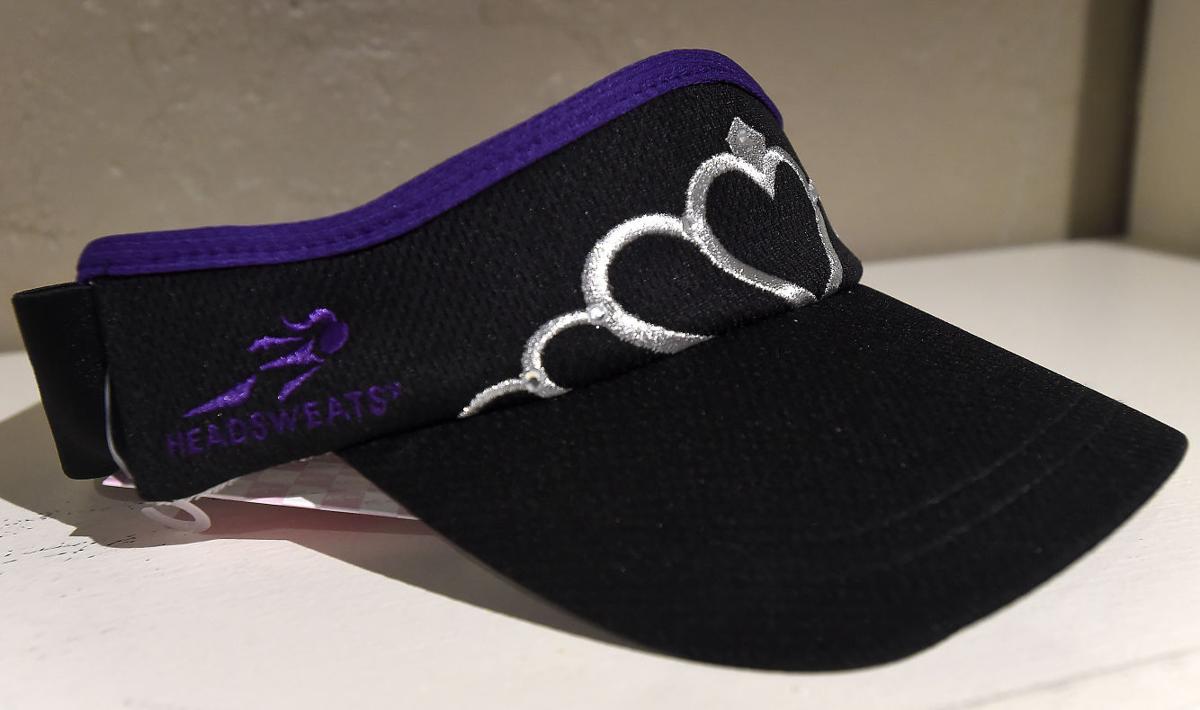 The tiara visor is the most popular item at Running Princess Apparel. 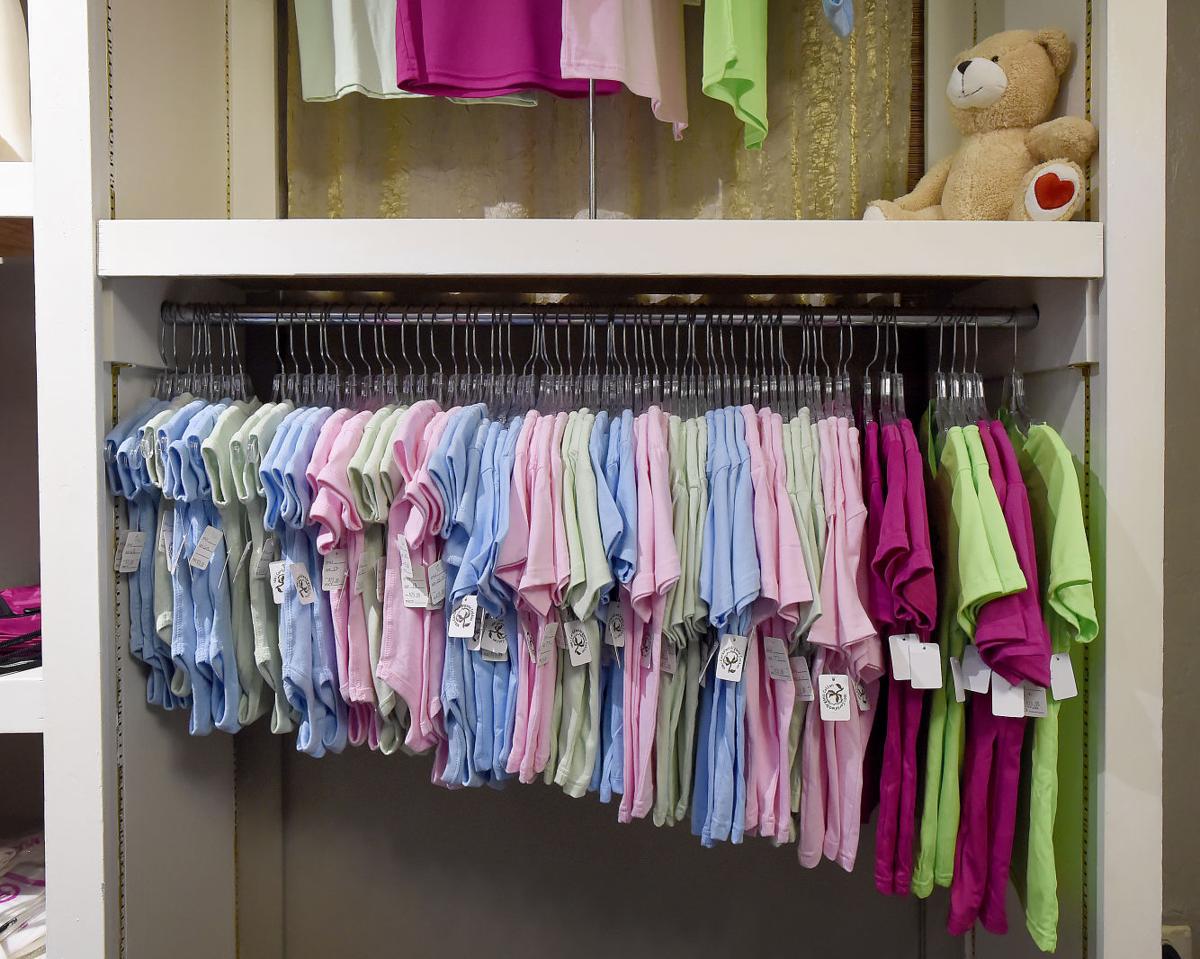 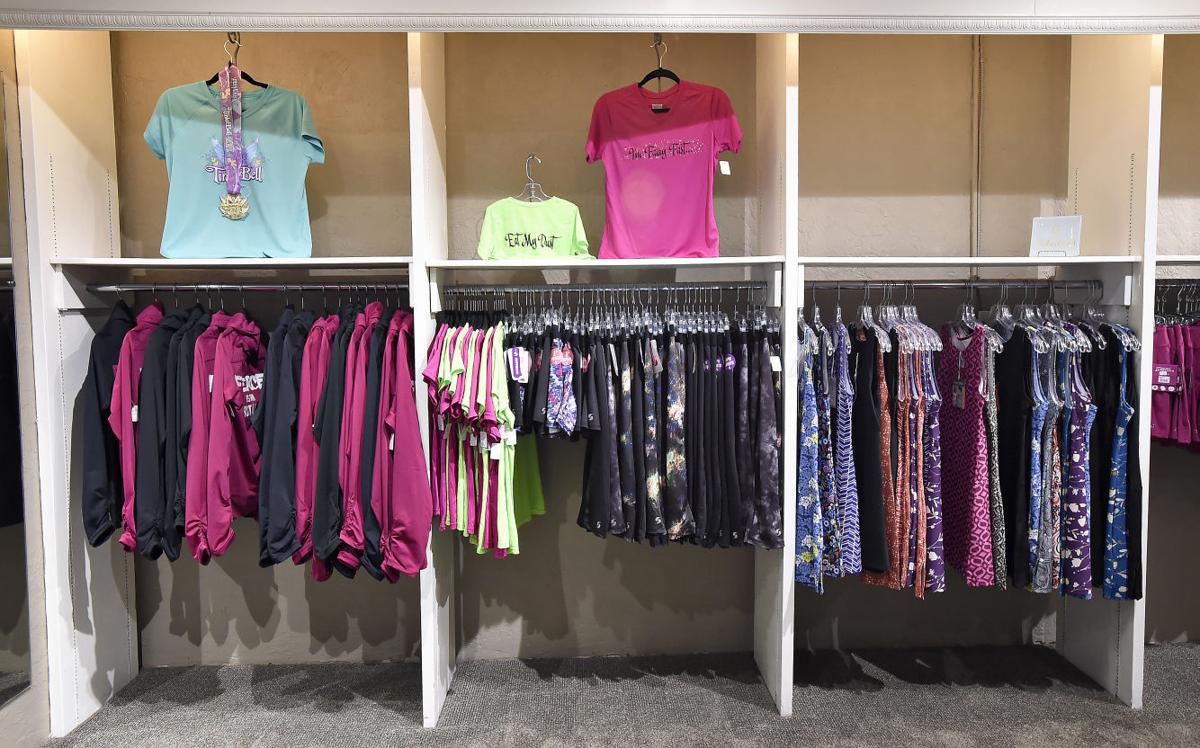 Running Princess Apparel has expanded its offerings in its new retail location.

Lu An Carone-Rhodes doesn’t consider herself a natural runner, but she’s done nearly 40 half-marathons in part because of the race environment.

“It’s got a good vibe,” she said, adding that there’s a sense of excitement and camaraderie among people who have chosen to set goals and test their limits.

She’s hoping to spread those positive feelings with her new business, Running Princess Apparel, which just opened up a store in downtown Corvallis last week.

Running Princess has greatly expanded its offerings, including with a Triathlon Princess line, though the number one seller remains its signature tiara visors.

Nuu Muus also are a hot item. The athletic dress garments, made in Bellingham, Washington, are comfortable and functional for more than just fitness activities, Running Princess representatives said.

“They’re great for anything you can imagine,” said Laura Klarberg, the company’s “expo empress,” who added that she wears a Nuu Muu as a swimming suit cover.

Tracy Byers, vice president of marketing and sales, said she wears one over jeans to business meetings.

“We try to sell things you can’t get anywhere in the near area,” said Carone-Rhodes, “chief operating princess.”

That includes a line of clothing by Norwegian Olympic moguls skier Kari Traa.

“It’s kind of a women-empowerment thing for me. I wanted to start with small, women-owned companies,” Carone-Rhodes said.

Carone-Rhodes, who had been a Running Princess customer, said she purchased the company to change careers.

She had been working as a mental health therapist, and wanted to switch from the difficult and stressful job to do something fun.

Carone-Rhodes said she’d like to see a 50-50 mix between online sales and in-store purchases.

“I think if we get all of our ideas off the ground, the store will fly,” Byers said.

“We would love to have this be a place where we have ladies night and yoga and speakers come in so people can learn about fitness,” Carone-Rhodes said.

And she hopes that the store will provide a supportive environment for those looking to get healthier.

Running Princess has online walking groups for locals to get involved with, and weekly walks for beginners, intermediate and advanced participants start this week.

Besides its shop on online presence, the business also can be found at race expos throughout the United States.

Carone-Rhodes said she plans to support a different charity every year, and this year Running Princess will donate to Girls on the Run Willamette.

Running Princess, 351 S.W. Madison, is located next to the Whiteside Theatre and Burst’s Chocolates. Current hours are from 10 a.m. to 5:30 p.m. Tuesday through Saturday, though Carone-Rhodes hopes to be open seven days a week soon.

For more information, go to www.runningprincess.com, visit the company’s Facebook page or call 541-286-4043.

Building your credit: Myths and reality

Also, check out more of this week's best personal finance tips from experts, including a look at what's new for Medicare open enrollment.

Bitcoin and the world of cryptocurrencies, explained

Bitcoin surged above $66,000 for the first time on Wednesday. But what is Bitcoin? Here are answers to 10 of the most pressing questions many people have about cryptocurrencies.

How to get the best Walmart Black Friday 2021 deals

Walmart is rolling out three sales events with its second annual "Black Friday Deals for Days."

More than 10,000 Deere & Co. workers went on strike Thursday, the first major walkout at the agricultural machinery giant in more than three decades.

Read our guide to find the best mortgage refinance companies for your needs.

The crypto has a history of crashing after steep price surges.

The tiara visor is the most popular item at Running Princess Apparel.

Running Princess Apparel has expanded its offerings in its new retail location.