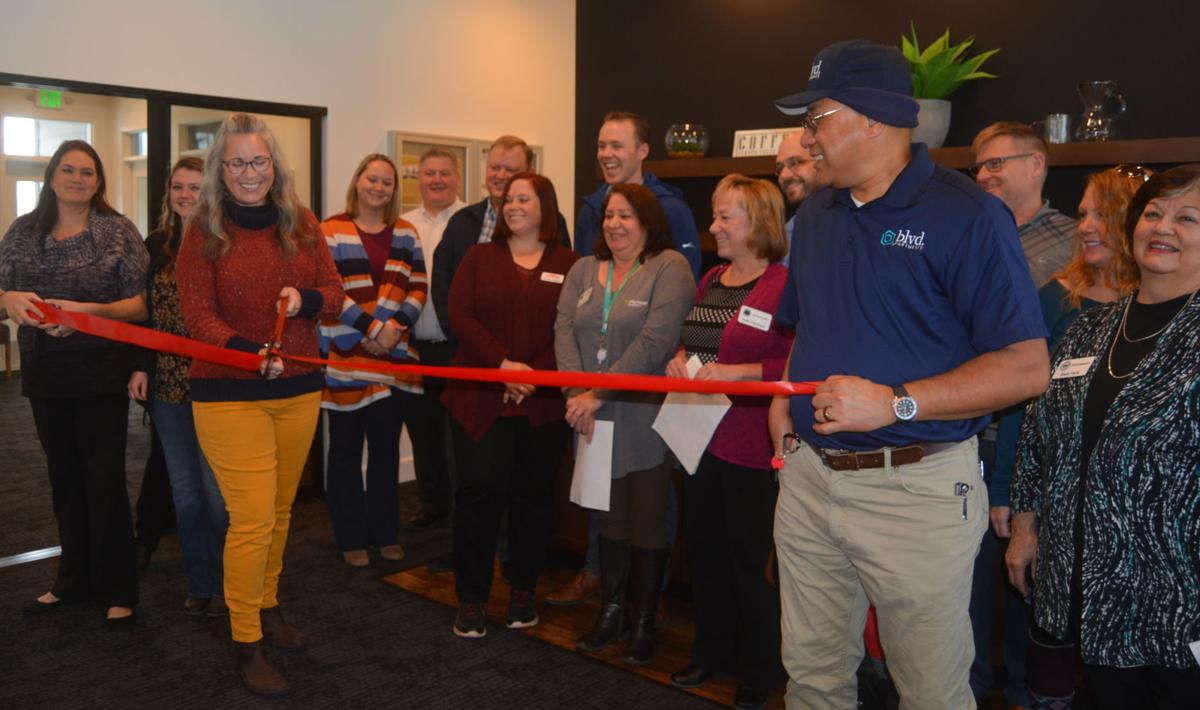 Nina Jellema, community manager at The Boulevard Apartments, does the honors with the oversized scissors during a Philomath Area Chamber of Commerce ribbon-cutting Thursday. 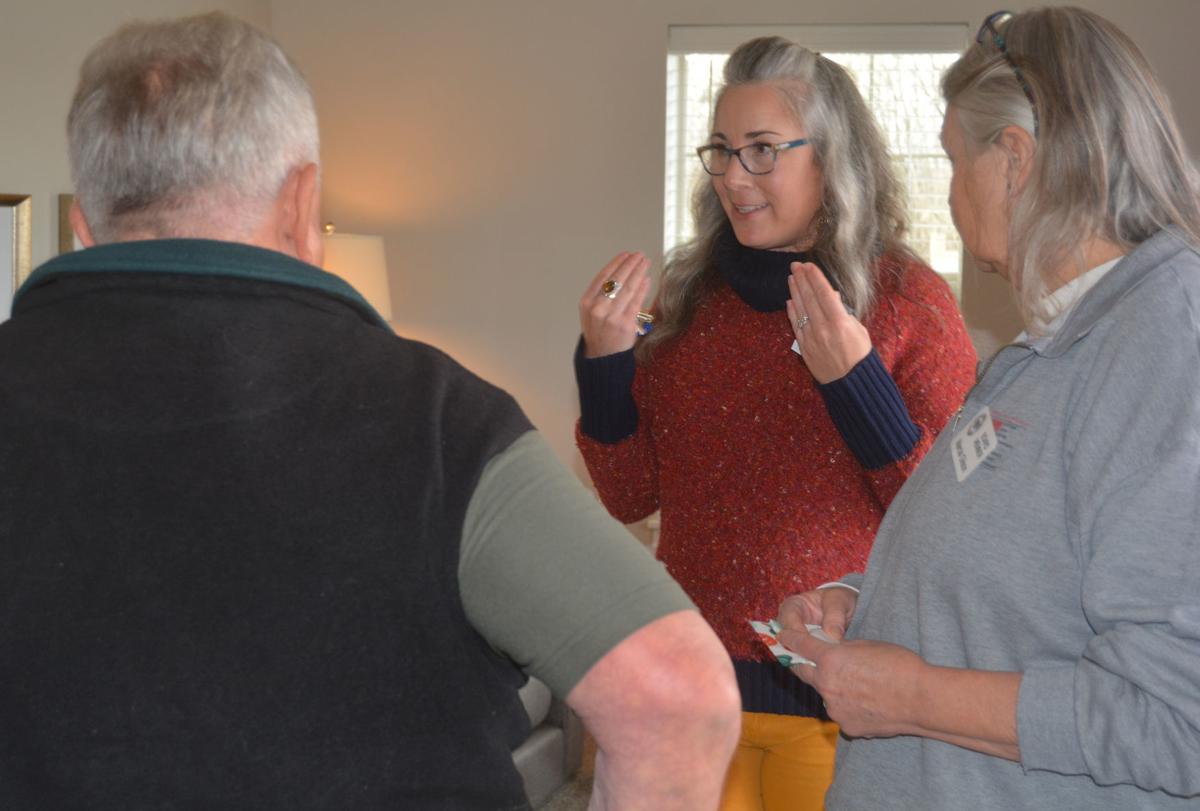 Heading west down the highway into Philomath, one of the most visible examples of the city’s growth spurt can be seen with the construction of The Boulevard Apartments. When finished next summer, the high-end apartment community will feature 258 units.

During a ribbon-cutting ceremony Thursday, Philomath Area Chamber of Commerce ambassadors and a few others from the community got their first look at the complex, including a tour of a typical two-bedroom apartment.

“Basically, our buildings are being released every two to three weeks,” said Nina Jellema, community manager. “Right now, we have, I believe, nine buildings that are almost fully occupied. We have 74 apartments that have been rented and moved into already and we have about 20 that are pre-leased to move into in the future.”

Leasing got off to a fast start with college students looking for apartments late this summer. The pace for renting has slowed but that’s typical for this time of year, Jellema said.

“We are seeing a little bit of a slowdown in comparison (to August and September),” she said. “We were renting probably 25 apartments a month and now we’re going down to about 15. And our traffic has cut down in half when we were getting about 60 visits, phone calls, emails a week and now we’re at about 20 to 30.”

The Boulevard’s units features several different floor plans with one-, two- and three-bedroom apartments with rents that range from $1,125 to $1,625 per month. Amenities include a swimming pool, clubhouse with community workspace, playground, fitness center and dog park.

The Boulevard is one of two new apartment complexes in town — the other being Oak Springs that was built in the North 19th-College Street vicinity.

“What I love about the community is just Philomath — being 45 minutes from the coast, being a few minutes from Corvallis and there are so many great restaurants here. I like to support the smaller, local ma and pa shops,” Jellema said.

But perhaps the best love of all with Jellema’s job — helping people find a new apartment.

“This is new to me, I’m new in my role so I’m learning alongside my co-workers and we’re growing together,” she said. “I love the part of learning together and I love watching people grow and build their confidence.”

Jellema expressed the desire to dive in headfirst with fitting into Philomath.

“I really want to get to know what the needs of Philomath are so we can tap into that and be helpful,” she said. “We’re always trying to minimize negative impact on our residents; we’re always thoughtful when we’re doing things. We always want to know how we’re going to impact people. That’s really something that’s a top priority for our company.”

A project of Mountain West Investments, the complex as of Nov. 1 falls under the business umbrella of Neighborly Ventures.

“Mountain West is still there — they’ll be doing the philanthropy side of the company,” Jellema said. “Helio Management was a property management company that I started with and now those two companies are merging.”

Nina Jellema, community manager at The Boulevard Apartments, does the honors with the oversized scissors during a Philomath Area Chamber of Commerce ribbon-cutting Thursday.