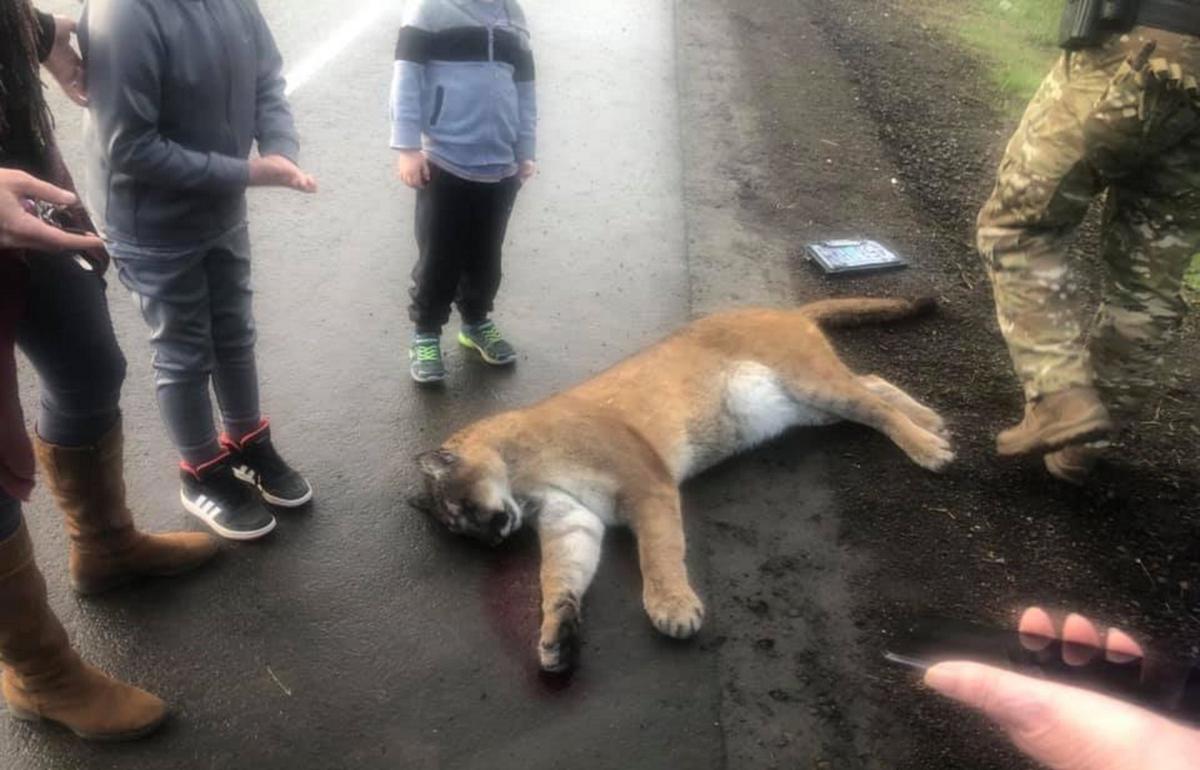 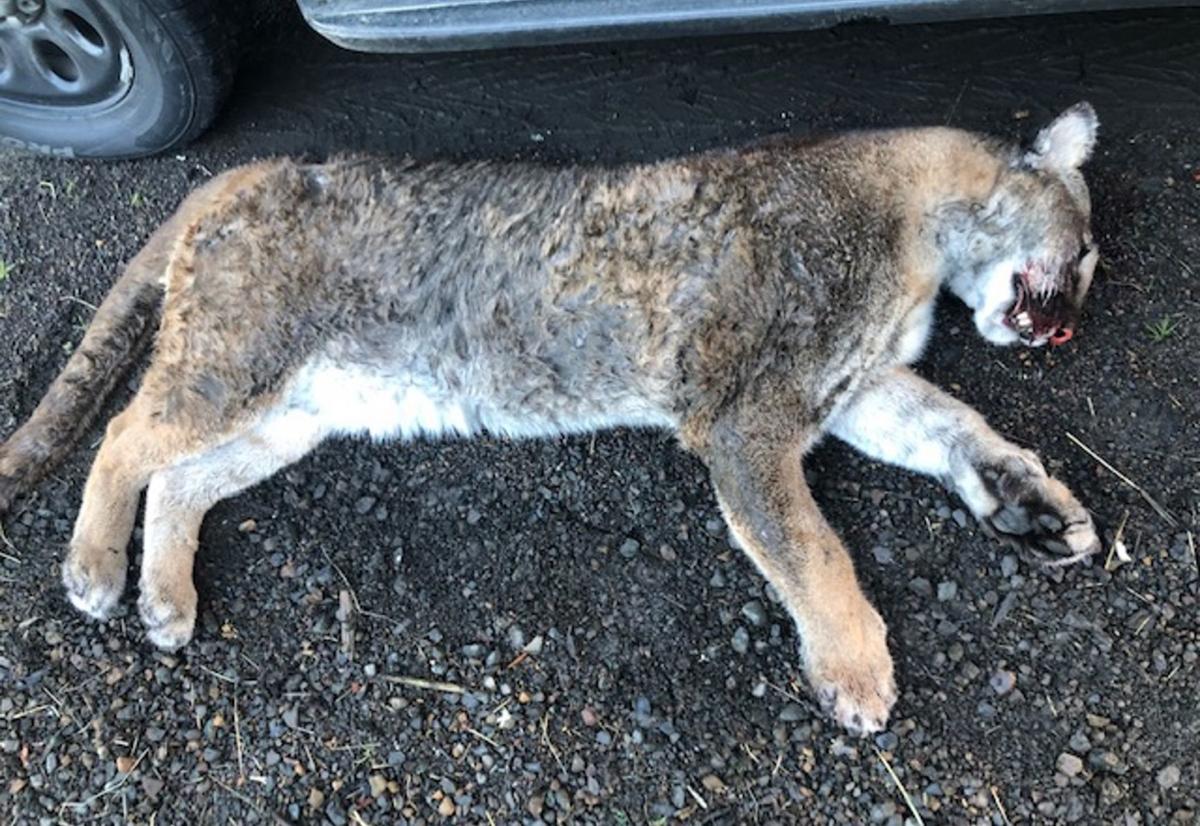 For folks who live on the outskirts of Philomath, it's not uncommon to see a cougar on their property or maybe crossing the road. The interaction between humans and wildlife on occasion advances beyond just sightings with livestock or pets killed.

A 75-year-old Logsdon woman came across a large female cougar Wednesday evening when it ran in front of her 2015 Chevrolet Silverado on Highway 20 near Shrike Way west of Philomath. The cougar was killed and the driver suffered no injuries. There was front bumper damage to the vehicle.

"A large cougar jumped into the roadway near Shrike Way from the north side of the road," Benton County Sheriff's Office Deputy Jeffrey Pratt wrote in his report on the incident, adding that the driver "was unable to avoid striking the cougar."

The incident received some attention on social media by a nearby resident, who said there had been problems with cougars killing their livestock. Others commented that they had similar experiences.

Derek Broman, a carnivore biologist with the Oregon Department of Fish & Wildlife in Salem, said an average of 700 cougars are killed a year with about half of those from hunting and the rest for other reasons, including roadkill.

Statewide, Broman said an average of 15 to 20 cougars are brought in specifically from roadkill each year — a number that was as high as 24 in 2015 and as low as nine in 2013.

State law requires the reporting of dead cougars and the ODFW maintains databases with various types of information.

According to the BCSO report on the incident, the driver was heading west on Highway 20 when the cougar appeared. Shrike Way is the turnoff that connects with Hawk Hill Road and leads to Wren Hill Estates residences.

An ODFW trooper responded to the scene to remove the animal.

Broman said cougar populations are nearing capacity in much of the state, although that's not quite the case in this region. Broman said there are more human-cougar interactions with an expansion of the population in the Corvallis-Springfield-Eugene area.

"We actually have a cougar study going on in the Alsea (Wildlife Management Unit), capturing and collaring them for the past two years," Broman said. "That's going well and that partially addresses some of these questions because we don't know what cougars are doing in the coast range."

Studying cougars in this region, which ODFW identifies as the Coast/North Cascades Zone, or Zone A, represents a new effort. Researchers have focused past efforts in the Cascades and eastern Oregon. The research provides information that includes cougar home range sizes, population densities and diet.

The Alsea unit has an estimated cougar population of "just a hair under 1,200" in all age classes, Broman said. Statewide, the most recent estimate shows about 6,600 cougars statewide with half of those adults.

Broman said that in Zone A, the ODFW is seeing the highest growth in cougar populations based on modeling information and known mortalities.

Some people believe it's a shame when cougars are killed, such as in the incident that occurred Wednesday.

"But arguably, I guess if a cougar gets removed for doing bad things for the lack of a better term, that's better for the population because there's no longer those characteristics being persistent in the population," Broman said.

Broman said that if cougars are doing "cougar things and not causing issues," then that's ideal and it's not a problem.

"But once they start to show up at certain times of the day and prey on pets, certain boxes get checked and it becomes concerning and we do what we can informing the public what their options are," Broman said, adding that ODFW will field phone calls from those with concerns. "We have a lot of options available to us depending on what the situation is."

Broman said most phone calls involve providing education to a landowner on what they can do to combat a cougar issue.

For those who would like more information, the Oregon Department of Fish and Wildlife has a "Living with Wildlife" section on its website at www.dfw.state.or.us/wildlife/living_with.