Philomath seventh-grader Ivie Tussing performs as a soloist during "How Can I Keep From Singing" at a March 19 concert at the high school. The high school, middle school and elementary school choirs combined their singing talents for the number. 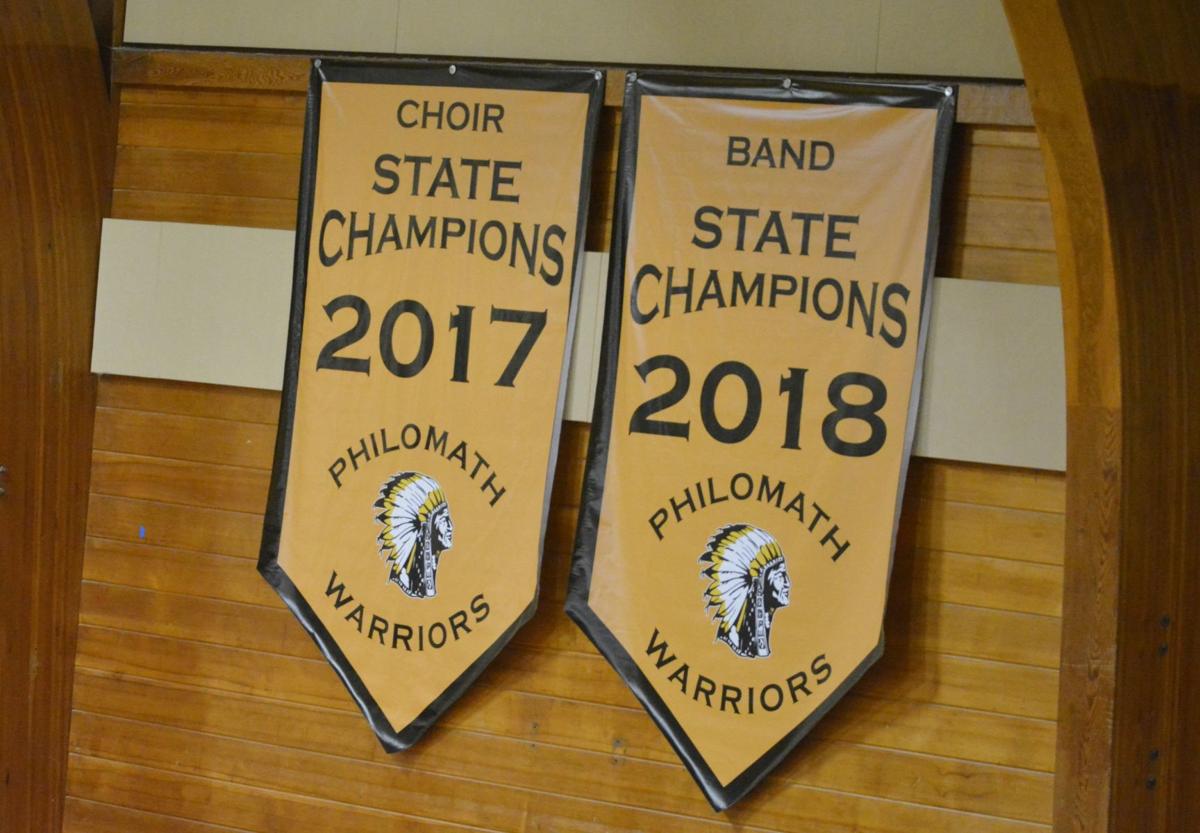 The middle school choir, under the direction of Yvonne McMillan, performs. 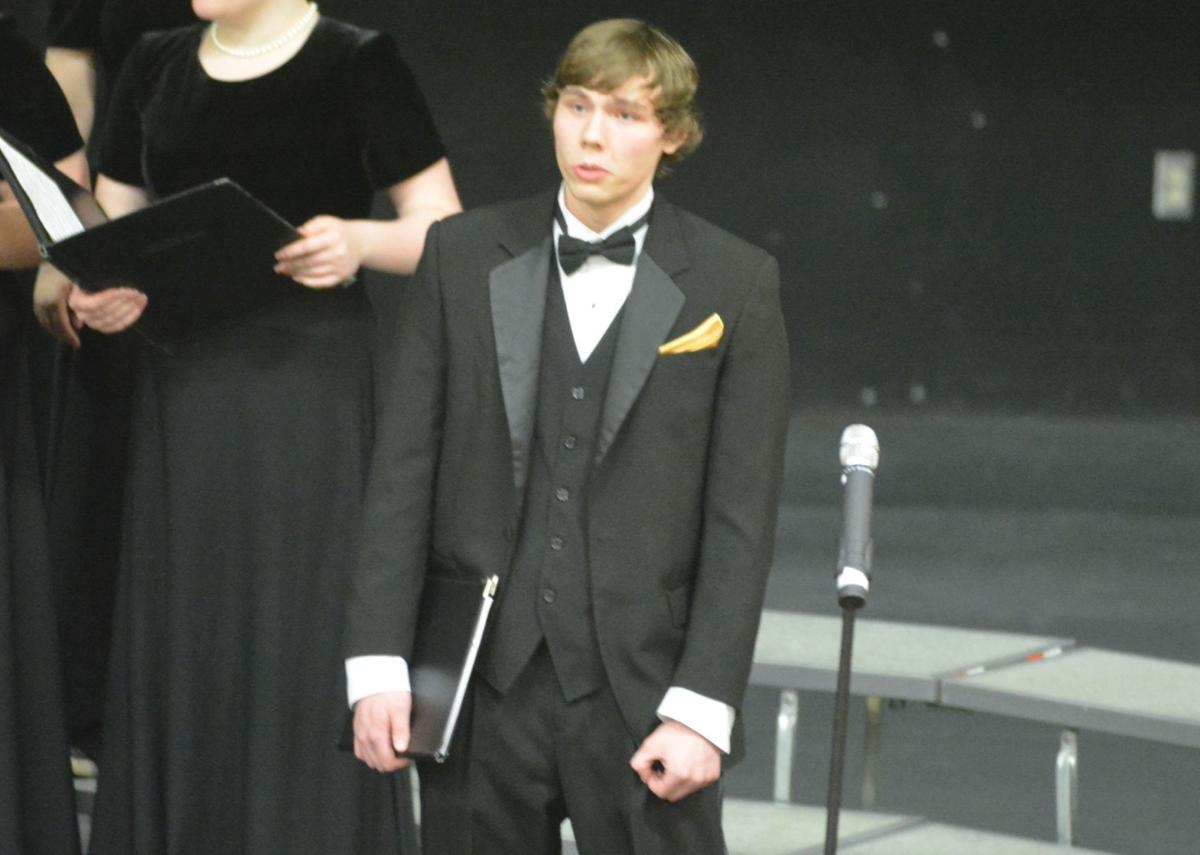 Matthew Goschie sings during the high school's performance of "Every Time I Feel the Spirit." 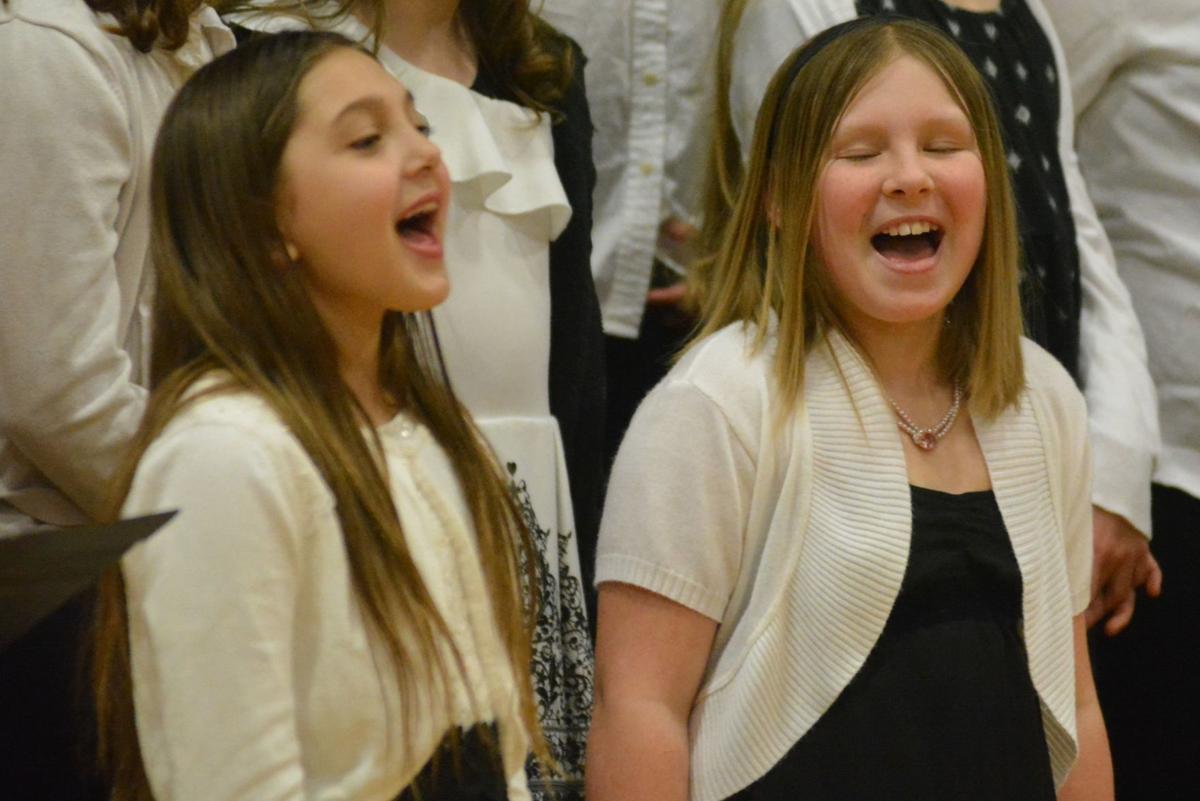 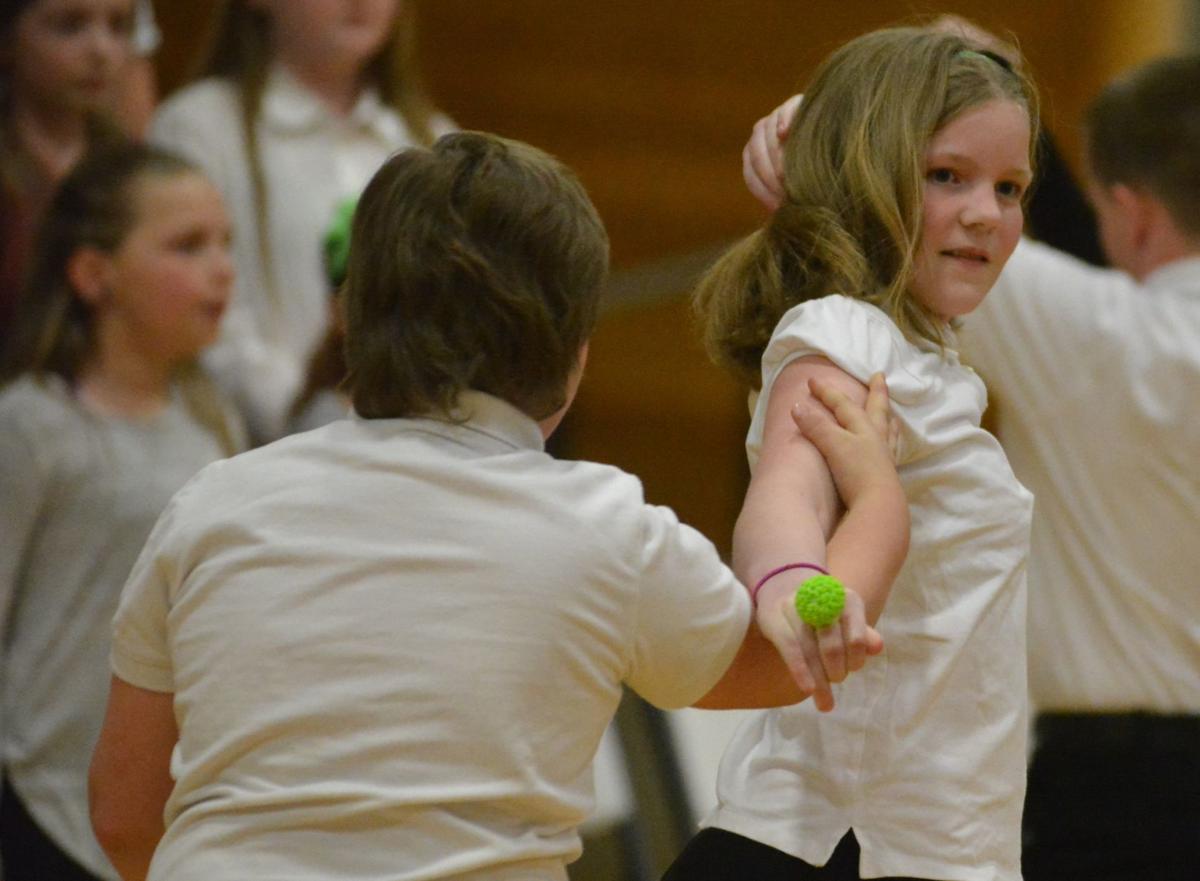 In the fifth grade, Erica Epperley decided she wanted to play the flute. The next year, she joined the choir.

“I knew right away that I wanted to do music in some aspect,” said Epperley, who took over as Philomath High School’s performing arts director this academic year. “I got my bachelor’s and master’s in music and then went on to teach.”

After a year at Woodburn, Epperley settled into a position for two years teaching elementary students in the Corvallis School District. Then longtime PHS performing arts director Dan Johnson transitioned into an administrative position this past spring.

“I’ve always loved high school, the older kids, because they can do more,” Epperley said. “The discipline is so much different than elementary, so I was very excited when jobs were opening up in the higher level.”

With Philomath High winning state titles in choir in 2017 and band in 2018, following in Johnson’s footsteps was not going to be easy for whoever came into the position. Epperley admits there has been a degree of pressure.

“I think it’s more from the kids, which I hate saying it like that, but they have expectations and if they don’t win this year … so I feel the pressure,” she said. “I don’t feel it in a bad way, it’s just like, ‘hey, you’re following this up, it happened,’ but absolutely there’s pressure there.”

Beyond the program’s successes in past years, Epperley and the students have also gone through a period of getting to know one another.

“At the beginning of the year, you hit that wall that every new teacher hits no matter where you go,” she said. “It’s a change, it’s new, and the kids are still trying to figure you out and how I work versus how Dan worked versus how their sub worked at the end of last year. They’re trying to figure it all out.”

Epperley said elementary music directors have to be on their toes all the time and if they’re not for even a millisecond, they can lose the kids. That’s not the case with the older students.

“The thing about high school is they’re self-sufficient,” she said. “I don’t have to do everything for them and I shouldn’t need to, they should be able to do stuff. They can run their own sectionals, they ask for help if they need it.”

Epperley tells students to watch her as she directs with her hands waving in the air.

Epperley grew up in Albany and graduated from West Albany High School. She earned her bachelor’s and master’s degrees at Western Oregon University and her teaching certification from George Fox.

This past fall during her first weeks in the classroom, Epperley said there were challenges as relationships between teacher and students developed.

“Now it’s much better and if they’re not 100 percent with me, they’re 90 to 95 percent there, which makes it so much more enjoyable,” she said.

Just last week, Epperley and directors from the elementary and middle school programs put on an all-district choir concert. District competitions for the band occurred a couple of weeks ago and for the choir this past Wednesday.

“The next big one will be the league contest for both groups and that’s the second week of April,” Epperley said.

To earn an automatic spot in the state band and choir competitions, teams need to win the league contests. However, Philomath High’s band has already qualified for what is called the “tape pool.” For programs that don’t win their league competitions, they can submit a tape and judges will determine if the team should move on.

Following the league competitions in the second week of April, the performing arts students will head to the San Jose vicinity in California. They will play and compete at an event hosted by Milpitas High School and enjoy a day of fun at the nearby Great American Theme Park.

For more photos from the March 19 choir concert, go online to PhilomathExpress.com.

Philomath seventh-grader Ivie Tussing performs as a soloist during "How Can I Keep From Singing" at a March 19 concert at the high school. The high school, middle school and elementary school choirs combined their singing talents for the number.

The middle school choir, under the direction of Yvonne McMillan, performs.

Matthew Goschie sings during the high school's performance of "Every Time I Feel the Spirit."