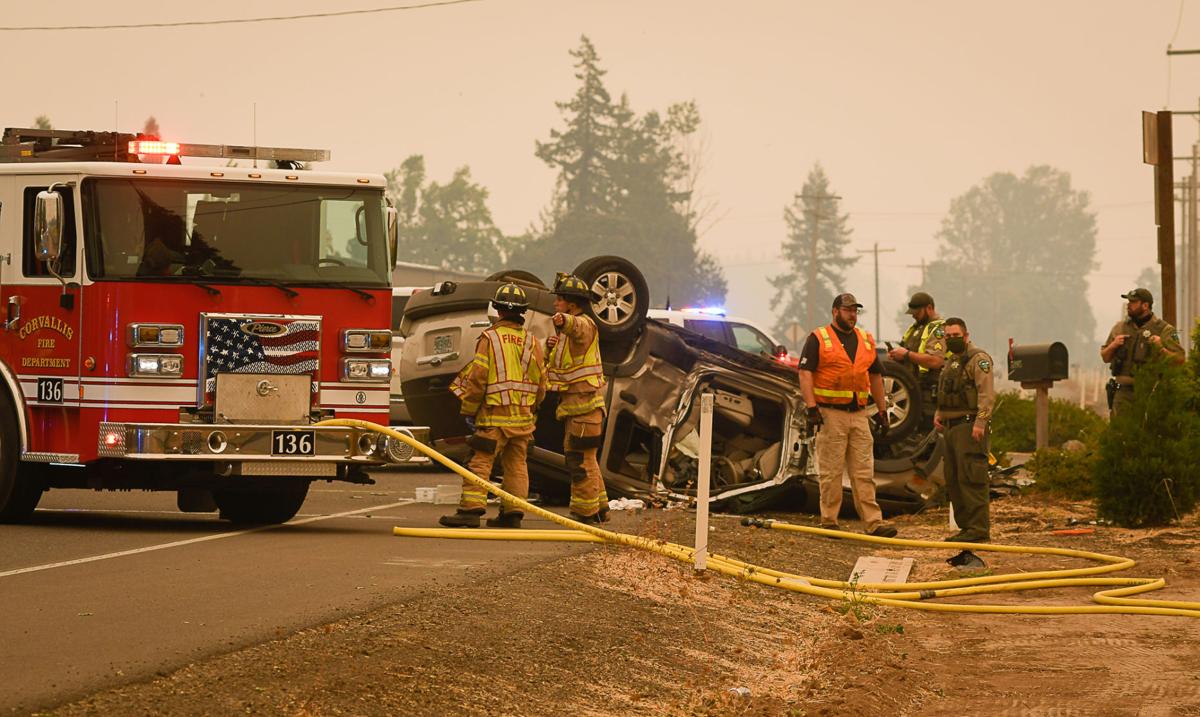 A 55-year-old Philomath woman was injured Sept. 9 in a two-car collision at Northeast Granger Avenue and Highway 20. 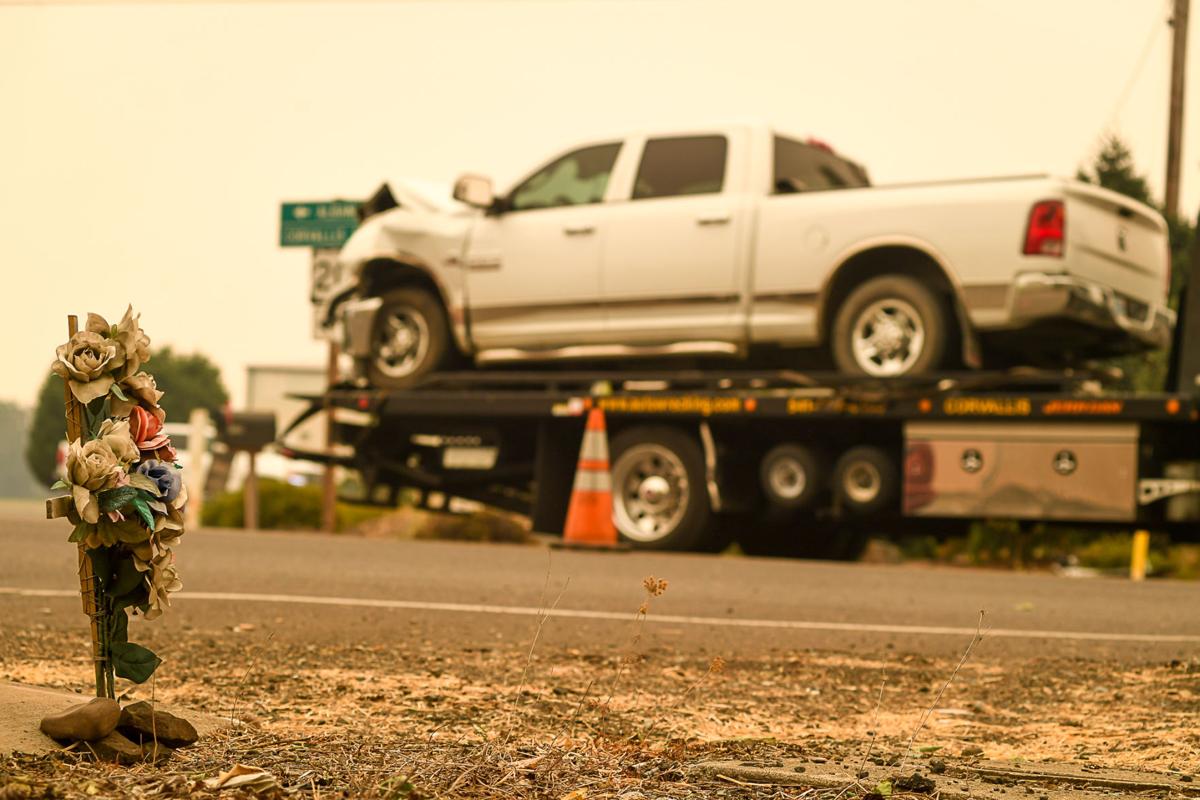 A damaged pickup is towed from the scene of last week's crash at Highway 20 and Granger Avenue.

The crash happened at 9:02 a.m. when a 2006 Ford Explorer turned east onto Highway 20 from Granger Road and was struck in the side by a westbound 2013 Dodge Ram pickup, according to the Benton County Sheriff’s Office. Both vehicles came to rest on the south side of the highway, with the Explorer landing on its roof.

The driver of the explorer, Teresa Anderson, 55, of Philomath, was taken by ambulance to Good Samaritan Regional Medical Center in Corvallis for treatment of non-life-threatening injuries, according to the Sheriff’s Office.

Daniel Edwin, 65, of Las Vegas, the driver of the pickup, was not injured.

No citations were issued.

A 55-year-old Philomath woman was injured Sept. 9 in a two-car collision at Northeast Granger Avenue and Highway 20.

A damaged pickup is towed from the scene of last week's crash at Highway 20 and Granger Avenue.