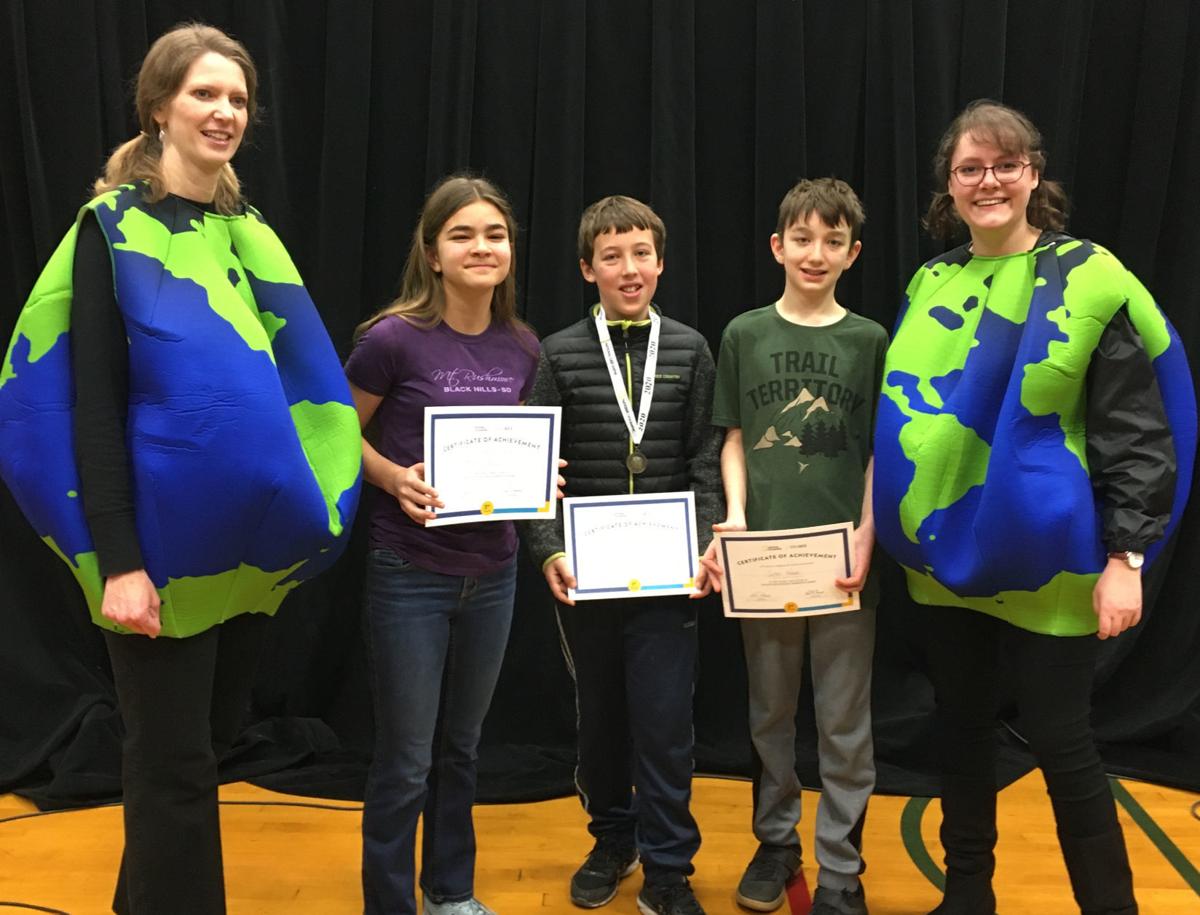 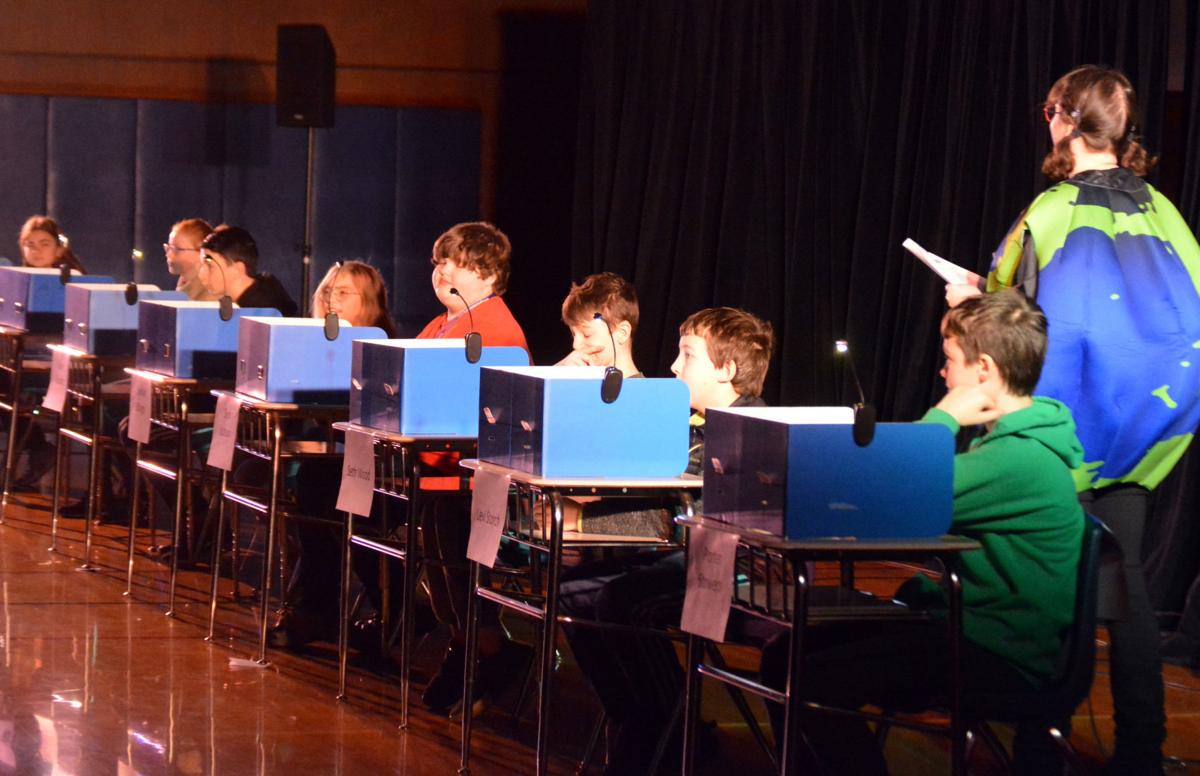 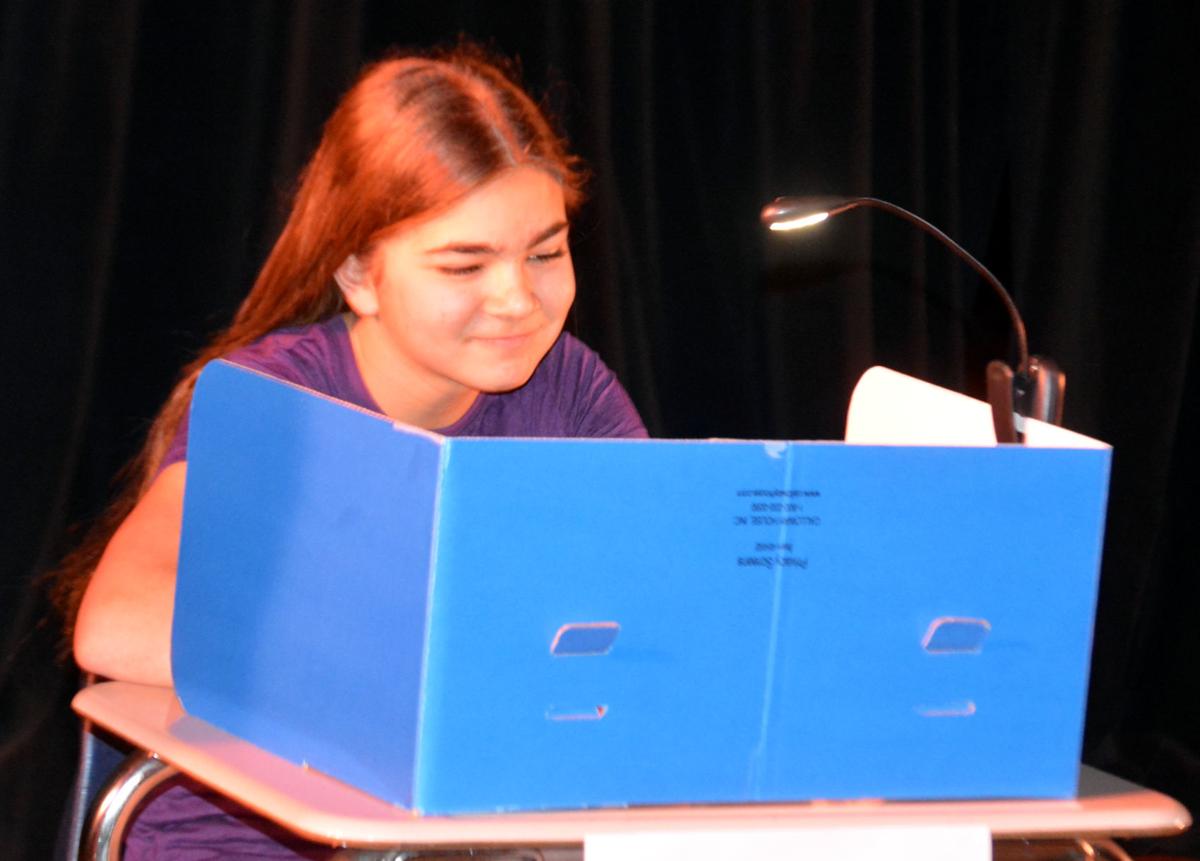 On his first question of the morning, 12-year-old Levi Storch admits that he was “completely guessing” when he needed to come up with an answer about the Great Dismal Swamp.

Social studies teacher Rachael Dawes asked Storch about the location of the large swamp, which stretches from Virginia into a neighboring state. Border states include West Virginia, Kentucky, Maryland, North Carolina and Tennessee — so he had a 1-in-5 shot at getting it right.

“I was nervous behind the black curtain,” Storch said in reference to the area where the finalists wait to be introduced. “But once you get out there, you can’t really see anyone. But yes, I was nervous.”

The eight finalists sit in desks in the school’s gymnasium while facing the student-filled bleachers. The gym lights are turned off and the students compete with special lighting coming at them from both sides. Judges sit at a table in front them with only a table lamp illuminating their faces.

“I think even with all of their knowledge base, you get stage fright when you come and sit down with all of the bright lights and everybody’s staring at you,” said social studies teacher Meegan Benbow, who emceed the event with Dawes — both dressed up in Earth costumes. “I think for them to get past two rounds is hard because of the stage fright issue. Those kids that get beyond that finally are settled down and can get into their knowledge base.”

Students had taken a written test to determine which would advance to Friday’s final round. Along with Storch and Wood, the other six finalists included eighth graders Bailey Bell, Nadia Durski and Owen Thomas, seventh graders Evelyn Billings and Sean Jackson, and sixth grader Porter Stowers.

Six of the eight students made it past those first two rounds, which featured questions about geographic areas of the United States and a multiple-choice question about the red wolf’s type of habitat.

By the fifth round, only three students were left in the competition — Storch, Wood and Bell, who has participated as a finalist in all three of her middle school years. The questions were getting harder and all three of the students left had incorrect answers.

However, Bell was eliminated because she had missed a question back in the third round while Wood and Storch made it through the first four rounds unscathed.

The two students left their original seats and sat next to one another for the championship round. The first question was about the recent discovery in the Mobile River of the last-known ship to bring slaves to the United States. Neither could come up with Alabama as the location.

Then came a tough one about teen climate change activist Greta Thunberg and the Swedish city in which she initiated her campaign. Neither student had Stockholm as the answer.

Then came the question that ended the competition. Storch and Wood were asked about Ascension Island, a territory of a particular nation located in the South Atlantic Ocean. They needed to come up with the island’s sovereign state. Storch had the right answer with Great Britain.

Going back to the first round, Storch might’ve not really been just guessing — perhaps it should be referred to as an educated guess. His background of knowledge in geography appears to be extensive for a sixth grader. After all, he’s read “Atlas Obscura” — a guidebook that takes its readers to unusual and obscure places around the globe — five times, according to one of his family members. He takes information that he reads or hears — in a documentary, for example — and can later retrieve those details.

Storch now moves on to the in-class regional round to try to qualify for state.

“They’ll come into my room and take a test on my computer and that gets submitted to the state,” Dawes said. “They look at the test scores and whoever wins that, they go to state and compete against all of the other regions.”

Students with the top 100 scores from the online test compete at state. Last year’s Philomath winner, Tyler McGuyer, qualified for state out of the regional round.

The state winners advance to Washington, D.C., for the national competition. 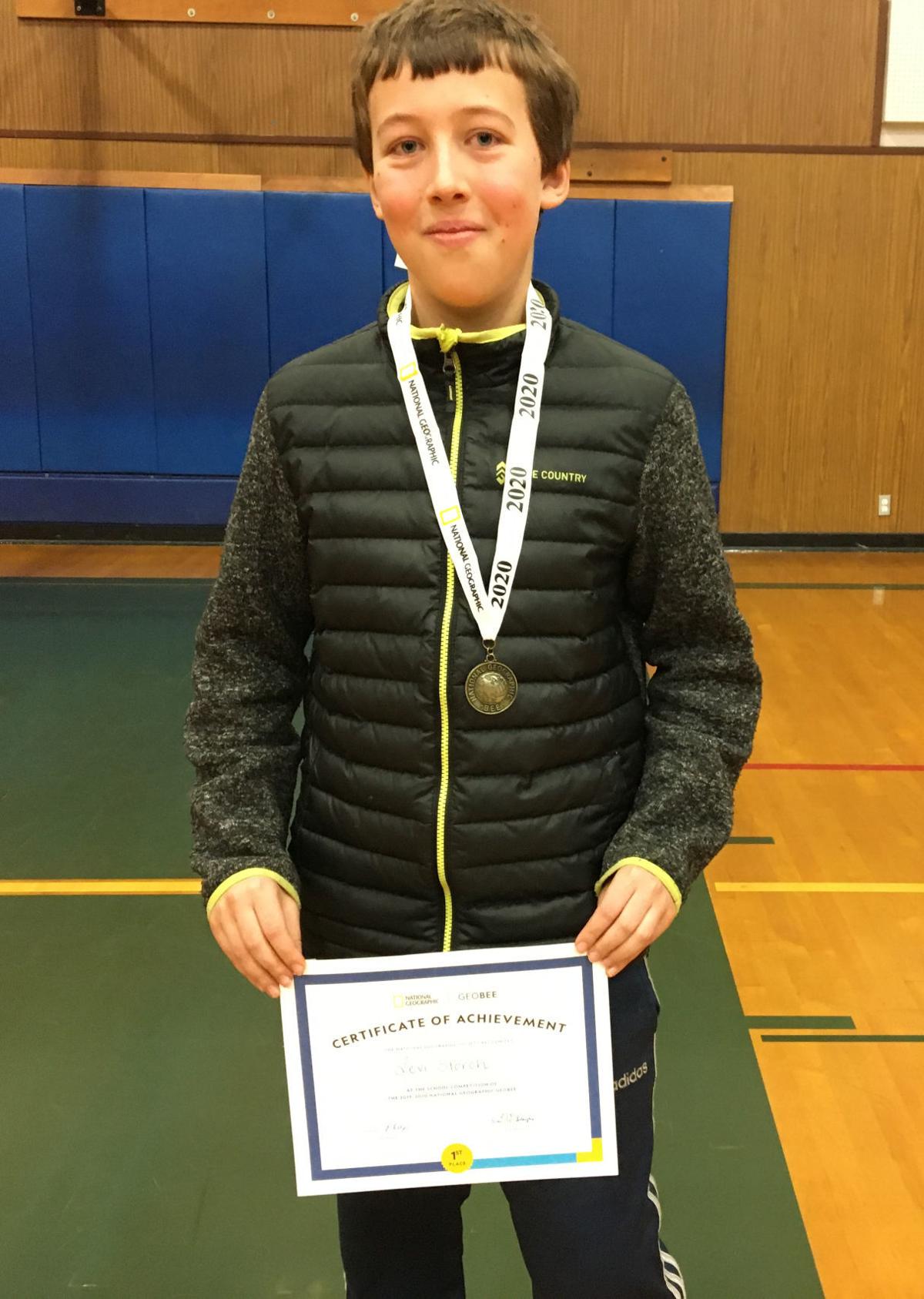 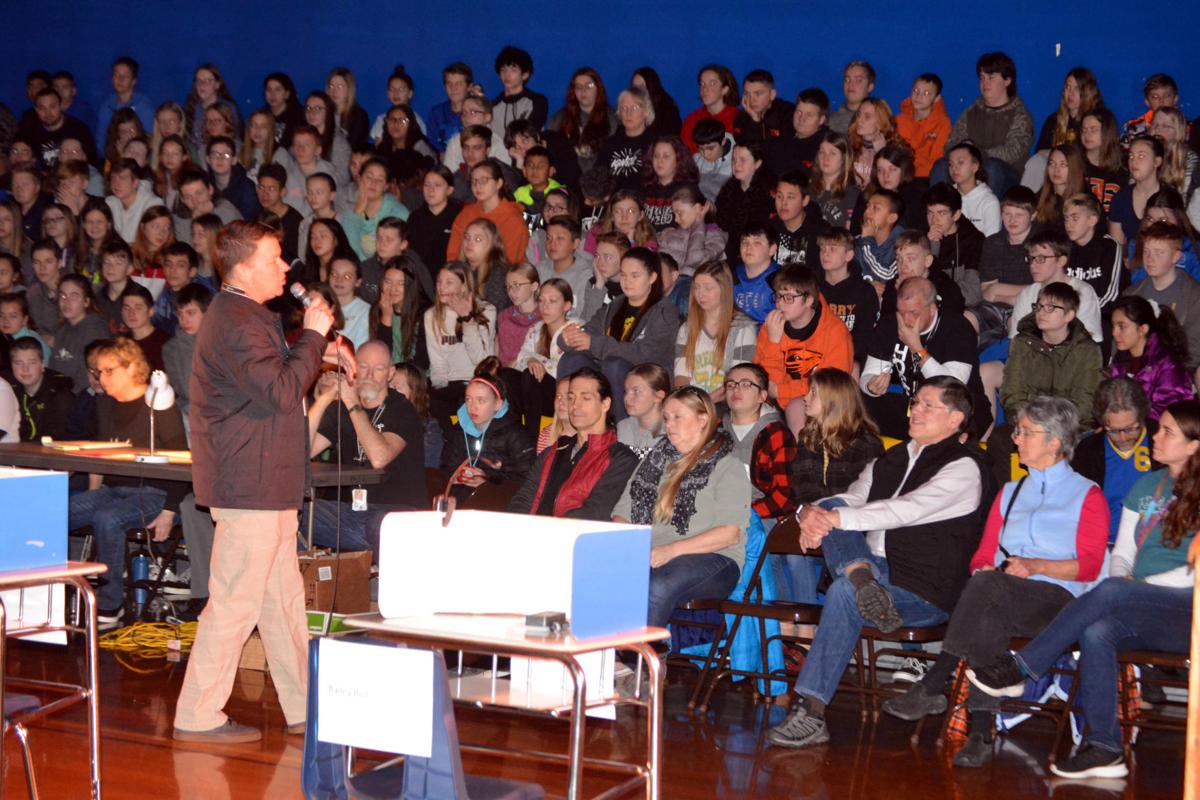 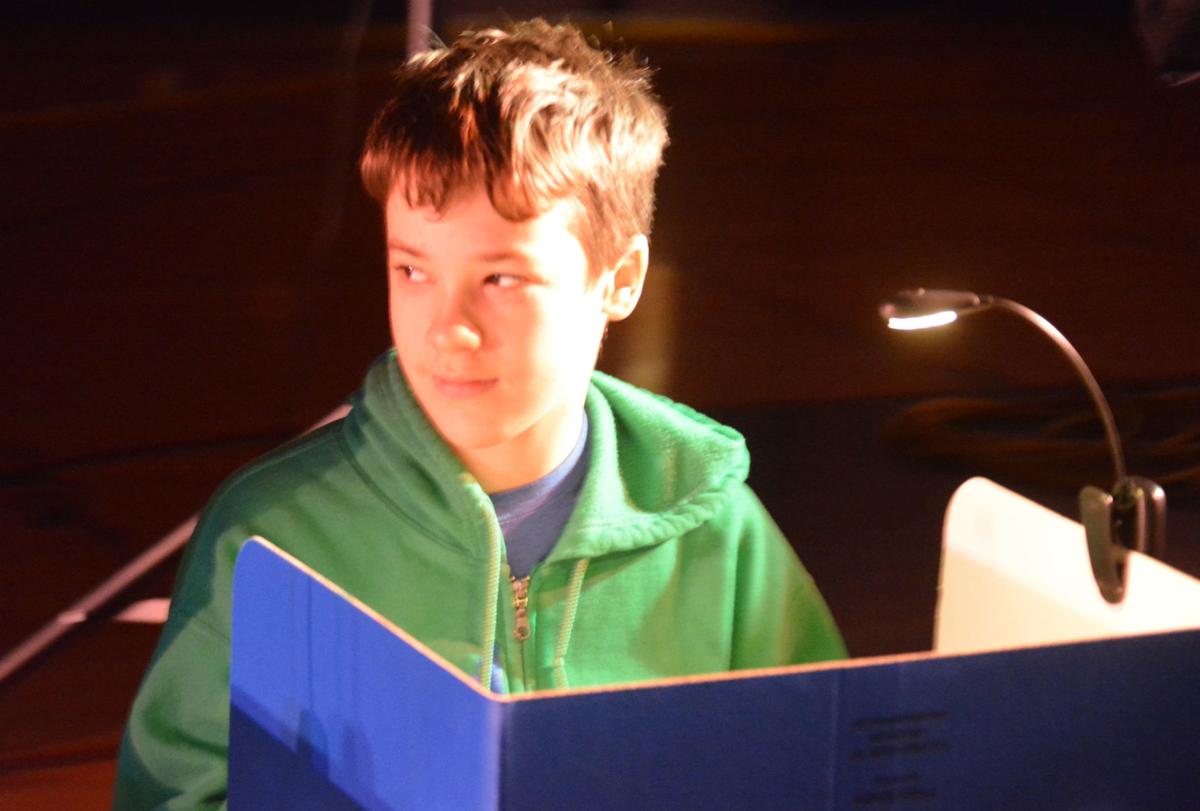 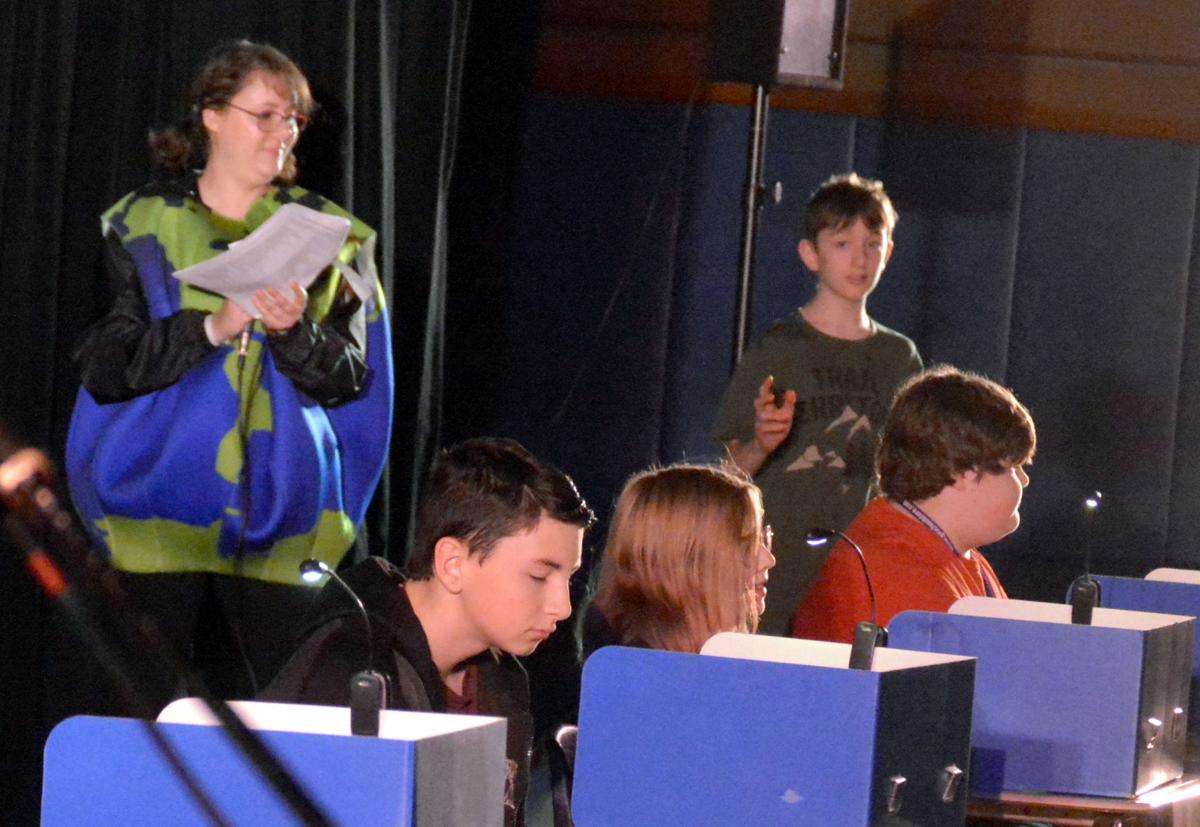 Seth Wood gets ready to sit down after being introduced as a finalist. 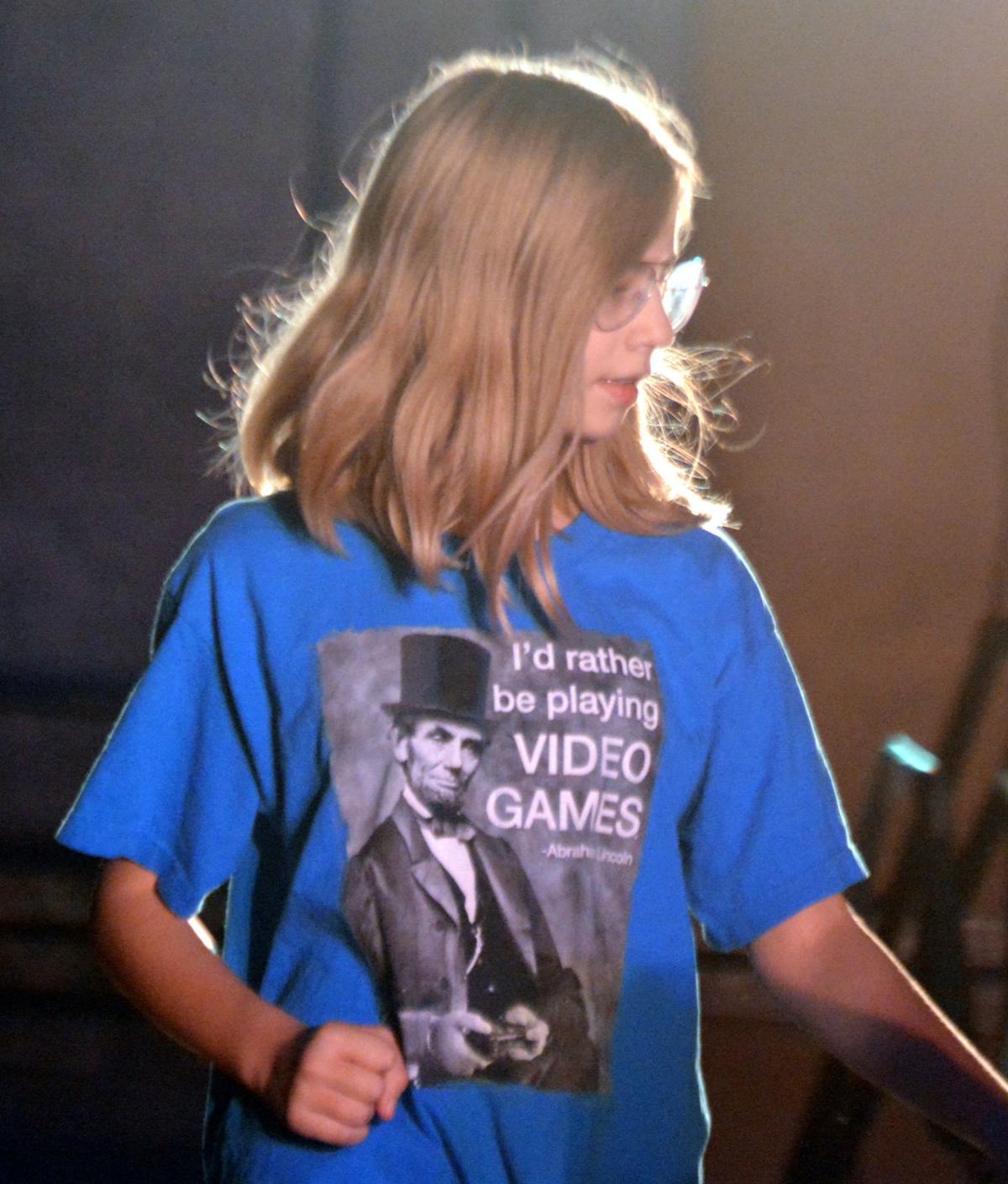 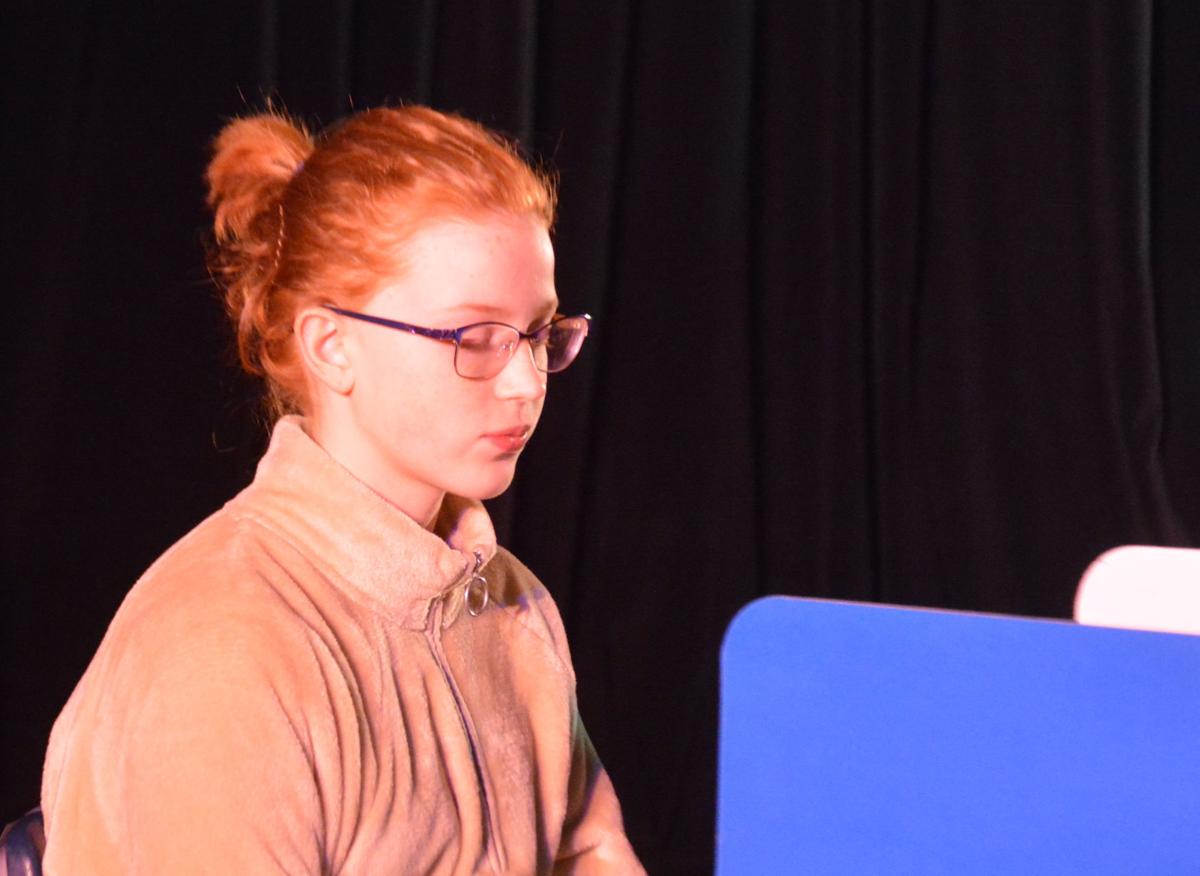 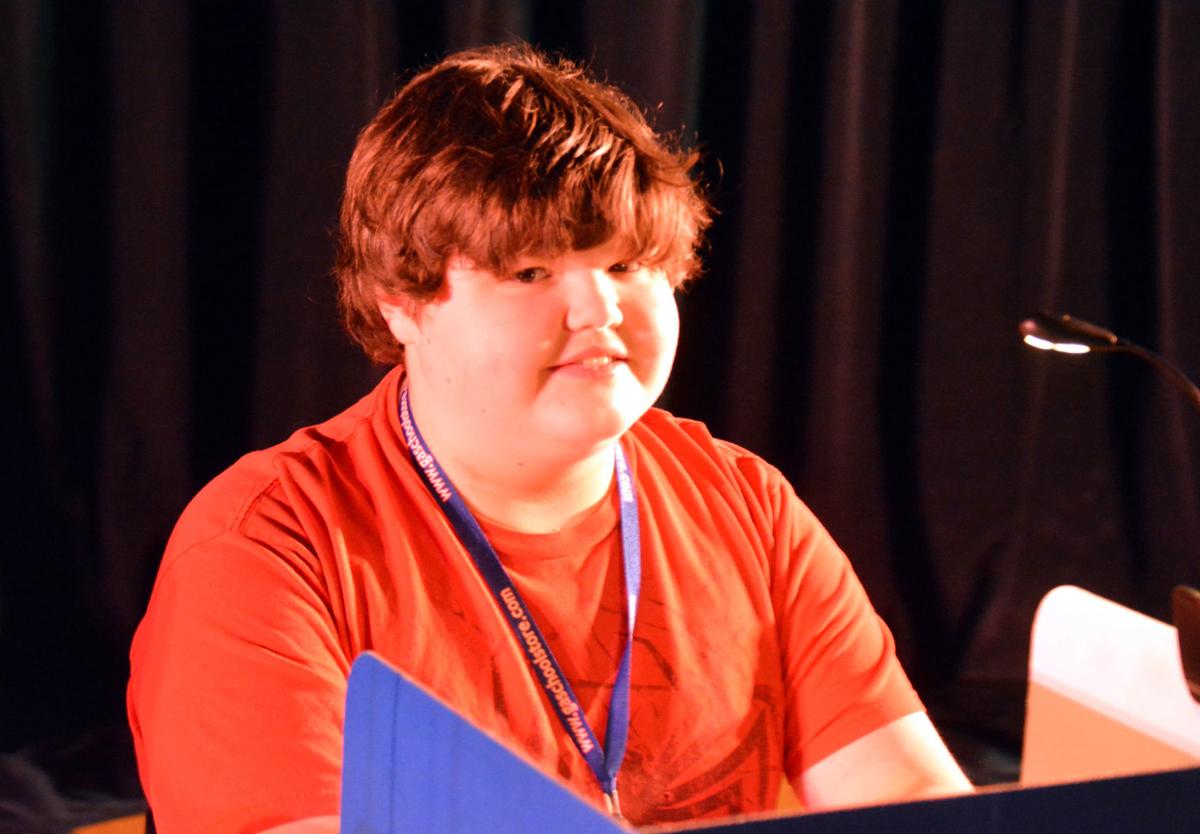 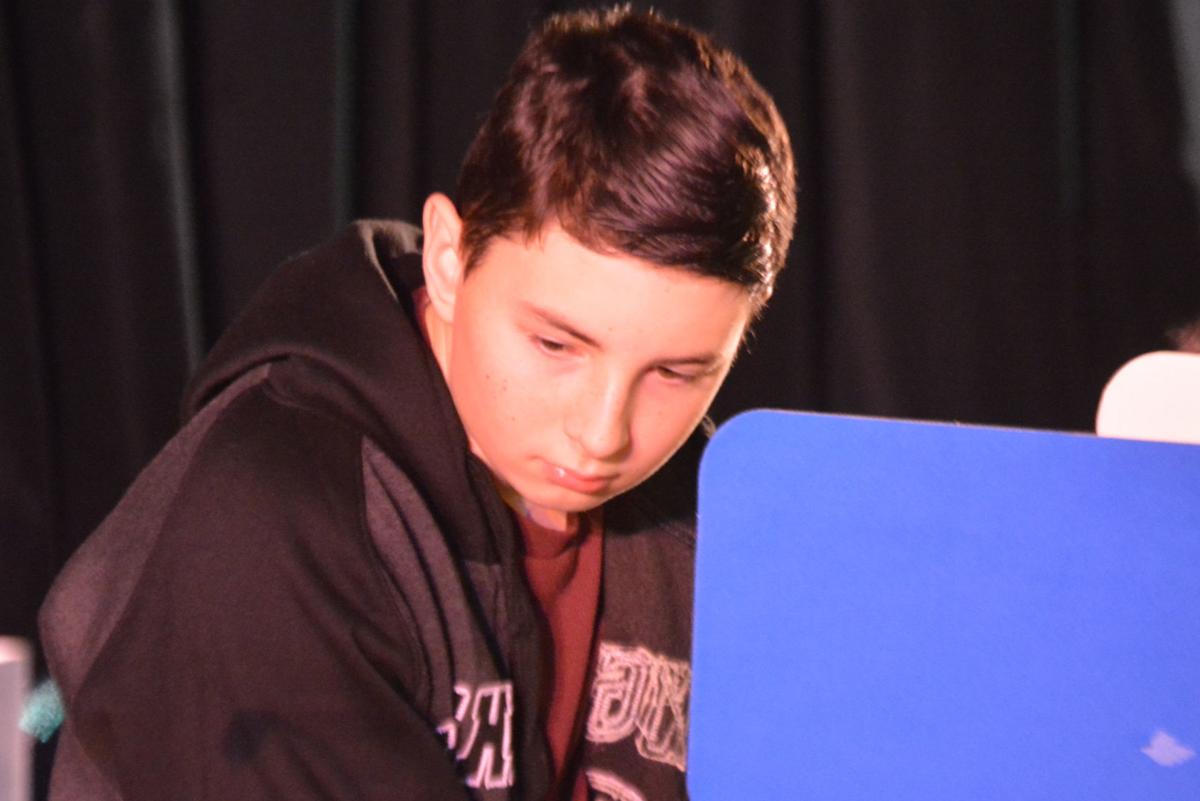 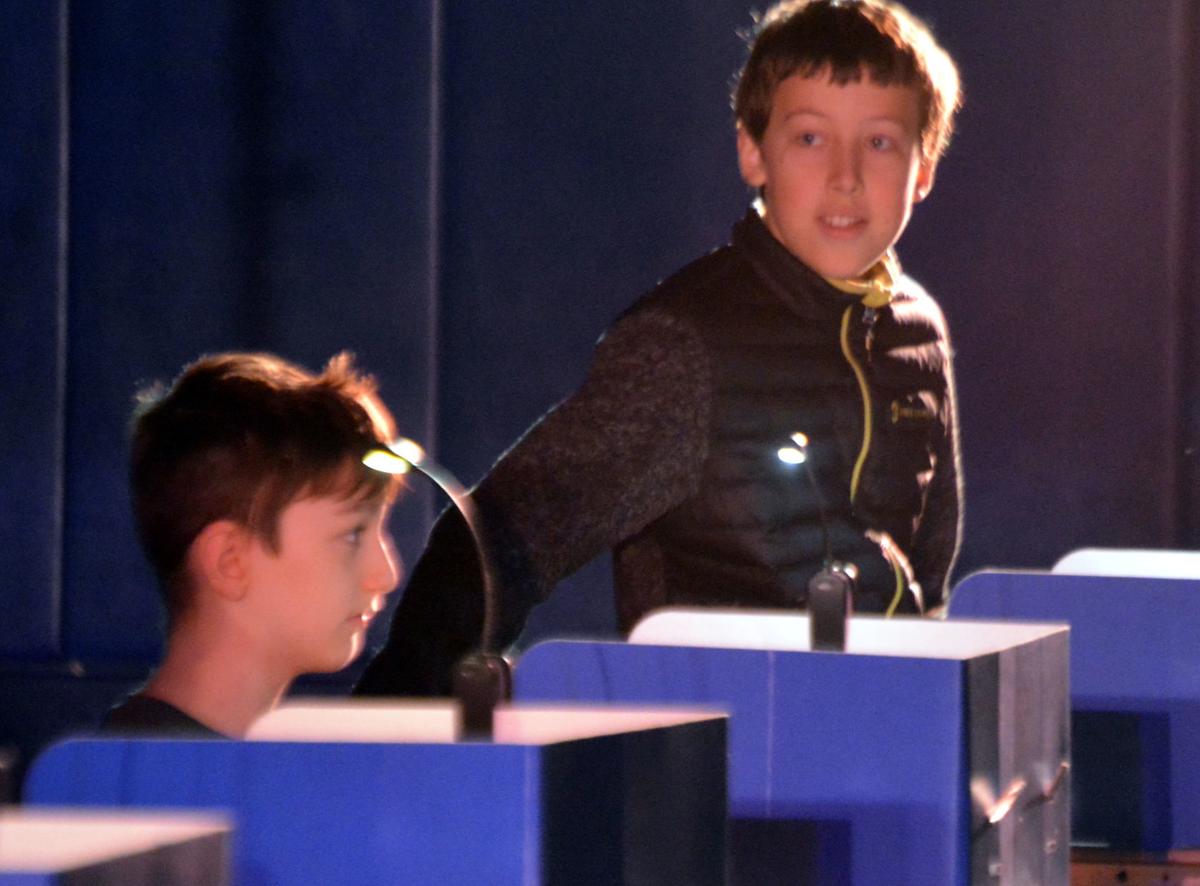 Seth Wood gets ready to sit down after being introduced as a finalist.

The Philomath City Council plans to take a closer look at the possibility of implementing staggered four-year terms for councilors. Under the …