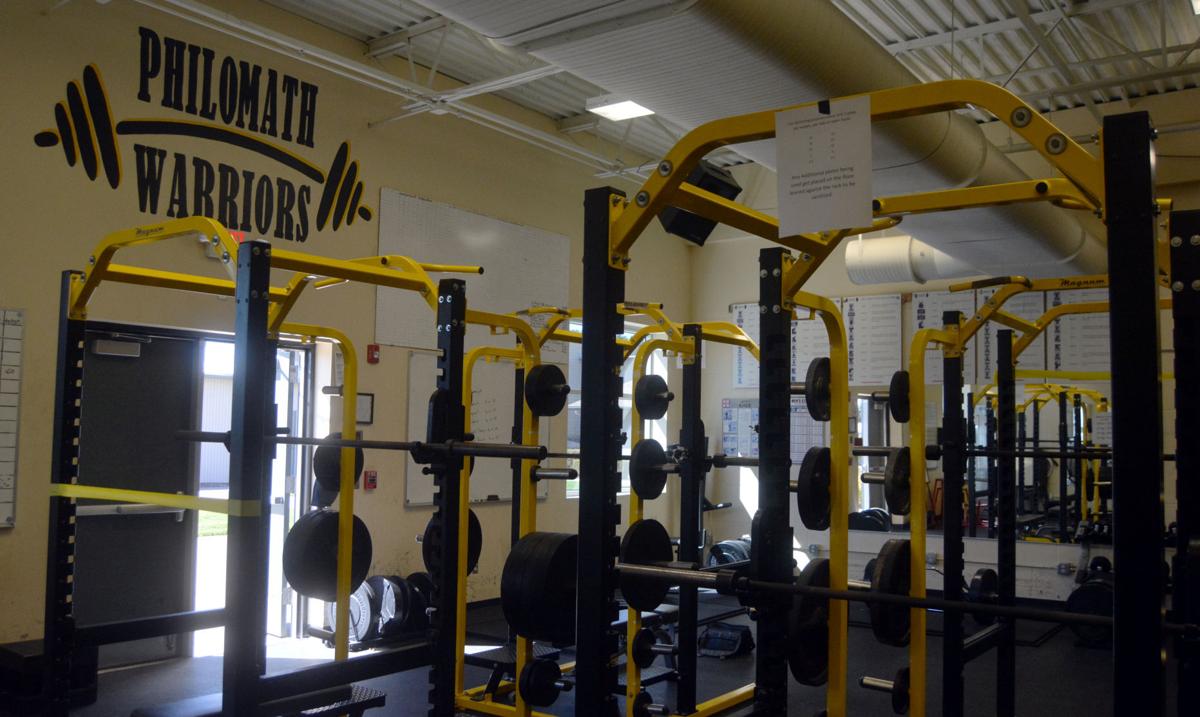 The Philomath High weight room sits in silence last week but activity around athletics should be buzzing again soon with the arrival of "Season 1" practice sessions. 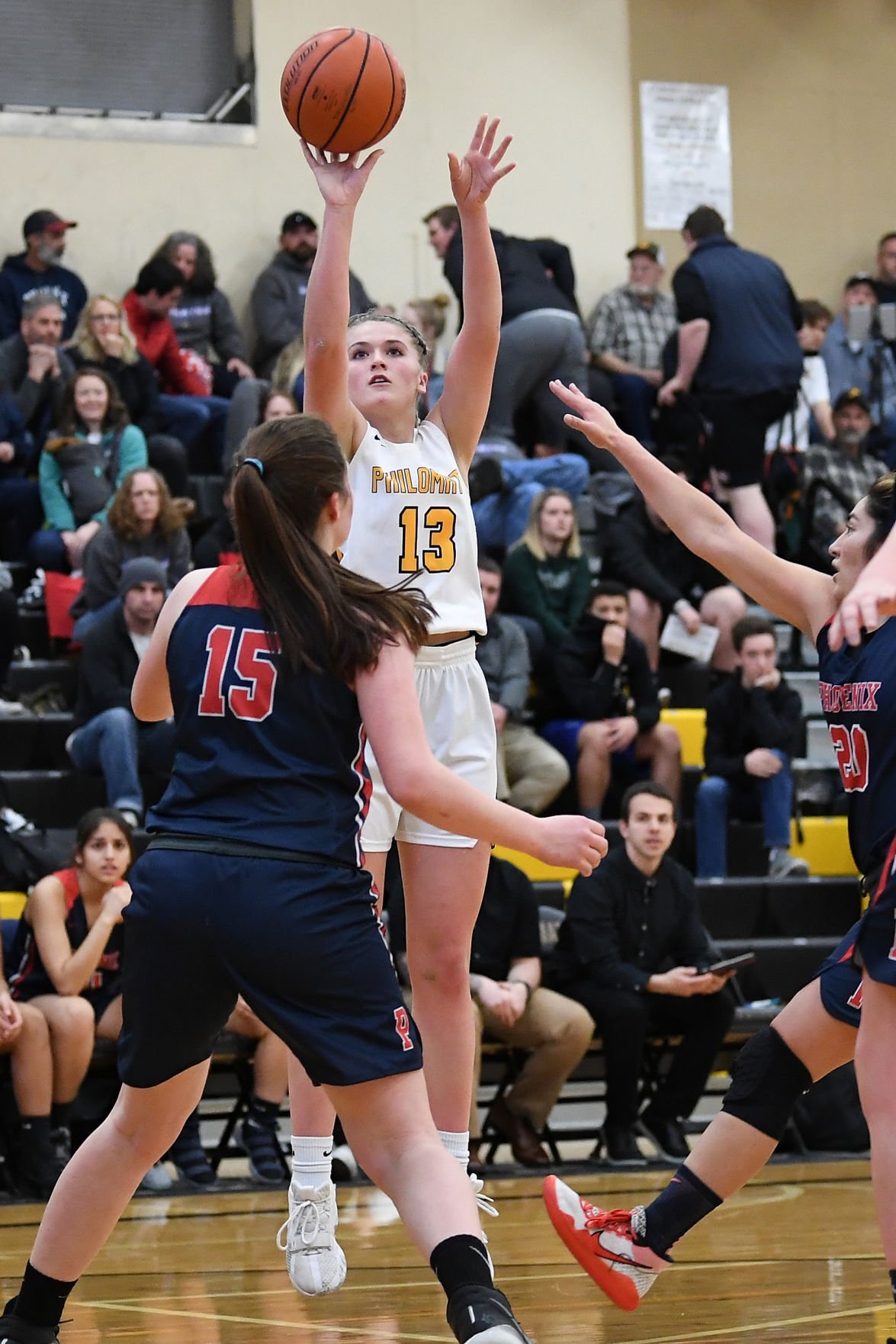 Philomath's Mia Rust shoots a jumper against Phoenix on March 7. Along with the boys that evening, it was the last time Warrior athletics appeared in a competition. 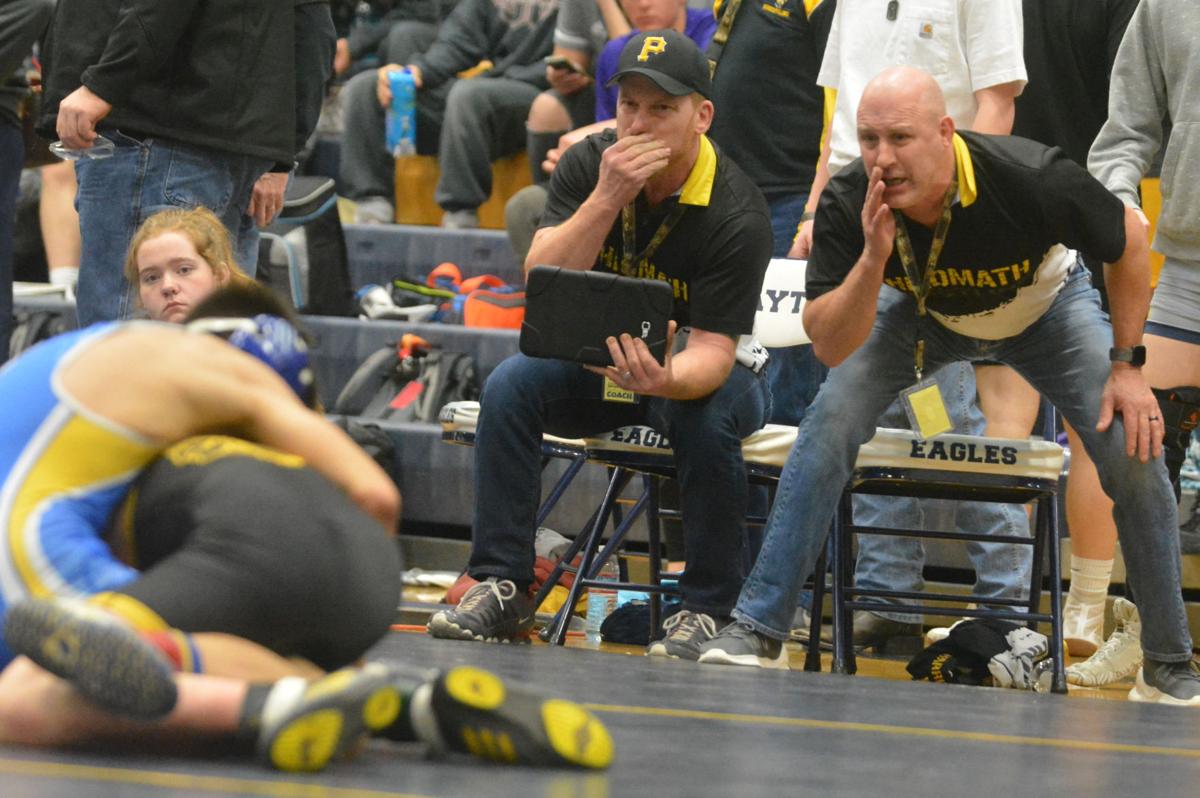 PHS wrestling coach Troy Woosley can only hope that conditions on Nov. 9 will allow for full contact as his sport's practice sessions begin.

The last time Philomath High School teams competed, the boys and girls basketball teams had both defeated Phoenix on the home floor. That was March 7 in the first round of the Class 4A state playoffs. The tournament that the Warriors were to participate in the following week ended up getting canceled.

With the plan currently in place by the Oregon School Activities Association, the basketball teams will be among the first local squads to again represent the school in the spirit of competition along with swimming and wrestling.

“We’re ready to go, these girls are going to be hungry once we get back on the court,” girls basketball coach Ben Silva said last week a few days after Athletic Director Tony Matta announced that the school district had approved a proposal on how to move forward with athletics this fall.

Beginning this coming Monday, the baseball, softball, track and field, tennis, dance and cheer teams can begin voluntary workouts through the school’s opening phase of “Season 1” — the term that the OSAA is using for the no-competition period that runs until Dec. 28.

The baseball, softball, track and field, and tennis teams in Philomath High's Session 1 can practice with current restrictions in place for a maximum of three days per week until Oct. 9. Each practice must occur after 3:30 p.m. for no longer than two hours.

Session 2 will run from Oct. 12 to Nov. 6 and includes the fall sports of cross-country, volleyball, soccer and football. Session 3 follows from Nov. 9 to Dec. 18 with basketball, wrestling and swimming. Those teams will not meet the week of Nov. 23 because of final exams and the Thanksgiving break.

The plan for dance and cheer are a little different with a maximum of two days per week for practices, but Matta said those programs can meet throughout the entire period until Dec. 18.

Matta said no athletic fees will be charged for Season 1. Details on specific times and days for each program will be posted on the high school’s website after coaches finalize their plans. Matta added that parents will register their athletes through FamilyID like they normally would. Those instructions are available on the PHS website.

The teams that will participate in Session 3 will have that extra time to get into shape for the first competition that we’ll be seeing with the winter sports. Basketball, wrestling and swimming can begin official practices on Dec. 28 and then the regular season would begin Jan. 11.

“We’ll try to structure it in a way so we are running more plays and not necessarily always just fundamental drills but getting our offense in so we’re hitting the ground running on Dec. 28,” boys basketball coach Blake Ecker said. “Most everyone knows our stuff already and it’s the incoming freshmen among the ones that’ll need more practice to work on it.”

The coaches are all taking a cautious approach on how to handle their practices since they’re still a ways off into the future. It’s difficult to know what type of restrictions, if any, could be in place at the time.

“I think it’s still to-be-determined as far as contact,” wrestling coach Troy Woosley said. “Right now, it’s only conditioning and weights and stuff like that. You can only shadow wrestle for so long before it gets monotonous. But we’ll do whatever we can.”

Silva said he won’t make any predictions on what things may look like by the time Session 3 arrives, but he believes practices will revolve around skill development. It remains to be seen if full-contact basketball will be allowed at that time.

“I know kids want to be back in the gym and we want to be able to do it safely,” he said.

Philomath High has not hired a swim coach yet. Matta said interviews for a pool director are scheduled to begin next week and after that person is hired, the next step will be to make a decision on a swim coach.

Coaches of the other three winter sports see the school district’s setup as beneficial heading into their seasons.

Woosley said it will be different this season because he won’t have to potentially wait for his athletes to be finished with football — a situation that has come up in the past when Philomath has qualified for the playoffs.

“I like the fact that we get to start in November and have some extra weeks to work at it before the season starts. That is actually an advantage for us,” Woosley said. “I think the extra two or three weeks of practice before we start competition is going to be an advantage, too.”

Woosley thinks he might even see an increased level of participation from students.

“I think it might bring more kids out just because they haven’t done anything yet,” he said. “They’re starving for competition and just being with people and hanging and what better way to do that than sports.”

Ecker believes the schedule works out well for his program.

“It’s a long layoff from Aug. 17 until Nov. 9 but athletes can do other stuff on their own without my direction,” Ecker said. “They can go in other areas, play on different teams, I think, from what I’ve been told. I don’t know if that’ll happen but I know teams have gone over to Idaho to play tournaments throughout the summer.”

But when his players do come in for practice, he’s hoping for a more normalized approach to teaching the game.

“We’ll see what happens but if we can get some kind of clearance to do a little more, it would be nice to play 5-on-5 or something of that nature," Ecker said. "Kids like that a lot more than working on jab steps or their footwork or on the basket.”

Silva sees the timing of the winter sports practice sessions as beneficial to the athletes with the preparation that's needed to compete at a high level.

“Kids have been out of organized athletics for six months now and it will be longer by the time we get to November,” he said. “So we’ll have to get some of that baseline conditioning back and especially considering we’ll have such a short season, that’ll really be helpful to have that additional time.”

Matta said that no work has been done yet to determine what schedules may look like and OSAA subcommittees are working on a plan for what to do with each postseason, or what they’re calling the “culminating week.”

“There are rumors that there will be some type of tournament but we’re not really sure,” Woosley said about wrestling. “I’m being selfish here, but it’s killing me. We’re loaded. I’ve never had this many returning state qualifiers. We’ll be preseason No. 1 at a couple of weights. But it is what it is.”

Ecker has an idea that he hopes to propose for basketball playoffs.

“I don’t know if they’re just going to do a regional deal or maybe we could say hey, let’s take every league champion — that leaves you with eight teams and then you could just play it off that way with loser out,” Ecker said. “You could play every day because you only have a week. Even if you take 16, take the top two (from every conference), you could play every day (of the culminating week) ... and maybe you play at the higher seed.”

But Ecker said his guess at this time would be that a regional playoff is conducted in some way. However, things could change with the introduction of a vaccine, for example, and maybe a state championship week of some sort could be devised.

“It’s just odd and awkward and I think we all just want to get out of this and start moving forward in a positive, safe fashion,” Ecker said.

Silva can't wait to get back into the gym with his players.

“OSAA, I think, could’ve provided a little bit more guidance on Season 1 but I appreciate the way Philomath High School has decided to do it as a coaching staff and athletic department where we’re not trying to schedule over the top of each other,” Silva said. “But there could be other programs that are going more days a week for the entire season which might give them a little bit of an advantage by the time the season comes.”

Matta has said that other schools in the conference have a similar approach to how to proceed with Season 1.

“I think we’re doing this in a responsible way for kids and in a respectful way for the different sports,” Silva said. “I’m happy with the model we came up with.”

As for guidelines to put those schedules together, Matta said he hopes to be getting into them soon.

“We’re hoping for a little more direction from the OSAA after their next meeting,” he said. “We’ve got some time to decide what it would look like — if it’s 14 games, what does that mean? I know Levi (Webber), for example, would like to just play twice in league in baseball and try to get some nonleagues. Will that be possible? We don’t know yet.”

The only certainty seems to be that it’s all uncertain. What it all looks like by the time competition starts up again remains to be seen.

Stand near the restrooms at Philomath City Park and look westward to find home plate on the high school’s baseball field.

The Philomath High weight room sits in silence last week but activity around athletics should be buzzing again soon with the arrival of "Season 1" practice sessions.

Philomath's Mia Rust shoots a jumper against Phoenix on March 7. Along with the boys that evening, it was the last time Warrior athletics appeared in a competition.

PHS wrestling coach Troy Woosley can only hope that conditions on Nov. 9 will allow for full contact as his sport's practice sessions begin.