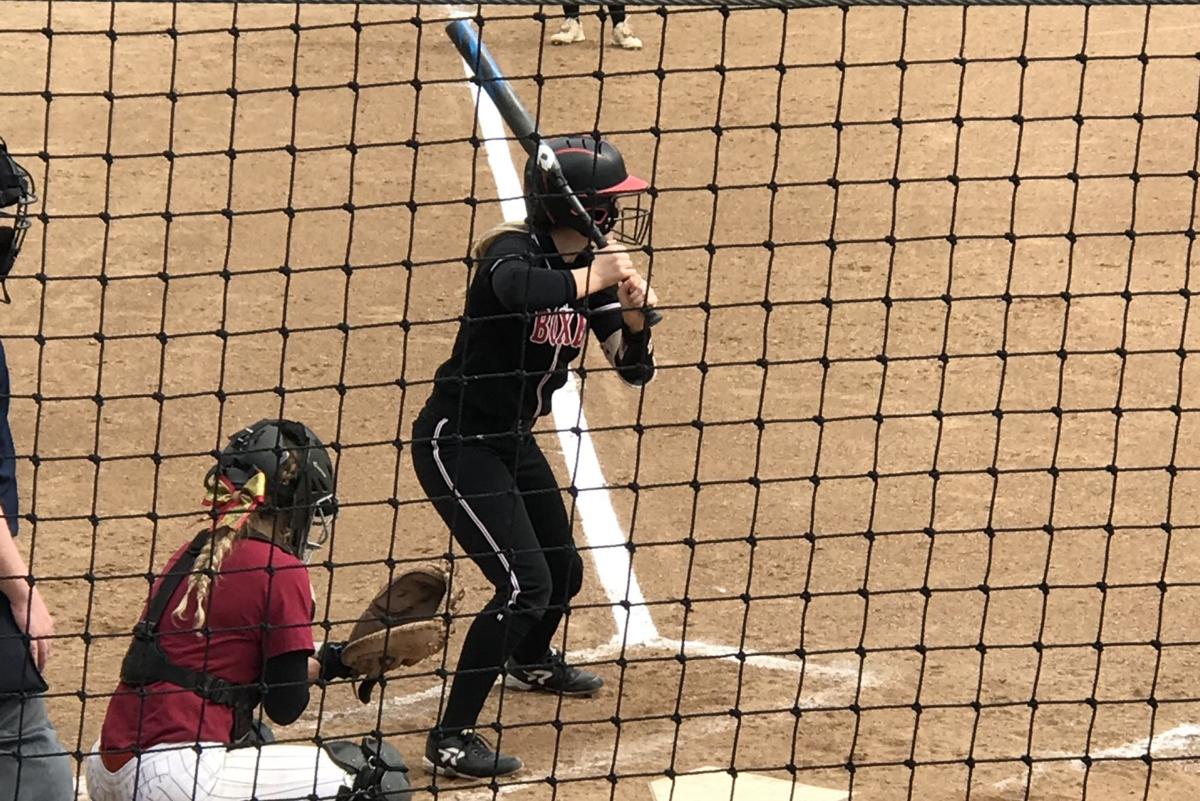 Hannah Williams, a freshman at Pacific University, started six games and had a .368 batting average when the season was called off because of the coronavirus pandemic. 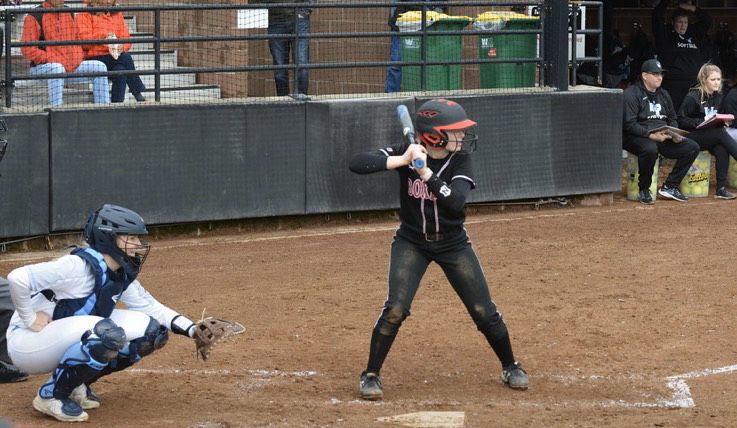 Hannah Williams started six games and had a .368 batting average when the season was called off because of the coronavirus pandemic.

Through the Philomath High softball program’s rise toward the top of Class 4A over the past four years, Hannah Williams played a key role with her glove at shortstop as well as her clutch hitting at the plate.

Those talents on the softball field carried her to the next level with Pacific University. Williams now wears her familiar No. 3 at Sherman/Larkins Stadium in Forest Grove and plays second base. Pacific got in 15 games this season before the coronavirus pandemic led to the cancellation of the remaining schedule.

For the short taste of college softball that she was able to experience, Williams said it’s been a great time.

“It helps a lot to have a team that’s supportive of you, even coming in as a freshman and getting starting time and the coaches, too, support you, so that helps a lot,” Williams said. “I’d say just being confident was the hardest thing for me this year. Having my teammates and coaches and that support system helped me so much.”

Williams had a .368 batting average (7 for 19) when the season was stopped. Four of her seven hits came in one game — a Feb. 15 victory at Centenary College in Shreveport, Louisiana.

“I think the mentality for me that game was not that I have to hit, but that I want to hit and that I’m going to hit so I can move or score my teammates so we could win the game,” Williams said. “It was just a mentality shift on that one.”

Pacific headed into that contest after suffering three straight close losses — falling twice in extra innings on the previous day to LeTourneau University in Longview, Texas, and then by one run earlier in the day on Feb. 15 at Centenary.

“That was a fun game,” Williams said about the 8-4 victory. “If I remember right, the previous game we didn’t play as well as we wanted to and our whole team, just our energy, we all came out so much stronger.”

Williams raised her average from .167 to .375 with the performance. She drove in a pair of runs with a single to left field in the third to tie the game, 2-2, and a single to center field in the seventh to give the Boxers a 5-4 lead.

Williams was part of a rotation that Pacific coaches implemented to get various players good time on the field. Williams started six of the team’s 15 games at second base, where she committed no errors with a 100% fielding percentage on 18 putouts and eight assists.

Williams said she didn’t have any adjustment issues by switching from shortstop to second base. In fact, following her final season with the Warriors, she had started to play at second on her summer travel team.

“That’s where my coaches at Pacific wanted to see me,” Williams said. “So I played there for my senior summer and carrying over into college.”

Williams said the players were informed about the season’s cancellation in a team meeting.

“Our school did a great job of being supportive of us through that time but it was really hard because everything kind of hit all at once,” she said. “Knowing our seniors were done, which is just so heartbreaking, I can’t even imagine what they’re going through.”

The Boxers had just a 4-11 record when the rest of the season was called off but Williams believes the team was ready to turn the corner.

“It was really hard finding out and frustrating, too, because of all of the work we put in in the weight room and in our offseason and we don’t get to show for that,” Williams said. “As a team, I don’t feel like our record shows how we played and who we are. We played some tough teams and we learned a lot, so we really didn’t get to show that which was really unfortunate.”

Pacific lost four games by one run and two in extra innings. When the season was disrupted, the Boxers had lost five straight, including an 0-4 start to Northwest Conference play when they suffered a sweep at Linfield.

The decision to end the season was finalized but despite no possibility of games coming up in the near future, players continue with workouts. They also communicate with one another through weekly meetings.

“Our trainer sent out home workouts — obviously we can’t get into gyms right now — so were doing at-home workouts right now and everybody’s just trying to find motivation and help each other through this time,” said Williams, who is home with her family in Corvallis. “Obviously, the coach wants us to go and all of us want to go hit and take ground balls or do whatever we can so we can get better.”

Williams will be focusing primarily on hitting in the coming months.

“I have worked with my coaches to come up with the best way for me to work on the things that I need to work on,” she said. “I have an individual hitting plan that I’m going to implement all summer and with the extended break because we have no season, I’ll be working on that through that time and that’ll carry over into next season. The work will show, hopefully.”

Williams said she actually could still play another year of summer club ball because of when her 19th birthday falls.

“I have thought about possibly doing a couple of pickup games but I don’t know for sure because my travel team does not have the same coaches and everybody went their own ways,” she said. “So I’m not sure what I’ll do.”

“Everybody has the option if they would like to take an extra year, which is awesome,” said Williams, who is majoring in biology with a minor in Spanish. “I have the option to take it but I’m not required to. It will just depend on my academic standing whether that’s something that will work for me or not.”

Williams is just one year removed from PHS softball, which experienced a string of successes that the program had never seen. The Warriors were heading into this spring with significant talent returning and expected to make another run for the postseason.

“My heart goes out to every single one of them,” Williams said about her former teammates. “I can’t even imagine. It’s crazy, this whole thing. The whole thing is just so unfortunate.”

All-decade team: A look at Philomath's top players on the gridiron

Whether it was Trey Ecker connecting on a pass downfield to Ben DeSaulnier, Nic Gay throwing a pancake block to spring a big run or Trent Hard…

Philomath High’s boys soccer program had been a frequent participant in the state playoffs heading into the 2010s. In the reorganized classifi…

Hannah Williams, a freshman at Pacific University, started six games and had a .368 batting average when the season was called off because of the coronavirus pandemic.

Hannah Williams started six games and had a .368 batting average when the season was called off because of the coronavirus pandemic.