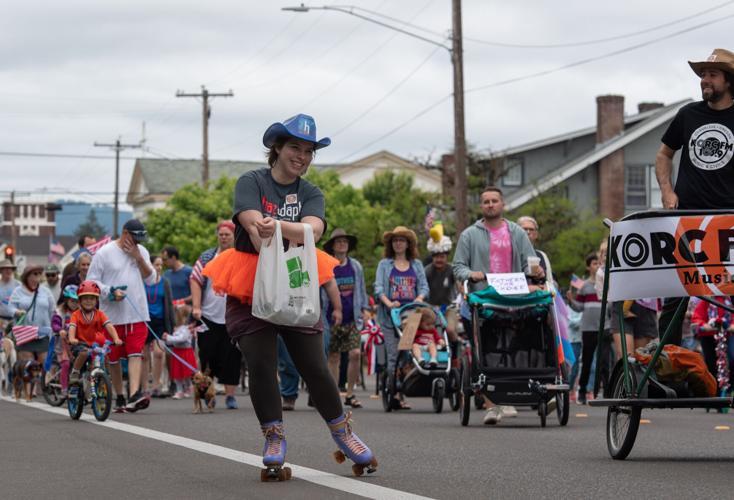 Ginny Katz, CEO of HazAdapt, roller skates through the Fourth of July parade in Corvallis. 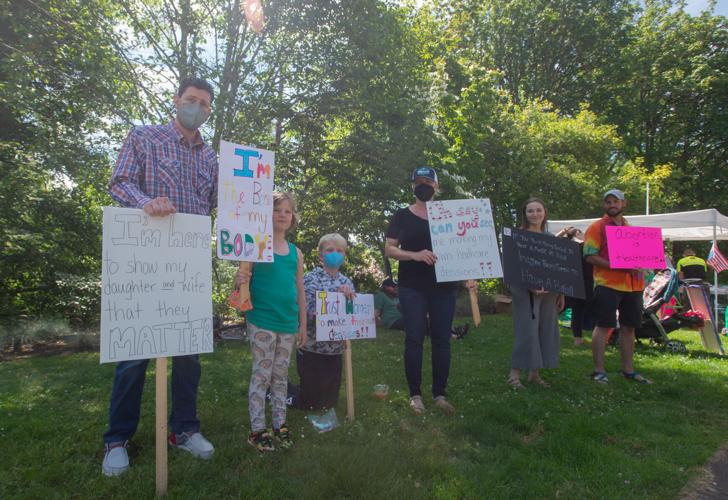 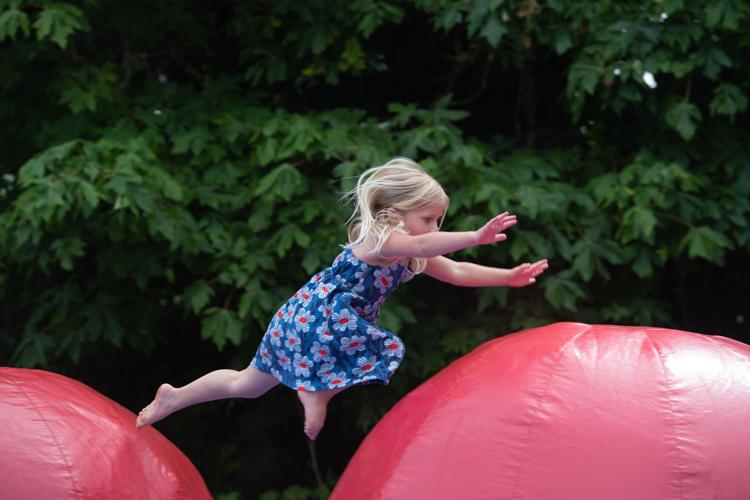 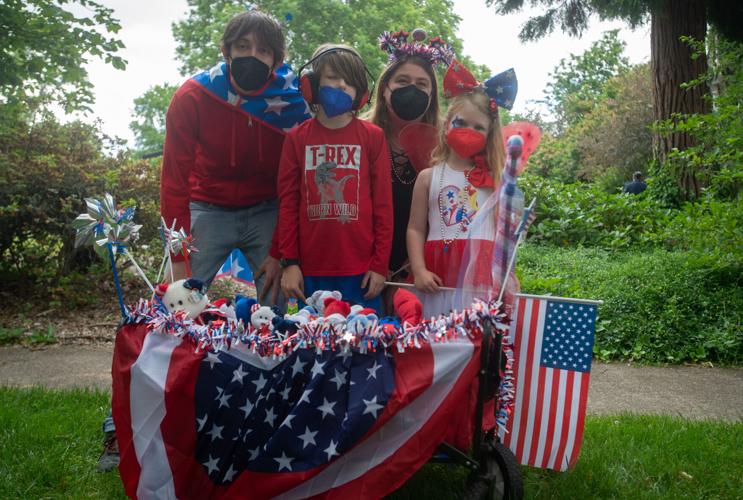 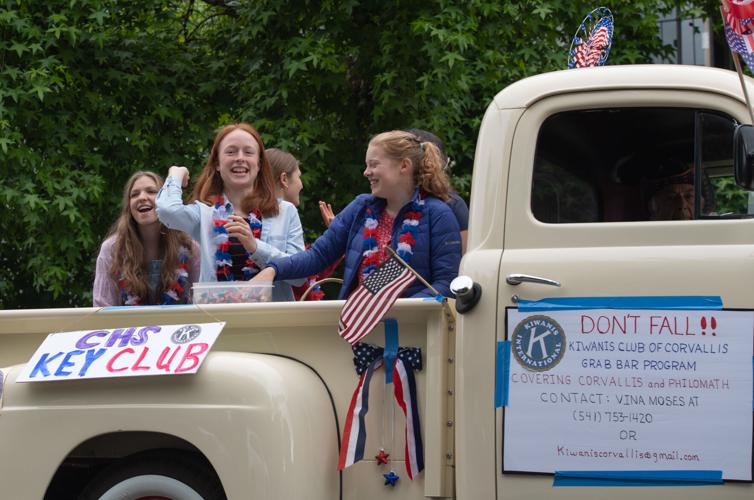 Daytime Fourth of July fun in Corvallis included the town's annual low-key patriotic parade, as well as the Corvallis Red, White & Blue Riverfront Festival, which was back in full swing Monday after a two-year COVID hiatus.

But a recent U.S. Supreme Court decision had some people considering freedom in a different light this Independence Day.

The aptly-named Fabulous, Fantastic, Everyone-Can-Join Fourth of July Parade kicked off at 10 a.m., traversing from Eighth Street to the riverfront. More than a hundred people participated in the annual event, which has been a Corvallis Fourth of July staple for more than 30 years.

The Corvallis High School Key Club officers sat in the bed of a red, white and blue decorated classic pickup truck before their first parade.

Another family of four participated in their first Fourth of July parade, pulling a wagon filled with a collection of red, white and blue Beanie Babies.

“It’s an obsession at this point,” laughed Lawrence Winowiecki, who collects the stuffed animals.

While some rode in classic cars and wagons, others made their way through the parade on scooters, bikes and foot.

The parade essentially funneled people to the Corvallis Red, White & Blue Riverfront Festival. As one event ended, the other was just getting started.

Food trucks and arts and crafts vendors spanned the length of the riverfront, with bouncy houses for kids and a beer garden for adults.

The event was saved in 2019 thanks to the title sponsor Town & Country Realty. Other contributors include Toyota of Corvallis, Samaritan Health Services and Southern Glazers Wine & Spirits.

Local bands The Deans, Space Neighbors and Hillstomp played throughout the day as people enjoyed hot dogs and other Fourth of July food favorites.

While many celebrated America with handheld flags and pinwheels, others weren’t feeling so patriotic following the June 24 reversal of Roe v. Wade.

Newly-formed activist group Corvallis Action Network set up a table a few yards from the event with information about abortions and where to donate. The group later marched to the Benton County Courthouse for a small demonstration.

Several people held pro-choice signs, including a a family of four attending their first protest.

Eleven-year-old Aiden Sherman made his own sign, which read “Trust women to make their own decisions!” His 8-year-old sister, Olive Beavers, held a sign that read "I'm the boss of my body!"

“We try to have open conversations about human rights,” said mom Lani Sherman. “The Corvallis School District has been great about supporting these causes, and we feel lucky to live in this kind of community.”

Joanna Mann (she/her) covers education for Mid-Valley Media. She can be contacted at 541-812-6076 or Joanna.Mann@lee.net. Follow her on Twitter via @joanna_mann_.

Body of woman, believed to be murdered, found at Coffin Butte landfill

A suspect has been arrested.

The Benton County Sheriff’s Office is seeking information regarding an investigation stemming from a Sunday, Aug. 7 shooting.

See photos of the work in progress and read about the new "Beaver Street."

The activities have their risks, though, especially with so many newbies giving it a try.

A group of locals vow to take their appeals to the next level.

Magic mushrooms to be allowed in Benton County next year

Officials do want to come up with some "time, place and manner" restrictions. Here's what they're thinking.

The defendant used social media to “manipulate, deceive and exploit children as young as 7 years old over a span of nearly a decade.”

Froma Harrop: Your fluffy kitty is a killing machine

Many cat lovers argue that it is cruel to make felines stay indoors. I'm in the opposite camp. We say that letting the kitties outside is cruel — and not just because coyotes and speeding cars threaten them. It's because cats kill birds, chipmunks and other small mammals in shocking numbers.

The online tool, uploaded only a month ago, was angering the public. Here's why.

Ginny Katz, CEO of HazAdapt, roller skates through the Fourth of July parade in Corvallis.