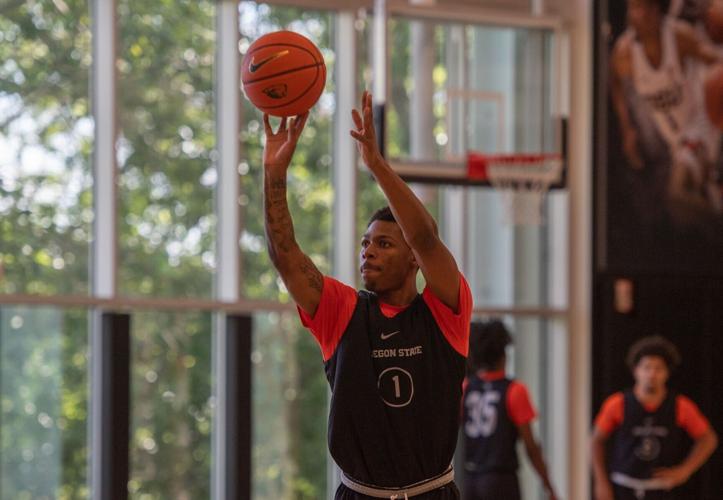 Oregon State sophomore Christian Wright, who played last year at Georgia, is working to extend his shooting range. He saw time in all 32 games for the Bulldogs last season. 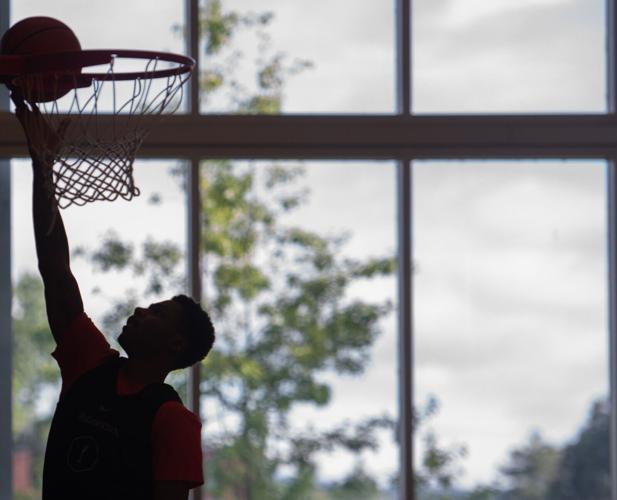 Christian Wright learned to play the game of basketball from his father, Christopher, who didn't grow up playing the game but taught his son a strong work ethic. 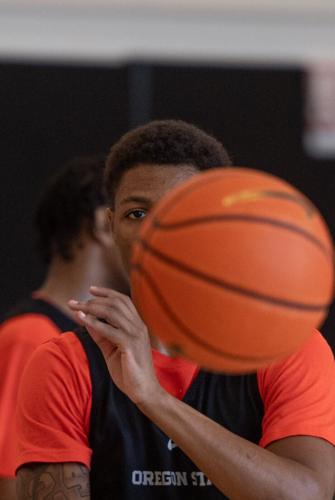 Christian Wright is one of eight new scholarship players on the Oregon State men's basketball team.

Christian Wright had no hard feelings when it didn’t work out after one season at the University of Georgia.

The 6-foot-3, 185-pound point guard soon looked for a new landing spot and found it at Oregon State. It didn’t matter that Corvallis is 2,600 miles from home. He was ready for a fresh start.

“I liked the coaches. It felt like a family environment. Coming from where I came from, it’s what I needed,” Wright said. “This far away from the house … I love basketball and I’m willing to go wherever to play.”

The Beavers are gaining a player with Division I experience in Wright, who played in 32 games (starting 11) for Georgia as a freshman last season.

He had a season-best 17 points and six rebounds against No. 18 Memphis and 16 points versus No. 2 Auburn. Wright’s free-throw percentage (86.1%, 68 of 79) is the fifth-best single-season mark in Georgia history.

Describing his skill set, Wright says he’s “just an all-around playmaker. Play defense first. I want to be the best defender on the team. But get my guys involved. Score. If I can score or get it to my teammates, either one is what I can do for my team.”

One of eight first-year scholarship players with the Beavers, he’s looking to play with more pace, “not just 100 miles per hour” and is working to extend his shooting range.

“But,” Wright added, “if you stop them more than they stop you nine times out of 10 you’re going to win the game. You’ve just got to have the mindset of playing defense. It’s just energy and effort, so I just bring that to the game every day.”

At the time of Wright’s signing in May, Tinkle expressed excitement about the fact that Wright got so much playing time as a freshman in the Southeastern Conference. Wright was one of three Bulldogs to play in all 32 of the team’s games.

“He can play on or off the ball offensively and is a true playmaker. We really liked his assist-to-turnover ratio and the fact that he's a willing passer,” the coach said. “He also loves the defensive side of the ball and will set the tone on that end for us. He's a tough, competitive, high-character young man that gets it done on the court and in the classroom.”

Wright grew up in Alpharetta, Georgia, a suburb of Atlanta, and had many people who impacted his basketball life. But the most influential was his father, Christopher Wright, who didn’t play basketball in his youth but trained his son in the sport.

Wright isn’t sure what people would think of the way his dad went about working with him. Before he was old enough for middle school, Christian Wright was in the gym five or six hours a day being molded to play the game.

“He taught me my work ethic, basically,” Wright said. “I still come back to the gym by myself at night and get up my shots. I’m programmed, I know what to do, and he definitely pushed me to be a better player.

“My dad definitely wanted me to realize that anything I wanted to work for was achievable. That’s what I feel to this day.”

He went on to play two years at Milton High School, where after his sophomore season he was named to Georgia’s Class 7A North All-Star Team.

He then played three seasons at The Skill Factory in Woodstock, near his hometown. In his final year with that club he averaged 27 points, five rebounds, four assists and three steals for the post-graduate team and led the group to a national championship.

Wright’s first live-game experience with Oregon State will come soon, as the Beavers play a three-game tour in Italy. The games mean extra practice time in Corvallis and an early start on building chemistry while taking on an opponent.

Fans of Oregon State women’s basketball will have plenty of opportunities to see the team play at Gill Coliseum during the nonconference portion of this season's schedule.

Oregon State sophomore Christian Wright, who played last year at Georgia, is working to extend his shooting range. He saw time in all 32 games for the Bulldogs last season.

Christian Wright learned to play the game of basketball from his father, Christopher, who didn't grow up playing the game but taught his son a strong work ethic.

Christian Wright is one of eight new scholarship players on the Oregon State men's basketball team.