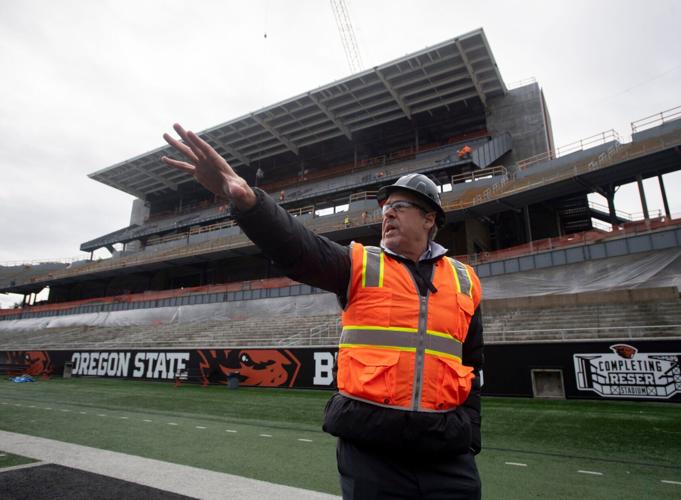 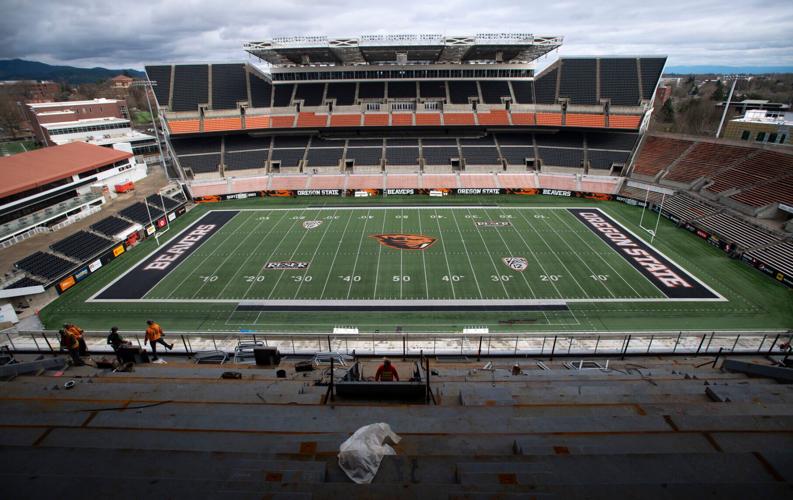 The $162 million project is expected to be completed by August with Reser Stadium scheduled to host the home opener on Sept. 9 against UC Davis. 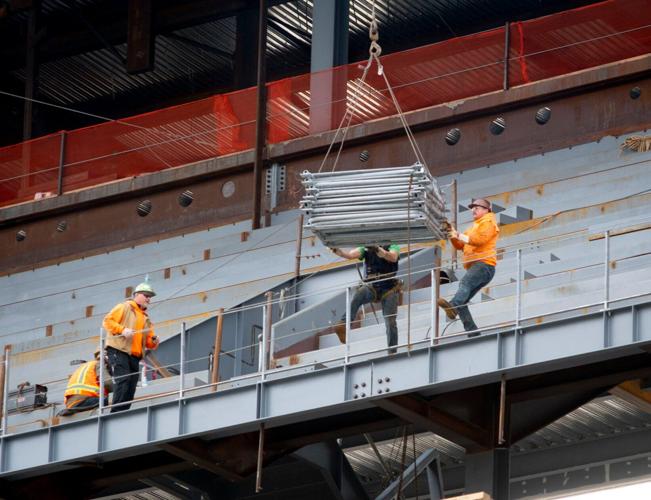 One of the concerns entering the 2022 football season at Oregon State was how the game-day atmosphere might be impacted by the ongoing construction project at Reser Stadium.

There were going to be fewer fans in the stadium as the entire west side was closed off for the renovation. Parking and traffic flow would be impacted by the use of the closure of a large section of the stadium lot. And for the fans at the game, the view to the west would be of an empty, half-built grandstand.

That worry turned out to be unnecessary. The Beavers went 5-1 at home as part of a historic 10-3 season under fifth-year coach Jonathan Smith. With capacity limited by the construction on the west side of the stadium, there was high demand for the remaining seats and the noise and energy from fans was unhindered.

“Closer to probably two-thirds of the stadium packed out every single game. Really that scarcity, demand for tickets, is something that is carrying over to next year because we couldn’t accommodate everybody,” said Oregon State athletic director Scott Barnes.

The impact on fans wasn’t the only concern. Hosting games in a construction zone was a challenge and Barnes gave credit to those who made this process run as smoothly as possible under the circumstances.

“We were really concerned about logistics, ingress/egress, making sure our game operations were set up, and that also went well,” Barnes said. “It wasn’t perfect by any means, but really good planning by our design/build team to get that ready and set. We really had very few issues throughout the year.”

Those concerns will be a thing of the past this fall as the project is expected to be completed well before the home opener on Sept. 9 against UC Davis, said Mark Rado, a construction superintendent with Hoffman Construction.

“We will be ready for the first home game,” Rado said. “We’re gonna be done sometime in August, but we’ll be here with OSU up until game day.”

Workers are currently focused on getting the top level of roofing finished to keep everything dry for the remaining work. During a tour of the stadium this week there were pools of water on the press level.

In the next couple weeks, workers will begin installing the seats on the lowest level and then work their way up the entire west side. There will be no bench seating on that side of the stadium when the project is completed.

The entire construction industry has faced supply issues over the past two years and this project was no exception. Rado said there were issues acquiring the emergency generator and some electrical panels.

But the primary problem was steel.

“One of our biggest struggles was the amount of steel on the project. It’s a steel structure — so much steel — getting it here in a timely manner,” Rado said.

All of the required steel is now on site and it is simply a matter of finishing the work.

Barnes said that even with those issues and some delays due to weather, there was never any worry that the project might spill into the 2023 season. He said there was plenty of time built into the back end of the project to absorb those delays.

Oregon State’s 2023 schedule was announced this week and Barnes said the season-ticket renewal process is just getting going. He is highly optimistic about the demand and said all of the new club seating on the west side has already sold out.

There will be three separate club areas on the west side — the Coastal, Cascade and Founders clubs — and this premium seating will provide a great view of the game, he said.

“These seats at the club level are some of the closest to the field in major college football,” Barnes said.

It’s not just the home team and fans who will benefit from the new construction. Visiting teams will no longer have their locker room in Gill Coliseum but will instead use facilities in the northwest corner of the stadium. There is a dedicated tunnel for use by visiting teams which will improve their safety and security.

“We were probably at least tied for the worst locker room situation for visiting teams being over there,” Barnes said. “We’re treating folks how we want to be treated now.”

The project also includes construction of a Student Welcome Center, which is integrated on the first floor on the southwest side. This space will serve as a general information and meeting space for prospective students. On game days, it will be the entrance for those with club seats.

Construction is also nearing completion on a four-story, 32,000-square-foot campus wellness clinic which sits just outside the southeast corner of the stadium. Rado said Oregon State and Samaritan Health Services will begin moving into that space in mid-May and the clinic should be operational this summer.

The entire project was originally expected to cost about $153 million and is coming in just over that at approximately $162 million.

“We saw some market escalation early and covered that with fundraising,” Barnes said. “Really pleased with where we’re at regarding budget and timing.”

The timing is also right for the Oregon State football program as a whole. The Beavers are coming off a season which ended with a No. 17 ranking in the final Associated Press poll. There is a great deal of optimism for next season with the returning roster and the addition of high-profile quarterback DJ Uiagalelei, a transfer from Clemson.

“It’s a perfect confluence with a football program that’s rising, with a brand new, state-of-the-art venue. We couldn’t be happier with our opportunities going forward,” Barnes said.

The $162 million project is expected to be completed by August with Reser Stadium scheduled to host the home opener on Sept. 9 against UC Davis.