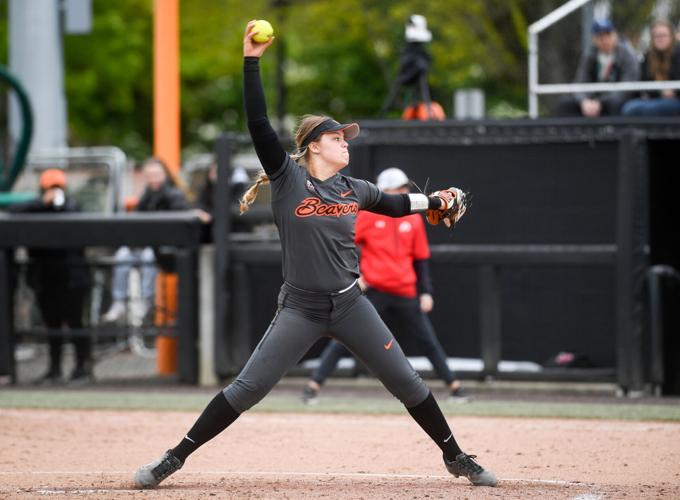 Oregon State freshman Sarah Haendiges earned two wins at the Knoxville Regional to help the Beavers advance to the Super Regionals for the first time since 2006. 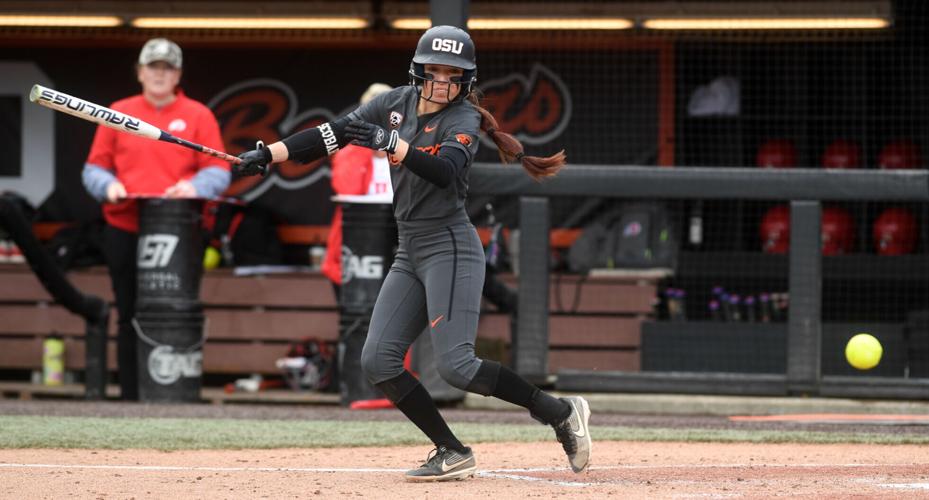 Oregon State freshman Kiki Escobar leads Oregon State with 73 hits this season and is batting .349. She had six hits and scored five runs at the Knoxville Regional.

Oregon State softball coaches and players were confident before this year’s NCAA tournament selection show that the team had done enough to earn a bid to the postseason.

But there was no guarantee the team would receive an at-large berth and some anxiety would remain until their bid was made official. Once it was announced that Oregon State was in the tournament and would play at the Knoxville Regional hosted by Tennessee, the outlook changed completely.

Uncertainty about the team’s postseason future was replaced by a sense of confidence. Oregon State had faced Tennessee earlier this season and defeated the Volunteers 5-2 in a tournament game in Palm Springs, California.

Oregon State did exactly that. The third-seeded Beavers went 4-1 at the regional, including two wins over second-seeded Ohio State. The team bounced back from a 3-0 loss to top-seeded Tennessee on Saturday to defeat the Volunteers twice on Sunday and win the regional title.

“My approach is to see a strike and hit a strike,” Hammoude said. “If I get walked, I’m still on base. That’s what I have to take it as. I have confidence in whoever is behind me to do their job as well.”

The other two victories at the regional were recorded by freshman Sarah Haendiges. She gave up one run in five innings in an elimination game against Ohio State on Saturday. She was even sharper in the final game Sunday afternoon. Haendiges pitched six scoreless innings before handing the ball over to Mazon to close out the Beavers’ 3-1 regional-clinching victory over the Volunteers.

“I just wanted to do well for the team,” Haendiges said. “I just was trying to get ahead of the batters. I knew that they’re a good hitting team. I only had one strikeout so I was really trusting our defense.”

Haendiges said the team had a positive feeling throughout the final game, which was scoreless until Mazon’s two-run home run in the sixth.

“It was a zero-zero game, but our energy was just crazy in the dugout. I had all the confidence that there would be a big hit and obviously Mariah came through,” Haendiges said.

Fellow freshman Kiki Escobar, who singled to lead off that sixth inning and scored on Mazon’s home run, said there was no worry about having Haendiges in the circle for the decisive game.

“I’m so proud of her. I have the most confidence in her. I’ve seen her pitch through this whole season and every ounce of me believes in her whenever the ball is in her hands,” Escobar said.

Hammoude felt the atmosphere changed after the Beavers’ 8-3 victory in the first game on Sunday. She could feel the Tennessee players and fans start to feel anxious.

“Even though we lost the first one against them (on Saturday), I had a gut feeling we would be able to pull it off. I really did,” Hammoude said.

Oregon State got off to a hot start this season and was 31-8 after a series-clinching victory over Arizona at Kelly Field on April 9. The team then lost 10 games in a row with seven of those losses coming by one run.

The team snapped that losing streak by winning two in a row over Utah to clinch their final Pac-12 Conference series victory of the year.

Escobar said the players were able to keep a positive attitude because they knew they were so close to having different results.

“The losses we were taking were not by a lot. So we knew we just needed this little push through, this little break that we can find, to push ourselves to get that win, so we can win by one and not lose by one,” Escobar said.

Hammoude said the coaching staff remained upbeat and told the team that they were going through the gauntlet and they just had to find ways to continue to improve.

“Since those losses were to good teams, we knew there was just one or two little things in each game, if we change that we would have won those games,” Hammoude said. “That stretch of games definitely has prepared us for postseason. It’s going to be a grind all postseason. Just having to mentally bounce back from that, physically bounce back from that, it just made us stronger.”

Oregon State freshman Sarah Haendiges earned two wins at the Knoxville Regional to help the Beavers advance to the Super Regionals for the first time since 2006.

Oregon State freshman Kiki Escobar leads Oregon State with 73 hits this season and is batting .349. She had six hits and scored five runs at the Knoxville Regional.