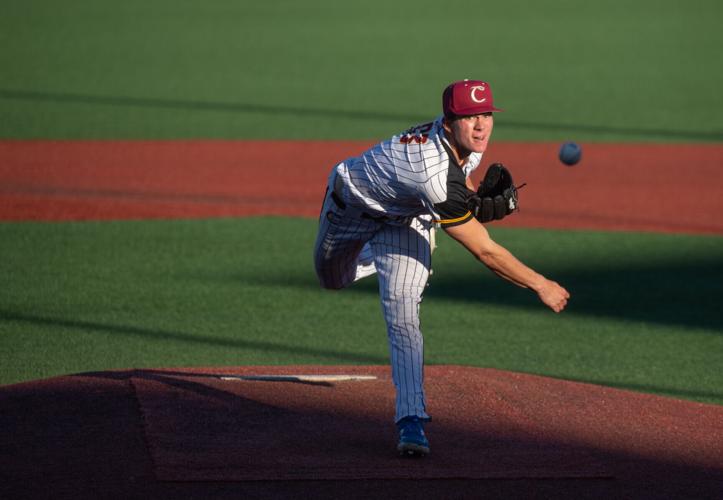 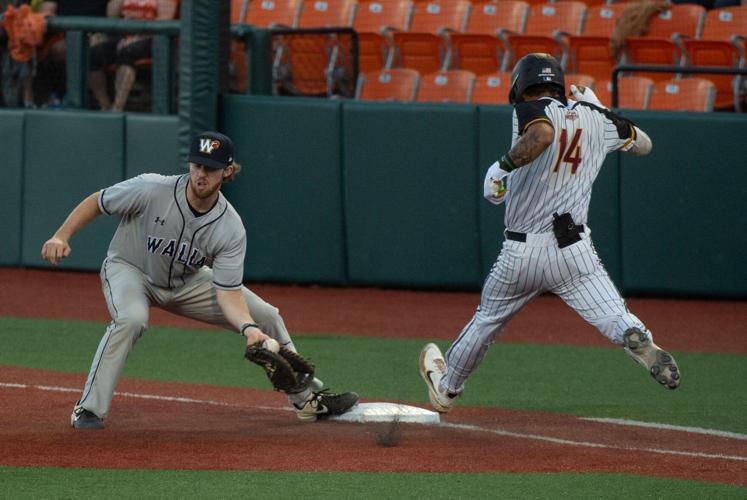 Kiko Romero outruns a throw to first for an infield hit against Walla Walla on Tuesday night. 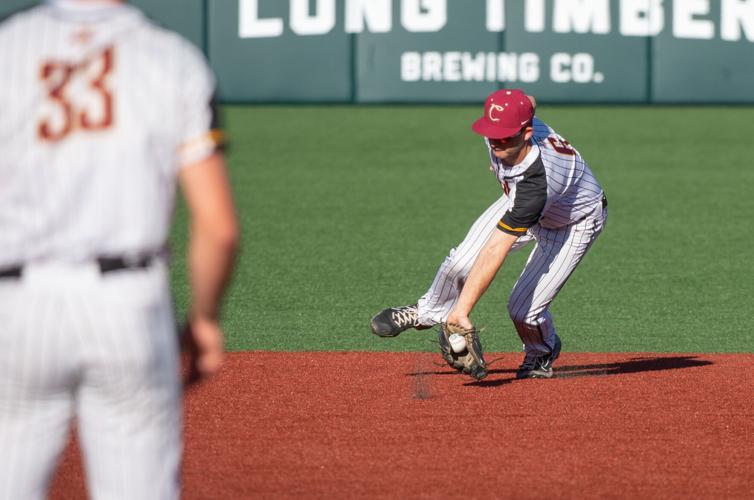 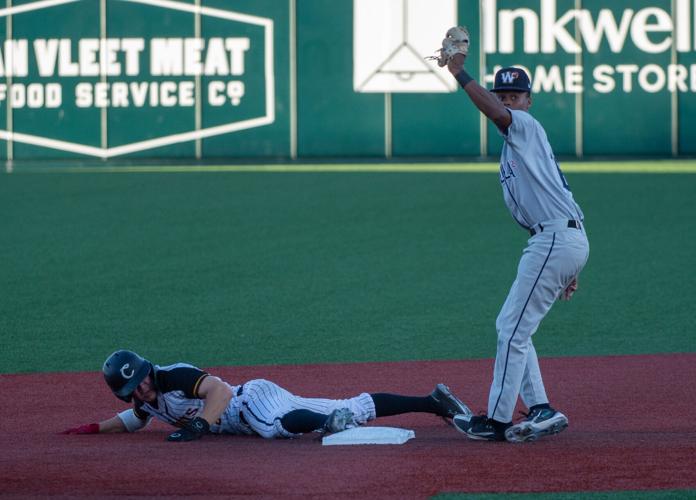 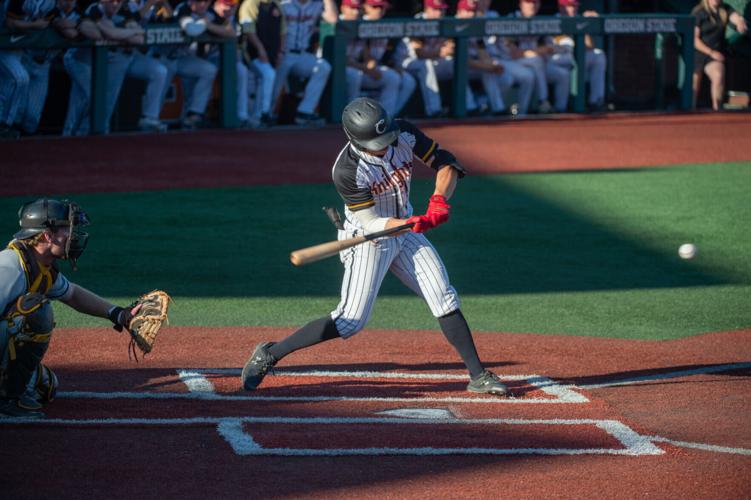 Spencer Scott bats for the Knights. Scott had one hit and scored the Knights' sole run in the 2-1 loss to Walla Walla. 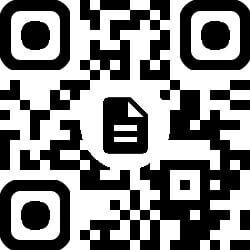 READ: To ﬁnd out the outcome of Wednesday's late Knights game, point your smartphone camera at the QR code and tap the link.

During their nine-game winning streak, everything was clicking for the Corvallis Knights.

On Tuesday, the Knights got a solid effort from their pitching staff but the bats went silent in a 2-1 West Coast League loss to the Walla Walla Sweets at Goss Stadium. Corvallis managed just four hits in the contest.

The Knights started Matthew Ager on the mound and the right-hander from UC Santa Barbara gave up two runs over four innings. He allowed six hits and struck out five with no walks.

Neil Feist pitched one inning of scoreless relief and then the Knights turned to Sean Wiese to finish out the game. Wiese gave up just two hits over four scoreless innings and struck out four.

Wiese said the team would quickly move past Tuesday’s loss and focus on the rest of the series.

“Tomorrow’s a new day, another opportunity to compete and be at the ballpark. That’s all we can ask for is to just turn the page tomorrow,” Wiese said.

Wiese, a sophomore at Hawaii, is in his second season with the Knights. He has made four relief appearances this season and has yet to allow a run over 10 innings of work.

He said the entire staff shares the same goal of getting ahead in counts and limiting walks.

“A lot of strikes on the mound. I don’t think we walk a whole lot of guys. All of our starters are really good … our six starters, the Tuesday through Thursday guys and our weekend guys, filling up the zone,” Wiese said. “And the offense, it makes their job really easy, which is really rewarding as a pitcher knowing that we’re making their job really easy.”

Walla Walla took the lead with two runs in the top of the third. JJ Geraraden hit an RBI triple and then scored on a sacrifice fly by Josh Williams.

Corvallis scored its only run in the bottom of the third. Spencer Scott singled and went to second on a wild pickoff attempt. Mason Le then laid down a textbook bunt and Scott advanced to third and then came around to score as the throw to first went awry.

But that was all the offense the Knights could muster as they left eight runners on base.

Wiese said Walla Walla starter Alec Holmes came through with good pitches in key spots to keep the Knights in check. Sweets closer Stu Flesland III struck out four batters in the final two innings to earn the save.

The Knights will then conclude their homestand with a three-game series against Bellingham starting on Friday night.

Ryan Brown is taking on a new role with the Corvallis Knights this summer and it may lead to a similar change when he pitches for Oregon State next spring.

The Corvallis Knights were held to just three hits on Sunday in a 3-0 loss to Bellingham at Goss Stadium.

Bellingham edged Corvallis 8-7 in 11 innings on Friday night to claim the opening round of a weekend series between the division leaders in the West Coast League.

Corvallis Knights bounce back with 10-5 win over Walla Walla

Corvallis wasted little time in returning to the win column as it scored five times in the first inning in a 10-5 victory over Walla Walla at Goss Stadium.

The Corvallis Knights are off to a fast start in their pursuit of a sixth consecutive West Coast League championship.

The Corvallis Knights start their quest for their sixth consecutive West Coast League championship on Friday night when they open a three-game set at the Yakima Valley Pippins in a rematch of the 2021 WCL Championship Series.

The Corvallis Knights opened their 2022 West Coast League home schedule with a 6-3 victory over Yakima Valley on Friday night at Goss Stadium, extending their winning streak to seven games.

Right-hander Duke Brotherton dominated in his first start and the Corvallis Knights finished off Cowlitz 9-0 on Thursday night to sweep their West Coast League series.

Kiko Romero outruns a throw to first for an infield hit against Walla Walla on Tuesday night.

Spencer Scott bats for the Knights. Scott had one hit and scored the Knights' sole run in the 2-1 loss to Walla Walla.

READ: To ﬁnd out the outcome of Wednesday's late Knights game, point your smartphone camera at the QR code and tap the link.