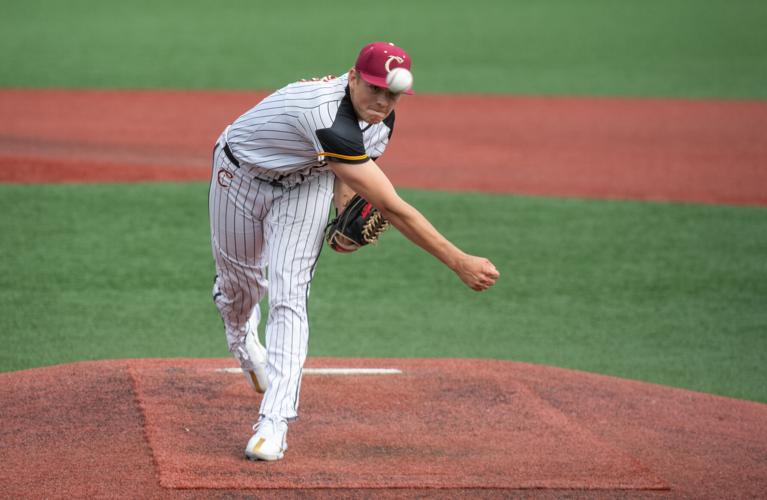 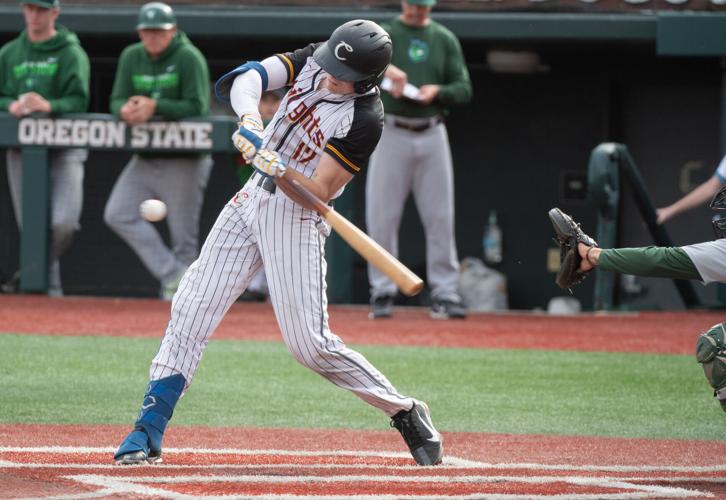 Zander Darby broke a scoreless tie with a two-run single in the sixth inning as the Corvallis Knights defeated Yakima Valley 3-1 on Sunday night at Goss Stadium. 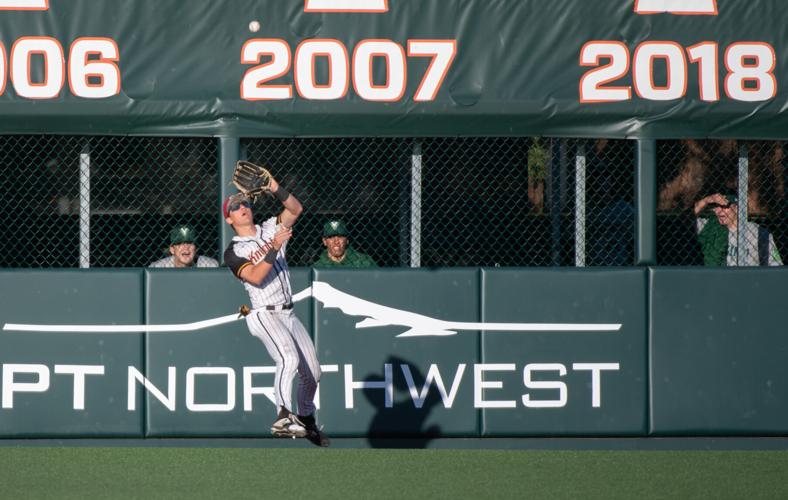 Corvallis Knights outfielder Titus Dumitru catches a fly ball for an out. 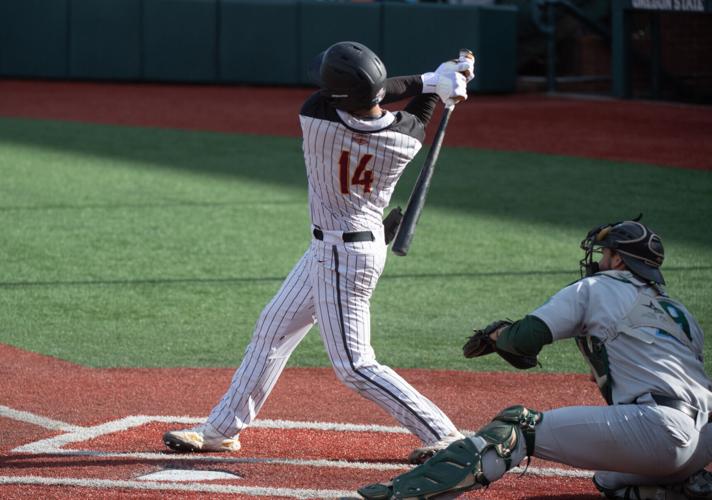 Pitching and defense held down the fort until the Corvallis bats finally woke up Sunday.

But three runs in the sixth were more than enough for a Corvallis pitching staff that came in having allowed just 11 earned runs through its first eight West Coast League baseball games.

University of Portland right-hander Joey Gartrell and five teammates held the Pippins to four hits and allowed three hits in a 3-1 win for the Knights’ ninth straight victory to open league play.

Yakima Valley scored one in the seventh inning before Nathan DeSchryver put out a fire in the eighth after the Pippins loaded the bases with one out. Ethan Ross sent the visitors down in order as Corvallis lowered its team earned-run average in league games to 1.33.

“Kind of scared us at the end. But we feel if we need to score more runs we can do that as an offense,” said Knights first baseman Kiko Romero. “Not really worried about it because we know our pitchers are shut down, our defense is pretty shut down.”

Spencer Scott, whose diving catch at shortstop started an inning-ending double play in the third, got Corvallis started on offense in the sixth with a leadoff single to center field. Romero then reached safely after an outfielder dropped a fly ball.

With one out, Zander Darby’s single to left scored two. Brady Lavoie followed with a run-scoring double down the right field line to really put the pressure on Yakima Valley.

“It’s great to give pitchers a lead, because it’s zero-zero and nothing was really going on,” Darby said. “So it was awesome to give them a little room for comfort. They can pitch with more confidence. Our defense really helped our pitchers out. So that was great.”

Kaleb Kantola pitched a scoreless sixth. West Albany High alum Chase Reynolds struggled in the seventh. He gave up a double and a walk and drew a fly ball in the three batters he faced.

Will Clark came on and recorded three outs while allowing a hit and a walk. A sacrifice fly with Clark on the mound resulted in the Pippins’ run.

DeSchryver worked out of the jam he was handed in the eighth by drawing a grounder that led to force at home and a long fly ball that was caught at the left field wall by Titus Dumitru.

Lavoie had two of the Knights’ five hits and Darby a team-best two RBIs.

Offense was hard to come by through five-plus innings.

Gartrell worked around two singles in the third -- as Yakima Valley had two runners on with one out -- and he had some help doing it.

Scott dove and snagged a hard liner by Hank Dunn. Scott then got to his feet in a hurry and threw out a runner who had come off second on Dunn’s contact.

Corvallis had two runners on in the bottom of the third on two walks but couldn’t score.

The Knights collected their first hit on Lavoie’s lined to single to center with two outs in the fourth but couldn’t do anything with it.

Recent Santiam Christian graduate and Oregon State signee Ely Kennel is hitting .421 in six league games with the Knights. He walked with two outs in the ninth as a pinch hitter.

The Knights open a three-game home set with Walla Walla at 6:35 p.m. Tuesday.

Zander Darby broke a scoreless tie with a two-run single in the sixth inning as the Corvallis Knights defeated Yakima Valley 3-1 on Sunday night at Goss Stadium.

Corvallis Knights outfielder Titus Dumitru catches a fly ball for an out.