Student fired at officers at Tennessee school, was killed 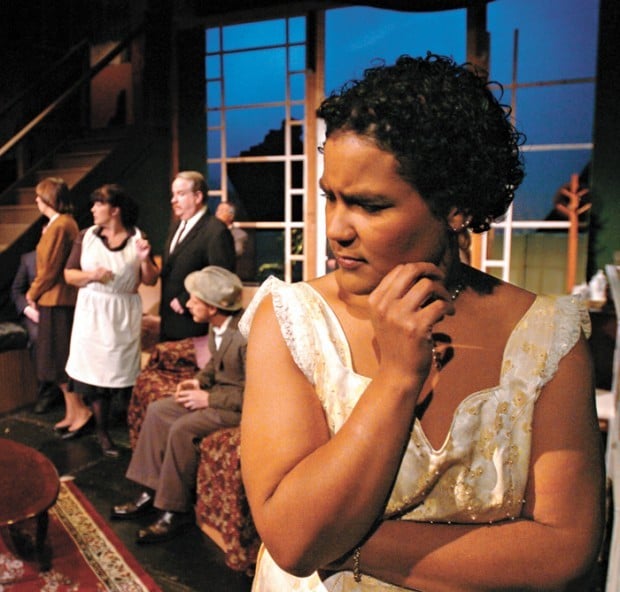 A scene from Albany Civic Theater's production of "And Then There Were None." (Jesse Skoubo/The Entertainer) 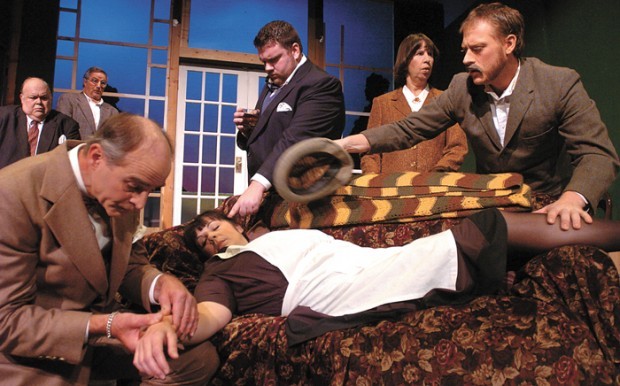 House guests crowd around a fainting Mrs. Rogers (Cheryl Nye) in Albany Civic Theater’s production of ‘And Then There Were None.’ (Jesse Skoubo/The Entertainer) 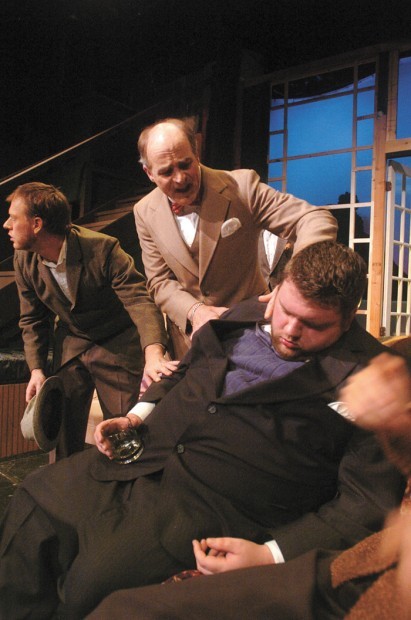 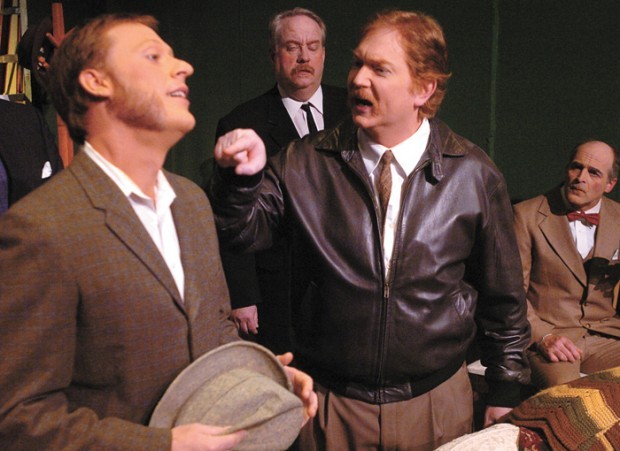 Captain Lombard (Rus Roberts) accuses Mr. Blore (Joshua Winters) of not being who he says he is. (Jesse Skoubo/The Entertainer)
By Amanda Robbins, The Entertainer

ALBANY - Looking for the perfect who-done-it play just in time for Halloween? "And Then There Were None," directed by Kay M. Roth at Albany Civic Theater, is just the show for you. With its surprise ending and great cast, it will be a perfect spook for a rainy night.

After 10 people are invited to a house on an island owned by the mysterious Mr. and Mrs. Owens, things start going wrong. A mysterious voice, employing a nursery rhyme and using a set of toy soldiers on the mantelpiece to illustrate the point, accuses each of having gotten away with murder.

Soon the houseguests are dropping off one by one, the first one choking on potassium cyanide. The guests spend the rest of their time, while stranded on the island, trying desperately to uncover the mystery before it's too late.

Using clues from the poem "10 Little Soldier Boys," the 10 houseguests try to figure out the future before it happens.

"I really like a good mystery," Roth said. "And, in my opinion, this is one of Agatha Christie's best."

There are three murders on stage. Roth said that if you pay really close attention you may be able to find out who the murderer is.

"There are red herrings swimming everywhere to hide the clues," she said.

To add to the mystery the mysterious voice will not be named or credited, though Roth said he was a Corvallis actor who had been on the stage many times.

According to Roth, rehearsals have been going great.

"I have great cast who has really put a lot of time and effort into making it look effortless," she said.

Roth said that one of the toughest parts of the play was for the actors to have the correct accents for the British set.

This is Roth's fourth time directing at ACT. She directed "The Cemetery Club," "The Diary of Anne Frank" and "Of Mice and Men." She also directed a lot of the "Sheepskin Revues" in Scio. Those are original plays that she often helped write and acted in as well.

Roth is excited for opening night, on Friday Oct. 30, and is proud of her cast and crew.

"Every play tells a story through the characters," she said. " We are extremely blessed at ACT to have so many talented actors who bring stories to life on our stage. It's fulfilling to see a show take place."

A scene from Albany Civic Theater's production of "And Then There Were None." (Jesse Skoubo/The Entertainer)

House guests crowd around a fainting Mrs. Rogers (Cheryl Nye) in Albany Civic Theater’s production of ‘And Then There Were None.’ (Jesse Skoubo/The Entertainer)

Captain Lombard (Rus Roberts) accuses Mr. Blore (Joshua Winters) of not being who he says he is. (Jesse Skoubo/The Entertainer)
© Copyright 2021 Gazette-Times, 1835 NW Circle Blvd Corvallis, OR | Terms of Use | Privacy Policy
Powered by BLOX Content Management System from TownNews.com.
You don't have any notifications.