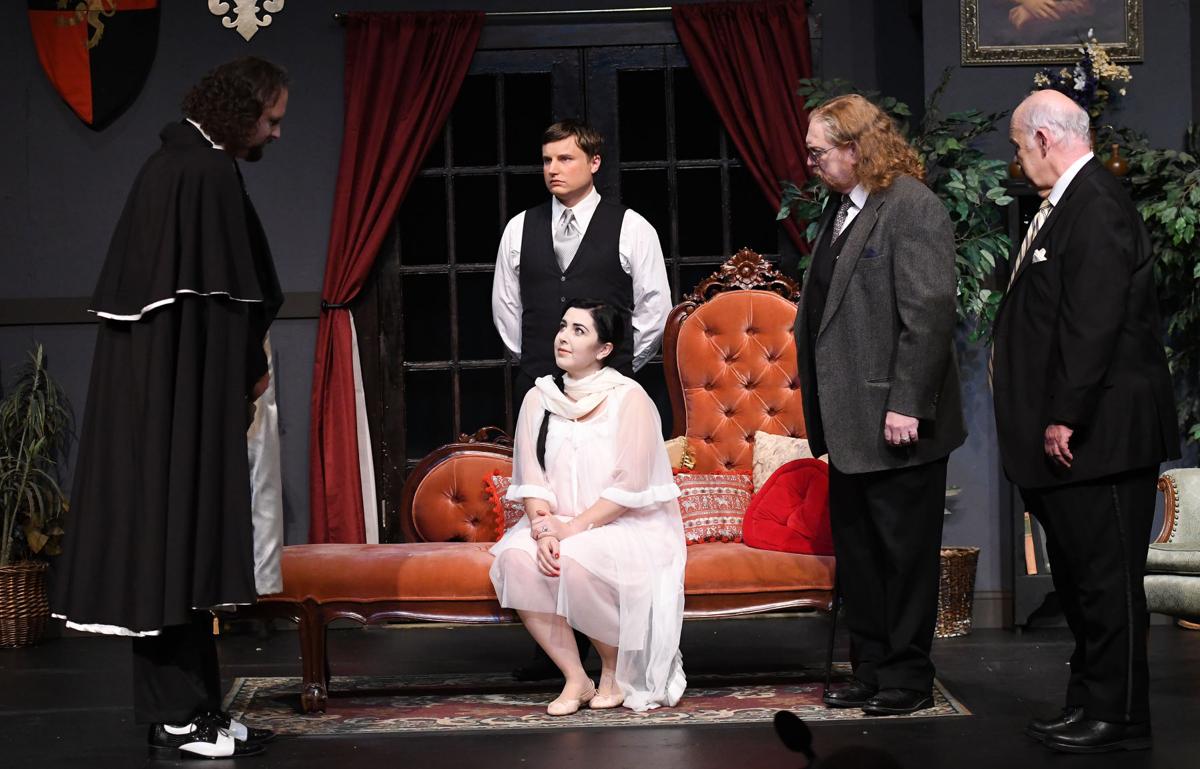 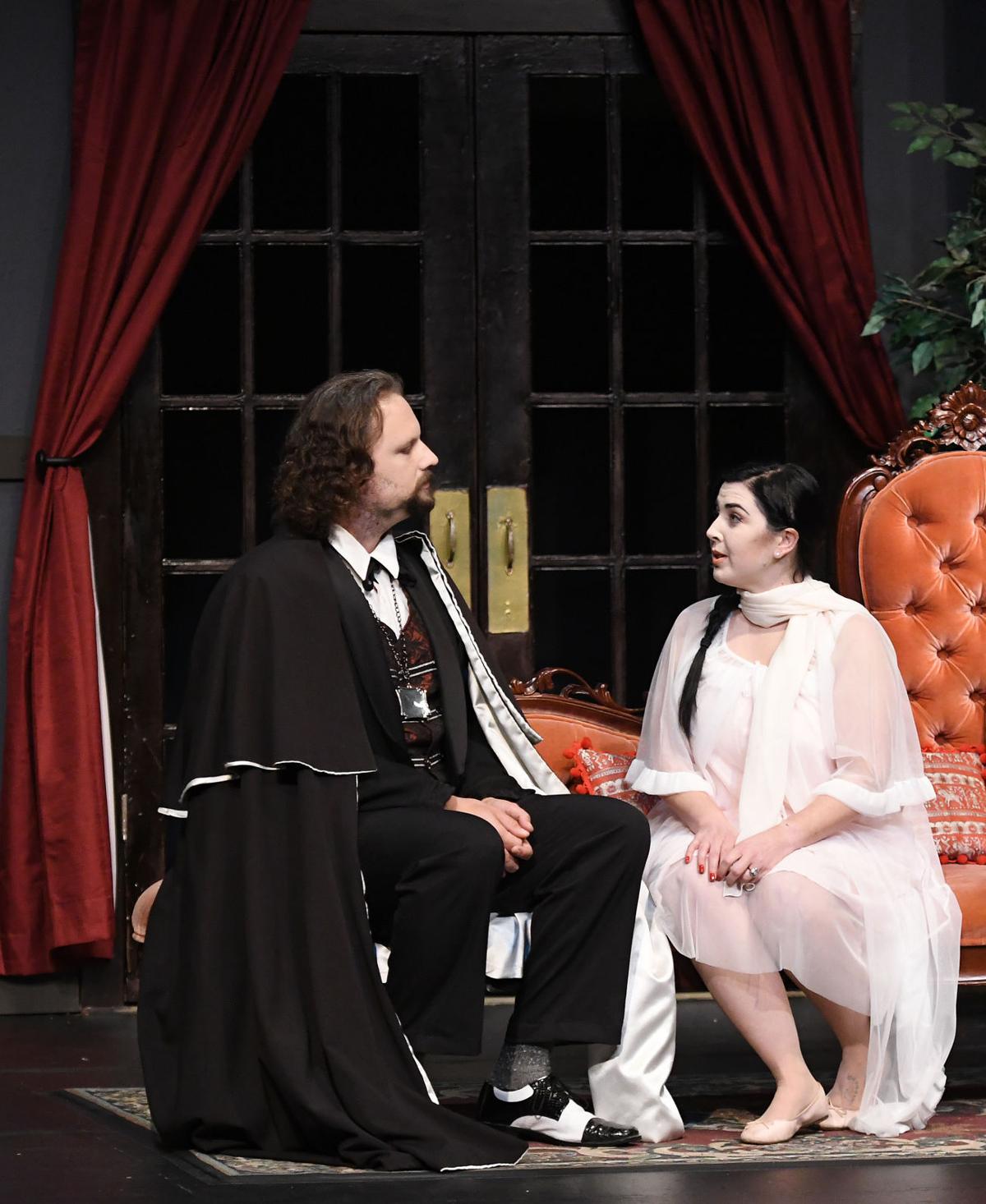 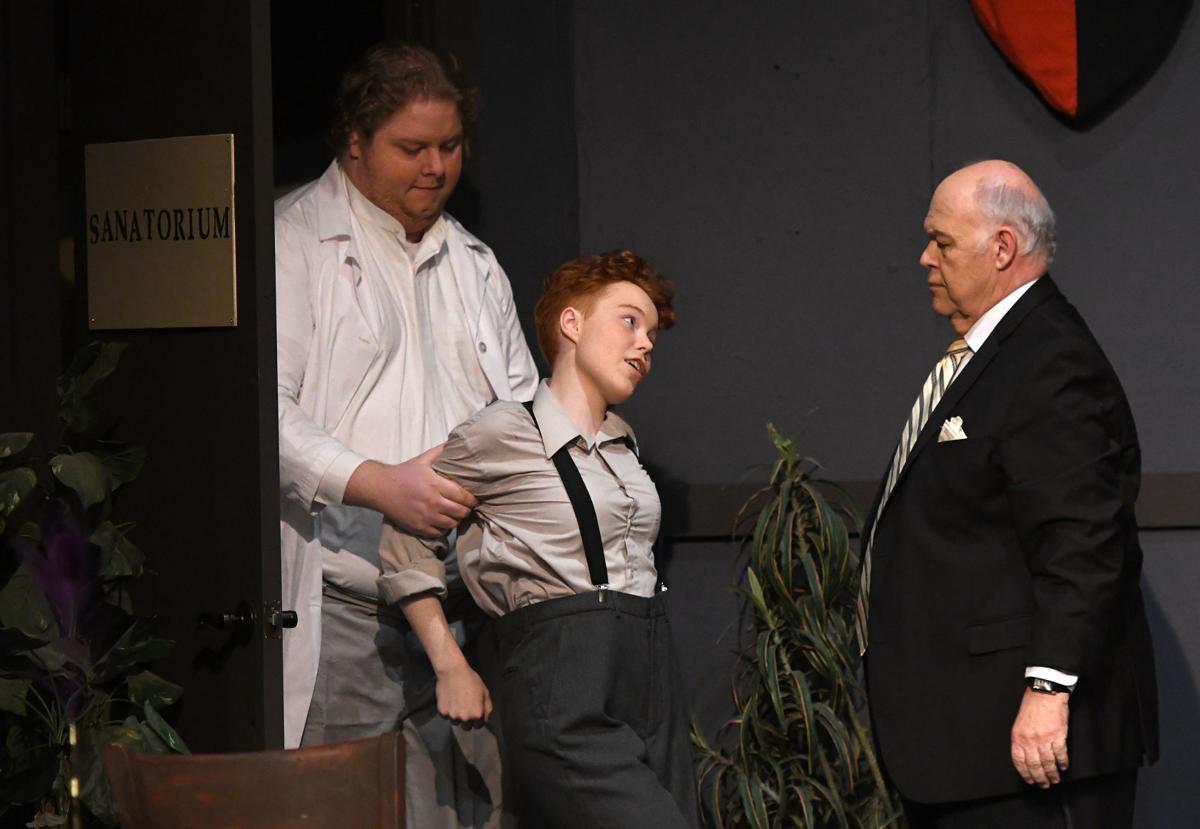 The attendant (Nicodemus Flotten), left, pulls Renfield (Audrey Spotswood) away from Dr. Seward (Bill Brown) and back to the sanitarium in Albany Civic Theater's production of "Dracula." 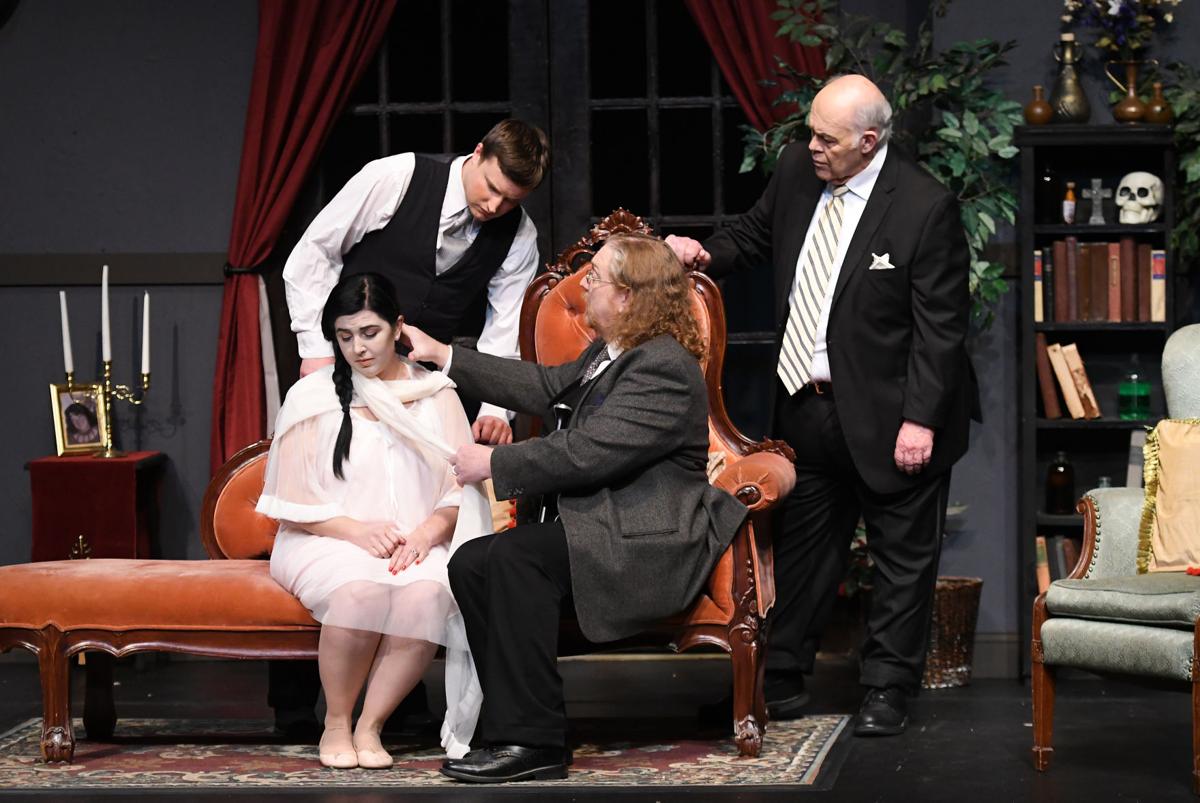 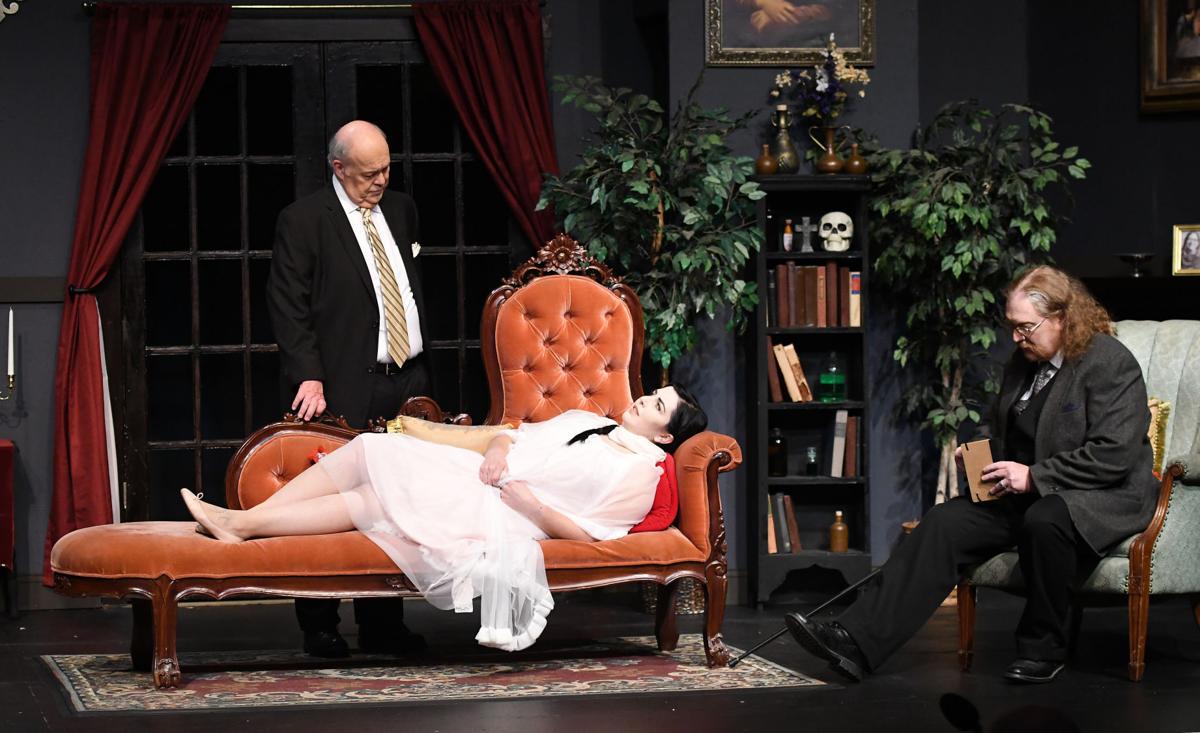 The Albany Civic Theater director just finished listening to an audiobook of “The Exorcist.” Her Ford Focus has a sticker that reads "I'd rather be watching ‘Supernatural.’” Her favorite slasher villain is Freddy Krueger from “A Nightmare on Elm Street” — which she first watched at age 5.

And vampires. Oh, she loves a good vampire story: Buffy, Lestat, Nosferatu, “’Salem’s Lot,” even Edward and the gang. (Yes, she acknowledges, she’s a Twihard, too.)

The granddaddy of all vampire stories, however, is Bram Stoker’s "Dracula.” Thomason pitched it as a show for the 2020 season and it was accepted, just before the global pandemic shut everything down.

Live theater is back at ACT, however. Thomason is thrilled that, starting Friday, she will be able to share her happy place with the first in-house audiences to be in the theater since March 2020.

A longtime volunteer who has done makeup and backstage work as well as acting, Thomason will be making her directorial debut with “Dracula.”

She had cast the show more than a year ago, but life changes for some of the members meant it had to undergo a few personnel changes for the current season.

Actors will not be masked onstage, but will wear them backstage, Thomason said.

Fans of the classic tale will find a lean, pared-down version of the story, one that starts in the middle of the action. It is a dark thriller, but Thomason said it’s still family-friendly enough for children.

“That one gave me nightmares as a child, but I loved it,” she said.

It’s fitting that vampires — immortal creatures, according to folklore — are as timelessly appealing as their undead selves. Their draw, Thomason said, comes from their sheer romanticism. They’re intelligent, cultured and stylish. They stay up late. They give you their … undivided attention.

In Bram Stoker’s story, unlike “Twilight,” they do not sparkle. “These are the classic ‘I’m gonna suck your blood, bite your neck,’ dressed-to-the-nines vampires,’ she said. “They’re smart, dangerous. They know how to use your mind against you.”

At some level, Thomason said, people love a good scare. It’s an adventure, a jolt of adrenaline in a perfectly safe situation. Like live theater itself, it’s a way to leave behind the real world and experience a story through someone else’s eyes.

She’s hoping ACT audiences will find themselves as thrilled to be back watching a live show in their own happy place as she is presenting a happy-place show.

What: “Dracula,” the first in-house production at Albany Civic Theater in 19 months.

Tickets: $14 for general admission. Discounted ticket prices of $11 are available for seniors 60 and older, juniors under 18, U.S. military veterans and holders of Oregon Trail Cards. The show runs through Oct. 30, with evening performances scheduled for 7:30 p.m. Oct. 15, 16, 22, 23, 28, 29 and 30, with 2:30 p.m. matinees Oct. 17 and 24. Audience members will be required to wear masks and provide either a vaccination card or proof of a negative COVID test issued by a health provider or government entity, taken no more than 48 hours prior to the performance. Concessions will not be served, but bottled water will be available for people to consume before the performance or during intermission. Information: www.albanycivic.org.

Gwyneth Paltrow cut back on alcohol after battling Covid-19

Starting Friday, Albany Civic Theater will present a serialized radio performance of an adaptation of Agatha Christie’s mystery “The Secret of…

Through a partnership between the Oregon Cultural Trust and the Linn County Cultural Coalition, grants totaling $178,145 have been awarded to …

The attendant (Nicodemus Flotten), left, pulls Renfield (Audrey Spotswood) away from Dr. Seward (Bill Brown) and back to the sanitarium in Albany Civic Theater's production of "Dracula."