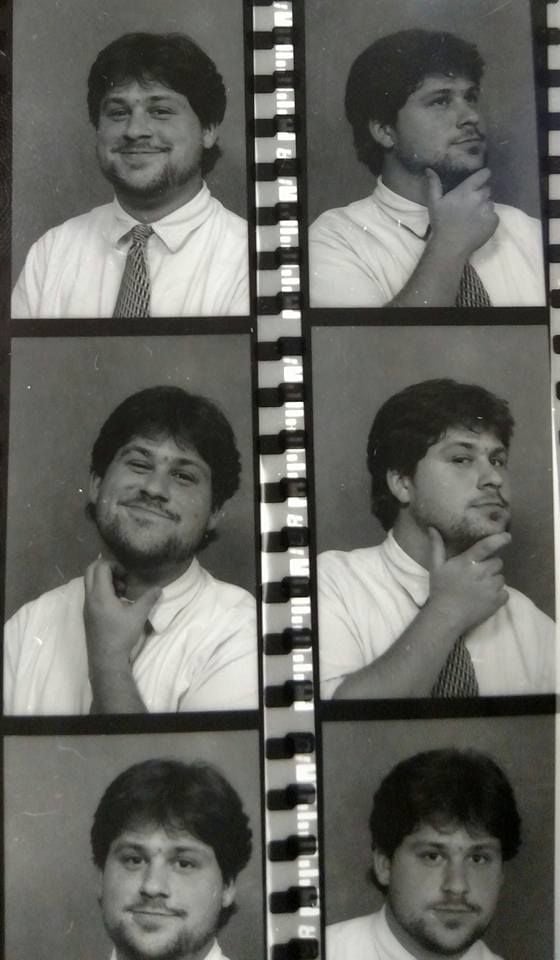 The notoriously camera-shy Cory Frye posed for these snaps in 1997. 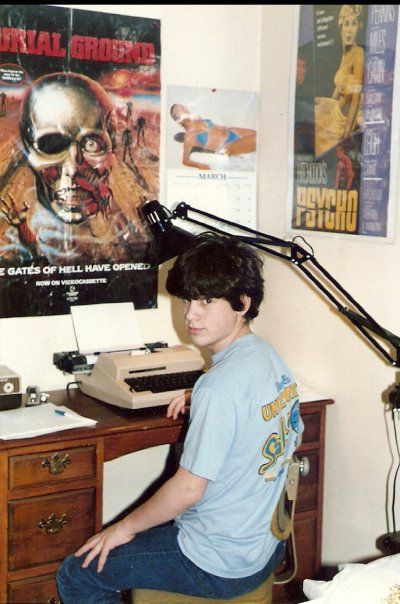 From the quarantined entertainment desk

You're still in one piece."

Around this time three Sundays ago, I was on my cellphone, willing six words into existence I didn’t want to believe: I think I’ve had a stroke. That’s how you’re supposed to say it: regulation, officious, clear. Then you’re supposed to calmly tell the 911 operator your address, flip the outside lights on if you can, and clear a path from your front door to you, where, with any luck, you’ll be whistling a familiar tune to draw attention. (I selected “Abracadabra,” by the Steve Miller Band.)

“I think I’ve had a stroke,” I said with as much joie de vivre as I could muster, in case I needed to take it back. A joke for the damaged middle-aged. But I said it and activated the porch light. Then I opened my PulsePoint app, every newsman’s drug, saw the incident reported, complete with address, and waited for the assigned trucks to arrive. I watched their corresponding numbers turn from green to red on the incident readout as lights flashed outside my window. Here I was, the object of an emergency response I would actually ignore as a journalist because it was neither a structure fire nor a murder. It was only me in my apartment, the right side of my body unusually heavy and false, formerly dismissed in my expert medical opinion as a pinched nerve. Once temporary, now no longer welcome.

Forty-seven years old and I’m sitting in a one-bedroom apartment, clumsily stuffing my right foot into a tennis shoe as three men loom above me, firing very specific questions about my history. Drink, drugs? Neither. I call myself a writer, but I’ve lived so Pollyanna. To compensate, I’ve hammered my internals with loathsome eating habits long into allegedly responsible adulthood — the churnalist diet: hamburgers, pizza, convenience store twaddle, dirt, beer, tawdry speculation, and way too much soda. It was glamorous, never-changing. Now it demanded recompense, shoveling garbage against my heart and threatening to make me into just another three-line entry in the Public Safety Log.

One of the strangest experiences you’ll ever have is hearing your own name over the scanner, especially from the back of an ambulance, your vitals delivered soberly from a driver to some central disembodied voice. Cory Frye, 47 (47!), address, patient transport, Code 3. And I was only going 50-some yards, from my apartment door to the Albany hospital, but special delivery, Amazon Prime, to the emergency room, feet first, neat rows of ceilings to a central room where I then shambled from a gurney to a bed, then rolled under a CT scanner.

I suspected I’d be there 45 minutes, tops. Everyone was so nice and calm. Nothing seemed amiss amid the calm as needles entered my skin, compresses were wrapped around my arms and good-natured chatter continued above me. Cory, take six of these until July and you’ll be fine. Now, send this boy home, knuckleheads.

But there would be no home for me, not for a long while. As minutes became hours on my back, I finally hailed a passing attendant. “Did I have a stroke?” I asked, begging for “no.” He stopped and looked down. “Yes,” he said. “You had a stroke. The doctor will speak to you about that.”

Doctors are peculiar creatures, I’ve discovered, forced to frame potentially dire news in ways that keep patients from leaping off buildings, to take back promises once stated definitively when complications arise, stroking their own scalps and beards to find some way to tell me that yes, I had a stroke, a stress-related howler, and that there’d been internal brain bleed as a result, the complete opposite of “It’s just exhaustion; sleep it off, champ.” Also, my blood pressure was unusually high and difficult to bring down to something less alarming. There was kidney damage, too. This new reality was cousin to “You’re lucky to be alive” brimstone: “You’re lucky your youthful stupidity didn’t end your ride earlier.” You immediately regret all the Munchy’s receipts, hamburgers, pizza boxes. Maybe if you’d walked more that Saturday, you wouldn’t be in this mess today. Perhaps it was unnecessary to hit that fritter this morning. You curse every godless morsel for transforming you into a walking carbohydrate.

You had a stroke. High blood pressure. A weaker heart. Bad kidneys. We have to take you to Corvallis. You will need help. Time off. Less stress. A new diet. A new reality. Perhaps a career reassessment. You may not be so lucky if you come back. It will be worse. You could die. You’re lucky to have your precious faculties. Next time, you won’t.

I’ve never been the happiest of cats. That’s why I became a writer. But mortality is a stone cruel bitch. It’s never intruded upon me before. You’ve always been in the pink of health, indestructible by pastrami and all machinations of men. In truth I was maybe a single sandwich from the Great Beyond.

I pondered them all in a drugged-up delirium — my first since the '90s, when I parted with money for the pleasure — as I was rolled from my bed to a second ambulance bound for Good Samaritan Regional Medical Center in Corvallis, where I’d be playing with the big dogs on a separate level. There’d be a new bearded, frazzled doctor (two, actually) with news both good and bad. The drugs would be faster and more ferocious. I would be transported under another roaring siren, a medic working overhead to keep my spirits up and a driver relaying my vitals over the radio like he was ordering a pizza. God, I wanted a pizza.

Arriving in Corvallis, I was whisked through corridors to what I assumed was an elevator then bull-rushed into a second=floor room, where in a blur my arms were further punctured with tubes and I was settled under deep-beeping tattletale machines that followed my every restless maneuver and brayed my godawful blood pressure — 200-plus, mostly, a fine score for bowling, less so for living — to successions of tut-tutting nurses and doctors. Part of the problem was that my heart was pounding; I was scared to death in an unfamiliar place. With time and maybe more infusions, I settled into a groggy state resembling sleep and the beeping faded to mere annoyance. My blood pressure dropped significantly, but I wouldn’t be out of the woods for a long time, if ever. At this point it was 3 a.m. Monday and I was a slumbering jackhammer.

I was in the hospital, recovering from an episode that could have killed me. Little did I know, another situation was brewing outside my safe walls, one crazy enough for dystopian fiction. I’d been hearing the word “coronavirus” for weeks now, usually preceded by “You don’t have.” But while I was still in Albany, I’d overheard a doctor assure a woman that her child had the flu. “It’s the coronavirus!” she barked back. “I’ve read all about it. It’s here!” They were still discussing it in Corvallis as an anomaly. That would change rapidly over the next few days as the president decided it was serious enough to finally warrant his attention and stumblebum attempts at leadership. Yes, it was deadly, I swore he said, but we are Americans, not those sad, backward idiots in other countries. He touted our death toll like it was some great hockey score. We were stacking bodies, but we were winning, and any reaction was overreaction because we Americans are a formidable people, like our own myth-making says.

Meanwhile, events were being canceled, stores and theaters were closing, streets and parks were clearing, and local shelves were still emptying of such essentials as toilet paper and hand sanitizer. People became so desperate for these items that, according to the hospital, they were blasting into waiting rooms, snatching masks and filling empty bottles with sanitizer, then leaving. I’d thought only junkies stole from hospitals. Now grandma was there, too. A new rule was instated during my time there, in which after Wednesday or Thursday, patients were limited to two visitors total, and I had to identify who they’d be, immediately, and they were the only people who could see me for the remainder of my stay. No more Mike McInally. Au revoir, Bennett Hall. Exit thee, Mark Ylen, Mark Peterson and Jennifer Moody. Vamanos, Steve Lundeberg, Graham Kislingbury and Kim Jackson. Sorry, Dad. It’s the new America: looters and the lottery, coronavirus edition. I’d had a stroke, and to one-up me, the world went crazy.

My stay at the hospital was largely uneventful, save a late-night CT scan and a kidney ultrasound. The food was plentiful and unmemorable: a pot roast was a meat-type solid coated in gravy and cut into cubes. I attempted to rest between pokes and prods and blood-pressure cuffs eating into my bones. My arms were punctured enough times to resemble a passage in any Burroughs novel. I wore a toga-like gown that defied modesty. I learned the difficulty of using restrooms while being hooked to various machines. I showered sitting down, an altogether strange experience. I waked hallways and learned to not veer to my right, stroke-side. I relearned how to walk backward. I long for the day I can walk for distance again and not wheeze after a traversed corner. I’m not, as they say, out of the woods — my blood pressure still spikes, because my body’s still accustomed to faster, high-stress speeds, but I can cool it down now — but I’m damn glad to be alive.

Which I’ve had to tell friends who’ve treated my condition lightly: I was scared out of my mind. I almost died. It was a perpetual concern for a week. I’ll accept bad hair and a peekaboo gown over the alternative. We Gen X slackers can’t leave yet. There are so many words yet left to write, so many new menus yet left to consume. I want to see toilet paper and hand sanitizer on shelves again. I want tomorrow to always come.

The Corvallis Community Band bids adieu to the winter by taking audiences out on the high seas for a thrilling concert centered around water, …

Back in 2015, the Majestic Theatre joined forces with mid-valley dance companies for a fundraiser called "A Floor for Terpsichore." Its purpos…

Random reflections on a year that happened

Facing the music, moving forward with The E

So, what happens now?

Like other sectors of the economy, the arts have been hit hard by the coronavirus as the pandemic has shuttered concert halls, theaters and ga…

The notoriously camera-shy Cory Frye posed for these snaps in 1997. 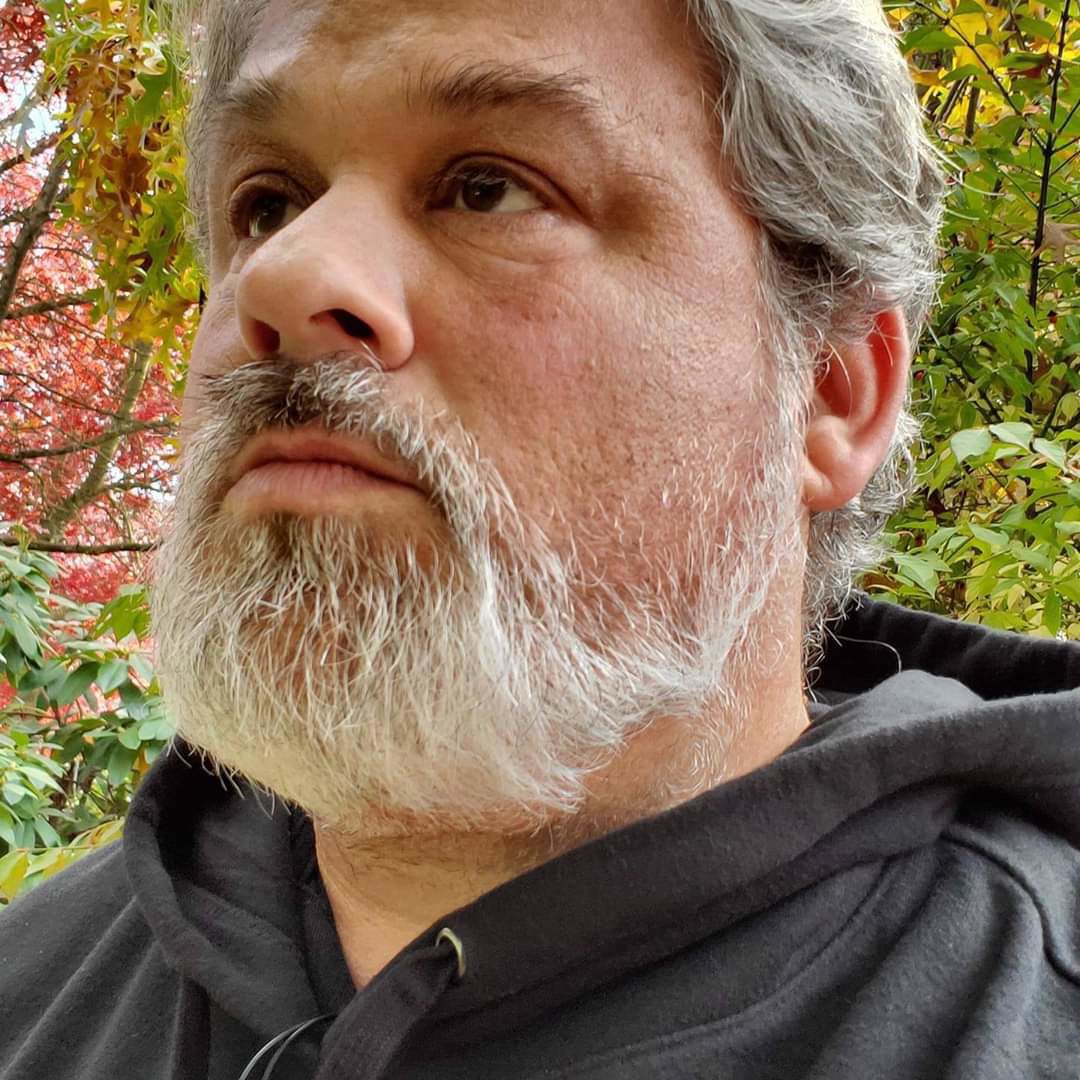