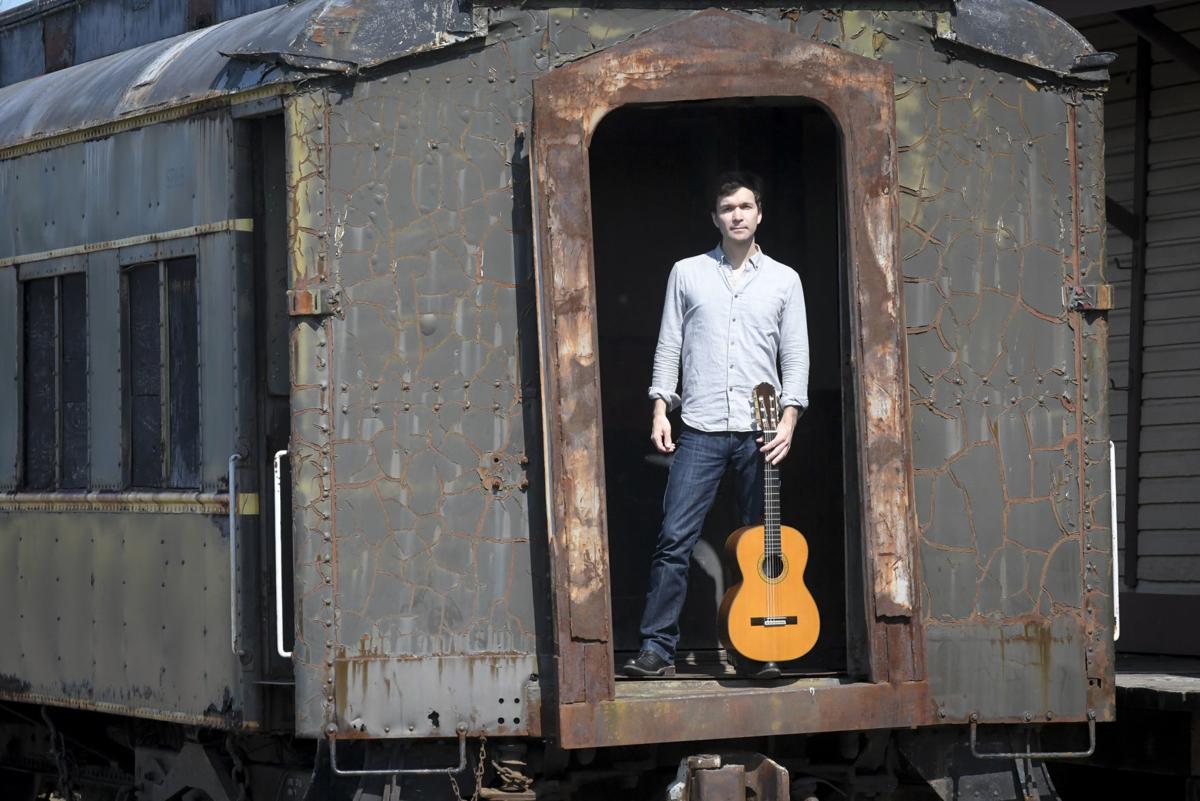 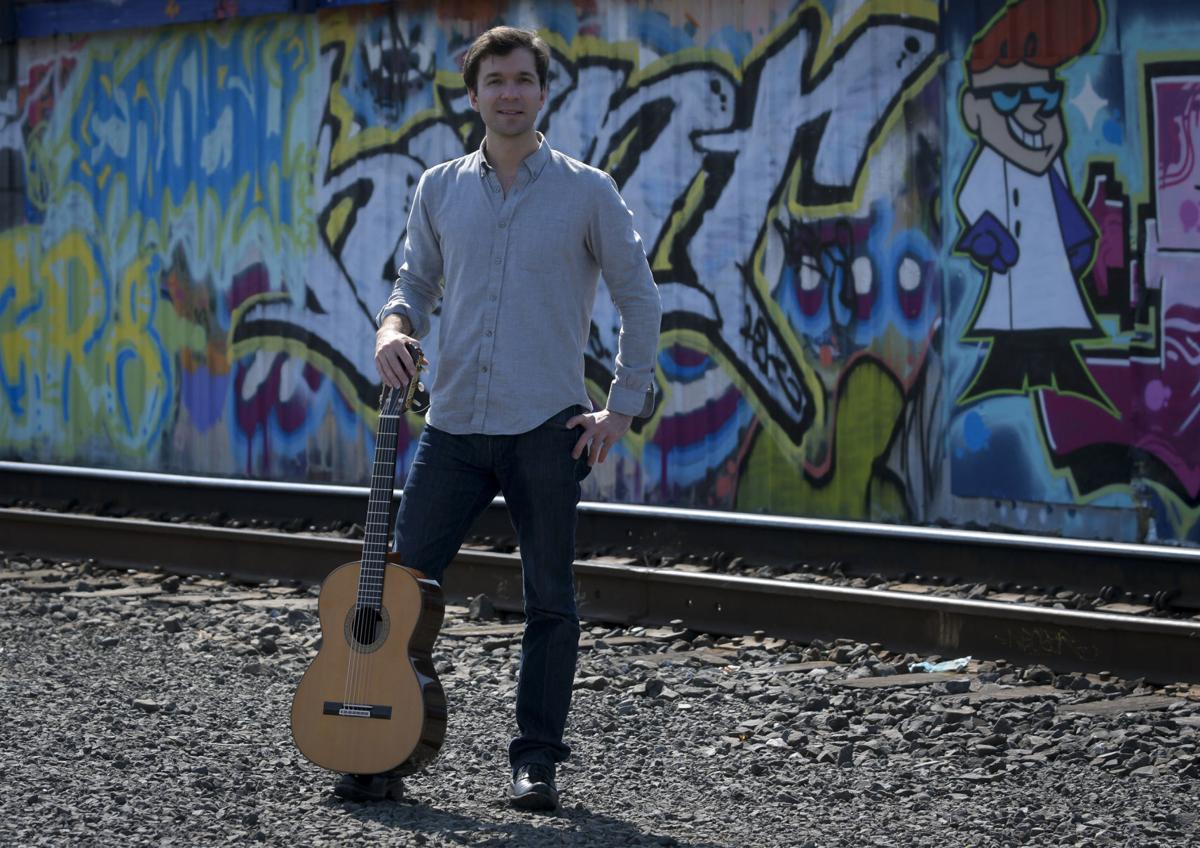 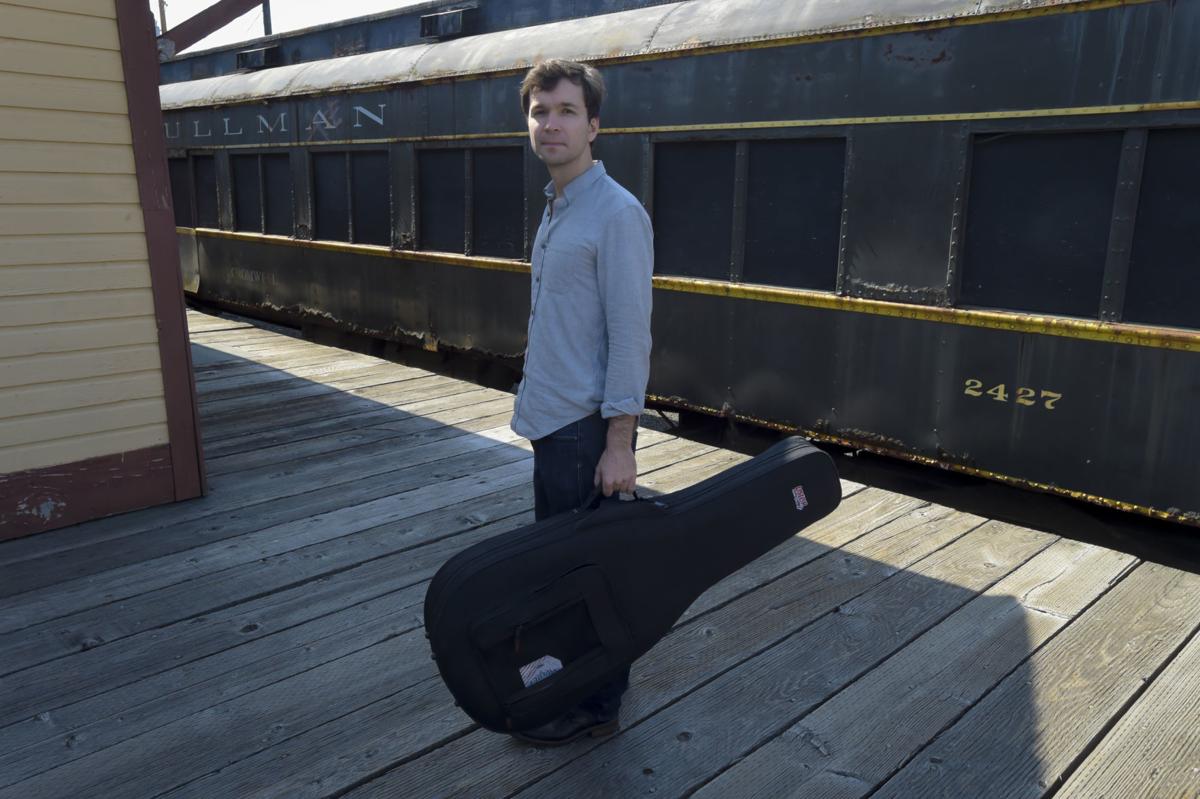 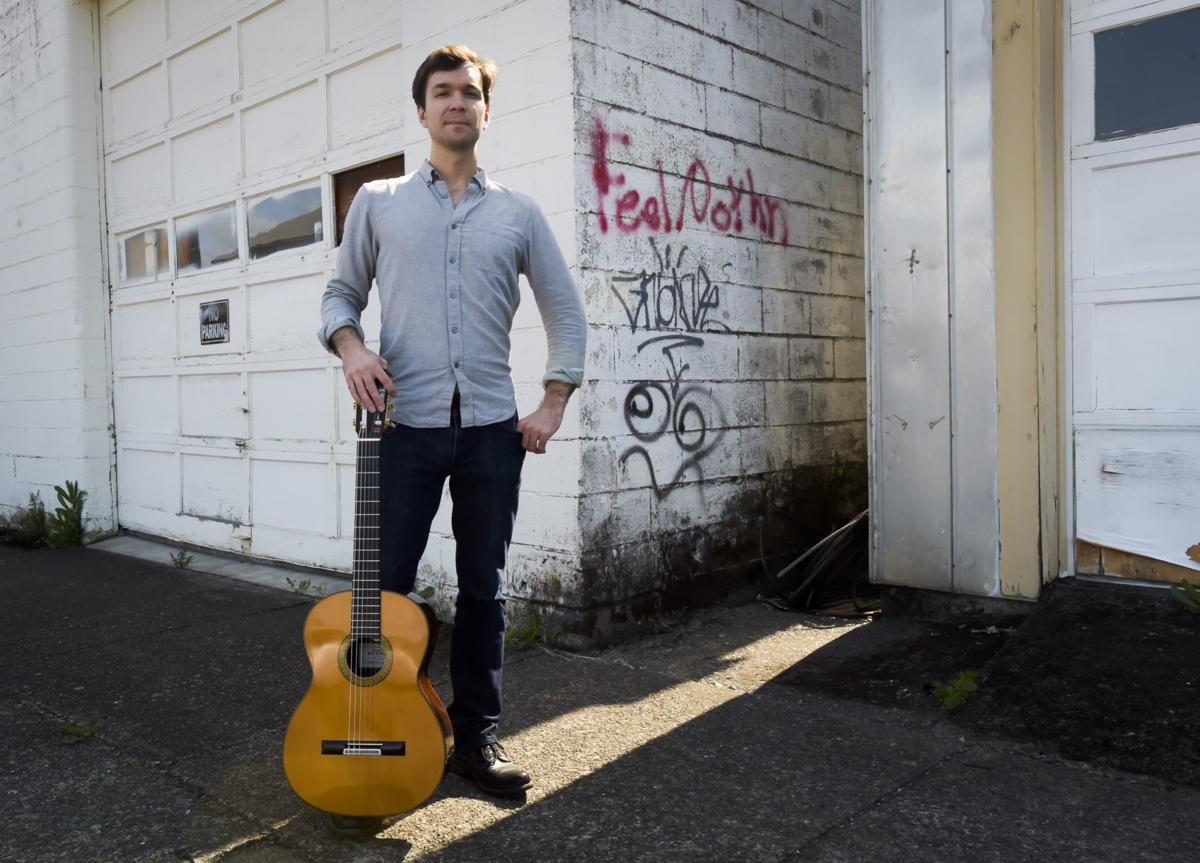 Hikes and nature in the mid-valley have been musical inspirations to Cameron O'Connor since he moved from Los Angeles to Corvallis last year.

The classical guitarist, composer and guitar instructor at Oregon State University enjoyed a walk through Jackson-Frazier Wetland so much that he wanted to encapsulate the feeling into his music.

"I took some photos of that park and went home, and wrote a piece of music. I just decided I would try to do that as often as I could every other week," O'Connor said.

The next time out he hiked in McDonald Forest and admired how the old growth forest protected him from the rainfall.

"So, I tried to write a piece that captured this 'rain without getting wet kind of feeling,'" he said.

Those are the inspirations for two of "Three Northwestern Scenes," one of the original pieces he will perform Friday night during his concert to open the second Corvallis Guitar Festival at the First Presbyterian Church.

O'Connor said his program will be split into two halves: Old World and New World. He will start the concert with a work from 1739, playing music by Johann Sebastian Bach.

The guitarist said he will fast-forward to every generation up until the mid-20th century, ending the first half with works by guitar composer Mario Castelnuovo-Tedesco, a Jewish-Italian composer who also wrote music for Hollywood movies.

"The second half I go down into Brazil and Paraguay, and do my own pieces from Oregon," O'Connor said.

O'Connor was introduced to the guitar by his father, who owned a Dreadnought steel-stringed guitar.

"He got it in college to impress girls, but he can still play the two and a half songs that he could as an undergrad," O'Connor said.

A guitar teacher taught O'Connor how to read music at age 7, and he casually took guitar lessons and played songs by The Beatles.

His first love was love rock 'n' roll music, followed by heavy metal. He eventually moved on to jazz and classical.

"Playing so many different styles is one of the great aspects of the guitar," he said.

O'Connor said his passion and diligence to master the guitar took over when he was 13. He would stay up late and practice for hours to learn all of his scales.

He played for the jazz band and in musical theater productions in high school, and divided his time equally between playing jazz and classical guitar.

O'Connor said it was difficult to decide between the two styles as an undergrad at California State University Northridge. Both the jazz and classical guitar programs were considered among the strongest in the nation. In the end, he thought classical was a better fit.

He went on to receive his Master of Music degree from the Juilliard School in New York City.

"In my graduating class there were no other guitarists," O'Connor said. "The one nice thing about that is I got exposed to all sorts of other musicians."

He most recently finished up his doctorate degree at the University of Southern California Thornton School of Music, where he also worked as a graduate teaching assistant.

The 31-year-old guitarist has performed solo recitals in Japan and all over the country. He's been a prizewinner in 10 international competitions. His playing has been featured in films, including James Franco's "Don Quixote" and on national radio.

His career highlights thus far have included performing as a chamber music soloist at the New World Symphony in Miami, working with Michael Tilson Thomas, music director of the San Francisco Symphony, and premiering six solo guitar compositions in 2015.

"I did a concerto with The Juilliard Orchestra that was conducted by Tan Dun. He was the guy who conducted the music for 'Crouching Tiger, Hidden Dragon,' and that was memorable," O'Connor said.

He joined the OSU Department of Music in September, 2017.

"I like being in Oregon, because I can focus on my craft a lot here, in addition to building a program the way that I want to," he said. "I'm down in L.A. once or twice a month, still very active playing concerts and gigs."

O'Connor said he enjoys collaborative performances the most. Since his move to Oregon, he has performed with several musicians in the Northwest.

He has connected with musicians from the Oregon Symphony in Portland.

"Just last month, I played three concerts with one of the violinists from that orchestra down here in Corvallis and up there in Portland," he said.

O'Connor also performed with Chinese pianist Hui Wu as Ensemble Demitasse in a spring concert in April at The Arts Center in Corvallis. The two musicians, who originally met at The Juilliard School and later reconnected at USC, continue to perform together, he said.

In addition to his concert Friday, O'Connor will lead a workshop and demonstration Saturday afternoon at the festival with Tom Strini, a fellow OSU instructor and music writer, about historical guitars.

An anonymous donor has lent several guitars for them to share with attendees.

The guitar collection starts in 1912 with a Manuel Ramirez guitar, a kind which put Spanish classical guitarist Andrés Segovia on the map. And it ends with a guitar made by Jeffrey R. Elliott of Portland, who is considered one of the country's top living luthiers, O'Connor said.

The demonstration — and the music to be performed at the festival — demonstrate the global reach of the guitar, O'Connor said.

"There are guitar cultures in Paraguay, Brazil, and in Oregon, and there's wonderful music that results in that. It's this instrument that is the unifier of the world," he said.

1 to 2 p.m.: Workshop with Cameron O'Connor and Tom Strini: Exhibition, demonstration and history of guitars from an anonymous private collector.

2 to 3 p.m.: Berto Boyd and Grant Ruiz: "How to Play Flamenco Rumba" (bring your guitar)

The Corvallis Repertory Singers will return to live performances with their customary “Candlelight and Carols” concerts on Dec. 18 and 19 at F…

Nominations for the 2022 Grammy Awards were announced Tuesday. Here's a list of nominees in top categories.

Winners, photos and highlights from the 2021 CMA Awards

Everything you need to know about Wednesday night's CMA Awards in Nashville: