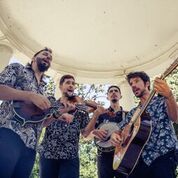 Che Apalache brings its blend of bluegrass and Latin American sounds to the Whiteside Theatre in Corvallis for a Thursday night concert. 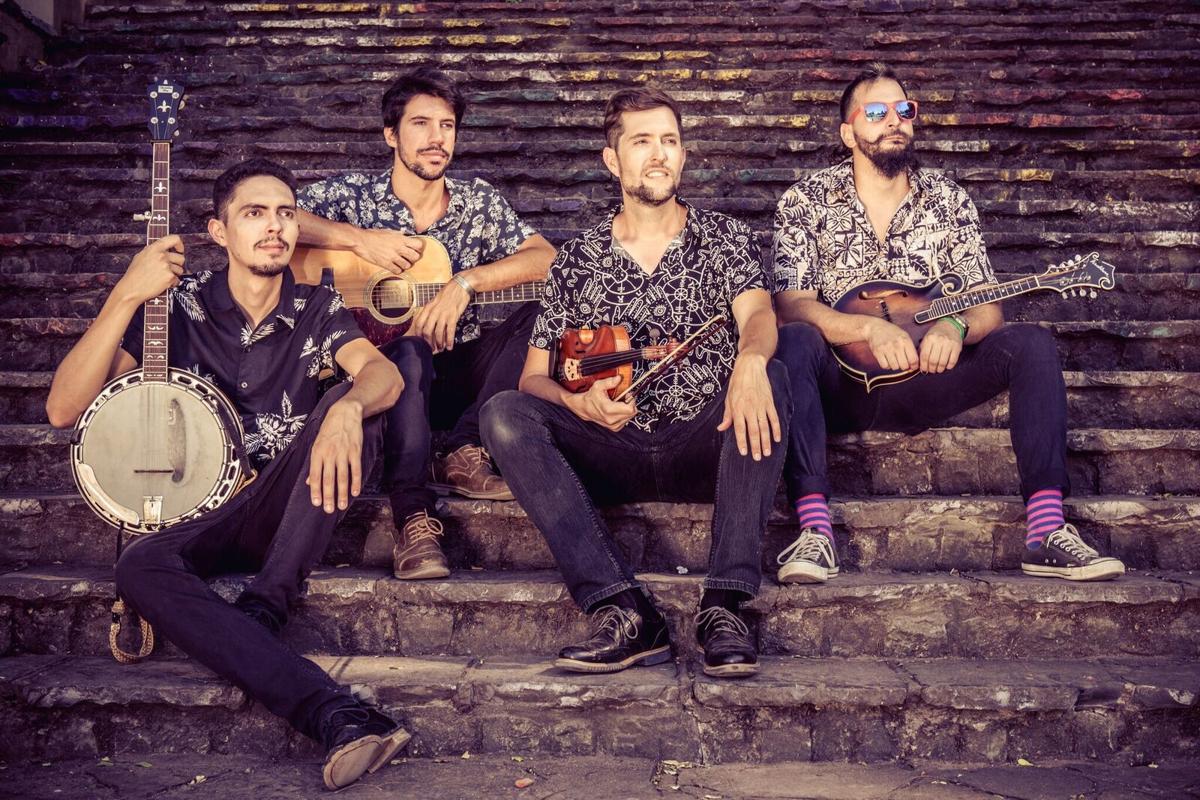 Start with a teenager enthralled by a roadside diner performance by folk and country legend Doc Watson. Mix in a case of wanderlust that eventually lured that teenager to Argentina. Spice liberally with a general fascination with the idea of language itself.

It's oversimplified, to be sure, but those are some of the key touchstones that led Joe Troop to eventually form Che Apalache, the Latin-tinged bluegrass quartet that's scheduled to perform Thursday night at the Whiteside Theatre in Corvallis. (See the related box for concert details.)

Lately, the quartet has been attracting some national attention: National Public Radio featured the band. And banjo legend Bela Fleck produced the band's most recent album, "Rearrange My Heart."

But it started with Troop watching spellbound as Watson performed. "He made it all look so easy," Troop said in an interview with The E this week. "The nearness was appealing, but just the sound of it" was transporting, he said. ... "There was a lot of culture that I didn't know existed."

So the young Troop, raised in North Carolina, bagged the piano lessons he was taking at the time and picked up the banjo; eventually, he started learning the fiddle as well.

But there came a time when Troop, who is gay, didn't feel welcome in his native South. So he hit the road, traveling to Spain at about the same time as that country was attracting a number of immigrants from Argentina, where the economy was in free fall.

In 2010, when Troop felt the need to move again after stints in Morocco and Japan, he remembered those Argentinian connections and headed to Buenos Aires, where he taught bluegrass music and the fiddle, "primarily to beginners."

"I was teaching hobbyists," he recalled, and although that helped pay the bills, it wasn't always musically satisfying.

But then he started to meet players who were interested in performing bluegrass music on a professional level. Two of them, guitarist Franco Martino and mandolin player Martin Bobrik, hail from Argentina. Banjo player Pau Barjau is from Mexico. (Interestingly, Bobrik never had played the mandolin until he connected with Troop.)

The musical influences of the three Latin American players inevitably started to influence Troop's bluegrass roots, but but Troop said that wasn't necessarily automatic or easy: The musicians wanted to be sure that they were being authentic to both musical traditions. "You don't want to be cheesy for either one," Troop said.

By 2015, though, "all of a sudden, now we're actually playing bluegrass and it's sounding good." It took until 2017, though, for Troop to finally officially call Che Apalache a bluegrass band.

In part, that's because he wanted to take the time to be sure the musicians had just the right vocal blend. (He cites the harmonies of The Stanley Brothers as a influence.) That work pays off when the group launches into four-part harmonies for songs like "The Dreamer," written about a friend of Troop's who's an immigrant in North Carolina and a Deferred Action for Childhood Arrivals (DACA) recipient.

And, fittingly enough for a band that aims to erase the boundaries between traditional sounds of North and South America, some of its other songs, such as "The Wall," deal with immigration themes. In fact, earlier this week, the band was touring Arizona and playing shows along the Southern border.

That life on the road can be brutal, Troop said: "The hardest part of the job is just getting from one place to the next."

But the reward, he said, is getting the chance to perform  in that next place: "Playing music is like the medicine for all of that."

HOW MUCH: Tickets are $30 reserved and $25 for general admission. For ticket information, go to this website: https://apalache.bpt.me/

Billie Eilish took home five awards, including record of the year for "Bad Guy." Here's a look at who else won at the 62nd annual Grammy Awards.

BOSTON (AP) — A judge has told Aerosmith's drummer Joey Kramer to dream on if he hopes to rejoin the band as it's set to perform and be honored at Grammy events this week.

There’s an openness to David Wilcox that’s been evident since before he wrote or recorded a single note.

Aerosmith have issued a statement after the band's drummer Joey Kramer filed a lawsuit against them for allegedly not allowing him to perform due to a "minor" injury.

PARK CITY, Utah (AP) — The normally private Taylor Swift premiered an intimate documentary Thursday at the Sundance Film Festival in which the pop star discloses a past eating disorder, chronicles her inner battle over speaking forthrightly about politics and says her victorious 2017 sexual assault court case was a dramatic turning point in her life.

Che Apalache brings its blend of bluegrass and Latin American sounds to the Whiteside Theatre in Corvallis for a Thursday night concert.