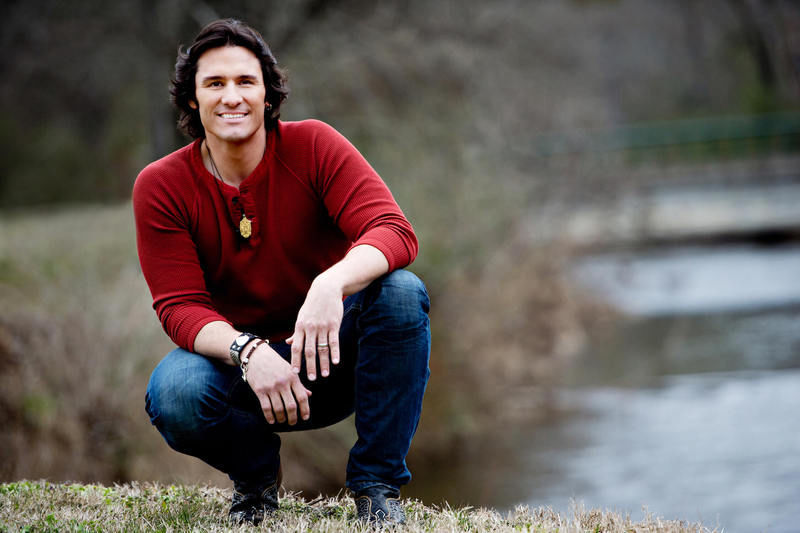 Joe Nichols says he's sensing a resurgence in audiences' appetites for what he calls "real country music" — and this country traditionalist couldn't be happier about it. Nichols and his band perform Thursday at the Linn County Fair. 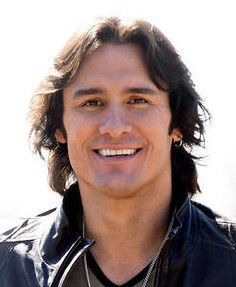 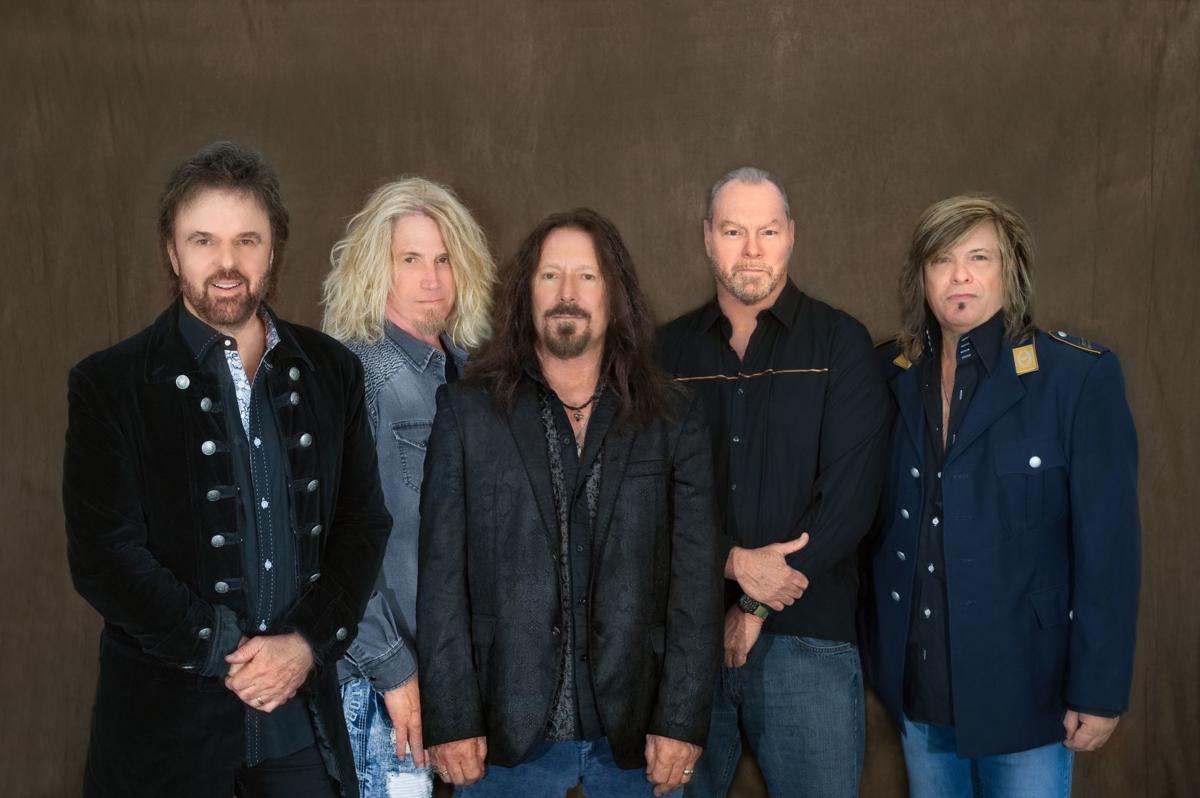 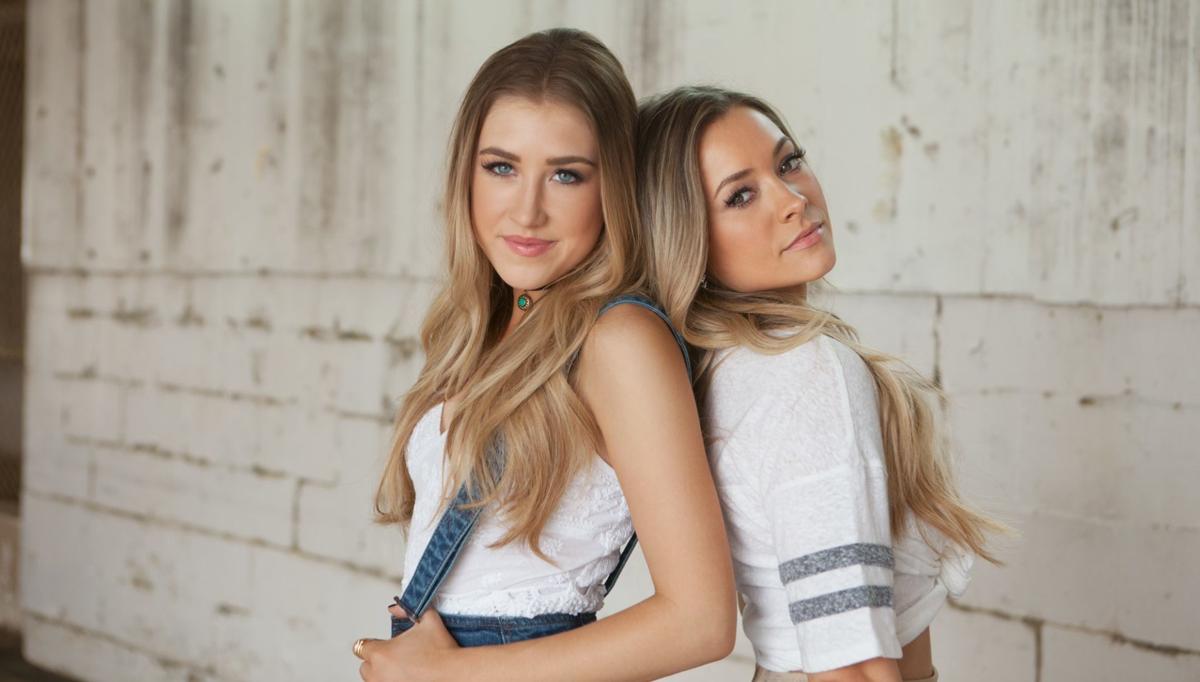 Maddie and Tae will take to the Main Stage at the Linn County Fair at 8:30 a.m. on Saturday, July 20.

Joe Nichols is sensing a resurgence in what, for a lack of a better phrase, we'll call "real country music" — songs that harken back to performers like George Jones or Conway Twitty.

Nichols couldn't be happier about it.

Audiences, he said in an interview Wednesday with The E, are increasingly hungry for "real country music, and I'm happy to go out there and play it."

Nichols will be pouring another shot of that pure country when he takes the stage Thursday night at the Linn County Fair. The concert starts at 8:30 p.m. with opener Elvis Monroe scheduled to perform at 7 p.m.

The 42-year-old Nichols, a native of Arkansas, attributes some of his interest in music to his father, Michael Nichols, a trucker who played bass in local bands. His dad made sure that Nichols listened to and learned about artists like Marty Robbins and Keith Whitley, and you can hear some of those influences in the music that he makes today.

By the time he reached high school, Nichols said, he had narrowed down his career paths to two: Music or baseball.

"My strengths kind of dictated where I went to there," he joked, and so he opted for music, releasing his first album, a self-titled affair, in 1996. The album sold poorly, and Nichols was dropped by his record label. To pay the bills, he worked at a variety of jobs like moving furniture and selling steaks door-to-door.

But he landed another recording deal and released his second album, "Man with a Memory," in July 2002. The leadoff single, "The Impossible," went to No. 3 on the Billboard Hot Country Songs chart, and a followup, "Brokenheartsville," notched his first No. 1.

Other No. 1 singles followed, including "Tequila Makes Her Clothes Fall Off," "Gimmie That Girl," "Sunny and 75" and "Yeah." Fans likely will hear some, if not all of those songs, performed live when Nichols and his band take the stage Thursday.

After decades of writing songs, Nichols has learned a lot about the craft, but one thing remains constant: "You have to have a really special idea" when you start writing, he said, either a strong lyric or a compelling musical hook. "Sometimes that drives you to get the song done."

A great hook is important, he said, but "the meaning of the song comes first," and pointed to what he called "the greatest country song of all time," the George Jones classic "He Stopped Loving Her Today."

And there's a lesson to be had from that Jones song, he said: "If you've got a great record, it'll find its way to the public."

Nichols' most recent album is "Never Gets Old," released in 2017, but he said he's working on some new songs and has worked to record about a half-dozen of them. Some of those songs, he said, are "really powerful and very emotional," and you would expect no less from the man who recorded "My Whiskey Years" and "The Impossible."

But he's also recorded what he called "a silly song or two," and likes being able to add lighter fare to his set list. "There's a time for both," he said.

In concert, Nichols said, he and his band stick to the basics: "Well, we just play country music for an hour and a half," he said, and likely will work some of the new songs into the show.

And, on stage, Nichols tries to remember an important lesson: "The song matters most. I try to stay out of the way."

The Artimus Pyle Band opened the Linn County Fair on Wednesday night with a dose of Lynyrd Skynyrd-style Southern rock 'n' roll, exactly what you would expect from a guy who played drums with that band for years.

But that's just the start for the musical headliners at the fair. You can read more about Joe Nichols, who performs tonight, in this section, but here's a little background about 38 Special, which performs Friday night, and the country duo Maddie & Tae, who take the stage on Saturday.

Sixty-second bio: Founded by friends Don Barnes and Donnie Van Zant in 1974 in Jacksonville, Florida, the band has notched hits like "Rockin' into the Night," "Hold On Loosely," "Caught Up in You," "Teacher, Teacher" and "Second Chance."

Who's in the band: Guitarist and vocalist Barnes remains in the band; Van Zant retired from music in 2013. Other members now are keyboardist Bobby Capps; drummer Gary Moffatt; bassist Barry Dunaway ly of Cactus); and guitarist Jerry Riggs.

Fun fact: The band's name apparently dates back to an incident when the band was rehearsing in an isolated warehouse. Locals complained about the noise; police responded, but the band members were unable to come out because of a padlock on the door.

Sixty-second bio: Madison Marlow and Taylor Dye met at a vocal showcase in Dallas in 2010 and became friends. Four years later, the duo signed to the revived Dot Records and released their debut album, "Start Here," in 2015. The first single from the album, "Girl in a Country Song," took aim at popular "bro country" cliches in country music — and became a surprise hit. The album also yielded the singles "Fly," "Shut Up and Fish" and "Sierra."

But then: Dot Records unexpectedly folded, leading to anxious moments for the two until they signed with Universal Music Group Nashville. Maddie & Tye released new singles, "Friends Don't," in 2018 and "Die From a Broken Heart" this year.

There’s an openness to David Wilcox that’s been evident since before he wrote or recorded a single note.

BOSTON (AP) — A judge has told Aerosmith's drummer Joey Kramer to dream on if he hopes to rejoin the band as it's set to perform and be honored at Grammy events this week.

Aerosmith have issued a statement after the band's drummer Joey Kramer filed a lawsuit against them for allegedly not allowing him to perform due to a "minor" injury.

SAO PAULO (AP) — A few days before Christmas, renowned pianist João Carlos Martins summoned his friends to a Sao Paulo bar so he could show off the best gift he'd received in years: a new pair of bionic gloves that are letting the 79-year-old play with both hands for the first time in more than two decades.

Grammys CEO says she was ousted after reporting harassment

LOS ANGELES (AP) — The ousted Grammys CEO fired back at the Recording Academy on Tuesday, alleging that she was removed after complaining about sexual harassment and pay disparities and for calling out conflicts of interest in the nomination process for music's most prestigious awards.

Joe Nichols says he's sensing a resurgence in audiences' appetites for what he calls "real country music" — and this country traditionalist couldn't be happier about it. Nichols and his band perform Thursday at the Linn County Fair.

Maddie and Tae will take to the Main Stage at the Linn County Fair at 8:30 a.m. on Saturday, July 20.