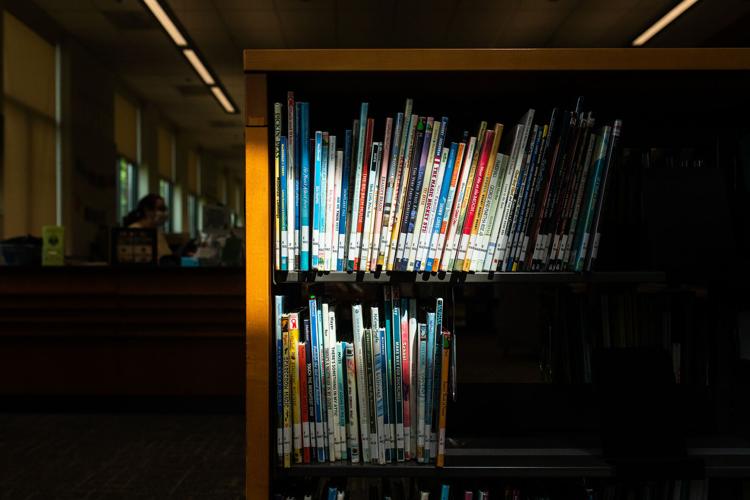 Books in the library's Easy collection are illuminated by sunlight Saturday, June 18, 2022 at Lebanon Public Library. 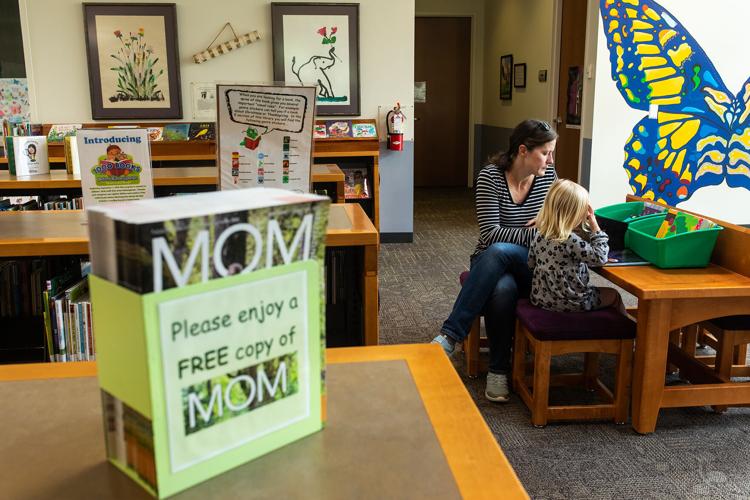 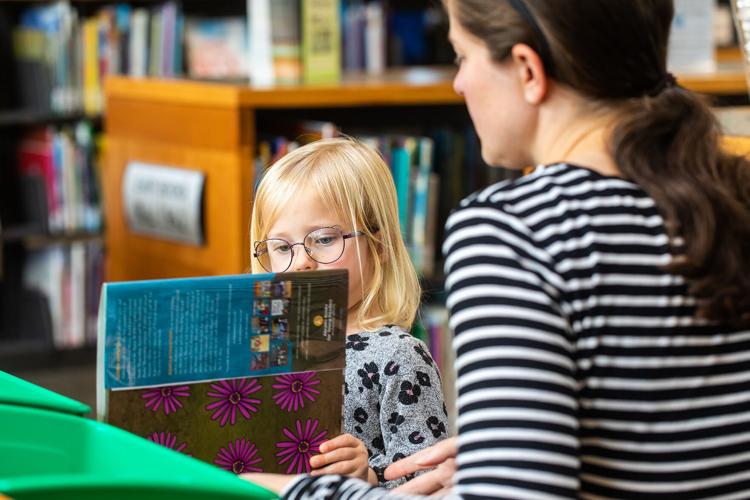 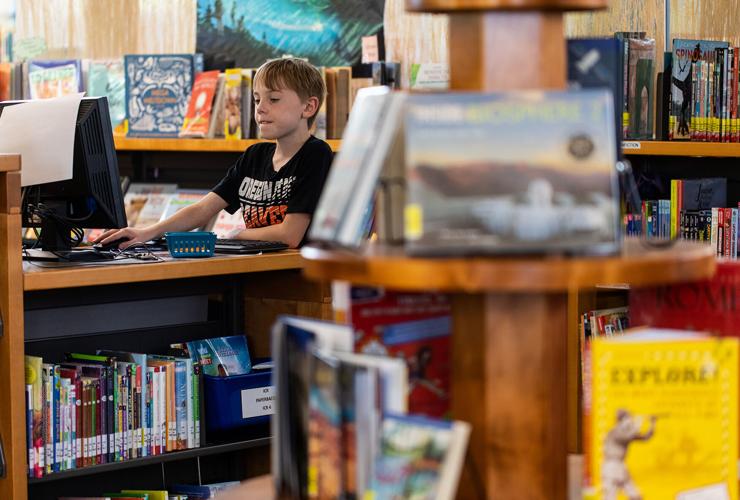 Jaxon Gray, 9, checks the library's catalog for the shelf location of a graphic novel Saturday, June 18, 2022 at the Lebanon Public Library.

That penny was motivation enough in the 1950s for children to get their books turned in at the library in Walla Walla, Washington, where she grew up. Fines were the unquestioned deterrent to public book hogs as she worked at, then directed, Lebanon Public Library for 23 years, 1989 to 2012.

But Lebanon’s suspended fines for overdue children’s reading material June 1, becoming the latest in the mid-Willamette Valley to join a national movement to expand youth access to public books.

“Times change. People’s access to information changes, and I see this as a move toward a more modern perspective,” Lee said.

A universal fine assumes universal means across all patrons to return books or else risk penalties.

And that’s not fair in Lebanon where most children qualify for subsidized lunches and nearly one in four households pay more than half their income to landlords, current Library Director Kendra Antila said.

“They don’t hit everyone the same way,” she said.

Ostensibly enacted to keep library materials on library shelves, patrons in some districts accepted fines for more than a century as a sensible deterrent to hoarding books. Everyone meets with the same financial risk, levied equally across all tardy returns.

Support local news coverage and the people who report it by subscribing to the Lebanon Express.

The city’s library enacted a 25-cent fee to reserve a book in Lebanon and the reserve list shrunk from the length of an arm, Lee said, to just a dozen names. Books otherwise locked up on the reserve shelves went back into circulation — a win for payment as deterrent.

“It is a public library, and you need to make materials available to the public,” she said.

But what’s equal isn’t always equitable, Antila said. Fines of even a few dollars deeply impact the budgets of some patrons.

“One family is told they have a $10 late fee, and they whip out a $10 bill and pay the fine, no big deal,” she said. “But another family is now making the decision between 2 gallons of gas in their car or milk and bread.”

Lee said the Library Advisory Committee agreed and sent its recommendation to Lebanon City Council which in turn voted unanimously in May to update the library’s policy book, effectively ending fines on children’s materials.

Materials including books in the library’s easy, junior, and young adult collections are immune from overdue fees. The library waived outstanding fines.

Oregon’s housing finance department estimates 26% of Lebanon homes are rent-burdened, down from near 36% in 2019 according to Housing and Community Services Department figures.

“I cannot tell you how many times people have come up to the counter to check out books, and I have to tell them you’re over $5 and blocked from checking out books,” Antila said.

The library intimidates some of those would-be book-borrowers. They never come in, Antila said, scared off by the threat of potential fines. Or they don’t return when they know they owe the library money.

Lebanon’s library system collected $12,000 in fines during 2019, the last year before the start of the coronavirus pandemic. That money doesn’t stay in the library, Antila said, going instead to the city’s general fund where it likely won’t be missed.

“That didn’t have any impact in our bottom line, so to speak,” Antila said.

With no impact to the library’s finances and possibly serving as a deterrent to some of the city’s most in-need children, Antila advocated with the library’s advisory committee to seek abolishing fines.

“It's really the children who pay the price,” she said.

“We received a lot of books that had been overdue for years, and we had a lot of people who came back who were afraid of their fines,” Dazey said.

“We certainly have seen materials that were many, many years overdue show back up in the building,” he said.

Ikenouye said there are still due dates and the library still bills patrons for materials that go missing beyond a few months. But Albany is meeting its goal to remove the threat of payment as a barrier.

“This helps the people with a book that slid under the car seat, or whose child maybe misplaced a book,” he said.

Like other local library directors, Ikenouye said early results show suspending fines is more of an incentive for patrons to bring books back than it is a deterrent for theft. Libraries are not in place to teach personal responsibility or to mete out punishment, he said.

“What we’ve seen is if someone really truly wants the book and has zero intentions of returning it, they’re going to find a way to take the book, regardless of the fine we charge them,” Ikenouye added.

Books in the library's Easy collection are illuminated by sunlight Saturday, June 18, 2022 at Lebanon Public Library.

Jaxon Gray, 9, checks the library's catalog for the shelf location of a graphic novel Saturday, June 18, 2022 at the Lebanon Public Library.