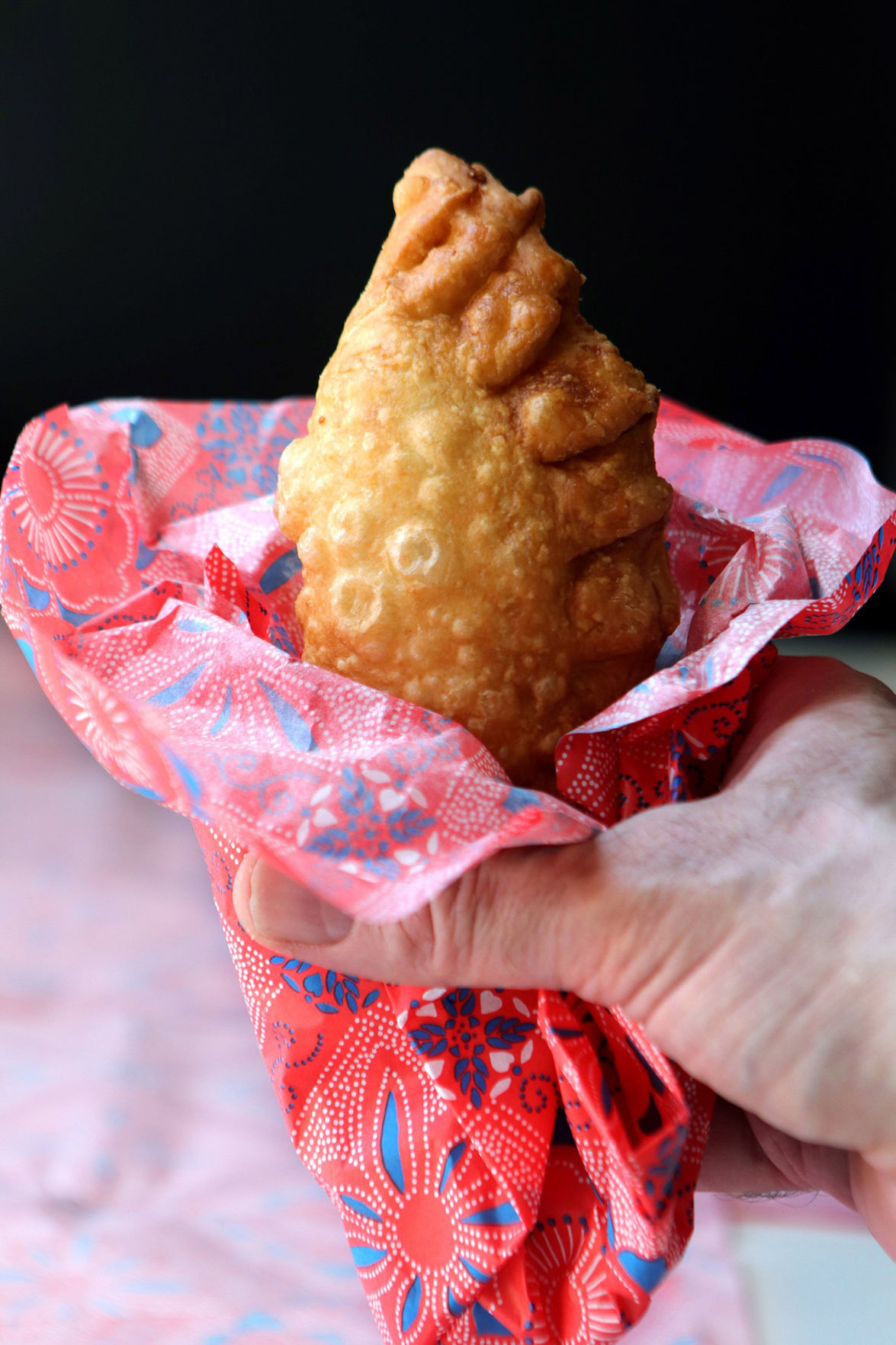 The genius of an empanada is that the filling can consist of virtually anything. It can be sweet or savory; meat-packed, fruit-filled or vegetarian. 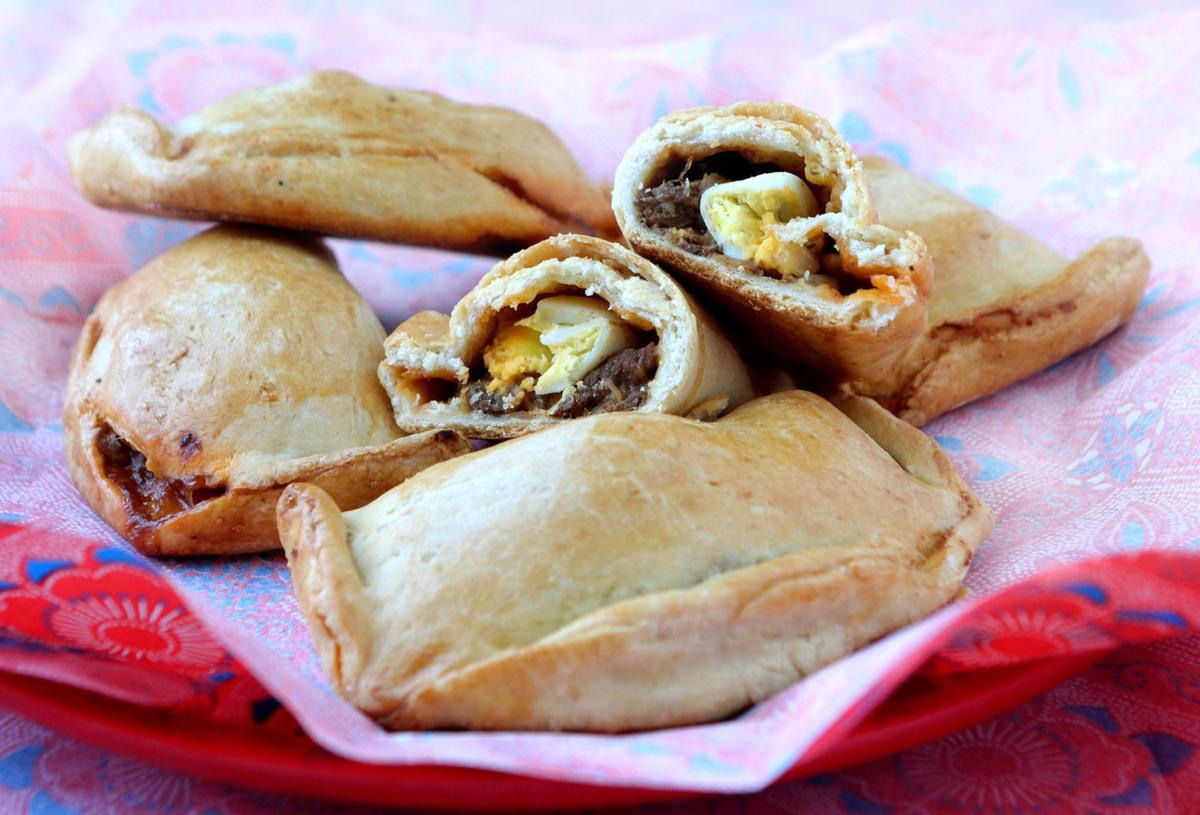 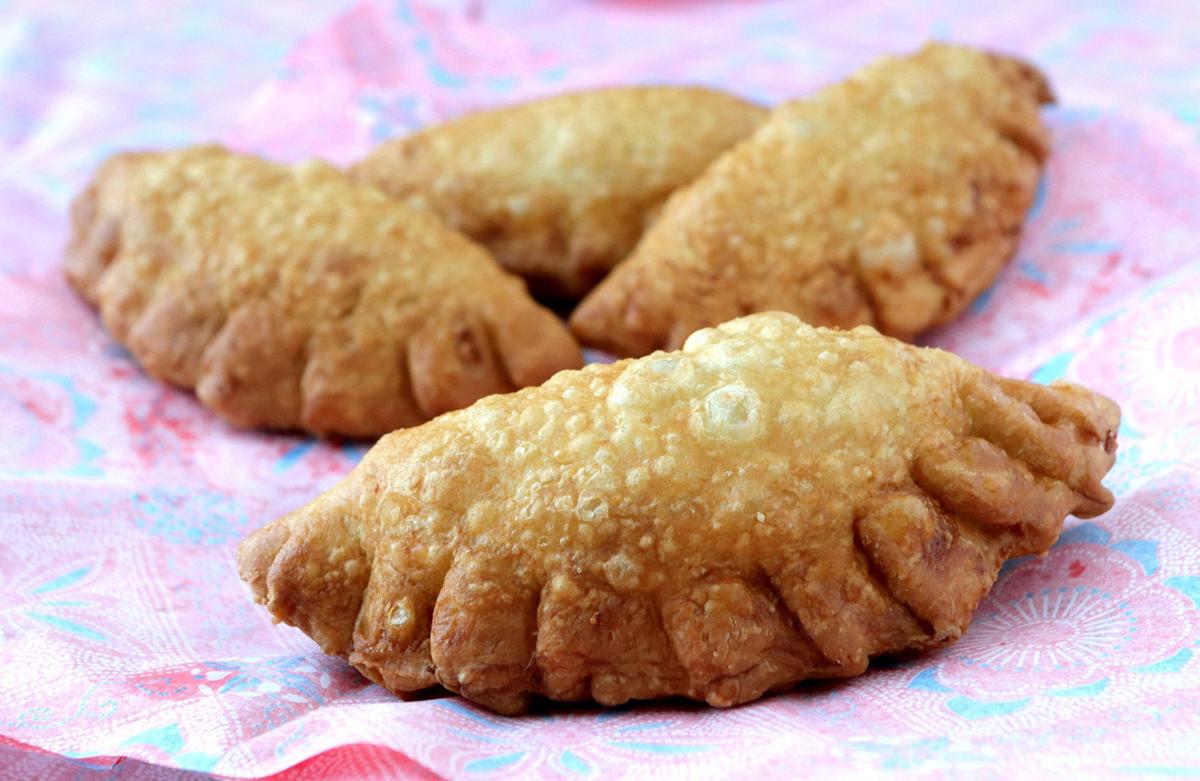 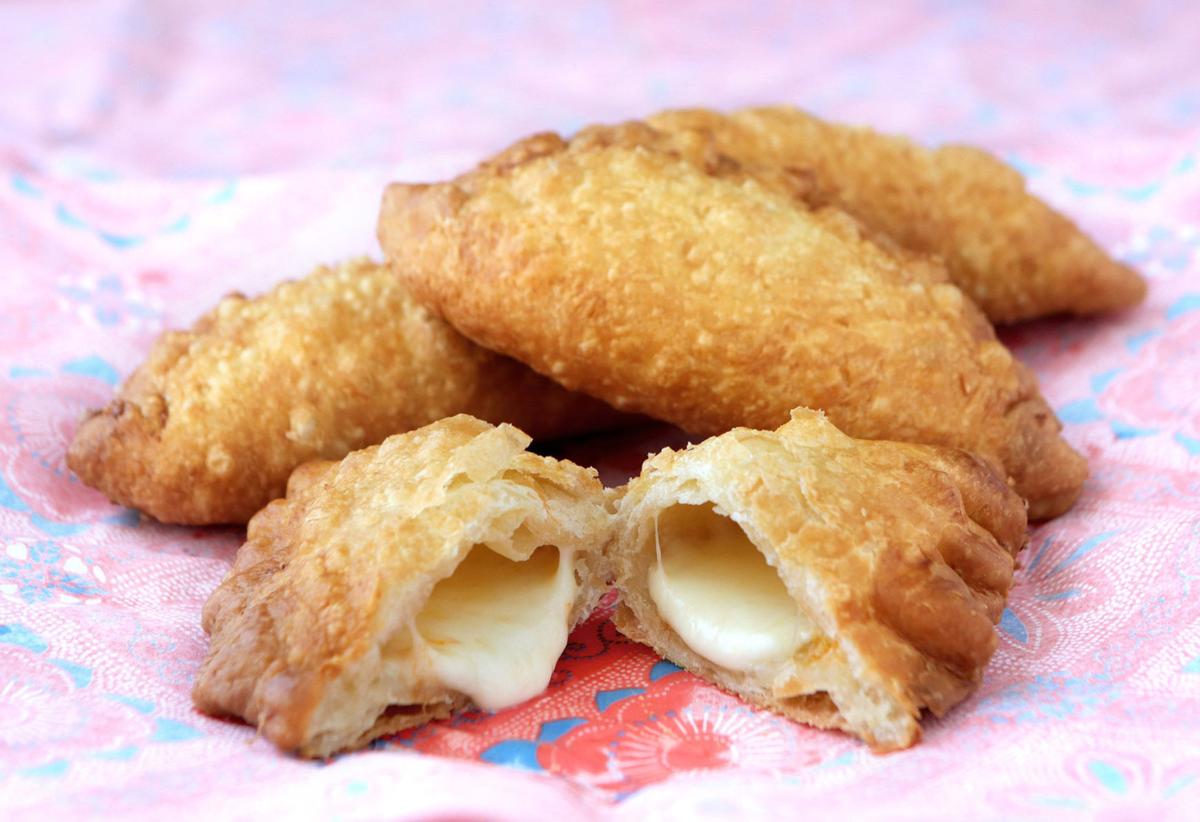 Empanadas — those familiar, golden, hand-held pies — are popular throughout Central and South America, from Mexico to the southernmost tip of Argentina.

But in Chile, they are something of an obsession. You could call empanadas the national dish of Chile, and no one would argue with you.

In Chile, you can buy them at restaurants, bakeries, fast-food joints that specialize only in empanadas and bars. And, naturally, you can also pick some up from the occasional street vendor, especially near busy train stations.

Although they are an essential part of life in Latin America, empanadas are known to have come from Spain, where they rated a recipe in a Catalan cookbook back in 1520. But their origins are thought to date back long before that; one theory suggests they are a Spanish and Portuguese version of the Middle Eastern samosa.

The word “empanada” comes from the Spanish verb “empanar,” meaning “to wrap something in bread.” And that’s what an empanada is, a filling entirely enveloped in pastry. The genius of an empanada is that the filling can consist of virtually anything.

It can be sweet or savory; meat-packed, fruit-filled or vegetarian. I’ve heard of empanadas filled with razor clams or lobster or bananas with Nutella. If it is edible and small enough to fit inside an empanada, someone has probably made it.

The beef-filled empanadas de pino are typically baked and the cheesy empanadas de queso are usually fried, but either kind can be made both ways.

I’m a traditionalist, so I baked the beef and fried the cheese. Either way, and with either filling, they were superb.

The trick to making cheese empanadas is to use cheese that melts easily. I looked through several recipes to try to get a consensus, but all I found was chaos. One story talked about cheddar-filled empanadas, which sounds to me too much like a fried grilled cheese sandwich.

Now that I think about it, that’s a wonderful idea.

Most of the other recipes called for mozzarella, while the remainder used muenster. Mozzarella is a bit bland, while too much muenster would be too much, so I hit upon a savory compromise. I used a combination of them, favoring the mozzarella over the muenster.

That’s why they pay me the big bucks. It was a blissful mix that melded perfectly with the golden-fried and almost flaky dough.

The beef empanadas, I am happy to report, were every bit as good as the cheese. They do take a little more effort, though, but they are well worth it.

I first sautéed onions and then did a trick I picked up from Indian cooking: I added the spices directly on the onions. That intensely flavored the onions and the oil, which then imparted those flavors to the beef when I added it just a few seconds later.

A bit of gravy comes next — it’s just a matter of adding beef broth, water and flour into the skillet — and then the olives, raisins (for a dash of contrasting sweetness) and hard-cooked egg that make the dish uniquely Chilean.

The beef empanadas were incredibly satisfying, all the more so because I made the filling the night before to allow the flavors to meld.

These empanadas are simply glorious. You can easily see why they are such a comforting part of Chilean culture. They are so irresistible, it is tempting to move to Chile just for the empanadas.

But why go to all that trouble when you can make them yourself?

The genius of an empanada is that the filling can consist of virtually anything. It can be sweet or savory; meat-packed, fruit-filled or vegetarian.