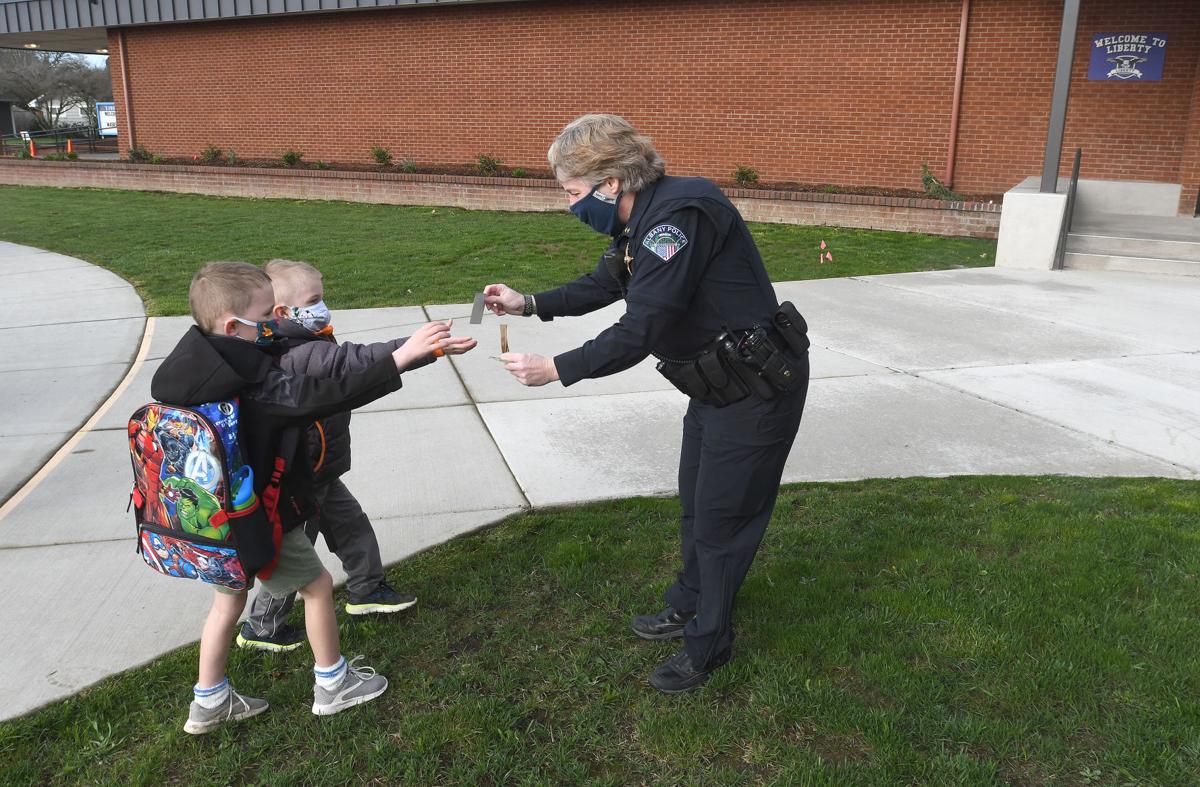 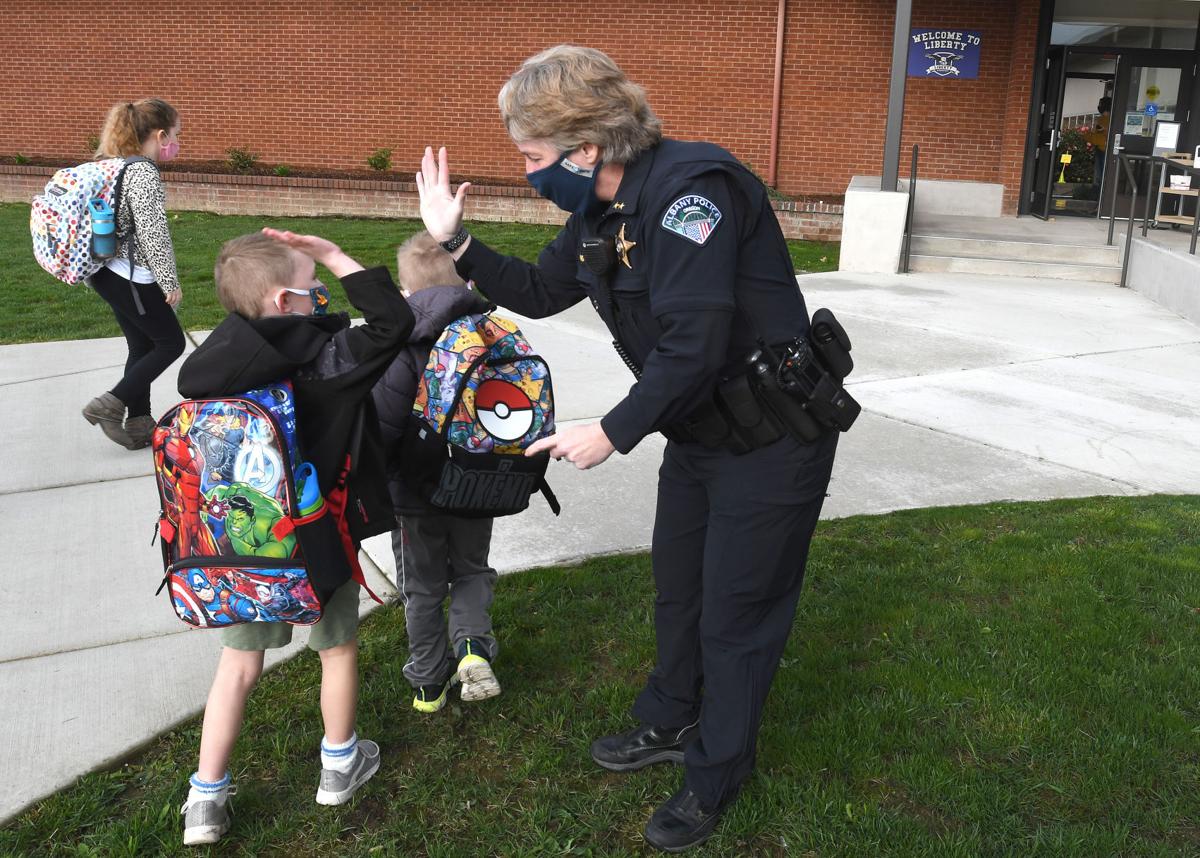 “To our students and families of color who may have been upset or had concerns about our presence on the first day of school, we sincerely regret that you did,” Harnden said. “Our intent was to welcome you back and give you a reason to feel safe and welcome.  I'm sorry if the experience was negative.”

In contrast to Harnden’s statement, Goff’s message did not single out people of color in the community as being the source of concern regarding police presence at the schools. Albany police did not return separate requests for comment on Wednesday or Thursday.

That was not the only point of divergence between the statements from Harnden and Goff, although both struck a similar tone regarding the importance of students feeling safe and welcome at school. Harnden also confirmed that the decision not to have officers stationed on Albany public school campuses was the result of an internal staffing issue and not a decision by Goff or the school district.

“We were saddened and disappointed when the GAPS superintendent asked us to leave the campuses on Monday,” Harnden said. “I need to clarify that I did not jointly decide for police to leave but honored the request of (Superintendent) Goff to leave and stopped our participation in the event.”

Harnden thanked community members who shared concerns about law enforcement on campus and said the department will continue to work toward lessening fear of police in the community. The chief said her department prides itself on community engagement, especially in schools.

“I personally enjoyed the high fives I received and the stickers that I gave out,” Harnden said. “We hope there can be a time that there is no fear when the police are present and we continue to work towards that goal. I appreciate the community members who reached (out) to share your concerns. We hear you.”

Harnden’s tone differed vastly from growing social media outrage being expressed by people with opposing viewpoints on whether Greater Albany Public Schools should be required to host police officers on the first day of school. A protest planned to show support for Albany police and fire personnel is scheduled for 3 p.m. Friday at the Albany school district office.

“We are saddened to see the comments going back and forth on social media,” Harnden said. “We ask that the dangerous and hurtful messages that are occurring online cease and that we all step back and reflect on how we can come together as a community. Insults and hate will not solve anything. Understanding, knowledge, and acceptance will bring us together. Our kids need good role models and reassurance in uncertain times such as these.”

Albany Police Chief Marcia Harnden arrived at Liberty Elementary School on Monday, but there wasn't an emergency — only a celebration.

May election will shake up area school boards

Both the Greater Albany Public Schools and Corvallis School District boards will look different after the upcoming election.

Police, firefighters will be present at Albany high schools for first day

Children lined the chalk-decorated sidewalks outside of Waverly School Tuesday morning for the first day of school, some donned in sparkly bac… 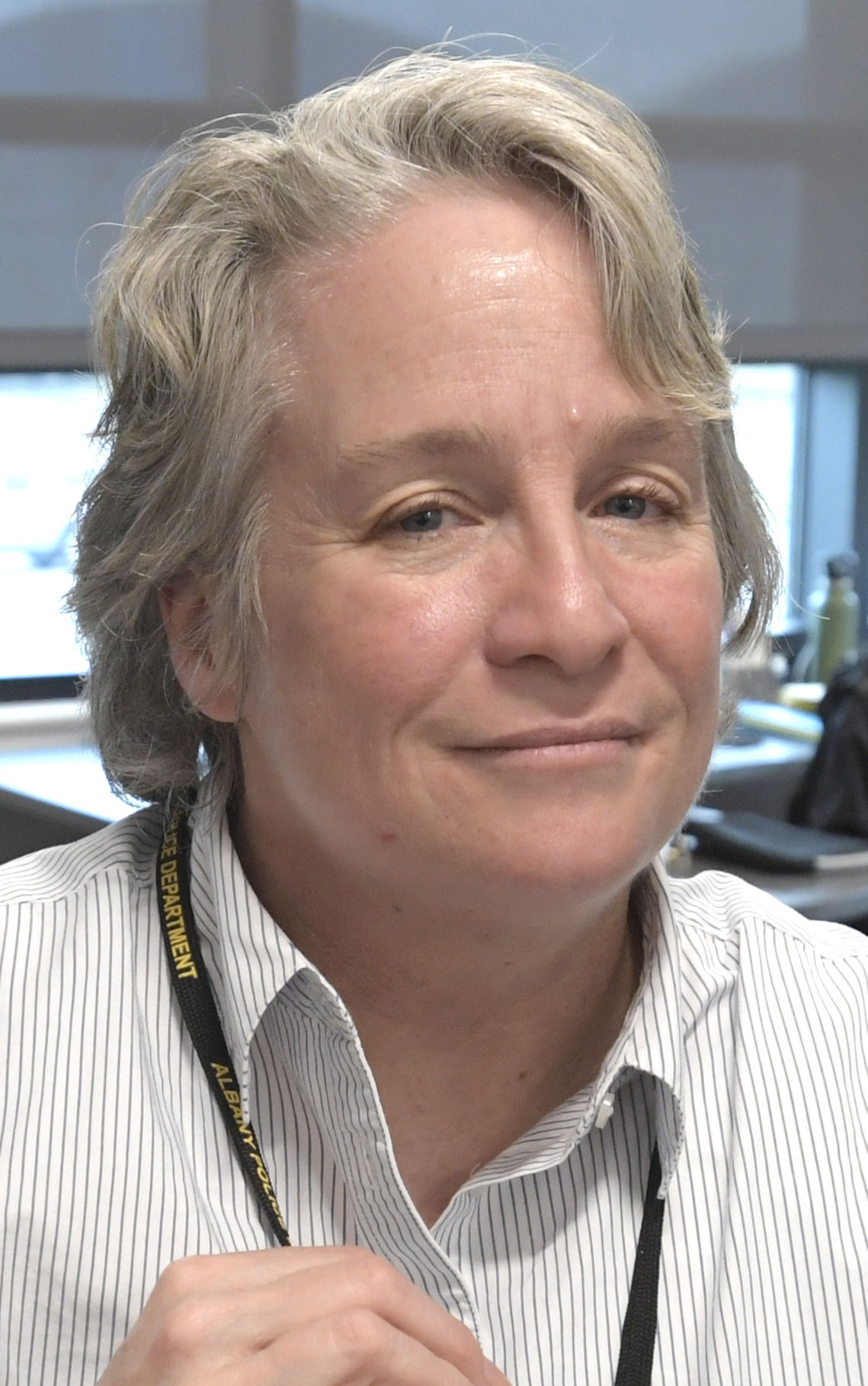