Enough Oregon Republican senators will return to the Capitol for the chamber to do business Saturday.

The announcement was made at a Friday morning news conference in the Senate Republican office.

The Senate will convene at 9 a.m. Saturday, and will have until 11:59 p.m. Sunday to work through as many bills as possible. There are around 120 stacked up waiting for action.

Not all 12 Republican senators will return, but only two are needed to provide a quorum so the body can operate. Senate minority leader Herman Baertschiger Jr. said the majority of them will show up.

There was no immediate response from Senate Democrats or Gov. Kate Brown.

Republicans walked out June 20 to stop a vote on a sweeping environmental proposal that has been in their crosshairs since the first day of session.

The terms of the reset were not worked out in detail — something Baertschiger said he now regrets.

“It's one of those things, when you're in the room, that we all probably had a little bit different definition of 'reset,'” he said.

Democrats were not the only ones making threats. Sen. Brian Boquist, R-Dallas, made national news last week when he threatened state troopers with lethal violence.

On Wednesday, Boquist warned Senate President Peter Courtney, D-Salem, about sending the police after him if he walks out.

"If you send the state police to get me, hell's coming to visit you personally," Boquist said on the floor. When a reporter asked him about it later, Boquist, always fiery, was not at a loss for words.

“I don't know what threats you're talking about,” he said when a reporter asked about the comments. “I know what Senator Boquist said. You got to remember, at that time, there was — a lot of tempers were flaring. Obviously, his statement was not helpful.

“I'm going to say it was definitely not helpful. There has been a lot of things said by a lot of senators on both sides of the aisle when the tempers were flaring. So it definitely was not helpful.”

Courtney gave an interview to reporters for the first time in over a week, but refused to answer substantive questions about the negotiations of the last week.

"The situation is so fragile and delicate that I can't take a chance that anything appears in print, or on TV or radio...could in some ways disrupt a situation that is just hanging on," Courtney said. "I am just hanging on by my fingernails."

Courtney said there is a limited amount of time to get about 120 bills through.

"It's been a very difficult time," Courtney said. "And it's been very, very difficult. And there's no trust, lack of trust, there is feelings of betrayal, etc., etc., all of these things are at work with human beings, and that is a tough situation to be in."

Walking out a second time, severing a deal secured to end a May walkout, was the nuclear option for Senate Republicans. Baertschiger said he at first was against the idea, but he was the only one. He said he had to be talked into walking out by his fellow Republicans.

“My fear is that it could be abused very easily, that every time you don't get your way, you just walk out,” Baertschiger said of the tactic to deny the Senate a quorum to meet and hold votes. “I think that would be abuse of that. I think our caucus carefully looked at these situations and said our districts had said adamantly they could not survive cap-and-trade. They were very adamant, and I think you've seen that yesterday. So I think that is why the caucus made that decision.”

Sen. Cliff Bentz, R-Ontario, said it’s a bit more complicated than that. In the weeks leading up to the walkout, no one was in favor, he said.

“It’s absolutely fake to say everyone wanted to walk out,” he said.

But, once HB 2020 came closer to a vote, it became clear Republicans had to do something. Once the bill was “second read” and a third reading and vote was scheduled, it forced their hand, Bentz said.

“At that point, we really had no choice,” he said.

The caucus was united, Bentz said, but Baertschiger was “not enthusiastic” about giving the nod to a second walkout. He eventually came around, andRepublicans got the desired result, though Democrats say it’s not because they left the building. During the walkout, Senate President Peter Courtney, D-Salem, announced that he didn’t even have the 16 votes of from the 18 Democratic senators needed to pass the bill.

“Our mission of walking out of this building was to kill cap-and-trade,” he said. “That's what our constituents said yesterday. And that's what we did.”

However, Courtney declared the bill dead Tuesday, and Republicans won’t be back on the Senate floor until Saturday. They said they didn’t trust that the bill was dead, and they were concerned over some other policy bills.

Baertschiger said he trusts Courtney will play the final two days straight, so Brown doesn’t have to call a special session during the summer to pass budgets.

“We have a constitutional duty to pass all the budget bills, and I hope that the Senate president brings them forth first so we can get that done,” Baertschiger said. “After the budget bills, we have some policy bills left. Some of those are good. I would say most of them are good bills, to be honest with you. There are a handful of bills that we are having a conversation about, but I think a lot of those need an up-and-down vote. I'm confident that we can pass the budget, all the budgets, and we can work through all those policy bills and be out of here by midnight on Sunday. My caucus has told me they are dedicated (to) working through that agenda and having those conversations.”

The policy — House Bill 2020 — will still need action. Because it’s on the “third read” calendar, it has to come up when the Senate reconvenes, either for a direct vote or on decision to return it to a committee to die.

The tension now will be over what remaining legislation get consideration first. Republicans would like to take up budget bills as they are not controversial and bring money back to their districts.

But Democrats know if they stack the calendar with budget bills, Republicans could walk out before policy bills are taken up. There are several controversial items in the queue. Chief among them is Senate Bill 116.

That proposal would push a potential referendum on a business tax package to fund education to a special election in January, rather than the regular election in November 2020.

Republicans think the tax package on the ballot would energize their base, boosting their candidates up for re-election in November.

Baertschiger said he hopes the Senate can agree to take up budget bills first, and then work through policy bills.

To rearrange the order of bills, the Senate needs Republican support to suspend the rules.

A spokesman for House Speaker Tina Kotek, D-Portland, said Friday that he wasn’t sure if the House would suspend the rules to quickly vote on bills that the Senate sends over or bounces back with amendments.

Baertschiger said Friday that Senate Republicans will allow rule suspension on some bills, but not all.

Once the clock strikes 9 Saturday morning, Senators will have 39 hours to pass as much policy as they can.

Senate Democrats back off threat to fine protesting Republicans for walkout

SALEM — More than two months after voting to fine protesting Republican senators $500 per day for walking off the job, Senate Democrat leaders…

SALEM — The next session of the Oregon Legislature is expected to begin the way the last one ended, with a dramatic clash between Democrats an…

SALEM — The environmental plan that launched a thousand logging trucks is getting a makeover in the Oregon Senate.

Peter Courtney, the president of the Oregon State Senate, said Tuesday that a controversial carbon-reduction bill doesn't have the votes to pa…

SALEM — The stalemate between Republicans and Democrats in the Oregon Senate continued Monday morning.

Gallery: Rally at the Capitol 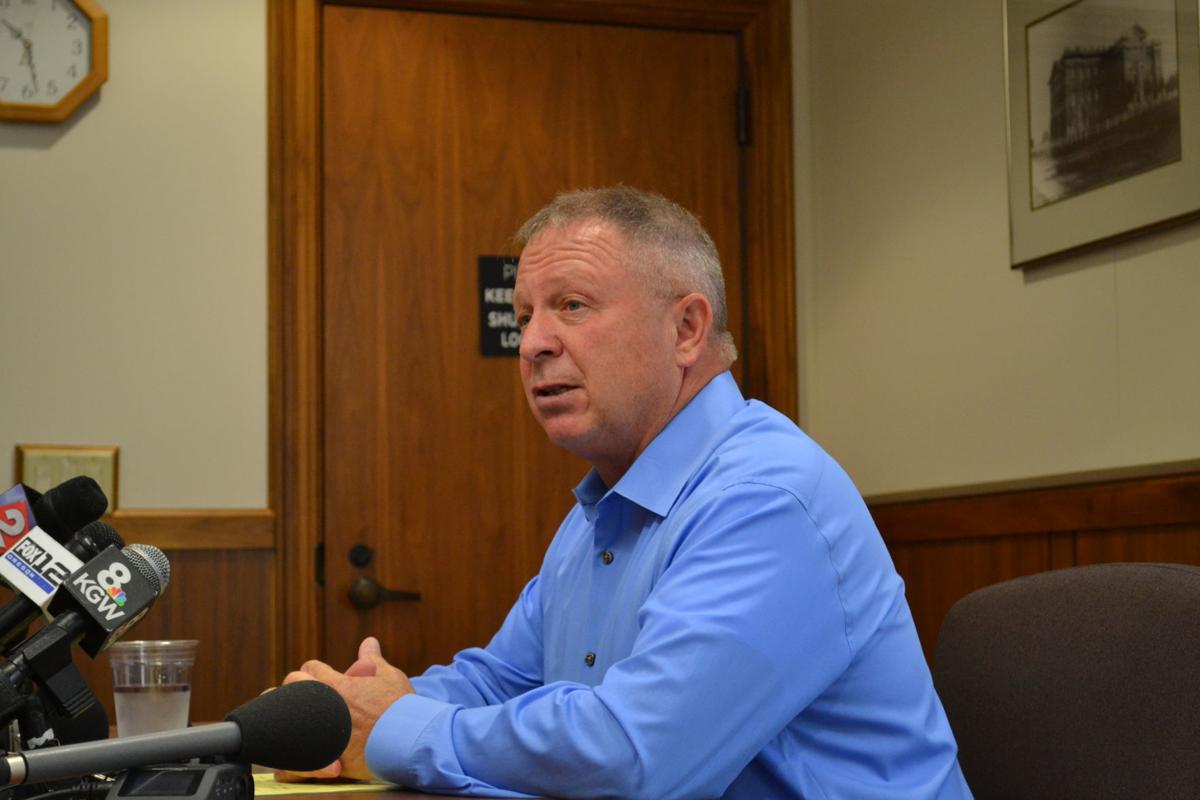 Senate minority leader Herman Baertschiger Jr. speaks at a press conference Friday in the Senate Republican office. He said the majority of Republicans will return to the Capitol to meet Saturday. 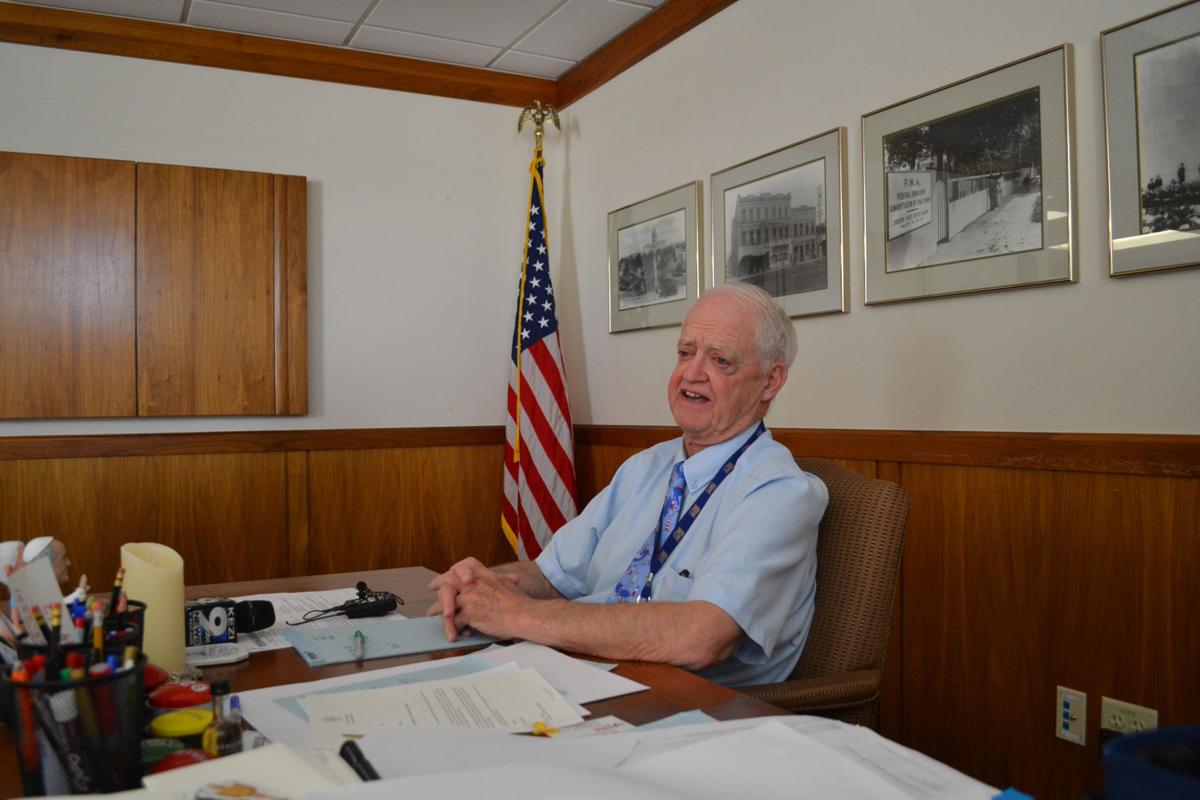