Albany politician Jo Rae Perkins was part of the mob that stormed the Capitol in Washington, D.C., last week but says she didn't enter the building itself and did not participate in any violent acts.

Despite evidence to the contrary, Perkins also continues to claim that the violence that engulfed the Capitol on Jan. 6 was caused by antifa infiltrators rather than the large crowd of Donald Trump supporters who overran the building after attending a rally where the president urged them to "take back our country."

The pro-Trump mob entered the Capitol during a congressional session dedicated to counting the electoral votes and officially affirming the result — Joe Biden’s victory in the presidential election.

Individuals crossed police lines, broke windows and doors and entered the building — causing elected officials and staffers to barricade themselves behind closed doors — and stormed the floor, looting and vandalizing congressional offices while Capitol Police forces attempted to hold them off.

The insurrection is currently under investigation, with officials examining the nature of the attack and whether those who took part were aided by congressional personnel.

Perkins, who lost her own election bid in November as the Republican nominee for the Senate seat held by Democrat Jeff Merkley, said she went to D.C. on Jan. 6 because Trump told her to.

“I had been wanting to go. President Donald Trump asked us to be there,” she said on Wednesday. “He said please come to D.C. on the 6th because that’s when Congress would be counting the Electoral College and decide whether they were going to accept it or if there were going to be any objections."

On Wednesday, Congress impeached Trump for the second time during his presidency, this time on a charge of inciting an insurrection. The matter of his potential removal from office will be taken up by the Senate.

Perkins, a staunch Trump supporter, said she was not part of the group that ultimately entered the Capitol — but she apparently came close.

In a selfie posted to her social media accounts from Jan. 6, Perkins can be seen standing on the steps with a crowd behind her.

“I was on the Capitol steps. I was right there,” she said, noting that she was there in her role as a private citizen, congressional candidate and a member of the media.

She said when she arrived at the Capitol steps, they were “accessible.” Diagrams of the area on the day, as released to the national media, show police barricades in place to prevent people from accessing the building and the stairs.

“The barriers, the fencing was moved, and there was some real short black fencing that had been laid down,” she said. “Some of it looked like it had been stepped on because it was bent; it was very thin.”

Perkins added that she did not take part in the violence and removed herself from areas she deemed a risk to her personal safety but did witness much of what was shown in the national media.

“Police were shooting flash-bangs, pepper balls and gas, and the crowd was just standing there,” she said, adding that the national anthem was being sung. “I was off to the side but I could taste the pepper spray.”

The violence and destruction, well documented by video and photos taken that day and posted to social media and shown on national media outlets, was not at the hands of President Trump supporters, Perkins said.

While she notes some people from the rally “stupidly went inside” the Capitol, she places the majority of the blame on antifa — a claim the FBI says is not supported by any evidence.

Adam Johnson, 36, of Florida was photographed stealing a lectern belonging to the speaker of the House and has since been arrested. He has no known ties to antifa. The man photographed wearing horns and fur has been identified as Jake Angeli of Arizona, a known QAnon follower, according to a Justice Department spokesperson. He has also been arrested. Additionally, police departments across the country have opened investigations into off-duty officers’ participation at the Capitol.

Perkins said she stands by her decision to be at the Capitol on Jan. 6 and does not believe it will impact her chances in 2022, when she plans to make another run for a Senate seat.

“I think it will be positive, I really do,” she said, noting she has received multiple phone calls and cards supporting her presence in D.C. and that she was not there to cause “mayhem.”

“I stand by my participation,” she said. “We were there peacefully protesting.”

The Capitol Police declared the protest an unlawful gathering.

Five people died at the Capitol: Brian Sicknick was a Capitol Police officer who was struck in the head with a fire extinguisher in the crowd. Ashli Babbit was an Air Force veteran who was shot by Capitol Police as she attempted to enter the building via a broken window. Kevin Greeson died of a heart attack, Benjamin Philips died of a stroke and the official cause of Roseanne Boyland’s death has not been made public.

Chief: Capitol Police prepared, but not for a riot

Chief: Capitol Police prepared, but not for a riot

Pelosi: We have strong argument for $15 min wage

Pelosi: We have strong argument for $15 min wage

Diversity of thought: A look at Albany's Human Relations Commission

A heritage tree on Sixth Avenue in Albany is no more.

On Wednesday, Sweet Home School District Superintendent Tom Yahraes hit send on an email to parents outlining the plan to bring students back …

The Albany City Council voted Wednesday night to remove Jo Rae Perkins from the city’s Human Relations Commission, a board dedicated to streng…

Editorial: Perkins unfit to hold office at any level

The Albany City Council last week booted Jo Rae Perkins from her position on the city’s Human Relations Commission. It was right to do so. Now…

Perkins speaks out on dismissal from HRC 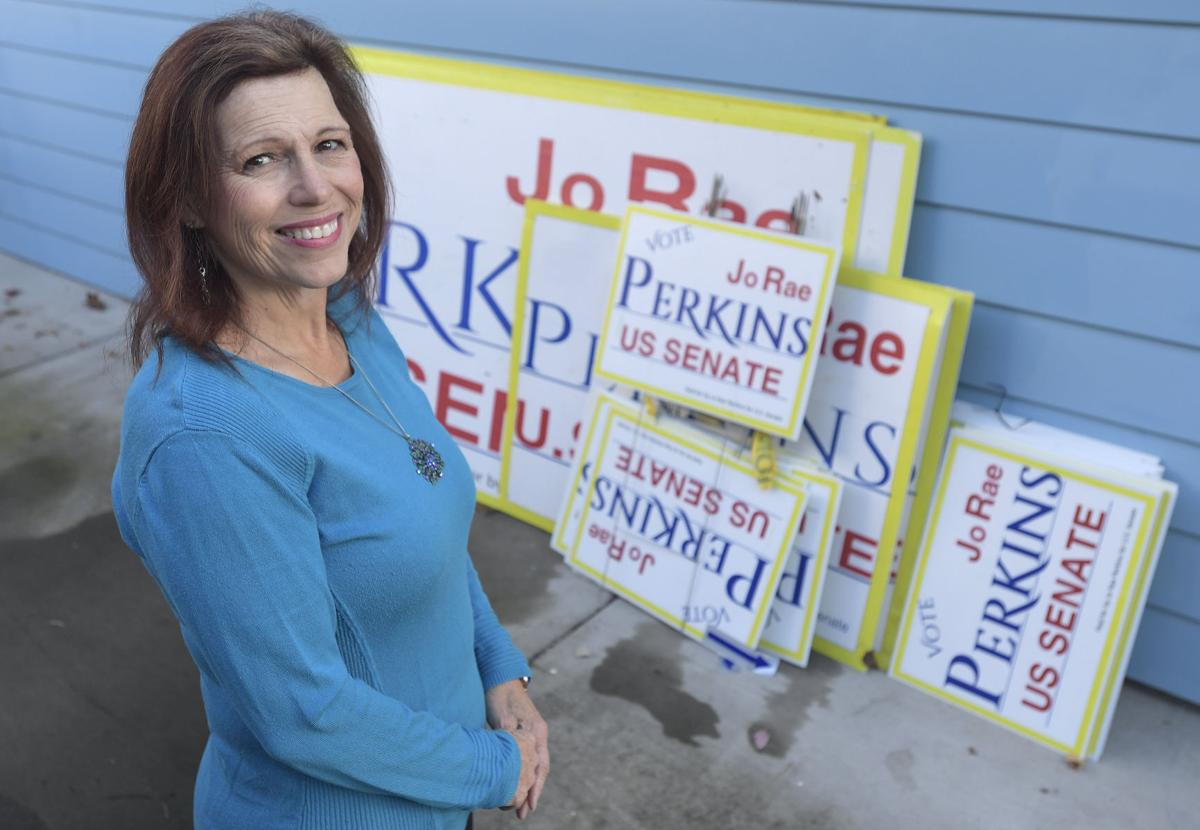 Albany politician Jo Rae Perkins took a selfie on the Capitol steps Jan. 6 as a pro-Trump mob stormed the building but says she did not enter the building or participate in any violent acts. 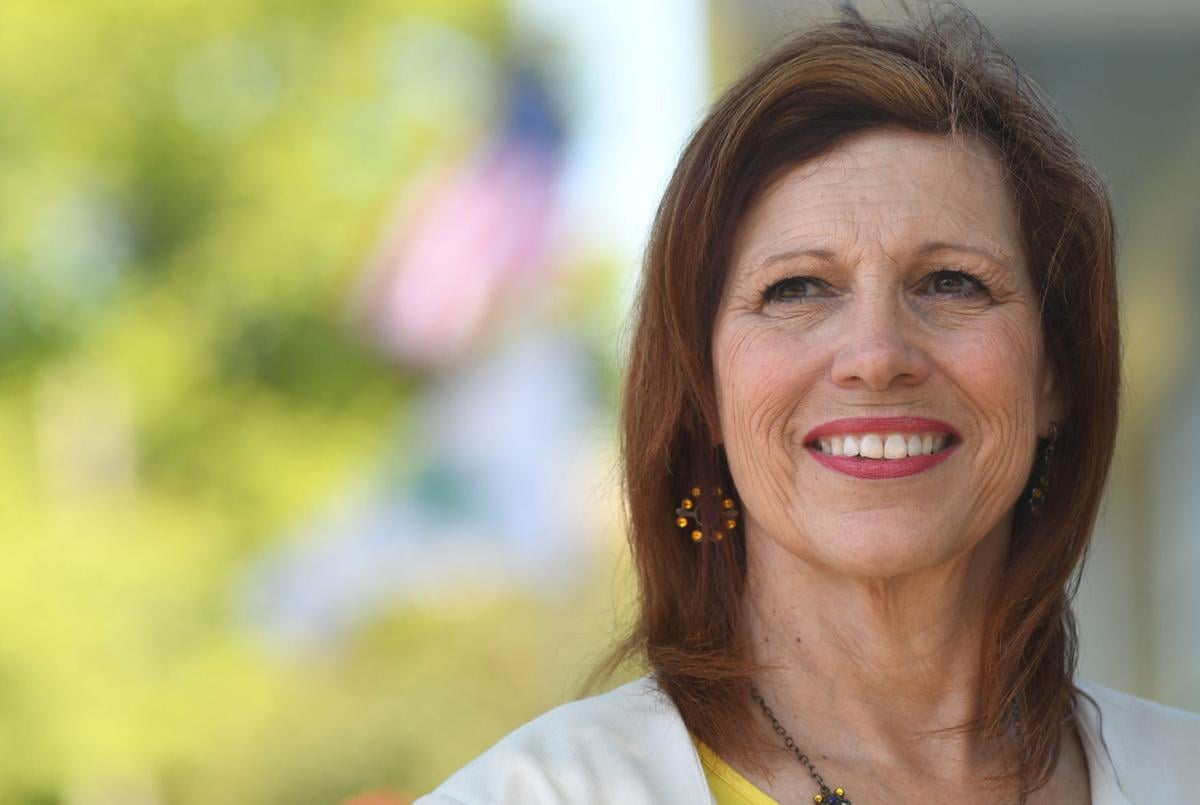