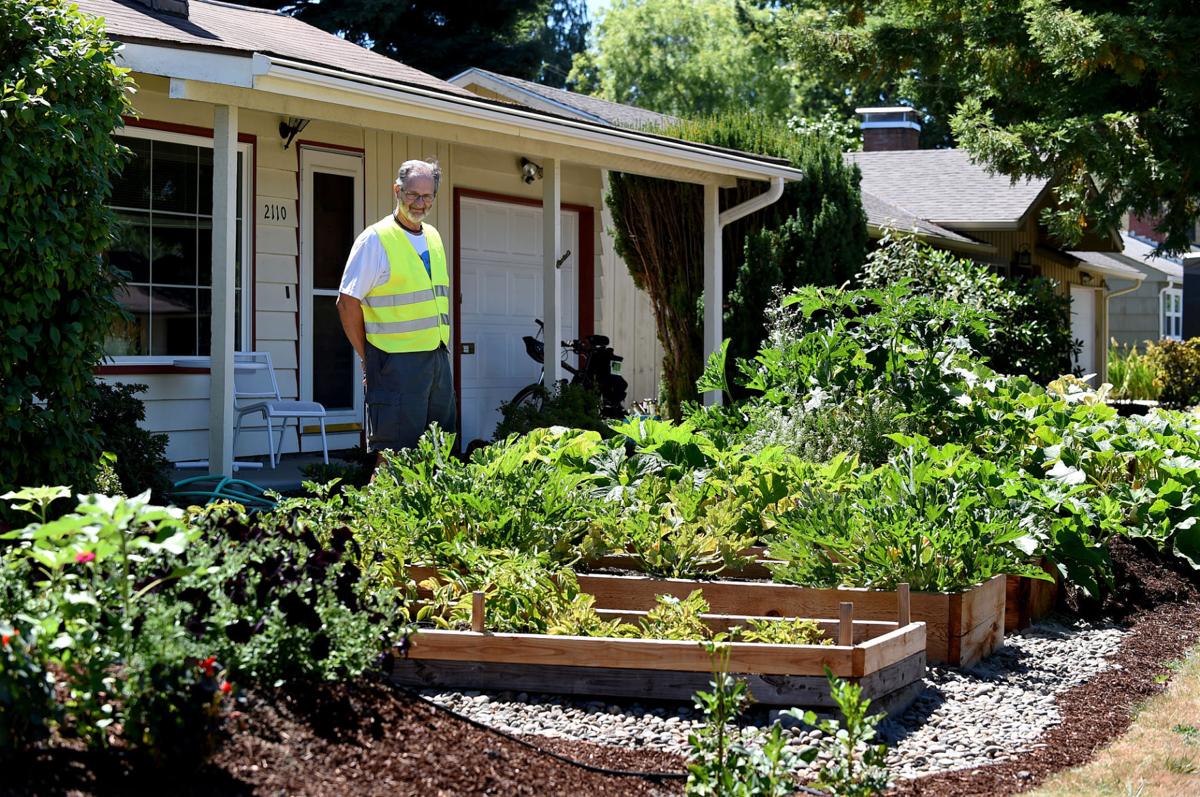 Owen Dell, one of the organizers of the Edible Front Yard Garden Tour, looks over a site on the tour in Northwest Corvallis on Monday afternoon. 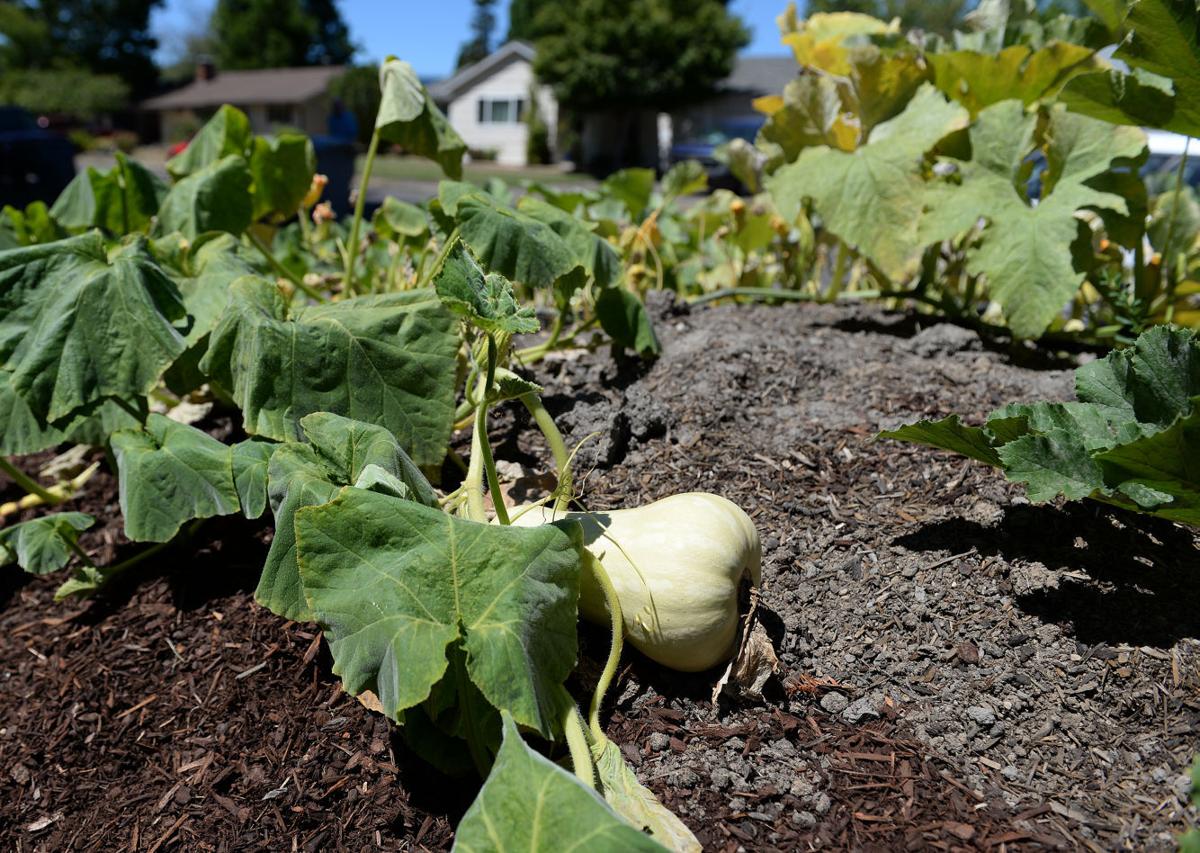 A butternut squash is seen in the front yard of a home on the edible front yard garden tour.

Raised garden beds. Custom drip irrigation systems. Front yards shaped to center around food production. And so, so much squash.

All this and more will be featured Thursday night during the Corvallis Sustainability Coalition’s Edible Front Yard Garden Tour, a walking tour that features four gardens in the Cloverland Park area.

Owen Dell, a landscape architect and one of the tour’s organizers, said Monday that the tour focuses on gardens with two major characteristics: They have to have front yard food production and they have to look nice.

“We’ve had a lot of people come on this tour and then they’re on the tour the next year, or the year after,” he said.

Dell said home food production is environmentally friendly, can be cheaper than buying food and increases a community’s ability to withstand a disaster.

And front yard gardens can be a very social activity, he added.

“It’s an opening to a positive conversation. There is no dark side to food growing. It makes people feel so good,” he said.

Dell said he began his own front yard garden three years ago, and when he started it, he had neighbors he didn’t know begin to talk to him.

“It brings people together. I know all my neighbors now,” he said.

The coalition had two similar garden tours last summer; one drew 95 people, and the other, 67. The tour got its start in July 2012, and organizers have held similar tours in subsequent summers.

The tour is free and starts at 6 p.m. at 2110 N.W. Mulkey Drive. Organizers will distribute a map of the sites on the tour at its start.

Organizers are also planning a tour in Philomath on Aug. 20. Dell said this is the first time they will do such a tour outside Corvallis.

Dell said that organizers try to identify tour sites a year in advance — since they get a chance to see what a potential host site looks like in the summer before they select it.

Dell said the coalition is looking for sites for next year’s tour, and people interested can contact him at owen@owendell.com to inquire about hosting. He said many people are nervous about hosting people in their garden, but he and a few other landscaping designers involved in the tour can offer tutoring for free to a potential host.

The front yard garden tour is free and starts at 6 p.m. at 2110 N.W. Mulkey Drive. Organizers will distribute a map of the sites on the tour at its start.

Organizers are also planning a tour in Philomath on Aug. 20.

COVID-19 infections are rising in Oregon, putting two-thirds of all counties, including Linn County, into what is for now the highest possible…

Owen Dell, one of the organizers of the Edible Front Yard Garden Tour, looks over a site on the tour in Northwest Corvallis on Monday afternoon.

A butternut squash is seen in the front yard of a home on the edible front yard garden tour.