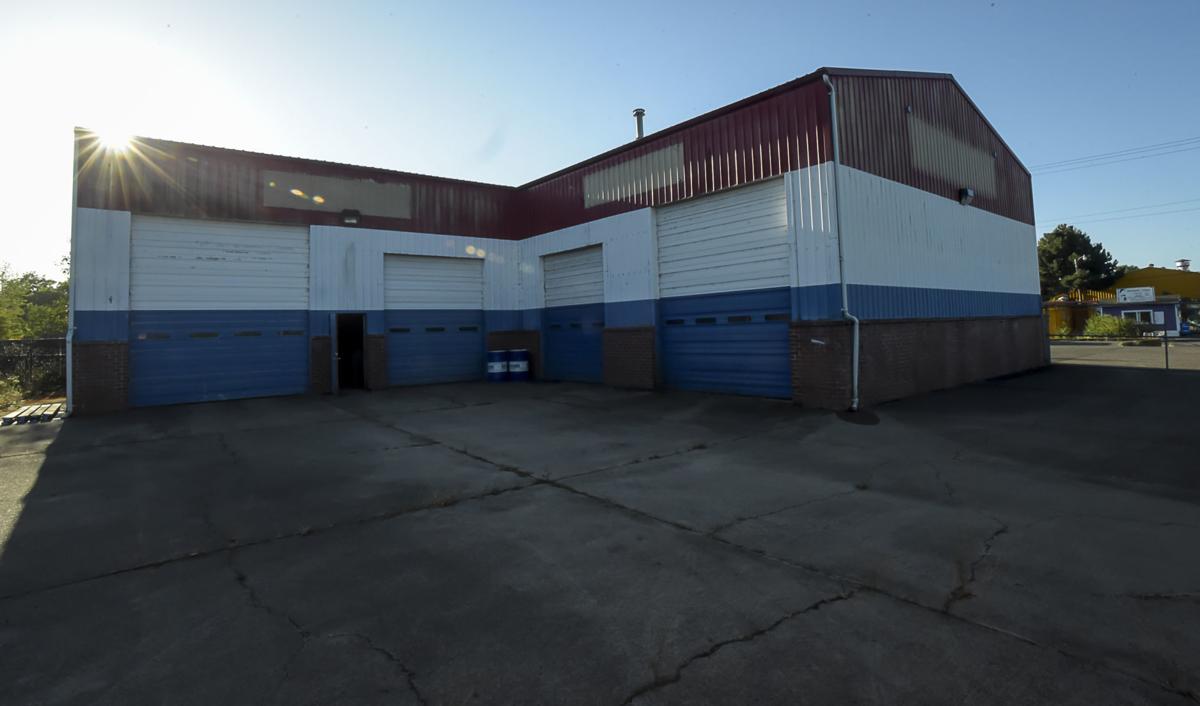 The old Hanson tire shop on Southeast Chapman Place was the site of the 2017-18 men's cold weather shelter. The facility is back on the table for possible use this season. 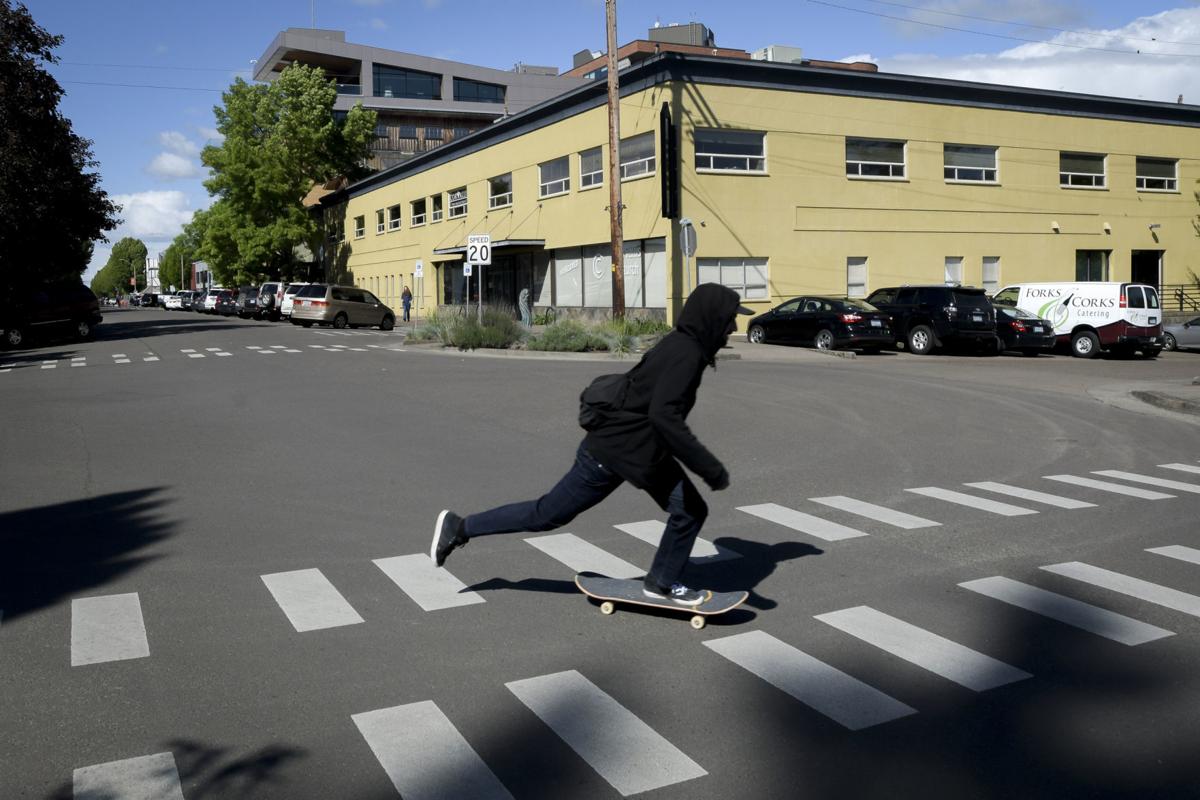 This building at 545 SW Second St. has been proposed as the site for the men's cold weather homeless shelter this winter. The landlord is willing to rent to the shelter, but area business and property owners have raised objections. The Corvallis City Council and Benton County Board of Commissioners will meet next week to discuss which shelter proposal to support.

A back-to-back set of meetings has been scheduled that aims to clear up the picture on the men’s cold weather shelter for this season.

And clearing up the picture is necessary because the proposals keep changing.

Developer Rich Carone, who has been promoting the use of property at the intersection of Northeast Walnut Boulevard and Belvue as a temporary shelter site for this season and a permanent long-term solution, has pushed the reset button. After hearing objections from neighbors of the northern site he is now proposing to use the old Hanson Tire Factory site this season.

"It will take more time to gain consensus on an appropriate location for this larger vision," Carone wrote in a letter to Corvallis Mayor Biff Traber, the Corvallis City Council and the Benton County Board of Commissioners that was forwarded Friday to the Gazette-Times.

The Hanson site on Southeast Chapman Place was the "temporary" site last year. It was remodeled for the 2017-18 season and it has an outdoor smoking area that makes it more palatable to neighbors than the Second Street location backed by the Housing Opportunities Action Council. Carone said he has agreed to purchase the building and plans to charge below-market rent, with the extra funds earmarked for mitigating security issues with the site.

The Hanson building is across the street from the First Alternative Co-op, which experienced shoplifting and other problems during the five-month run last year. According to Carone's letter, security actions being discussed for the site include "establishing a secured on-site waiting area for shelter clients ... and helping with co-op in-store security costs if needed."

Officials now are scrambling to make sure that the community knows about the new proposal.

"Transparency is vital here," said Ward 3 Councilor Hyatt Lytle, "especially before (Monday's City Council meeting). We have seen what happened when North Corvallis did not know of any proposals and how it has become an inundation of emails and public input."

Here is a look at the two meetings that will consider the previous Second Street proposal and Carone's new one:

First, the Corvallis City Council meets at 6 p.m. Monday at the downtown fire station, 400 NW Harrison Blvd. After the meeting opens with proclamations and presentations, councilors are scheduled to discuss whether to award the $60,000 in the $157 million 2018-19 city budget for shelter operations to a Housing Opportunities Action Council plan to use 545 S.W. Second Street or Carone’s proposal to use the Hanson building.

The Second Street plan also includes locating the Stone Soup meal service and the Corvallis Daytime Drop-in Center at the site. Backers of the plan praise its efficiency, while opponents fear the impact on downtown businesses.

A third proposal to use the old Flomatcher electronics plant just east of the Willamette River bridges appears out of the running at this point.

The community comments period is scheduled to take place after council deliberations on the shelter proposals.

The Corvallis Downtown Advisory Board, meanwhile, chimed in Wednesday by voting 3-1 to back a Downtown Corvallis Association recommendation not to place the shelter on Second Street. The item was not listed on the meeting’s agenda.

The second big meeting for shelter situation is a noon session of the Benton County Board of Commissioners at the Sunset Building, 4077 SW Research Way. The commission, as it did Tuesday when it held a three-hour meeting on the shelter proposals, is convening away from its normal Northwest Fifth Street location because of high community interest in the topic.

Commissioners are schedule to discuss whether they will budget $60,000 for shelter operations and which proposal will receive the money.

In other Benton County public meetings in the coming days:

• The Philomath Planning Commission meets at 7 p.m. at City Hall, 980 Applegate St., and will hold a public hearing on the city’s transportation system plan update.

• The Corvallis Housing and Community Development Advisory Board meets at 11:30 a.m. at the downtown fire station.

• The Corvallis Arts and Culture Advisory Board meets at 5:30 p.m. at the Parks and Recreation Department, 1310 S.W. Avery Park Drive.

• The Corvallis Planning Commission meets at 7 p.m. at the downtown fire station. On the agenda are the election of new officers, a public hearing on modifications planned for Upper Hands Orthopedics on Northwest Ninth Street and a workshop on Oregon land use conducted by the Oregon Department of Land Conservation and Development.

• The Corvallis City Council meets in a 4 p.m. work session at the Madison room. Councilors are scheduled to discuss a public safety fee, transit funding from the state and timing for a planned emergency dispatch service ballot measure.

• The Corvallis Parks, Natural Areas and Recreation Advisory Board meets at 6:30 p.m. at the downtown fire station.

The old Hanson tire shop on Southeast Chapman Place was the site of the 2017-18 men's cold weather shelter. The facility is back on the table for possible use this season.

This building at 545 SW Second St. has been proposed as the site for the men's cold weather homeless shelter this winter. The landlord is willing to rent to the shelter, but area business and property owners have raised objections. The Corvallis City Council and Benton County Board of Commissioners will meet next week to discuss which shelter proposal to support.