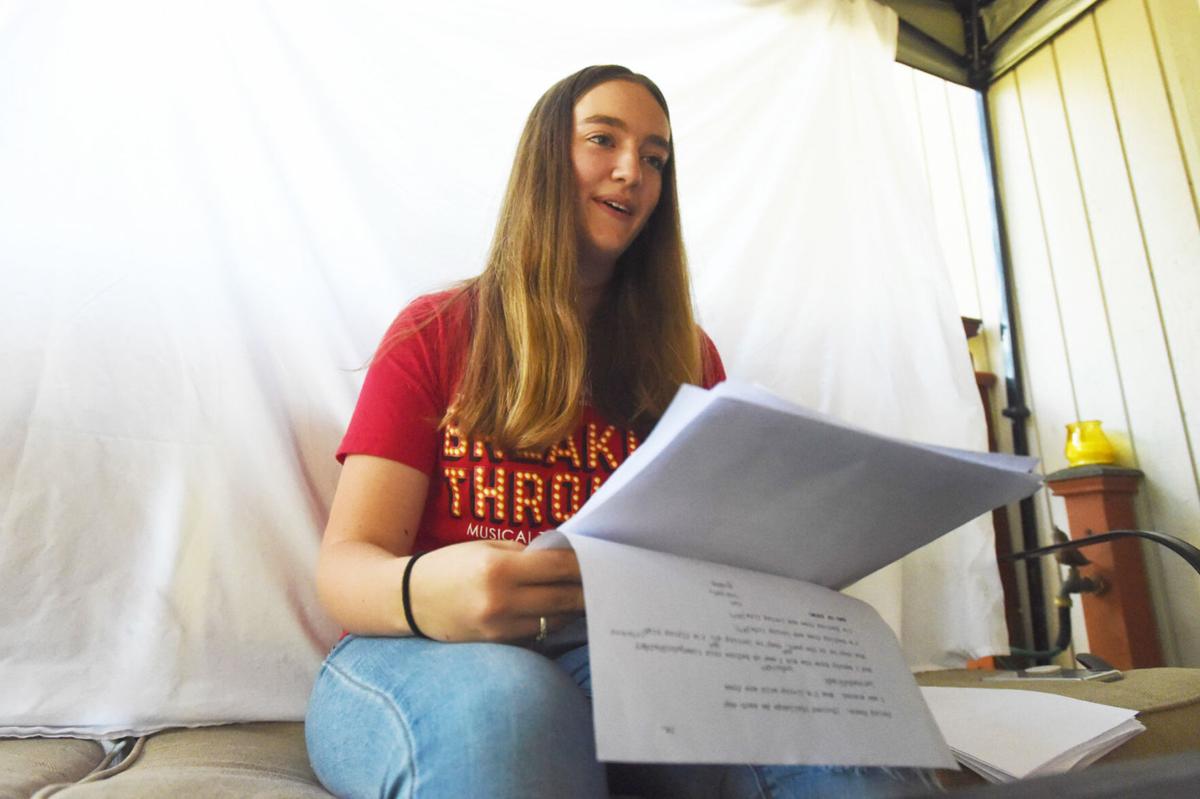 Erin Smith, 16, from Corvallis, is one of the narrators in "Hemophilia: The Zoomsical," an online musical about teens with bleeding disorders. Smith set up a white sheet at her home in Corvallis as a background to record her performance through Zoom. 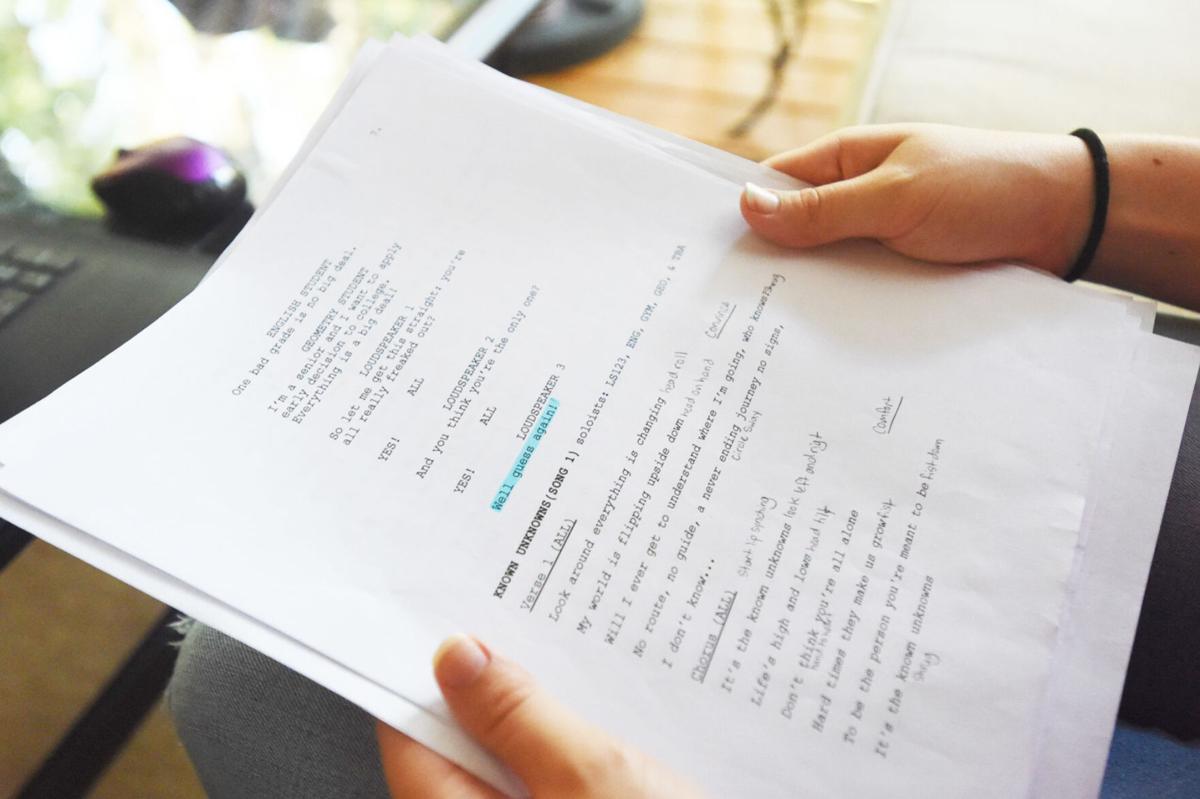 Smith spent about two months rehearsing her part in "Hemophilia: The Zoomsical," which she describes as both educational and expressive. 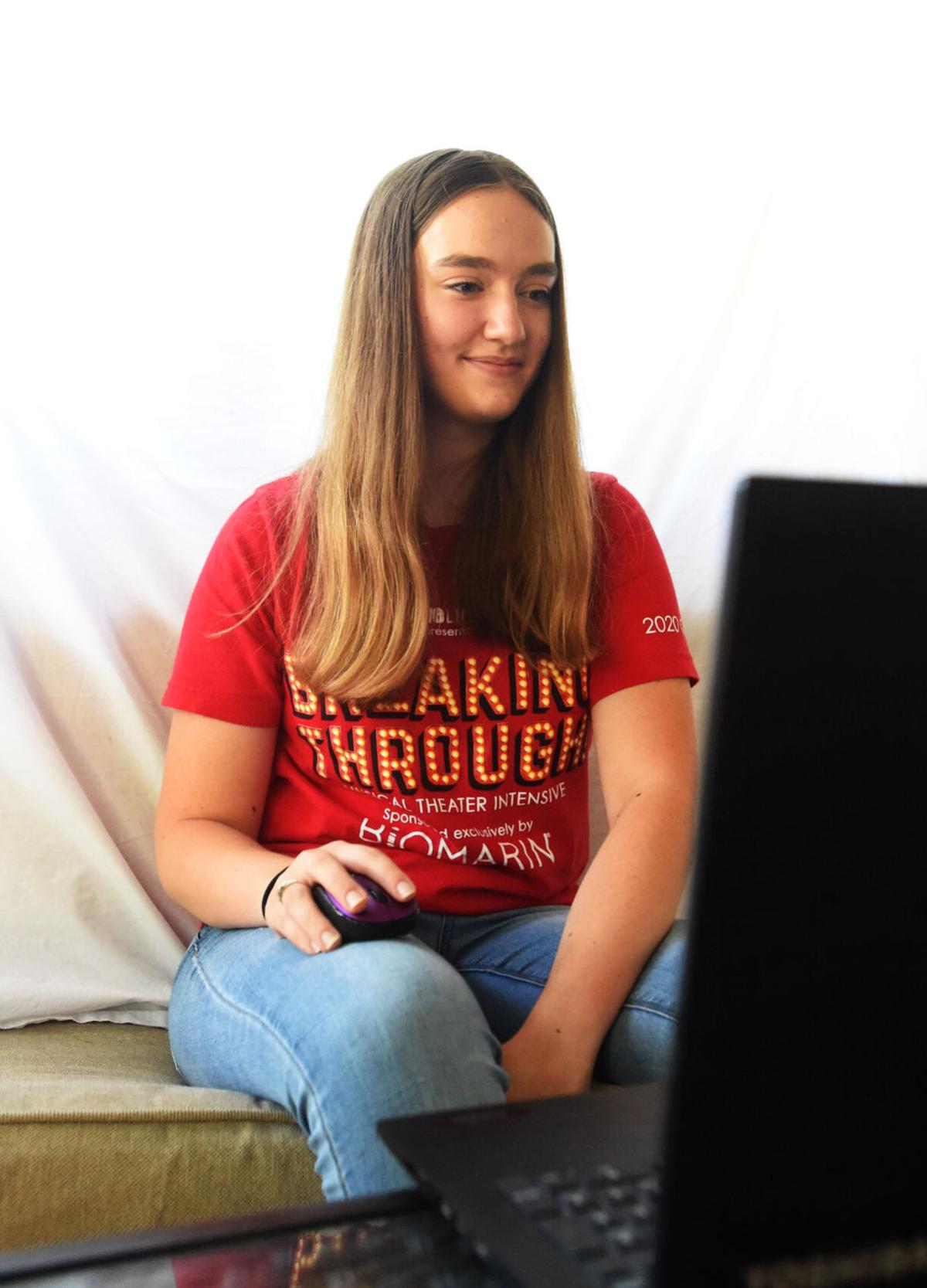 Smith, who will be a junior at Crescent Valley High School this fall, said she plans to audition for a school play this year.

Erin Smith had never been a theater kid, but she became one after she learned about a production that hit really close to home: a musical about teens with bleeding disorders.

The 16-year-old Corvallis resident, who will be a junior at Crescent Valley High School this summer, has a condition called Von Willebrand disease, which interferes with blood clotting and is both more common and less well-known than hemophilia.

Smith’s condition is fairly well controlled with medication; if she gets cut, she can give herself an injection to help her blood clot. But it keeps her from engaging in some kinds of activities — “Contact sports are not something you can really do,” Smith said — and she admits it can be a little lonely to have a medical condition most people her age don’t understand.

So when a friend told her about “Hemophilia: The Musical,” she saw an opportunity to try her hand at musical theater while getting to know other young people in similar circumstances.

The show, first produced in 2018, is part of a program called Breaking Through!, which uses theater as a therapeutic tool for self-expression. The program is produced by Believe Limited, a California-based production company, and sponsored by hemophilia drug developer BioMarin Pharmaceutical Inc. in partnership with the Foundation for Art and Healing.

Cast members were supposed to gather in Los Angeles this spring for workshops and rehearsals culminating in a live performance, but the COVID-19 pandemic forced the organizers to do everything via videoconferencing, and “Hemophilia: The Musical” became “Hemophilia: The Zoomsical.” The hourlong production premieres at 5 p.m. today on Facebook Live and will be available for viewing afterwards on YouTube.

The story, set in the mythical Zoomsical High School, follows a group of teens with bleeding disorders through the course of a school year as they learn to deal with life issues complicated by their medical condition.

Smith is one of three narrators in the show whose voices are heard through the loudspeakers in the school hallways.

“It’s sort of the Greek chorus of the musical,” she said.

“There’s several different storylines happening, and we make sure the audience can connect what’s happening between the characters.”

In one scene, the narrators offer advice about the value of full disclosure.

“We chimed in on one of the relationships formed during the musical,” Smith said. “We talked about how it was best if they were honest with each other (about the fact) that they have this disorder.”

The show is the brainchild of Patrick James Lynch, director of the Breaking Through! workshops and CEO of Believe Limited, which has created a number of educational podcasts and web series about bleeding disorders. Lynch, who has a severe form of hemophilia A and lost a brother to the disease, said he believes in the transformative power of the arts and wanted to work with young people who have medical conditions similar to his own.

One of the goals of the workshops, he said, is to help young performers develop their own voice — “not only so you can speak up on stage, but also so you can speak up for yourself as an advocate to coaches, teachers and employers about this thing you’re going to have for the rest of your life.”

He’s also hoping the online production will raise awareness about hemophilia and related conditions among the general population and help “normalize” the image of people with bleeding disorders. To that end, the script — which was shaped in large part by the cast members’ own experiences — deals with many of the issues they face with a comedic touch.

“I learned early on that it’s OK to have a sense of humor about some of this stuff,” Lynch said.

For Smith, one of the best things about being involved in “Hemophilia: The Zoomsical” was connecting with other teens like her from all over the United States.

“I was really excited about getting to meet other people with bleeding disorders. We have our community in Oregon, but I thought it would be great to meet people from across the country,” she said.

“We finished filming two weeks ago, but we’ve all kept in touch (online) through group chats. We’re hoping to eventually meet in person.”

It also fueled her desire to get more involved in theater.

“I’ve already told some of my school friends that once we’re back in person, I’m going to try to audition for some kind of production,” she said.

"Hemophilia: The Zoomsical," an online musical about teens with bleeding disorders, premieres at 5 p.m. Friday, July 31, on Facebook Live (https://www.facebook.com/events/717243902429835). After that the show will be available for viewing on YouTube.

SEATTLE – When you walk through the door of Dianna Howell’s University District apartment, the first thing you see is a big Purell dispenser o…

Dianna Howell, the North Albany woman who lost her place on the waiting list for a new heart when Oregon Health & Science University shut …

Racing against the clock

Dianna Howell is fighting for her life.

Erin Smith, 16, from Corvallis, is one of the narrators in "Hemophilia: The Zoomsical," an online musical about teens with bleeding disorders. Smith set up a white sheet at her home in Corvallis as a background to record her performance through Zoom.

Smith spent about two months rehearsing her part in "Hemophilia: The Zoomsical," which she describes as both educational and expressive.

Smith, who will be a junior at Crescent Valley High School this fall, said she plans to audition for a school play this year.