Neuschwander, of Shedd, will receive $1,500 from the Elks State program plus an additional $4,000 from the national program.

Neuschwander plans to attend Linn-Benton Community College to obtain her associate degree, then transfer either to Oklahoma State or to Texas A&M to major in Agriculture Communication.

PEO Chapter EK, Corvallis, recently announced that scholarships have been awarded to Meylissa LeDay and Sheryl Miller in recognition of their scholastic achievement and leadership.

LeDay received the Oregon Scholar grant. She is attending Western Oregon University, pursuing an elementary education degree. Miller received the Marguerite grant, which allows her to continue her pursuit of a nursing degree.

The PEO sisterhood is a philanthropic and educational organization dedicated to bringing increased options to women for higher education.

To be eligible for the list, students must be enrolled for at least 12 credits and earn a 3.5 grade-point average during the semester.

Strawn has been hired by Fulck NW Ambulance in Salem. He is the son of Marty Strawn.

These Merit Scholar designees joined over 3,200 other college-sponsored award recipients who were announced last June.

Among those listed was Carson Gray of Corvallis, a graduate of Crescent Valley High School, who plans to study computer science at Arizona State University.

Horsey qualified for the academic honor society by maintaining a grade-point average of at least 3.75 during the semester.

Janelle Freeman of Corvallis graduated from Hofstra University last May, earning a Master of Arts degree in forensic linguistics.

Wafula is a graduate of American Heritage Academy, and played tennis in high school.

Old Mill Center for Children and Families in Corvallis recently received a grant of $2,400 from Zonta Service Foundation of Corvallis.

The grant will go to support efforts to empower female parents and caregivers.

For more than four years, Old Mill Center has focused on engaging with the community’s growing number of Spanish-speaking parents and caregivers. Shirley Blake, a bilingual parent engagement coordinator who works at Old Mill Center, connects parents with community groups and activities. Blake is developing Raising Voices, a bilingual parent advisory committee designed to encourage mothers, especially those who are Spanish-speaking, to self-advocate and develop skills and job-preparedness.

Zonta’s grant helps remove barriers to attendance of the program by easing transportation and child care costs, meaning more parents will be able to attend meetings and learn to develop their personal and professional skills. The feedback Old Mill Center receives from parents who attend the advisory committee will help shape policies in order to better serve local families.

The Siletz Tribal Charitable Contribution Fund distributed $397,514.05 to 34 organizations last Aug. 4 as it continued its quarterly donations to nonprofit groups.

Wyatt Burris of Albany was named to the spring term University of Oregon dean’s list.

Only students with a grade-point average of 3.75 or better are honored in this way. Burris was on the list all three semesters last year. He has a cumulative GPA of 4.05. He is a sophomore this year, and graduated from West Albany High School in 2016.

East Tennessee State University has announced the names of students who attained a grade-point average qualifying them for inclusion on the summer semester dean’s list.

To receive this honor, students must successfully complete a minimum of 12 hours of undergraduate coursework with no grade below B minus in any course, and a GPA of at least 3.5 on a 4.0 scale.

At the close of spring term, 458 Eastern Oregon University students qualified for the dean’s list.

Local students appearing on the list included Tabatha Malloy and Christa Tryon, both of Albany; Alexa Peters of Corvallis; and Reis Taylor of Philomath.

These students maintained a grade-point average of 3.5 or higher while completing at least 12 hours of graded coursework during the term.

Ingrid Celis, a fifth-grader at Ashbrook Independent School in Corvallis, was honored during a reception held last August at the Oregon State Fair in Salem.

Ingrid said she chose to paint irises because Oregon is a major grower of the flower.

Besides having artwork published in the calendar, each winning student received a $50 award and certificate.

NIU is a public research university in DeKalb, Illinois.

Patrick Corrigan of Corvallis was named to the spring semester dean's list of the Viterbi School of Engineering at University of Southern California.

Corrigan spent fall semester 2016 studying at the National University of Ireland, Galway. He is a senior at USC and is majoring in biomedical engineering. He is a 2014 graduate of Corvallis High School.

Celebrate Corvallis turned into a one-person show this year. The usual January gala that rewards achievement across a wide spectrum of fields … 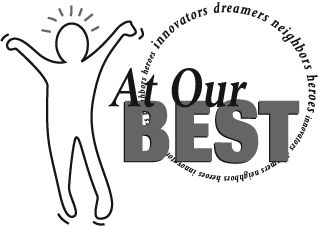 Each week “At Our Best” highlights the achievements of those in our community. It includes honors, awards and other recognition that is being earned by local residents. Please send or deliver such information, along with pictures of those honored, to the newspaper in care of news clerk Jane Stoltz, 1837 N.W. Circle Blvd., Corvallis, OR 97333 or news@gtconnect.com. 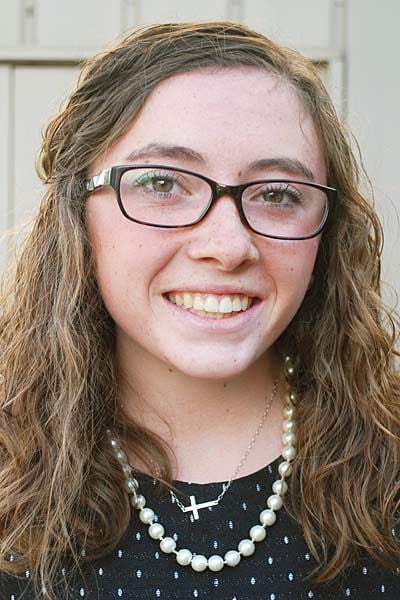 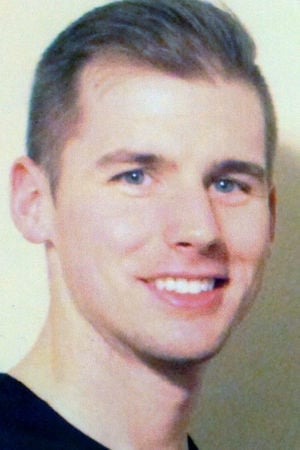