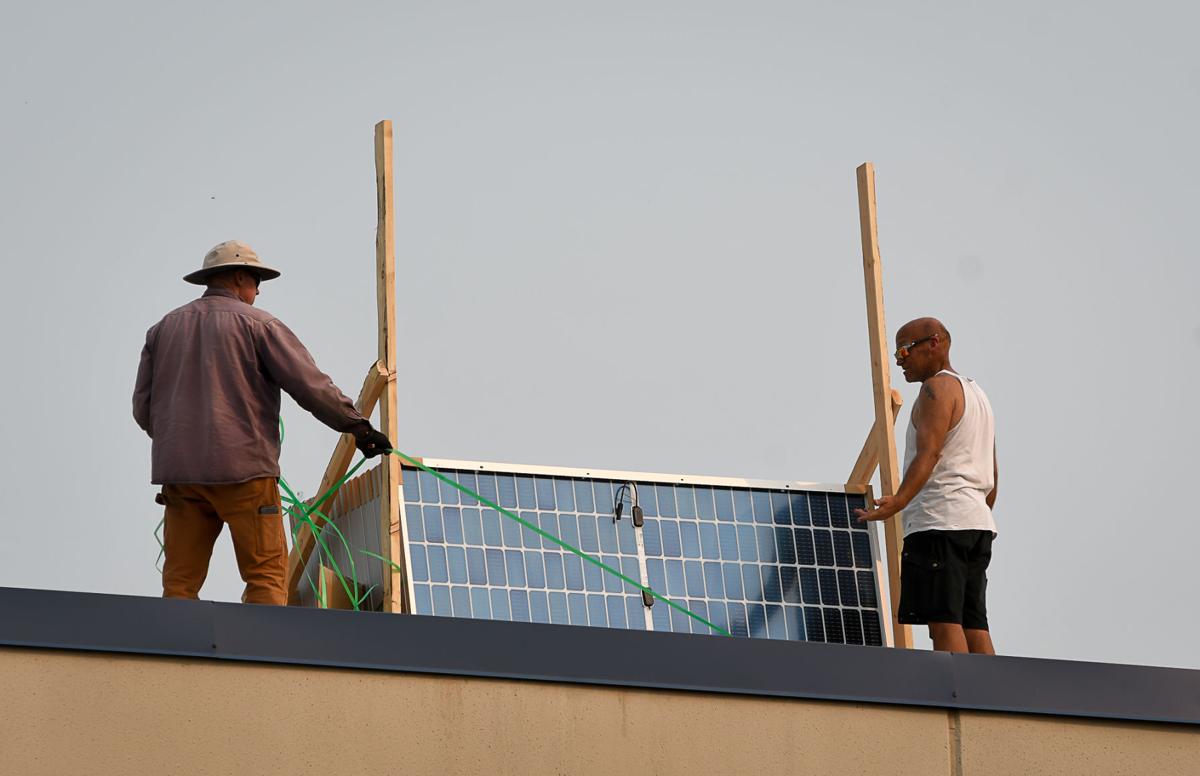 Workers install solar panels Wednesday afternoon on the roof of a building at 4500 S.W. Research Way in Corvallis owned by Benton County. It's part of a Solarize Corvallis project. 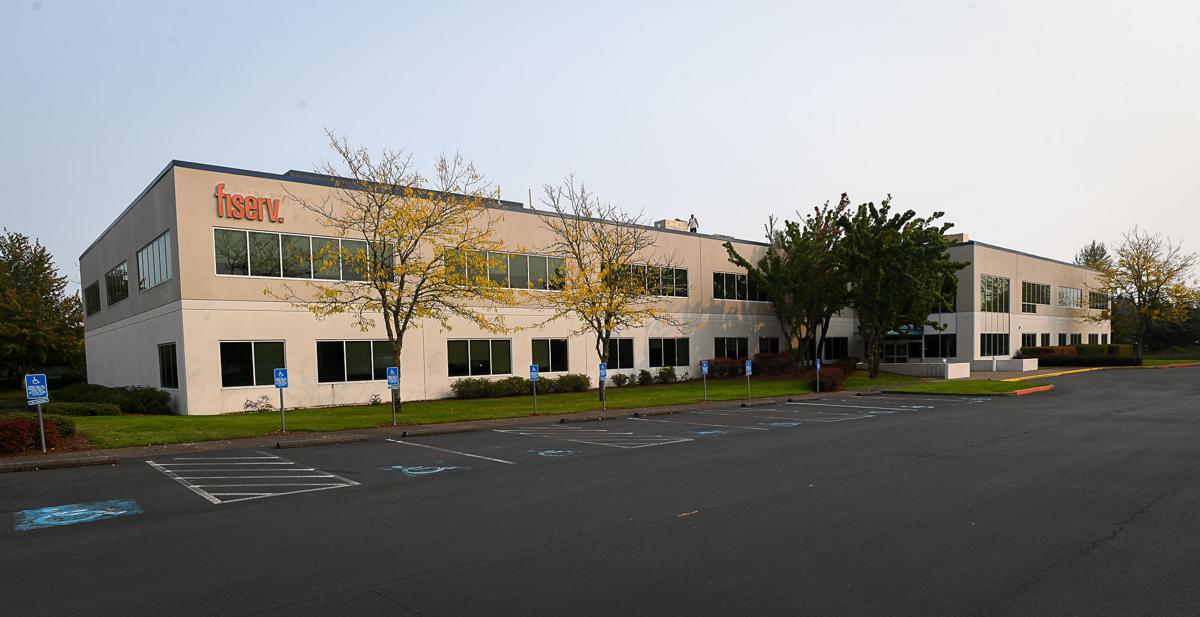 A solar panel installation on a Benton County building in Corvallis is one of the latest local projects aimed at saving energy.

Panels are being installed on the building, at 4500 S.W. Research Way, this week as part of Solarize Corvallis, a joint effort by the Corvallis Sustainability Coalition and the Oregon Clean Power Cooperative with a goal of covering Corvallis roofs with solar panels paid in part through investments by local residents.

Solarize Corvallis uses community investment to finance solar and battery systems at Corvallis government buildings, low-income housing, nonprofits and schools. Corvallis residents bought shares of stock in the Benton County project through the Oregon Clean Power Cooperative and will earn a return on their investment over a 10-year period.

Division of the project funding on the Benton County building includes $60,000 from the county, $47,000 from the community through the Oregon Clean Power Cooperative, $46,000 from tax credits and $20,000 from Energy Trust of Oregon.

“We’ve found that Corvallis residents have been eager to put their money to work in ways that benefit both the planet and our community,” Annette Mills, facilitator of the Corvallis Sustainability Coalition, said in a release from the county. “The response has been tremendous.”

Mills said earlier this year that a big part of her group’s interest in such projects is to help organizations save money.

The Research Way building, bought by Benton County earlier this year, will eventually be used to consolidate several of the county’s offices into one location, though Alyssa Rash, Benton County’s public information officer, says that is a long-term goal.

Half of the building is currently being leased to Fiserv, a company that owned the building originally. The other half has been used by the county to house its joint information center and as the site of the emergency operations center when needed, Rash said.

Benton County plans a renovation to include extensive energy efficiency improvements. The goal, aided by the new solar panels, is to make the building as close to net-zero energy as possible.

Other Solarize Corvallis projects include those at the Corvallis School District office (150 kilowatts), Corvallis High School (117) and Old Mill Center for Children and Families (100). The Old Mill project was completed in late August.

Those funding the Corvallis School District and Corvallis High School projects recently received their annual principal and interest repayment checks, according to the county.

“We have lots of trees shading our house, so we can’t put up solar panels,” says Corvallis Mayor Biff Traber, who as a private citizen has invested in several Corvallis solar projects. “So I was delighted to be able to join the community in investing in these solar projects.”

Money to repay the investors comes from the energy cost savings realized by the end users of the solar arrays, explained Dan Orzech, the general manager of the Oregon Clean Power Cooperative

"The whole proposition is a win-win-win," Orzech said. "The investors make money, the county or church or school that gets the project, they save money, and they shift to clean power, so the planet benefits as well."

During the completion of the Old Mill project, Orzech told the newspaper that participants can get involved for as little as $1,000 and that the average investor contributes $5,000.

Investors were seeing 4% returns at that time, but future returns cannot be guaranteed, Orzech said.

“There aren’t many ways people can invest in their community and get a return,” he said. ”This gives them that opportunity. It gives everyday folks a chance to get involved.”

A 134 kilowatt solar array installed in May with a $125,000 grant from Pacific Power's Blue Sky program at the Mid-Willamette Family YMCA is a…

The Corvallis Sustainability Coalition held its annual town hall on a virtual basis Wednesday, with the emphasis on climate change and social …

Solarize Corvallis keeps chipping away by installing solar panels across the southwest portion of the city.

Workers install solar panels Wednesday afternoon on the roof of a building at 4500 S.W. Research Way in Corvallis owned by Benton County. It's part of a Solarize Corvallis project.