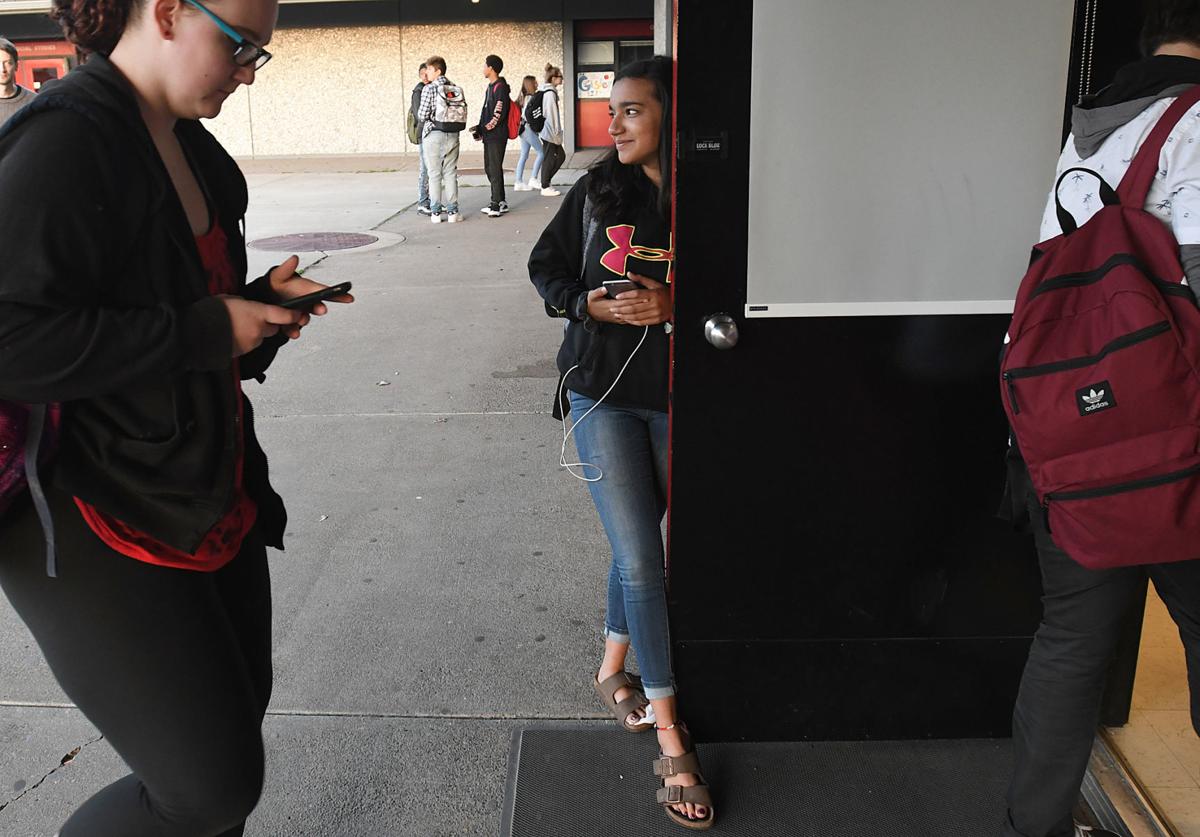 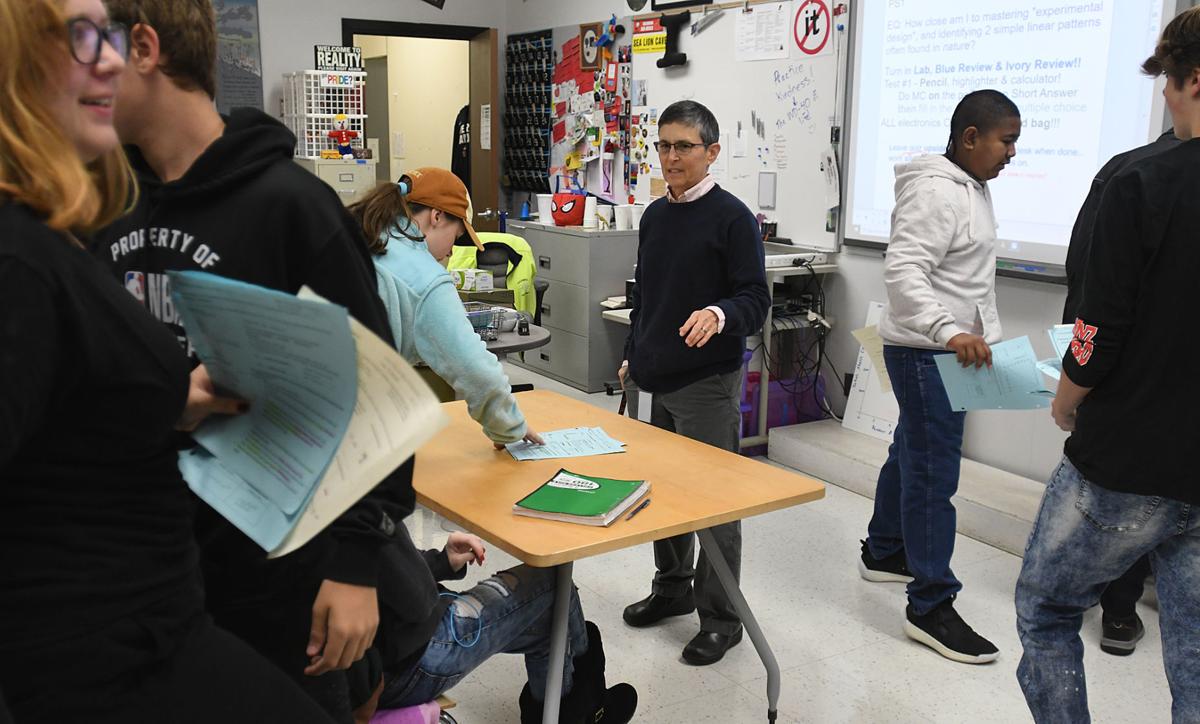 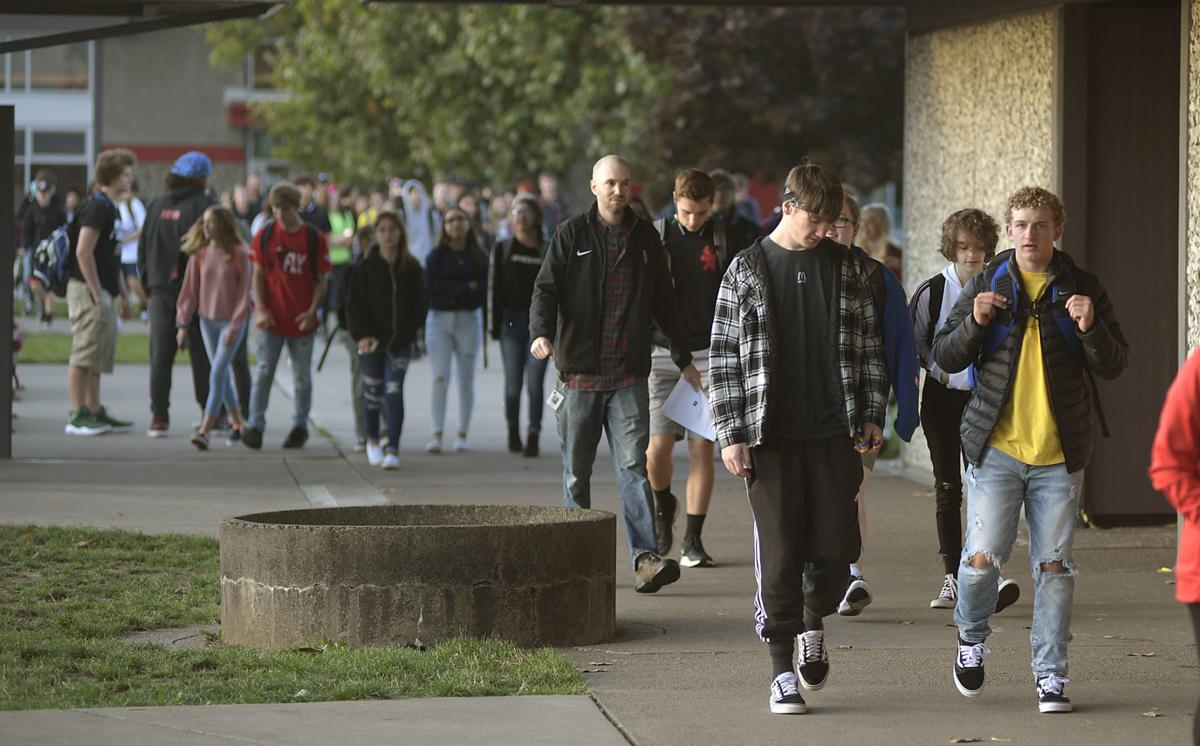 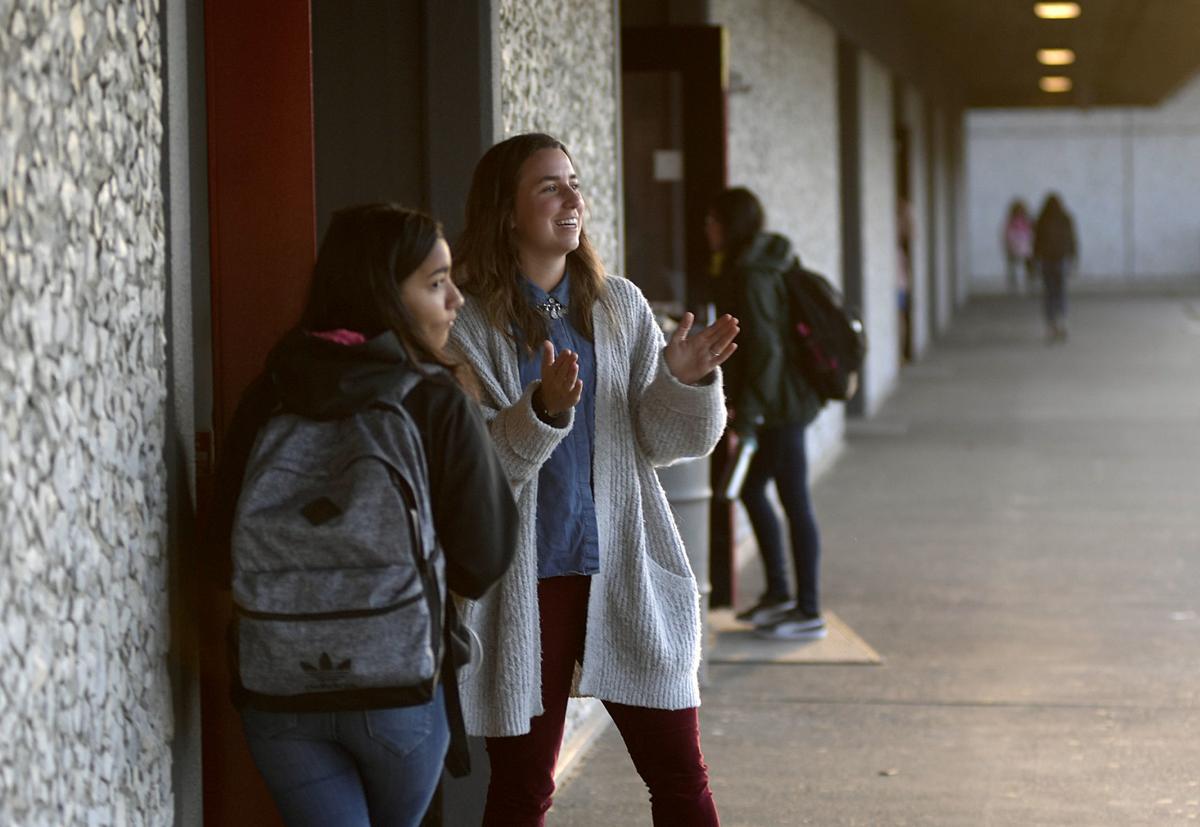 Teachers stand outside classrooms, welcoming students as they flood down the hall and students, carrying the often-used stereotype of being self-involved teenagers, hold doors open for each other.

Those minor things are part of a major program focused on improving the emotional and social health of students. CharacterStrong is curriculum available across the state but adopted at South Albany High School as part of its new FLIGHT teams — previously known as Pride periods — because RedHawks fly together.

“In a nutshell, it helps build out emotional skills and they’re learning about character,” Muñoz said, explaining the curriculum. “We’re meeting the students where they are, and for staff, it gives them a new tool. We call it low-impact, high-leverage.”

Holly Garrow has been teaching for 30 years and FLIGHT, she said, has been a new experience. She has always had a group of students once or twice a week for a homeroom-style class, but FLIGHT sends those students to her classroom for 30 minutes every day for the four years they’re in school.

“We have daily interactions,” she said. “It makes a difference in getting to know someone.”

FLIGHT functions as a prep period where students go over weekly planners, assignments and grades, but on Wednesdays they engage with the CharacterStrong curriculum that focuses on honesty, kindness, patience, respect, selflessness, forgiveness, humility and commitment. The eight defined character traits, Garrow said, have led in-depth class discussions.

“We had a lovely conversation about pretend forgiveness versus genuine forgiveness,” she said. “One student said they thought the second group of characteristics needed the first group because you couldn’t have forgiveness until you had respect.”

The curriculum has Garrow examining things more closely as well. After 30 years, she said, once class starts, it’s easy to go into autopilot. But since the implementation of FLIGHT, some lessons are starting before she begins teaching.

“Before class and after class,” she said. “That’s where I’ve noticed it. It has made me more aware in the moment of the words I’m using and my eye contact. It’s being a support and a cheerleader.”

Muñoz is helping teachers like Garrow with those before and after class realizations by sending out weekly dares in his newsletter. The first week, he asked teachers to learn how to phonetically say every student’s name. Then, he suggested, making sure they’re standing outside their door to welcome students into the classroom.

The dares seem to be paying off.

According to Muñoz, attendance in the first three weeks of classes is up 10% and behavioral issues that led to write-ups are down about 50% compared to the same time last year.

According to Munoz, implementing CharacterStrong into the newly formed FLIGHT teams was just the next step in moving forward for the school. Last school year, South Albany High School was named a demonstration school for Advancement via Individual Determination, or AVID, a program aimed at improving graduation rates. The school has also worked to make all families feel welcome with bilingual administrative assistants to greet parents and, last October, implemented an outreach and engagement coordinator.

“It’s part of our culture here,” Muñoz said. “We want students to know we don’t just care about academics. It’s not just about that. We also care who they become as people.”

Meadow Ridge Elementary School opening up in the air

Greater Albany Public School students will not be getting a new school for Christmas. Or New Year’s. But, they may finally set foot in the new…

On a rainy Thursday morning in the last breath of summer, the gym at Timber Ridge Elementary School was alive with the sounds of an old-fashio…

GAPS expulsions drop to lowest in nearly a decade

Along the bank of the South Santiam River, on the first day that felt like fall in the Willamette Valley, schoolchildren gathered around to lo…

Coffee with a Cop: Local police serve the community

If not for the construction paper mountains in the window, cubbies full of cartoon-colored backpacks, and pictures hanging from a wall painted…

The Greater Albany Public Schools district has a question — or six — for the community: What do you want?