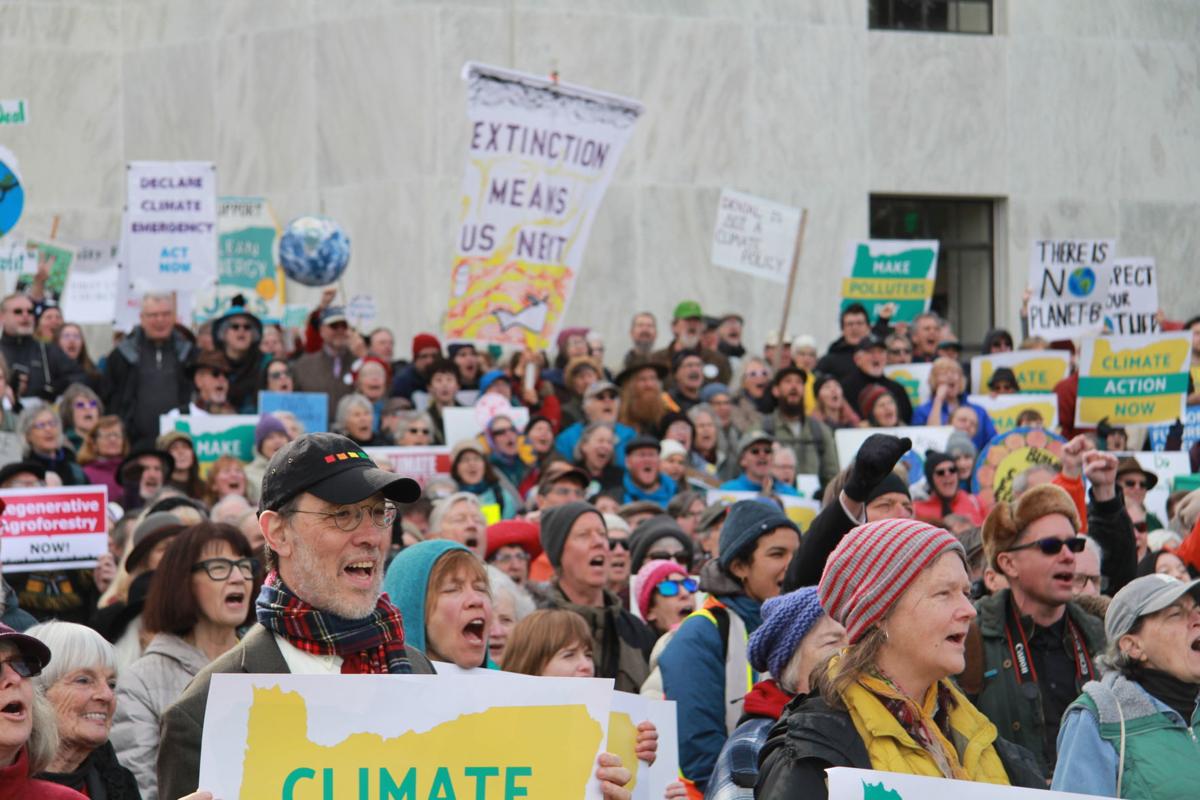 Activists pack the steps of the Oregon State Capitol on Tuesday to show support for a cap-and-trade bill being considered by lawmakers. 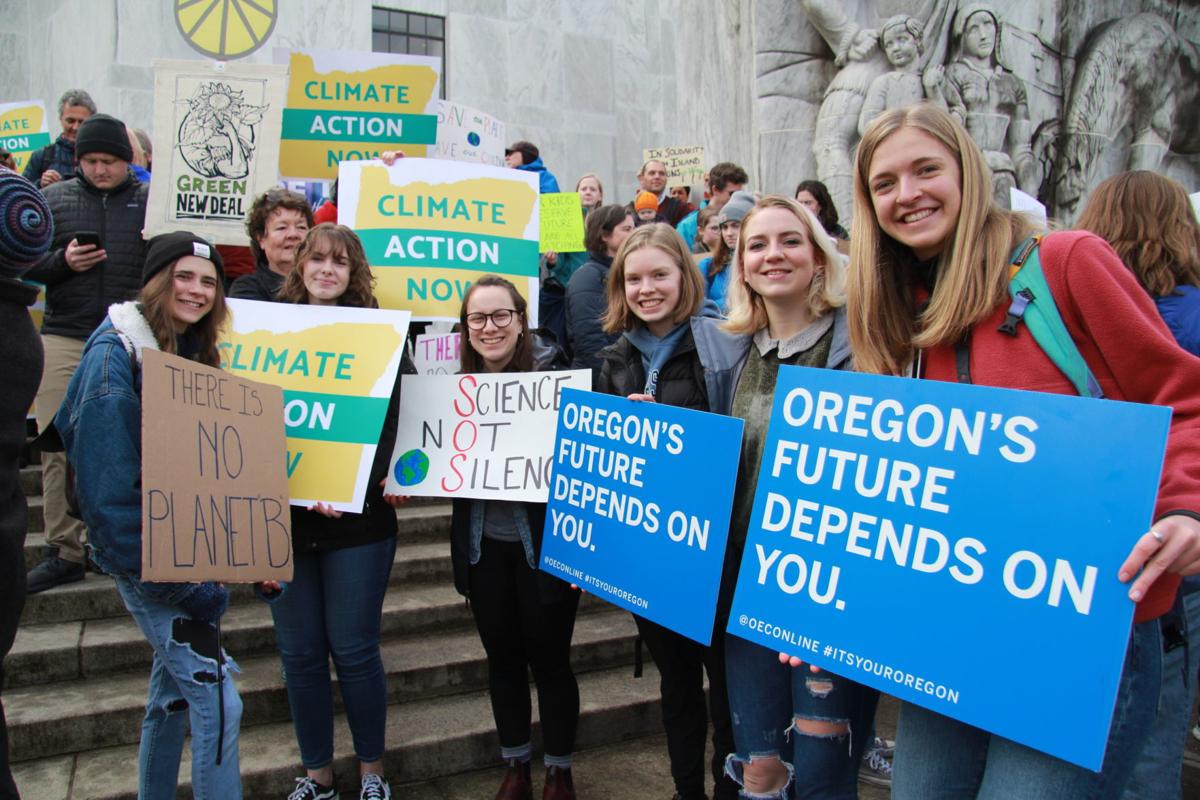 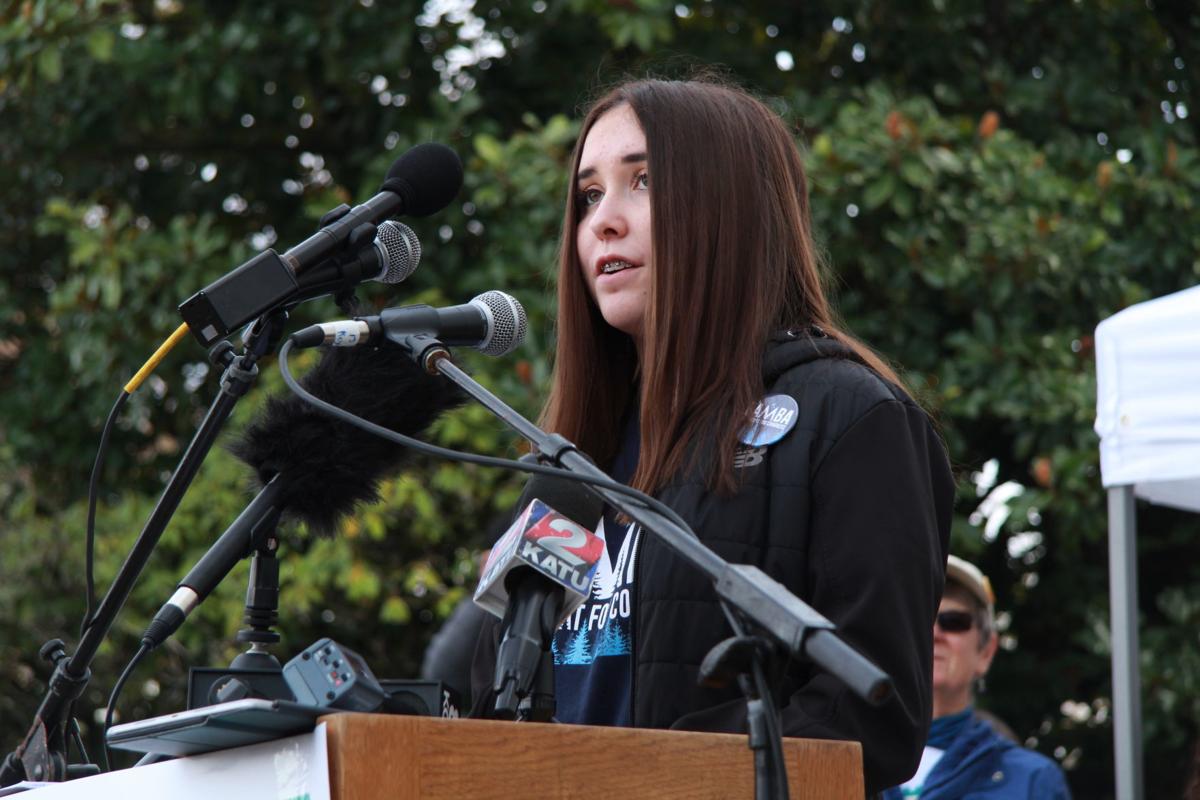 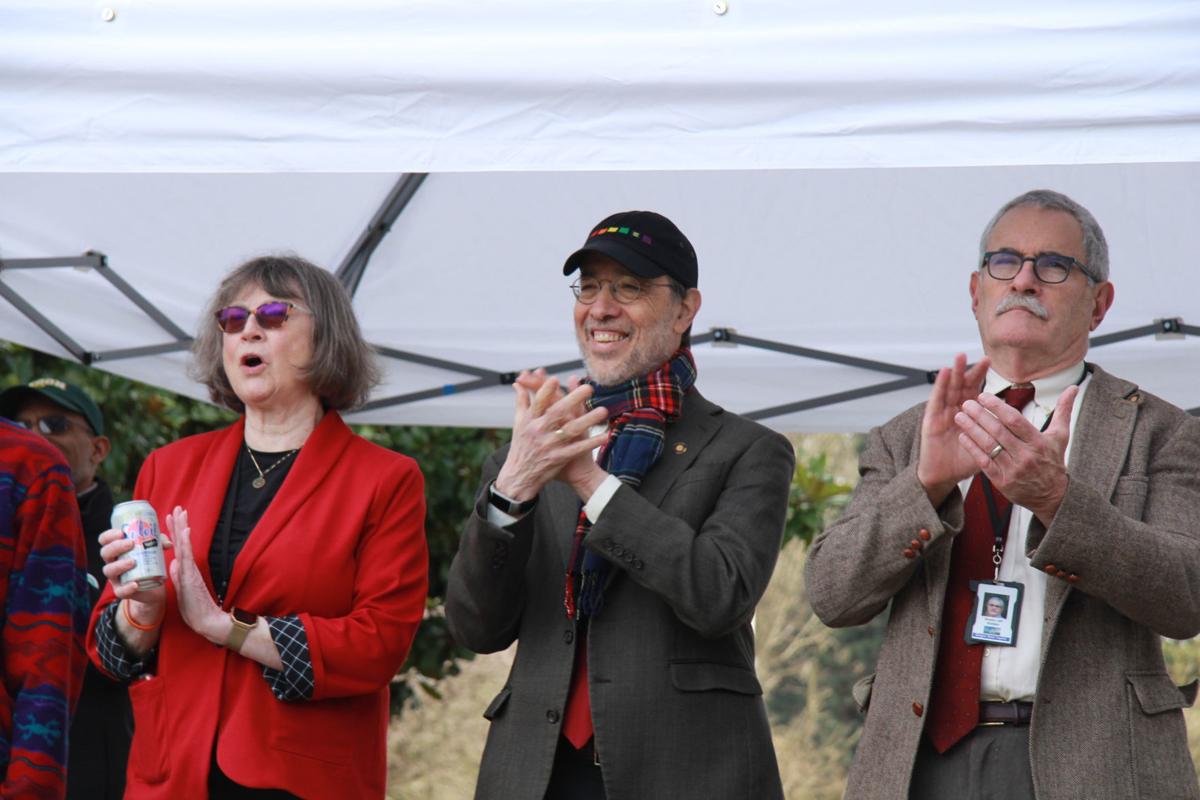 SALEM — Activists seeking to clean Oregon’s environment by reducing greenhouse gas emissions turned out by the hundreds at the Oregon State Capitol on Tuesday, pushing legislators to move ahead with a cap and trade policy.

Demonstrators ranged from Salem-area teenagers who took time out from school to middle-aged Wasco County residents.

All told, organizers say that more than 1,000 people traveled to the Capitol to support Senate Bill 1530, which aims to cap and shrink the state’s carbon emissions and generate revenue for environmental projects.

One of those local teens was Angelique Prater, 17, of Salem, who spoke to the crowd Tuesday about her activism.

In an interview, she said that her parents, immigrants from Mexico who work in agriculture, were already feeling the effects of climate change — extreme temperatures in winter and summer.

She said she first heard about proposal from friends in school and then got involved in activism.

The pending legislation would establish a new limit on certain emissions and reduce them over time.

The limits would apply to certain industries and major fuel importers. The cap and trade policy would carve up the emissions limit into allowances that emitters can buy and sell on a market. The idea is that as emissions targets get lower, fewer allowances are available, and industry would improve pollution controls.

Opponents have criticized the plan for its potential impact on consumers and small businesses, particularly through higher fuel costs. Recent revisions to the legislation spare counties east of the Cascades from regulations on fuel importers and provide a way for natural gas companies to guard their low-income customers against higher costs.

The event, organized by the environmental group Renew Oregon, was a counterpart to a protest in Salem last week organized by Timber Unity.

Activists made the trek to Salem from all parts of the state Tuesday, including Dean Myerson who was part of a carload of demonstrators who drove three hours from The Dalles.

Myerson said he believes Oregon needs to lead the way on climate action.

“We can’t just wait for everybody else to do something first, which seems to be one of the arguments; ‘we can’t do this alone,’ which is true, but somebody has to start,” Myerson said. “In Wasco County we had a series of really bad fires a couple years ago. A lot of historic homes were destroyed, a farmer died… There’s always been fires, but climate change is making them worse.”

Maia Stout, a 15-year-old from coastal Yachats, explained to the crowd what climate action means to her. For the past several months, Stout — like 17-year-old Swedish activist Greta Thunberg — has participated in the global youth climate strike, standing outside her high school in Newport every day Friday to bring attention to the issue.

“I advocate for climate action because I understand that the mistakes we’ve made don’t fix themselves,” Stout said. “I raised my voice because I can’t vote for three more years and time is running out.”

Coral Avery, 22, a student at Oregon State University, is an enrolled member of the Shawnee tribe of Oklahoma.

“Climate and natural resource use really goes back to indigenous people,” Avery said. “That's the main reason why I'm here today, is to represent, the best I can, represent my community and other indigenous communities who have overall been left out of the conversation or at least haven't been centered in it before.”

Avery, who is involved in student government at OSU, said that she has lobbied for climate legislation for four years, since moving to Oregon. She said she was “most hopeful” for the bill that was proposed last year but that it didn’t protect rural communities.

“And I've heard that, through reading it, that it's been revised in some ways to better support them and look out for when things change when polluters are held accountable for their emissions,” Avery said.

The rally drew people like Andy Saultz, who is running for the Portland House seat being vacated by Mitch Greenlick, a retiring Democrat. Saultz said he was running for office “because we have not seen climate action.”

“We have not seen a Legislature really prioritize the next generation,” Saultz said, “… As a father of two toddlers, I just really worry about the long term health of our community.”

Saultz, a Democrat, addressed why he would enter politics at a moment where tensions in the Capitol have started running high, and as Republicans seem prepared to leave the building to avoid taking a vote on the reworked cap and trade policy.

Count NW Natural as one of the companies and organizations in favor of Oregon Democrats’ proposal to limit greenhouse gas emissions.

Activists pack the steps of the Oregon State Capitol on Tuesday to show support for a cap-and-trade bill being considered by lawmakers.