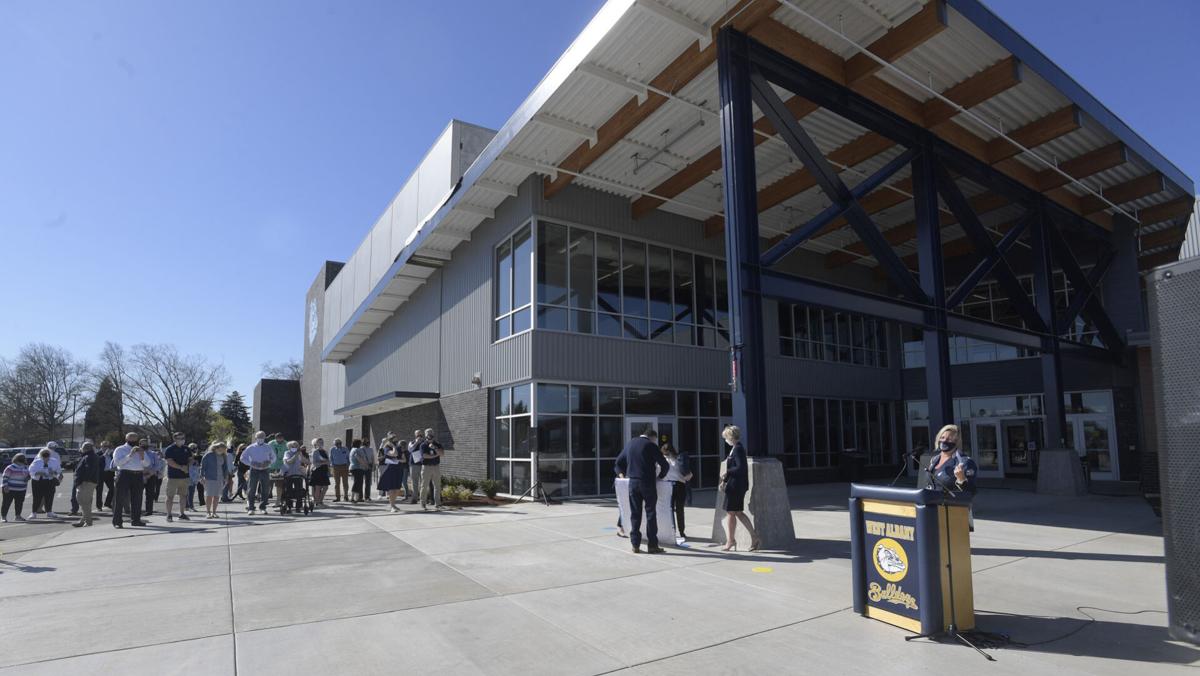 West Albany High School principal Susie Orsborn welcomes the invited guests to a tour of the facility after a ribbon cutting at the front entrance of the high school. 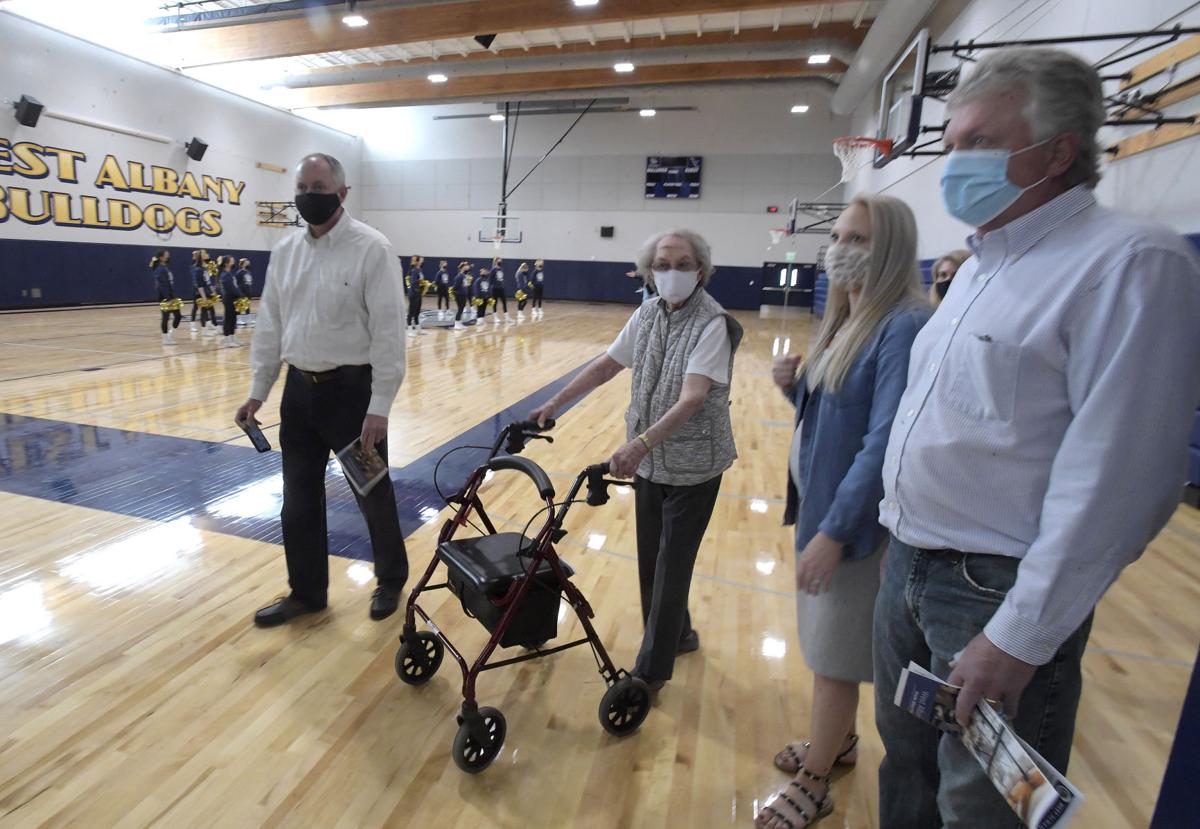 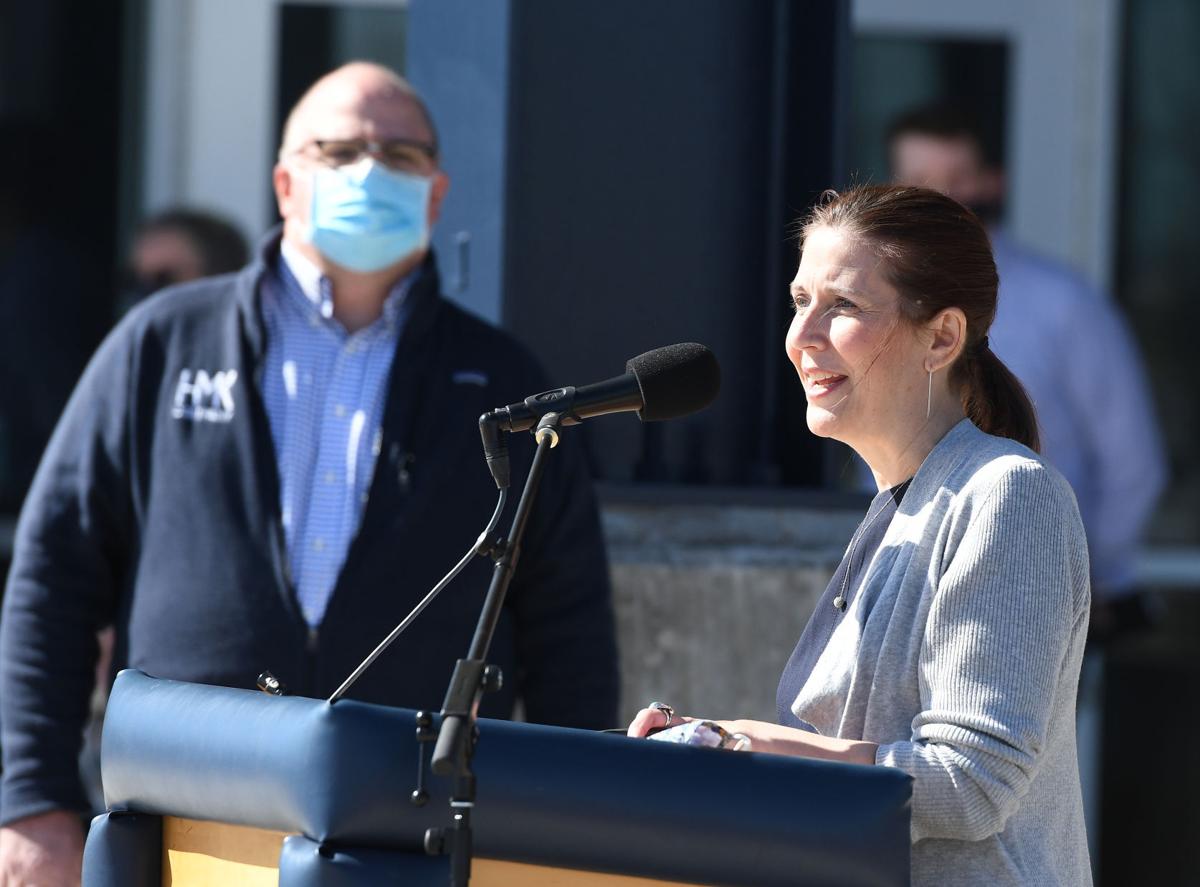 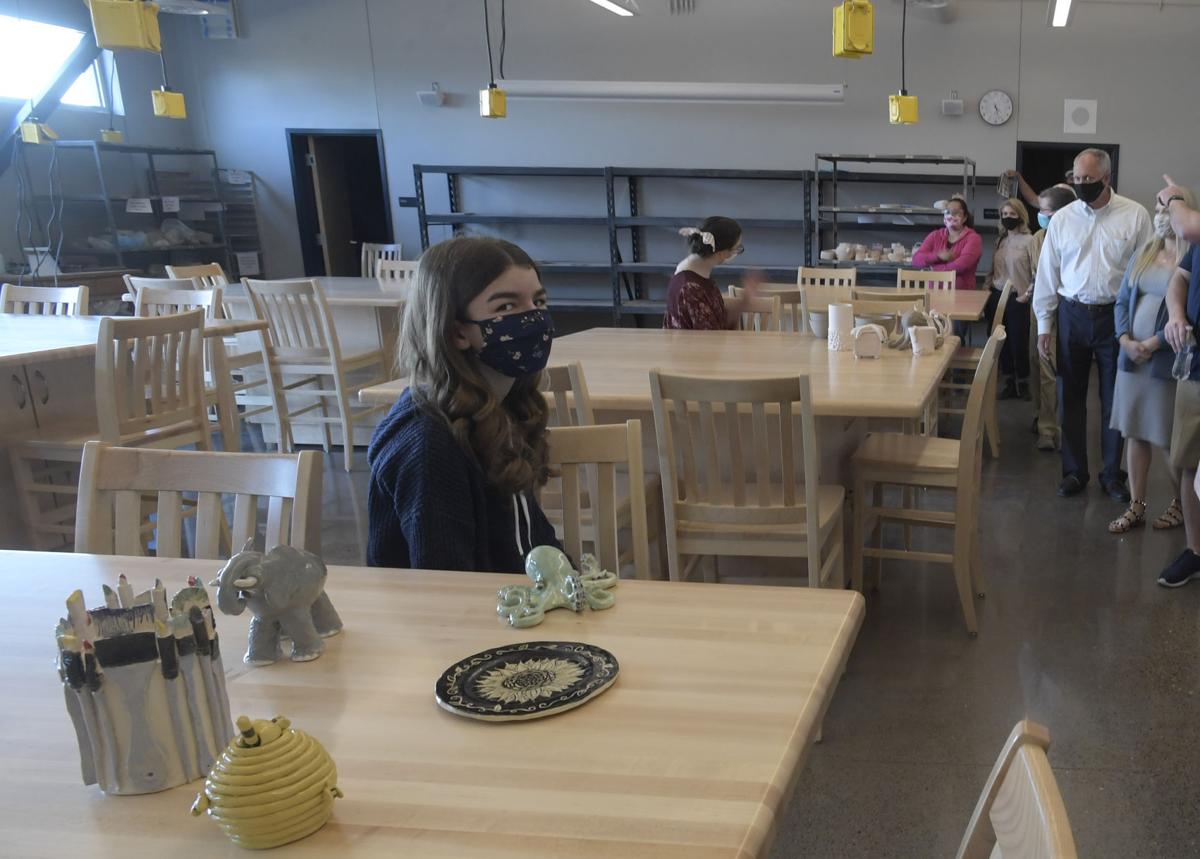 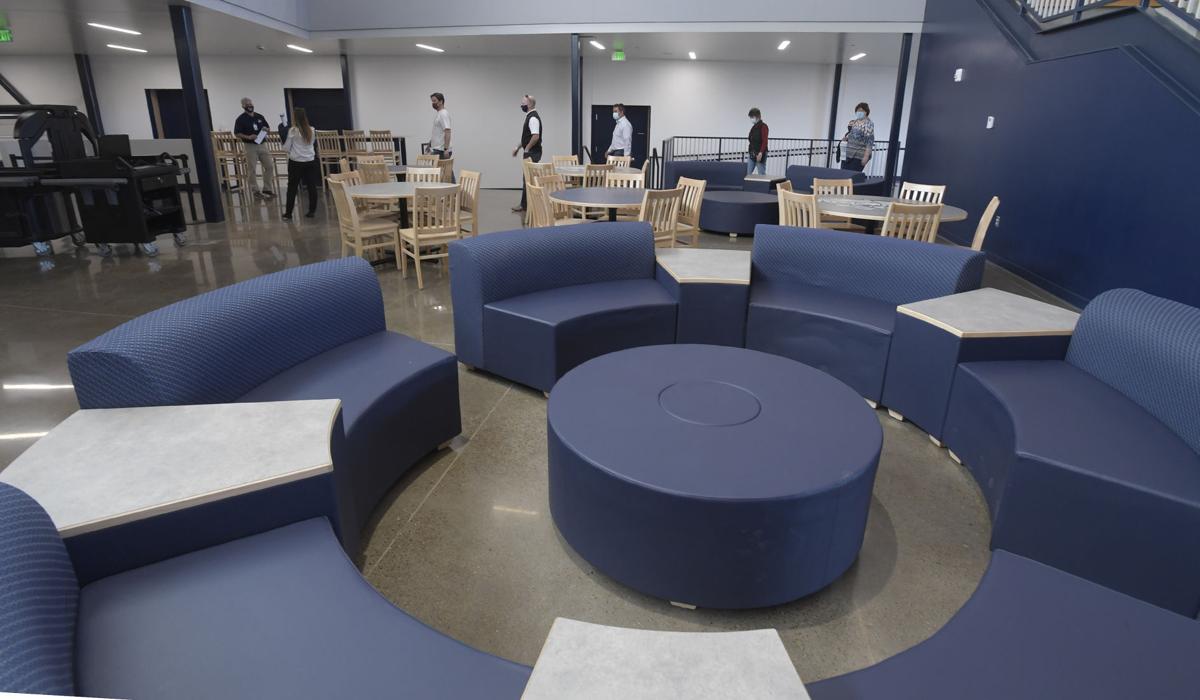 Athletic Director Pat Richards leads a tour through the commons of the new addition.

When West Albany High School freshmen walk into the building on Thursday and Friday for the first time since the start of the pandemic, it won’t be the same old West.

On Wednesday, Greater Albany Public Schools marked the completion of another bond project by officially cutting the ribbon for West Albany High School.

The addition of about 10,000 square feet of new educational space was part of a list of projects financed by a $159 million bond measure passed by voters in May 2017. Bond dollars went toward the construction of new schools, upgrades in technology, seismic upgrades and additional career and technical education spaces.

According to the district, about 53% of bond funds went to local contractors.

At West, construction began in March 2019 and will finish up this week. About $62 million was spent on a new auxiliary gym, a new auditorium that will be shared with the community, upgraded CTE spaces, an upgraded student commons, an entryway, seismic renovations and tennis courts.

Some of the new spaces have already been in use during the pandemic by the few students who were permitted to have in-person instruction. But come Thursday and Friday, the doors will be open to a more traditional set of students.

In addition, for certain uses the new auditorium is open to community groups, not just students.

“This is Susie’s baby,” Superintendent Melissa Goff said on Wednesday of Principal Susie Orsborn and the upgrades to the school. “From the moment I was hired, she started showing me swatches in her old office to explain to me why this blue is better than the other blue. And, of course, she was right.”

Orsborn said every design decision was made with students in mind and that the new construction at the school, which was built in 1954, was a community effort.

“This school,” she said, “is so rich with tradition because of the people who have been a part of it.”

GAPS has been steadily crossing projects off the bond list as completed in the last year, with a ribbon cutting held for South Albany High School last week and the official opening of Meadow Ridge Elementary taking place in March.

ABC House director set to depart in May

For Jenny Gilmore-Robinson, opportunity is bittersweet.

A former Oak Grove Elementary Parent Teacher Club member was ordered to pay more than $16,000 in restitution after pleading guilty to credit c…

West Albany High School principal Susie Orsborn welcomes the invited guests to a tour of the facility after a ribbon cutting at the front entrance of the high school.

Athletic Director Pat Richards leads a tour through the commons of the new addition.