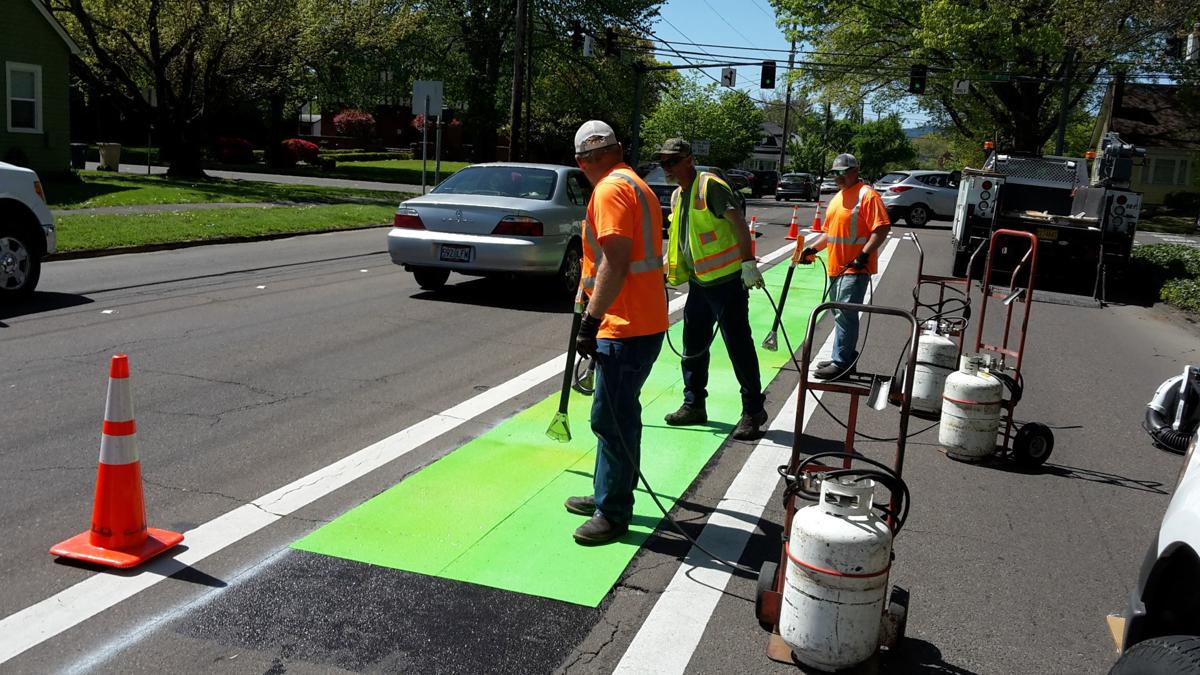 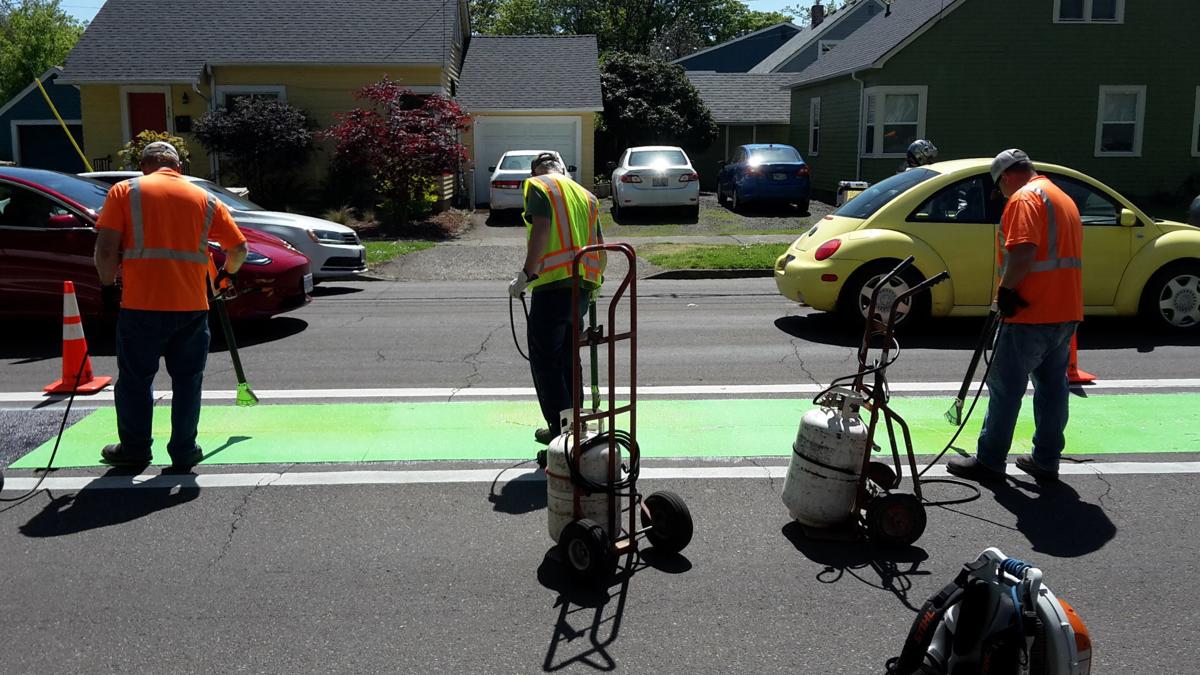 The thermoplastic coating being added to a series of Corvallis streets is literally baked onto the asphalt.

The city of Corvallis is expanding its program of green bike lines on busy city streets.

“We are very excited about the projects,” Capps said.

Capps said that the thermoplastic coating “is what is known as a seasonal, durable product, which means it has a very small window on when it can be installed. The weather has to be just right.”

The material is literally “baked” onto the asphalt, Capps said, adding that “green material is becoming standard across the U.S., being applied in some cases along the entire length of bike lanes to increase the overall visibility, identify potential areas of conflict for vehicle/bicycle mixing and reinforce the priority for bicyclists in conflict areas.”

Before this project the city had just one green lane, on southbound Kings Boulevard where it turns into Van Buren Avenue. That installation was done in April 2017. It will receive a touch-up in this go-round.

The city has budgeted about $50,000 for the project, with $25,000 each coming from the 2018-19 spending plan and next year’s budget; thus, the two-phased operation. This year’s projects are set to be completed by July 1. The money is being allocated from the city’s street fund.

Here is a list of the intersections that are going green:

City staff still are working on whether to also add the green coating on northbound and southbound lanes on 26th at Western.

How often do bicycles and motorists collide in Corvallis? Where are such incidents most likely to occur? What causes them? And, perhaps most i…

Members of the Corvallis Bicycle and Pedestrian Advisory Board received a couple of pieces of good news last week.

On July 6 the Corvallis Bicycle and Pedestrian Advisory Board held its normal monthly meeting. It was just nine days after 32-year-old cyclist…

Street work on Kings Blvd. in Corvallis set to wrap up

Crews are close to wrapping up the first of three major city public works projects for this summer in Corvallis.

Corvallis has its first set of buffered bike lanes.

The thermoplastic coating being added to a series of Corvallis streets is literally baked onto the asphalt.