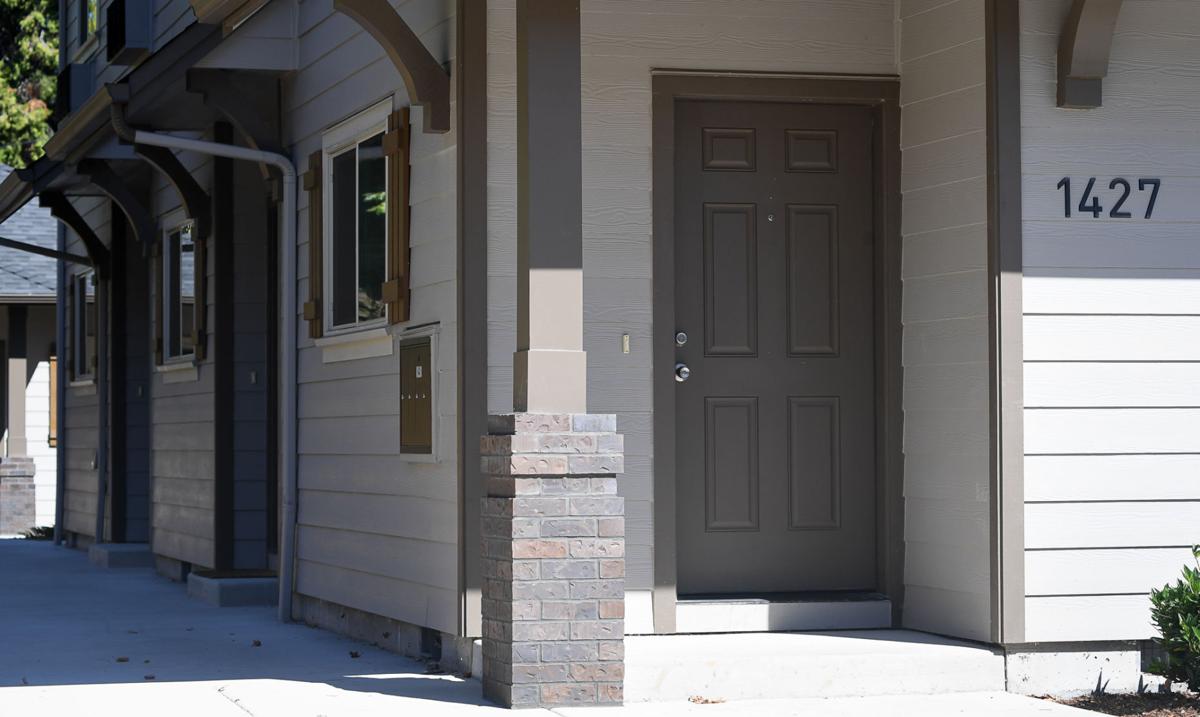 The city of Corvallis is cracking down on the builder who submitted plans for a new single-family home at 1427 N.W. Grant Ave. and then built a 4-unit apartment instead. The builder is under orders to restore it to a single-family home, although he said he hopes to work with the city to resolve the issue. 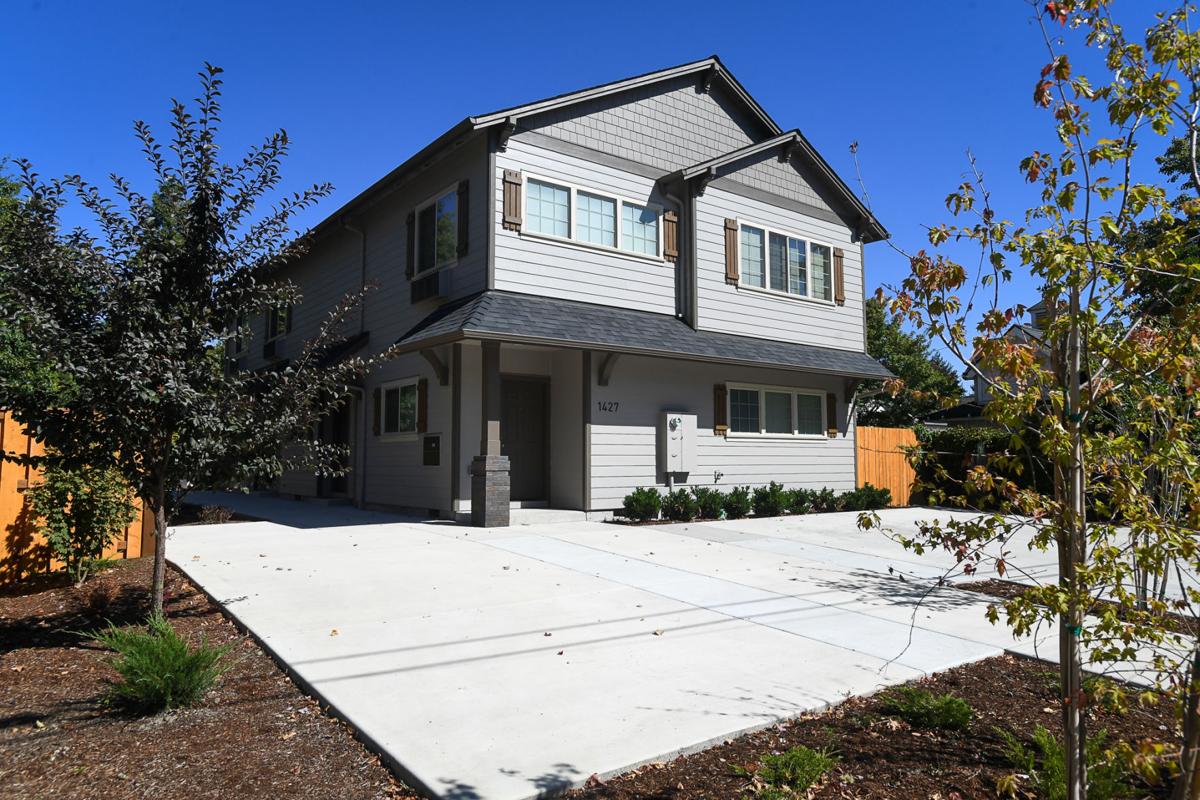 Here is a look at the project at 1427 N.W. Grant Ave. in Corvallis that is under orders to alter work done with permits.

A prominent Corvallis builder of student housing is facing a city violation order that might require significantly reworking a new unit built on Grant Avenue.

According to interviews with city officials and case documents, Chris Saltveit of Preferred Properties Northwest is in violation because of “changes that have been made after (the structure) was built and the permits approved.”

Saltveit has been involved with major student rental developments such as the town homes that face Oregon State University on 11th Avenue as well as infill projects throughout the city.

The city received an application for a single-family home from Saltveit on April 4, 2018 for a vacant lot at 1427 N.W. Grant Ave., the city's permit database shows.

City officials say, however, that late in the construction process, “after final inspection,” Saltveit changed the building from a single-family home to a small apartment complex of four units. The project also includes an accessory dwelling unit (ADU) at the rear of the property, but the ADU is not affected by the city’s enforcement action.

A neighborhood resident noticed that what was expected to be a single-family home had morphed into apartments and brought it to the attention of the city on Aug. 3. On Sept. 8 city officials inspected the property.

“The owner finally provided access to our staff to inspect the unit and we confirmed that the complaint was valid and the owner had illegally converted the single-family house to an apartment building in violation of land development code regulations,” said Paul Bilotta, director of community development.

“The violator also did the work without obtaining the required building permits. They will have to restore the property to its original approved condition," Bilotta said.

The city’s order of Sept. 10 calls for Saltveit to:

• Obtain building, mechanical and electrical permits to remove the unpermitted alterations and return the building to its previously permitted and approved floor plan on or before Sept. 22.

• Provide updated elevation drawings of all four sides of the dwelling to memorialize the current design and configuration.

• Restore the original approved kitchen and remove all other kitchens and supporting provisions, including any additional unpermitted mechanical and electrical alterations.

The order also states that the city will charge investigation fees of $60 per hour for staff time inspecting work performed without permits. The city also can impose an administrative civil penalty should issues not be corrected by Sept. 22.

In an exchange of emails with city officials Saltveit said that “the original  intent for this building was to be permitted as middle housing. Middle housing is permitted under state law. We will begin the process of creating a new drawing for the middle housing application. The application will be made once we are allowed by the city.”

Middle housing refers to duplexes, triplexes and fourplexes as well as cottage clusters, with the word “middle” noting the housing types being in-between single-family homes and large apartment complexes in the construction hierarchy.

In 2019 House Bill 2001 became law. It requires cities of above 25,000, such as Albany and Corvallis, to write new code that allows middle housing in what used to be zones set aside for single-family homes. Cities between 10,000 and 25,000 only have to add duplexes. The new code must be approved by next June.

Scott Foss, the city’s building inspector/plans examiner, replied to Saltveit that “we are going to do some research and will get back to you on this proposal and/or others.”

Kevin Russell, the city’s development services mangers, added that “staff have not deviated from the original notice of violation or the direction to Chris on how to remedy the violation.”

Russell said that it is "fairly common" for the city to receive complaints about illegal remodels such as the conversion of a garage into a bedroom. The complete conversion from a single-family unit into apartments appears to be virtually unprecedented in Corvallis, Bilotta said, although Russell noted that he is “not able to speculate how many of these may be out there that are not reported.”

The whistleblower, who chose not to speak for the record, offered “support for increased density. But this is absolutely not the way to do it.”

One former builder, however, said that “the punishment seems severe and even irresponsible" given that HB 2001 will allow such building in the future and “there is a shortage of affordable housing.”

For documents related to the 1427 NW Grant Ave. case please see this story at the website.

The middle housing crunch isn’t here yet but folks in Corvallis are mighty interested in talking about it.

A few days ago, Oregon State University students began moving into the Domain Corvallis, a massive complex in the northwest part of town along…

The Oregon Legislature has been extremely active on housing issues in recent years.

A half-block of Northwest Tyler Avenue between Ninth Street and 10th Street is slated for demolition.

The city of Corvallis has a new weapon that officials hope will help address affordable housing needs.

The shape of the 2022 election could take a step forward Sept. 20 with a special session of the Legislature called by Gov. Kate Brown.

The city of Corvallis is cracking down on the builder who submitted plans for a new single-family home at 1427 N.W. Grant Ave. and then built a 4-unit apartment instead. The builder is under orders to restore it to a single-family home, although he said he hopes to work with the city to resolve the issue.

Here is a look at the project at 1427 N.W. Grant Ave. in Corvallis that is under orders to alter work done with permits.