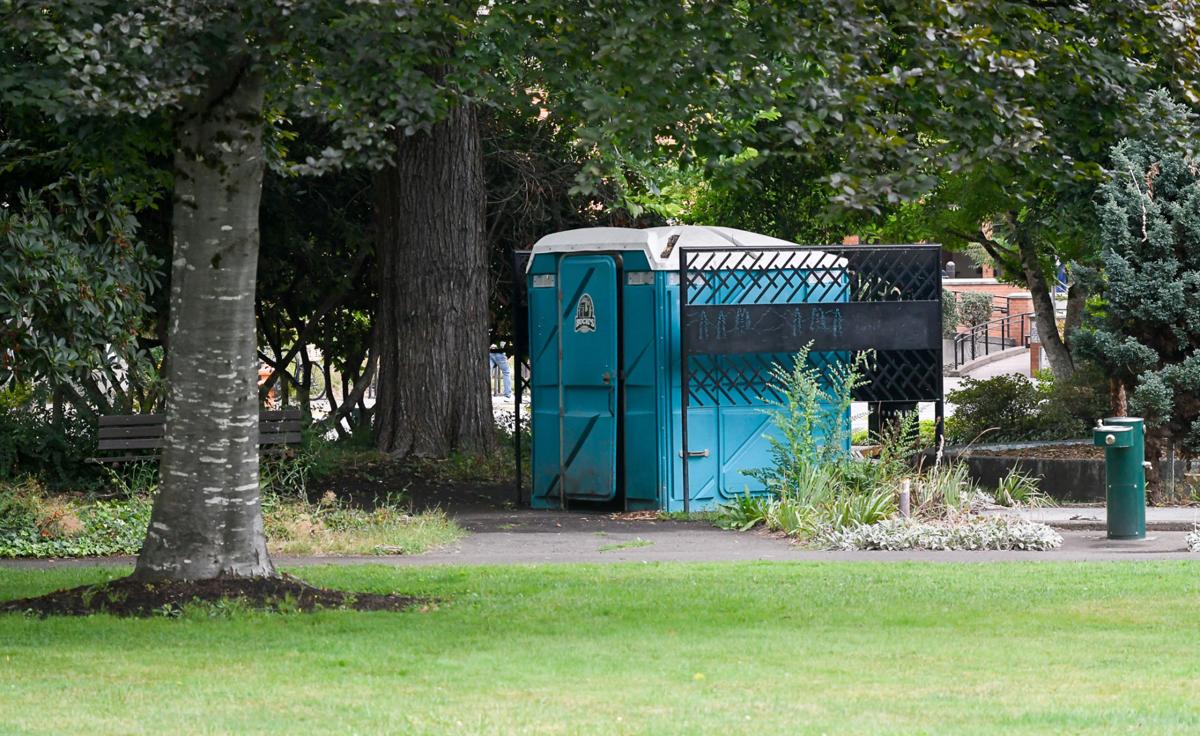 The portable restroom at Central Park in Corvallis has a reputation of being the most foul in the city, with the City Council taking action at its Monday night session to address the problems. 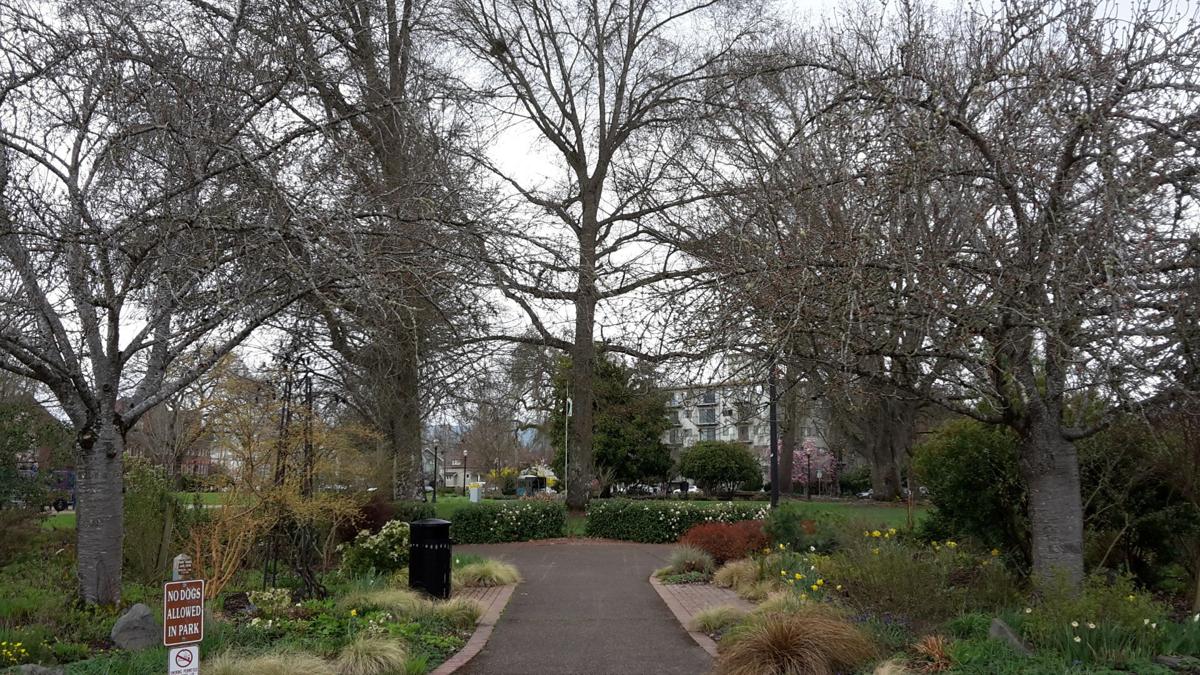 The city of Corvallis will be looking to add a permanent restroom at Central Park as a result of motions passed Monday night by the City Council.

The Corvallis City Council passed a pair of motions Monday night aimed at reducing issues with restrooms in city parks.

The issue came to light when residents who participated in a July 29 “camp-in” protest at City Hall and Central Park expressed concerns about cleanliness at the portable toilets at Central Park.

Parks & Recreation Director Meredith Petit brought a proposal to the council to spend approximately $5,000 to address issues with the restrooms at Central Park and Pioneer Park.

However, councilors, led by Ward 5’s Charlyn Ellis, took the matter in a different direction that likely will cost far more than $5,000.

Ellis made a personal tour of park facilities and found that parks with permanent restrooms were in pretty good shape. The big problems, she said, were with the portable facilities in Central Park, Pioneer Park and at the Crystal Lake boat ramp.

“This is not just for the unhoused,” Ellis said. “There is a pandemic going on. We need hand-washing stations or hand sanitizer. And we need clean restrooms.”

Ellis had particularly harsh words for the Central Park unit.

"That thing is always disgusting," she said. "City staff needs to be inspecting it more regularly. I will be doing that."

The first motion, which passed unanimously, calls for improvements at the two parks and Crystal Lake. City Manager Mark Shepard said his staff will review the potential cost of the work and bring back information to the council. It is likely that city contingency funds will be used to pay for it.

The second motion calls for a permanent restroom at Central Park. Because of concerns raised by Shepard at how the project will fit in with the city’s capital improvement (CIP) and strategic operational plan (SOP) processes, councilors agreed to calls for the work to be part of the CIP work list to be considered in the spring of 2022.

The vote was 7-1, with Ward 1’s Jan Napack the lone dissenter.

During the debate Pettit noted that a third-party vendor maintains the restrooms on a Tuesday and Friday cleaning cycle, with Parks & Rec only getting involved when conditions warrant.

In other council matters:

• Councilors voted unanimously to form a task force to look at a possible charter amendment that will address the issue of compensation for the mayor and city councilors. Currently, the mayor receives $100 per month and councilors are unpaid.

• Approved a Corvallis Police Department plan that will add a management analyst position to the department. Police Chief Nick Hurley said in the staff report that the new employee will prepare technical data reports, manage software and technology, coordinate with vendors, do state reporting, research and special projects. The department will pay for the position by eliminating a casual position and reducing overtime. The change was on the consent agenda, a list of items that is voted on in full.

• Approved the renewal of annual permits for the four micro shelters apiece at the Corvallis Evangelical Church and the First United Methodist Church. The matter also was part of the consent agenda. The shelters have proven to be virtually trouble-free, noted the city's staff report.

• The Community Comments period continued to be dominated by those wishing to address homelessness issues. There was good news, with Shawn Collins of Unity Shelter reporting that 10 residents of the micro shelters he supervises have transitioned to more permanent housing in the past six months. Others called for the city to authorize sanctioned camping and discontinue the camp cleanups that have been taking place since the middle of may. Seven of the eight residents who spoke addressed homelessness. Pettit said Tuesday that 12 camps have been cleaned up in past two to three weeks, mainly on the banks of the Marys River in Pioneer Park.

Although there were no action items on the agenda devoted to the topic, homelessness remained the main topic for discussion at Monday night’s …

Advocates who disagree with city of Corvallis policies on homeless camp cleanups plan to protest Thursday.

Homelessness in Corvallis, a personal story

The Corvallis City Council meets Thursday with the Benton County Board of Commissioners in a 4 p.m. work session on homelessness.

The meeting situation in Corvallis is starting to loosen up a bit. Since the March 2020 COVID-fueled lockdown the only groups that have met co…

Homeless in Corvallis: Even with a trailer it's a rough life

Patricia Parr became homeless in 2017. She was working as an in-home caretaker in Clatsop County when a fire broke out, destroying the residen…

The portable restroom at Central Park in Corvallis has a reputation of being the most foul in the city, with the City Council taking action at its Monday night session to address the problems.

The city of Corvallis will be looking to add a permanent restroom at Central Park as a result of motions passed Monday night by the City Council.