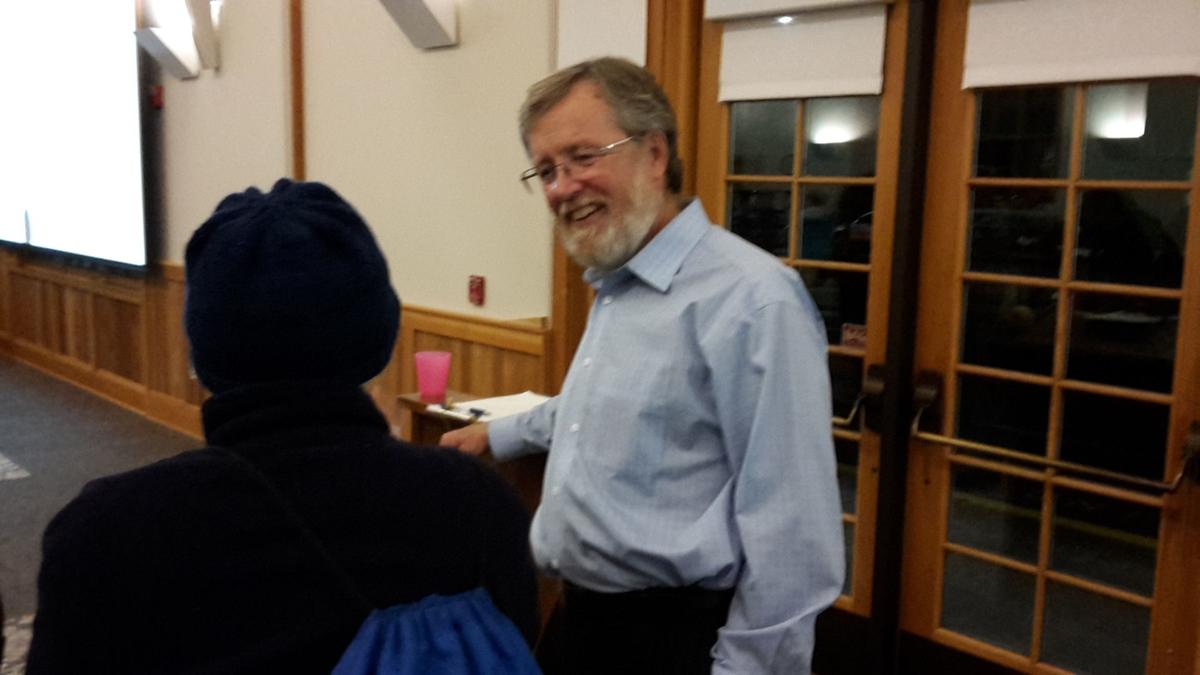 Dan Bryant, a Eugene minister who also is executive director of SquareOne Villages, talks with a participant at Thursday's forum at the First Presbyterian Church. 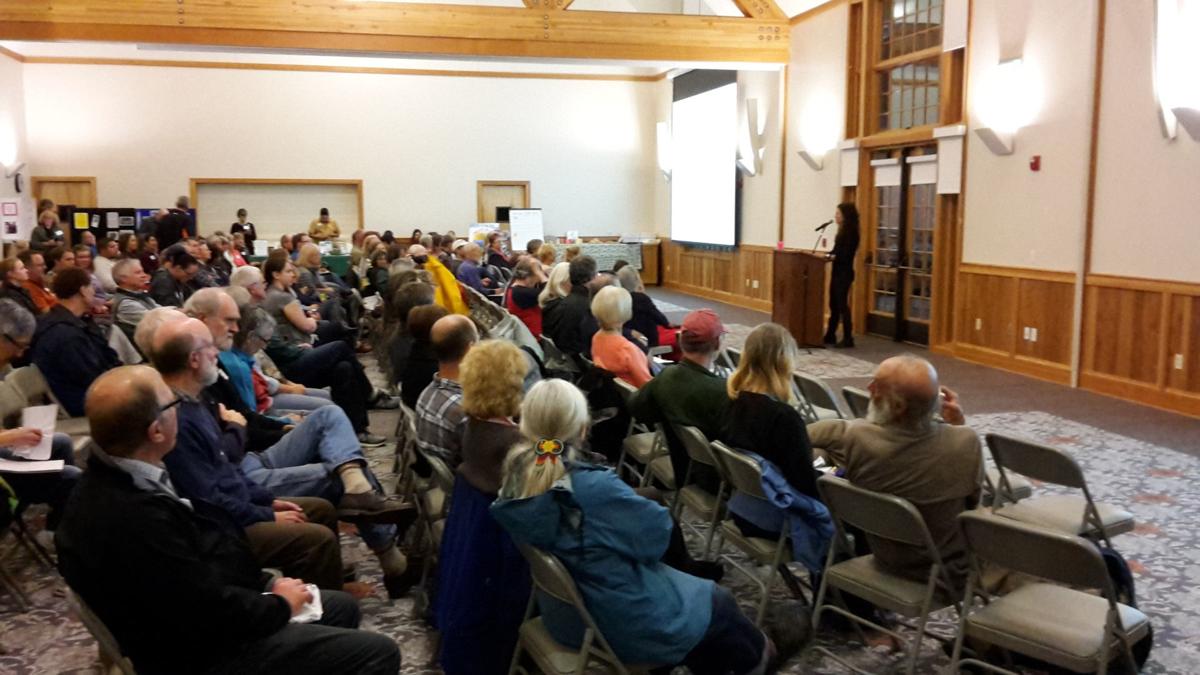 More than 125 people turned out for a forum on homelessness and affordable housing Thursday night at the First Presbyterian Church in Corvallis.

More than 125 people were on hand Thursday night at the First Presbyterian Church for a Corvallis Sustainability Coalition forum on transitional housing.

And most of them seemed to come away inspired.

“We need people to participate and not just hope for it,” said Cassandra Robertson, who leads the coalition’s housing action team. “We are going to make this happen and build on it. We are doing this as a community.”

Robertson spoke at the end of a 90-minute event which featured stories from Eugene regarding how that community has dealt with the issues of homelessness and affordable housing.

Dan Bryant, senior minister of the First Christian Church in Eugene, spoke about a project called SquareOne Villages, which has put up transitional housing and is two-thirds of the way through a permanent housing project. Both operations are based on the “tiny house” concept and both are self-managed. Bryant grew up in Albany and his family has been associated with the First Christian Church there for decades.

Bryant was accompanied by Alice Gentry, who now lives at the permanent housing complex, which is called Emerald Village, after she started in the transitional setting, Opportunity Village. Gentry told of becoming homeless after not being able to make ends meet after retiring and living on Social Security, living in a car (which scared her to death), living in the woods (which no longer worked when it dropped to 17 degrees) and finding a new home at Opportunity Village.

“These people are the same as you,” Gentry said. “They lost a job or got sick. Believe me, I didn’t plan to be 63 and becoming homeless. (Finding housing) gives a person back his dignity and self-confidence. You feel good about yourself and are ready to take on the world.”

Drugs and alcohol are not allowed in the villages, but Bryant said that you don’t have to be clean and sober to apply. He told a story of a resident coming home drunk the first night of Opportunity Village, and the village council essentially voting the person off the island.

“Oh my god,” Bryant said. “Here it is our first night and this happens. But the guy went back to the rescue mission and got clean. He’s doing great.”

Bryant said one of the keys to making the concept work is involving the neighbors in the conversation. And to have those conversations before you build anything or move in. When Emerald Village was organized, SquareOne offered a spot on the village council to the neighborhood.

Location and access to transportation also are big issues, Bryant said. Downtowns are better for such services, he said, “because residential neighborhoods won’t tolerate” their presence.

“Most of their services are downtown,” he said, “and it gives them a place to go. Putting a shelter outside of town won’t solve the problem because people still are going to congregate downtown.”

Bryant also said that service providers should “talk to the homeless people themselves so you know that their needs are.”

At the end of the program Robertson and other coalition members passed out clipboards seeking signatures for three committees to work on the issues in Corvallis. One will focus on fundraising, one on a search for land and the other on outreach.

The Corvallis Sustainability Coalition’s housing action team meets at noon on the second Monday of each month at Windermere Realty, 987 NW Circle Boulevard. The next meetings is Nov. 12.

Dan Bryant, a Eugene minister who also is executive director of SquareOne Villages, talks with a participant at Thursday's forum at the First Presbyterian Church.

More than 125 people turned out for a forum on homelessness and affordable housing Thursday night at the First Presbyterian Church in Corvallis.