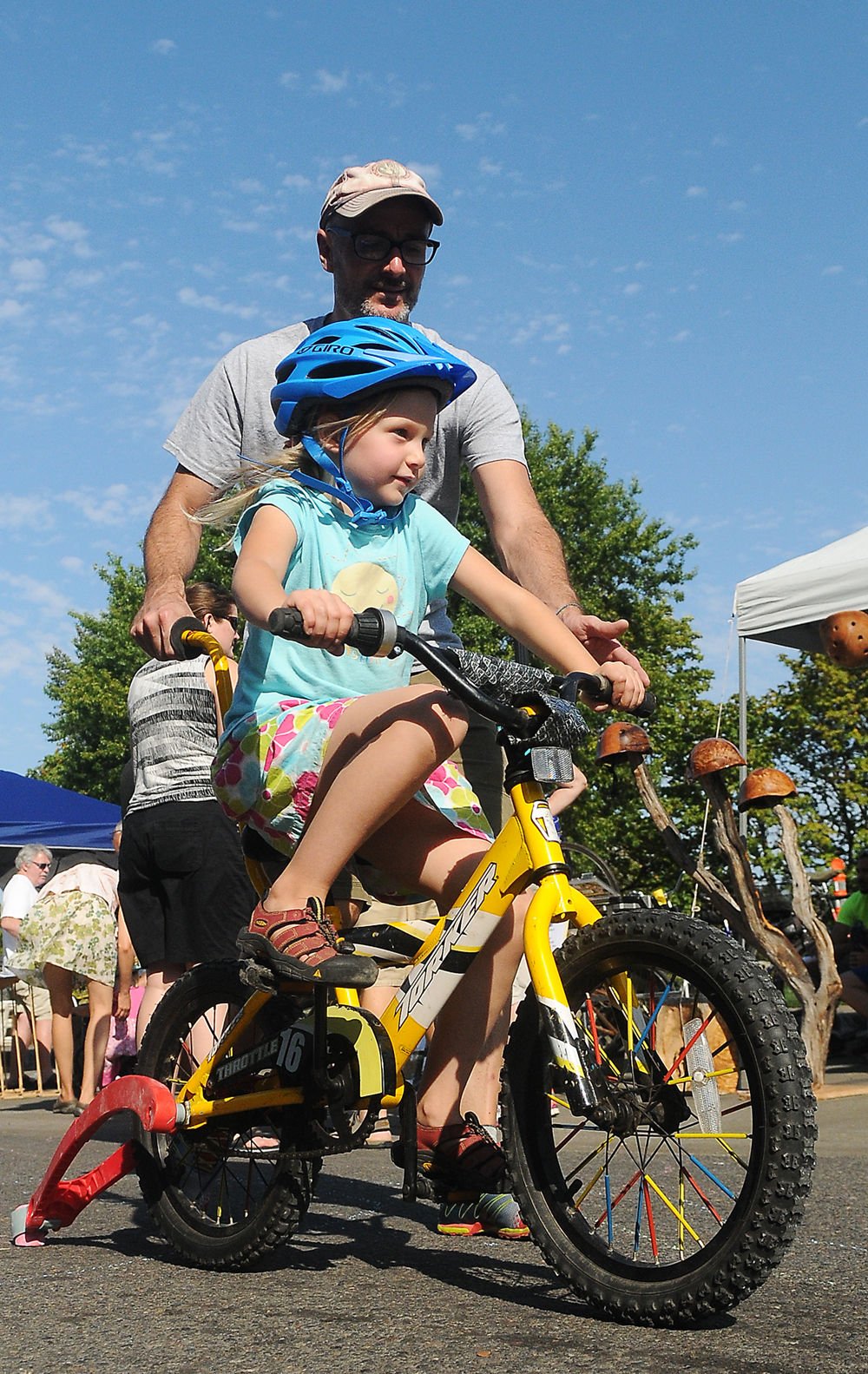 Share Clark, 5, of Corvallis rides up and down First Street with a little help from Colin Cigarran of Corvallis on Sunday afternoon during the Car Free Festival downtown. (Jesse Skoubo | Corvallis Gazette-Times) 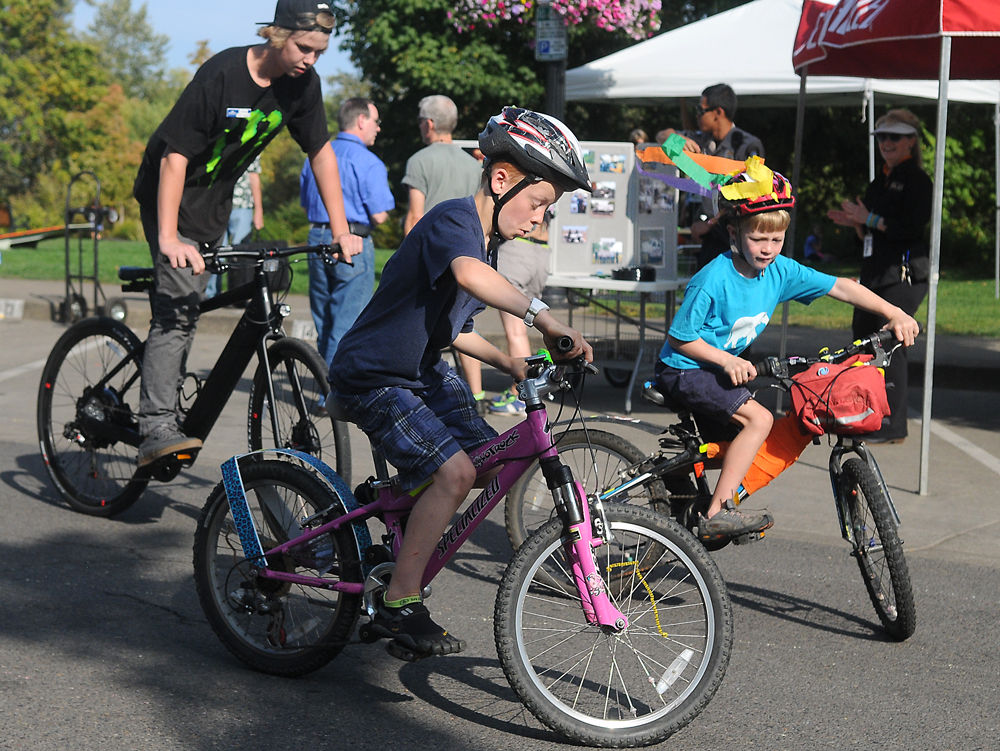 As the announcer began the race with the unusual addition, 12 bicyclists began to ride. A few small children missed the point of the race and peddled across as fast as they could, but most of the cyclists were peddling slowly, carefully balancing on their bikes.

More than 50 seconds later the last bike crossed the finish line, about 10 meters from the start, and won the race.

The race was one of many activities at the fifth annual Car Free Festival, which was promoting Car Free Day, which is today.

Annette Mills, of the Corvallis Sustainability Coalition, said the event had about 500 participants.

“We need to be using fewer fossil fuels,” she said.

Mills said that people don’t have to be car free everyday, but the coalition hopes that the day will convince people to find ways to get around without driving. She added that Corvallis has a strong bus system and a great infrastructure for biking.

“We have Car Free Day to get people to explore their options,” she said.

Mills said that by having the festival on Sunday afternoons they are able to draw in young families, a major group they target.

“We had a lot of young families (today),” she said.

Carroll said participating in the event was a way to promote bicycling among youth, which he values as a way to address childhood obesity and lack of activity.

“We want to support the whole cycling scene,” he said.

Carroll said that he often bikes to work, but occasionally struggles with riding because he has to get his kids to school, or when he is late.

However, he said that this year, he is making a renewed commitment to bike commuting so he is a better example for his kids.

The organizers of the event hope that people will find alternative transport today, and have eight sites around Corvallis where they are offering support to car-free commuters between 7 and 9 a.m. The “neighborhood check points” will have food drinks, prizes and bike safety checks.

Share Clark, 5, of Corvallis rides up and down First Street with a little help from Colin Cigarran of Corvallis on Sunday afternoon during the Car Free Festival downtown. (Jesse Skoubo | Corvallis Gazette-Times)