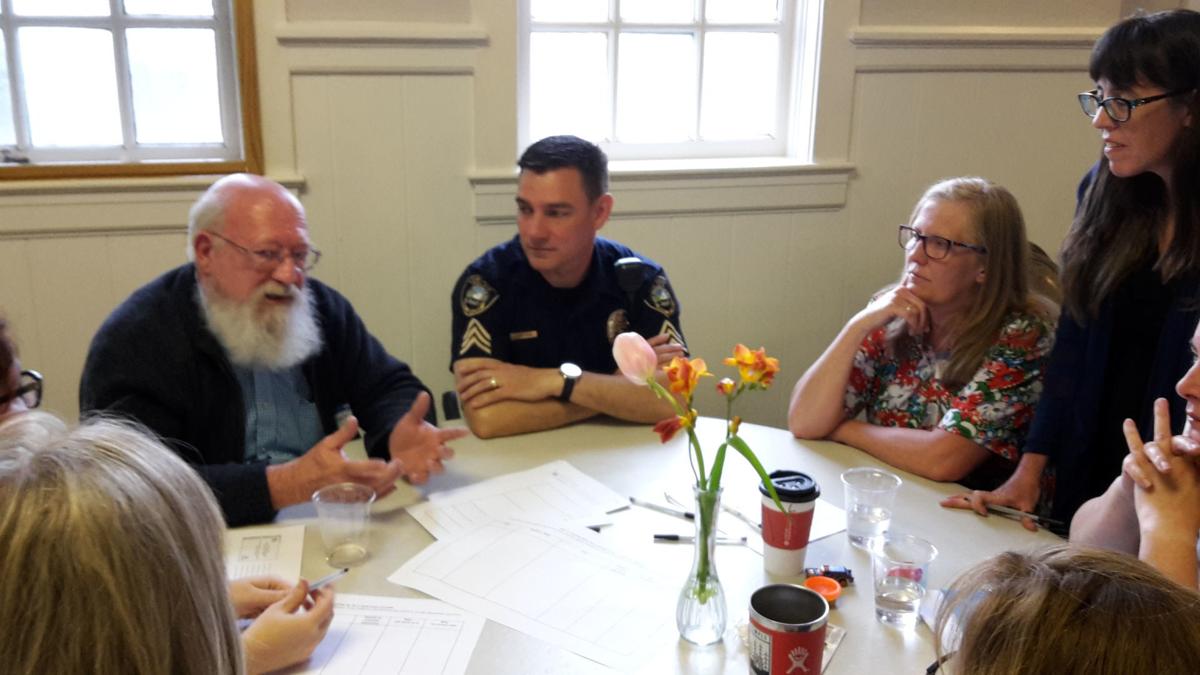 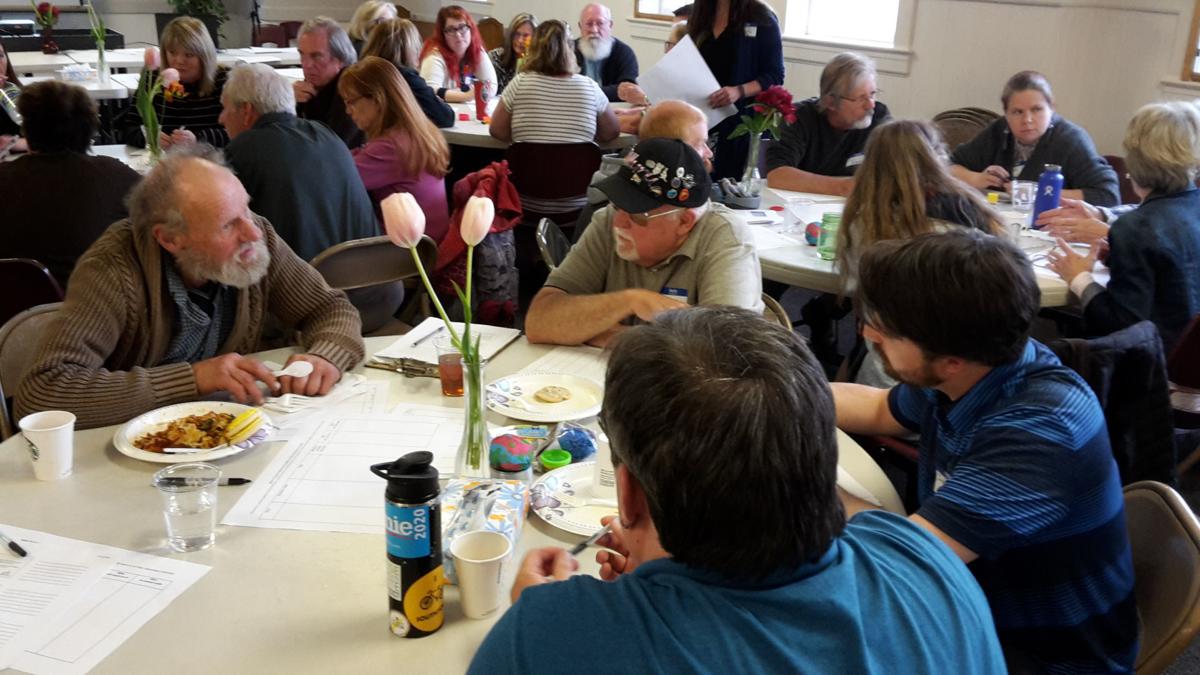 Monday night more than 60 people crammed into a basement meeting room at the First Christian Church to participate in a workshop on downtown safety and livability.

And the range of people in the room was rather remarkable.

Elected officials. The Corvallis City Council and the Benton County Board of Commissioners could have held official meetings because they each had a quorum on hand. Downtown property owners, business interests, tenants and board members of the Downtown Corvallis Association and the city’s Downtown Advisory Board. Social service providers by the dozens.

The meeting was part of the process by which the Housing Opportunities Action Council, which to date has been charged with implementing the city-county 10-year plan to address homelessness, transitions to a county advisory committee. It was facilitated by Ari Basil-Wagner of Greater Oregon Behavioral Health Inc., with help from four GOBHI staffers.

And, in general, it worked, although by the end of 170 minutes, or about the length of the movie “Saving Private Ryan,” after the lasagna and salad and the cookies and the introductions and the slide presentation and the table brainstorming and the discussion of next steps, some fissures still remain.

Downtown interests still feel that they don’t have enough seats at the table. And they still feel that they bear the brunt of the livability issues that spring from the presence of homeless people downtown along with the social service groups that provide service to them.

“One business member out of nine isn’t going to work,” said Book Bin owner Bob Baird when he saw the projected representation of various groups on the draft of the new advisory group’s executive committee.

“We’ve been jilted more than once,” said Peter Ball, a retired insurance broker and downtown property owner. “There was a lack of notification, a lack of involvement and it backfired. We need to be cognizant of that,” he concluded to strong applause.

“What can we do to make it different?” asked Basil-Wagner.

Ball suggested that the business community pick its own members to serve on the committees rather than have them "hand-picked."

“That’s the way we envisioned it, but that doesn’t mean that’s the way it has to be,” said Benton County Commissioner Xan Augerot of the draft executive committee that included two representatives from city and one from the county.

“Let’s start with the projects,” said Jill McAlister of the Unitarian Universalist Fellowship, which has done heavy lifting the past two years as the operator of the men’s cold weather homeless shelter. “I am going to look for partners. If we need funding or help, then we go to the bureaucracy. Let’s not get bogged down with these details.”

“I appreciate the city and county involvement, but what frustrates me is we’ve leaped too quickly into the work,” said Pat Lampton, who along with his family members has operated the Inkwell Home Store since 1978. “What do we want our downtown to look like in five years? I’m not sure where we are going here.”

Folks still have some time to figure that out. Basil-Wagner and her cadre of GOBHI staffers will collect, collate and distribute all of the information and comments from the table groups. Augerot said that there will be a joint meeting next month involving the Board of Commissioners and the Corvallis City Council. The new advisory group is scheduled to start convening around August.

At the end of the night Basil-Wagner asked participants to rate the value of the exercise from 1 to 5, with 1 meaning it tanked and a 5 conveying it was worth it. She suggested that folks raise the appropriate number of fingers after noting that the index finger would be best for those choosing a 1.

Most of the audience went with 4’s and 5’s. That could be a good sign.

The Housing Opportunities Action Council is no more.

The residents call it Safe Camp because — for the moment, at least — they’re safe from being evicted from their homes.

Homeless board proposals to go to Corvallis council

Efforts to move city and county homeless coordination to a Benton County advisory board are on a path toward approval in the coming weeks.