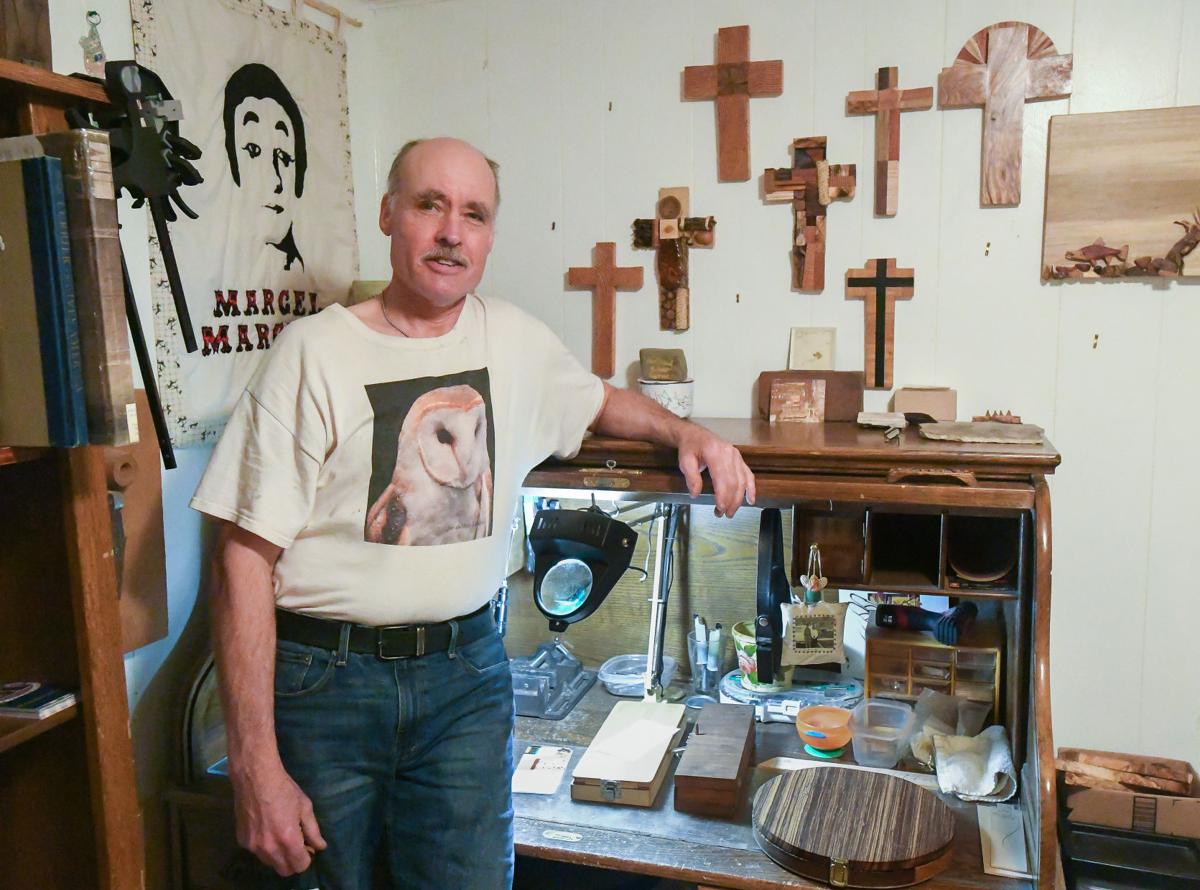 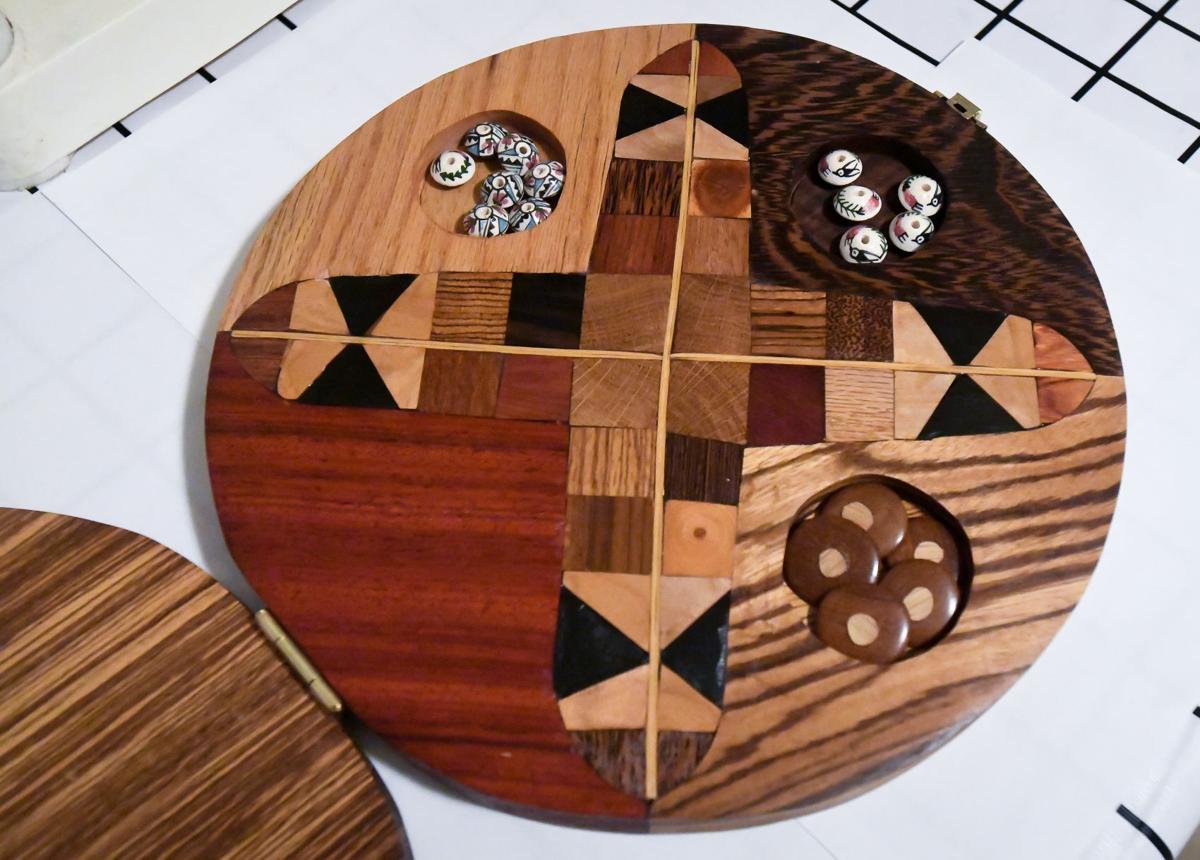 A patolli game board built by Andrew Garner. Dating back 2,000 years, patolli is the oldest known game in the Americas. 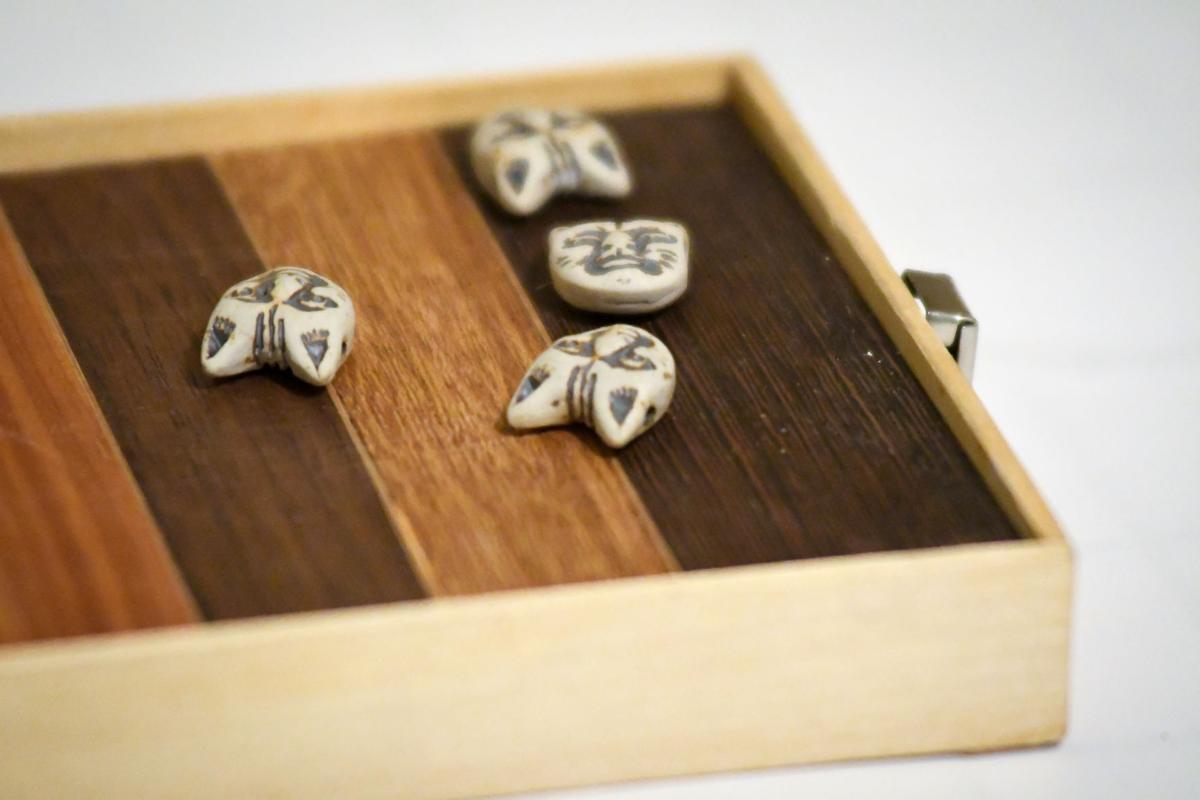 Dice on a senet board. Senet is the oldest known board game, dating back to 3300 B.C. 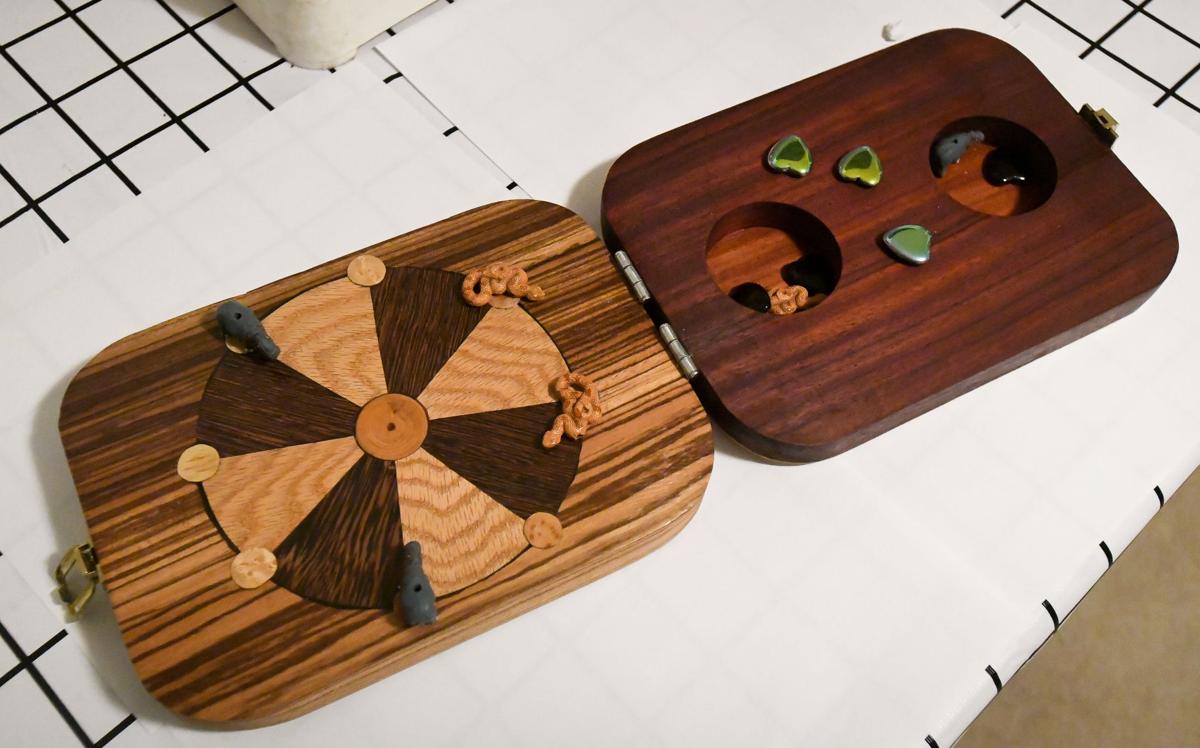 A board for shisima, a two-player abstract strategy game from Kenya that is similar to tic-tac-toe. 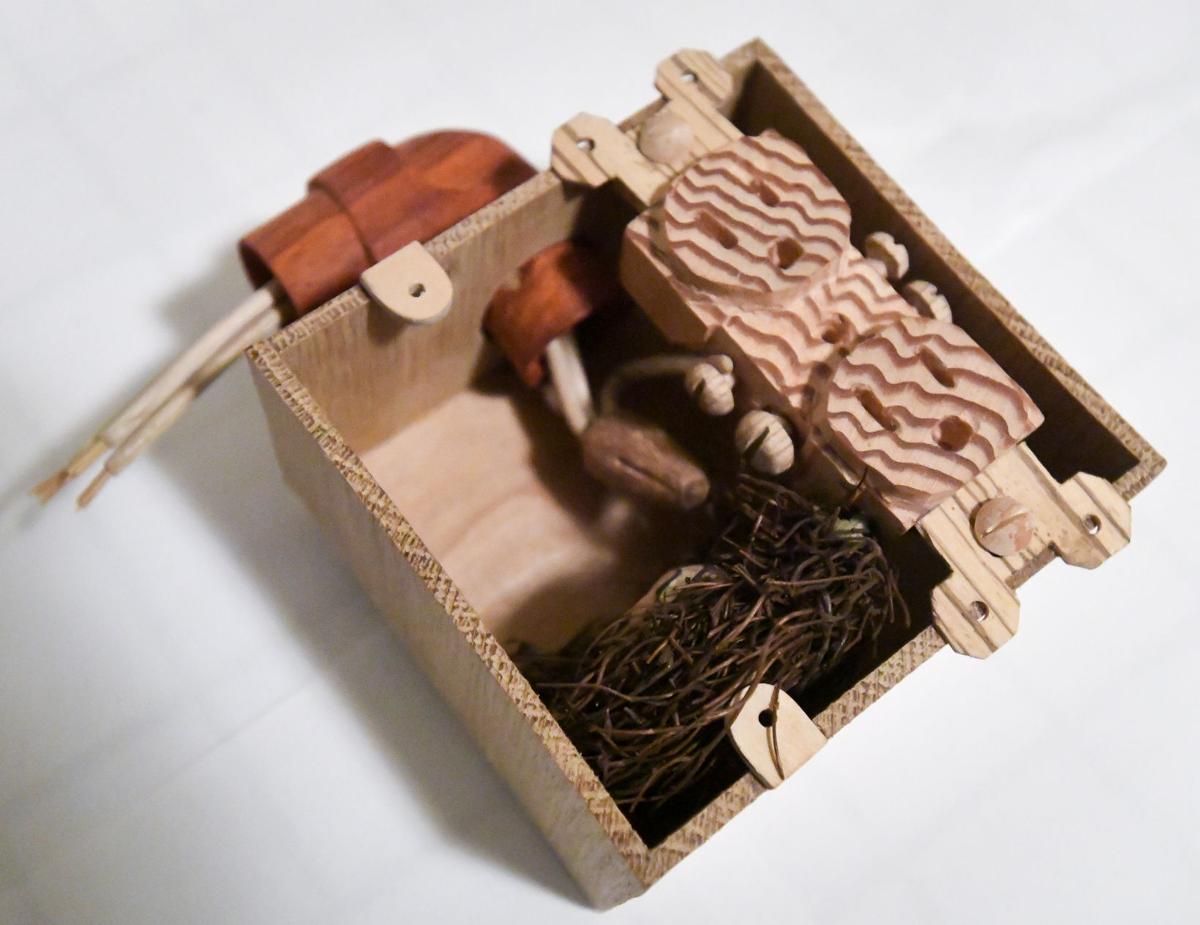 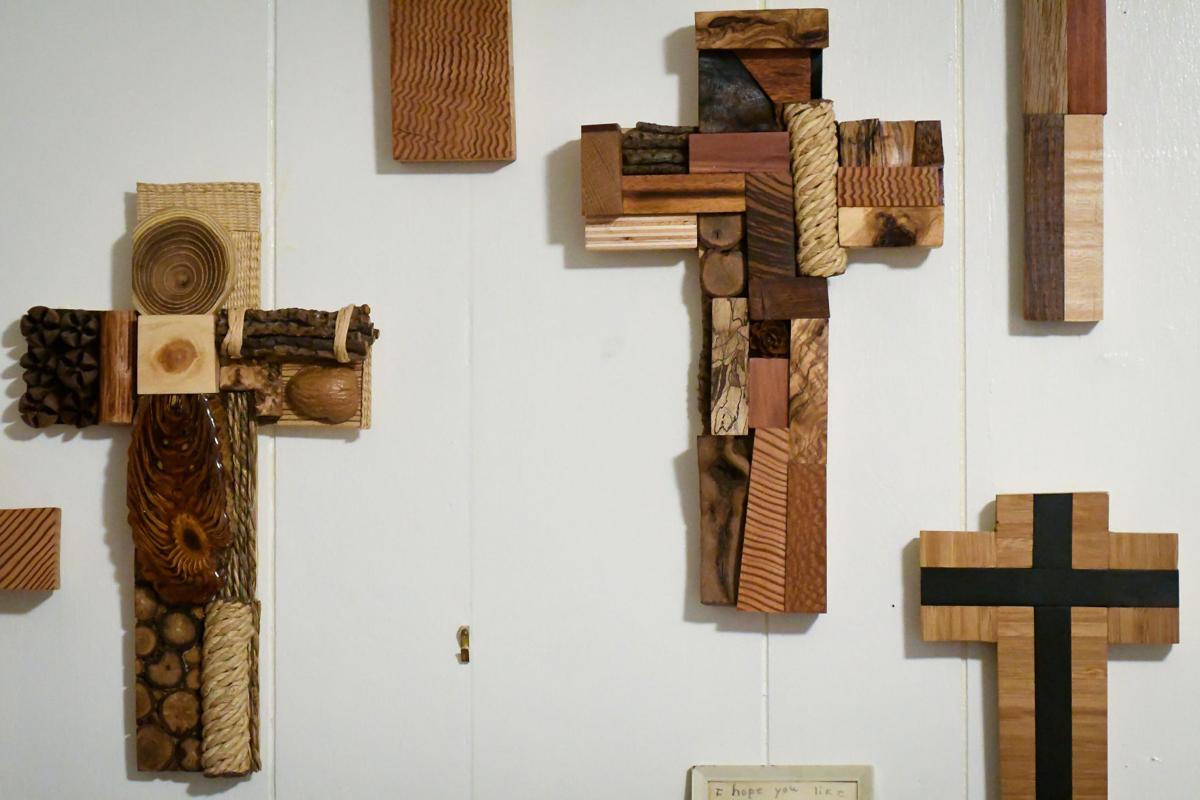 Some of Garner's wooden wall crosses. 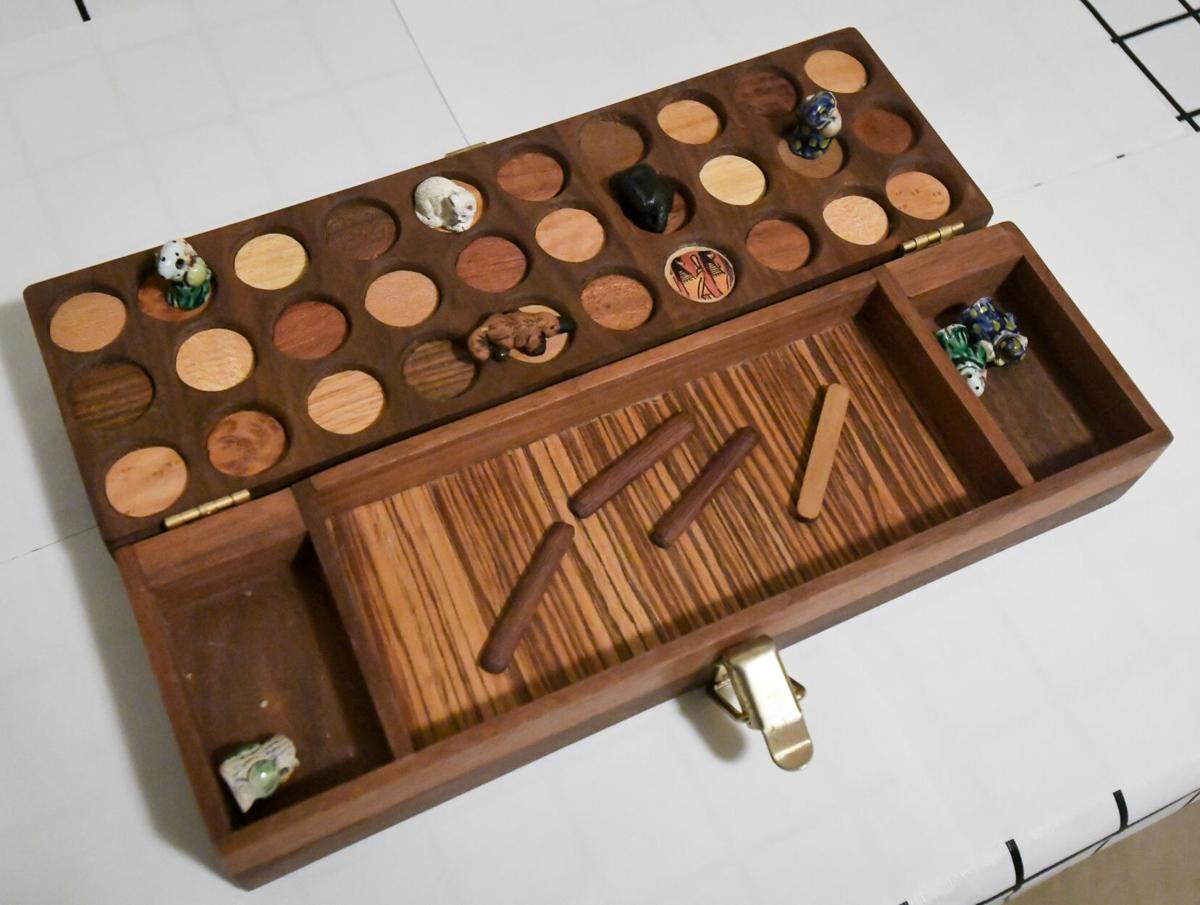 A puluc game board. Puluc, which is sometimes called bul, is a corn-tossing game still played by Mayan descendants in Guatemala's northern highlands. 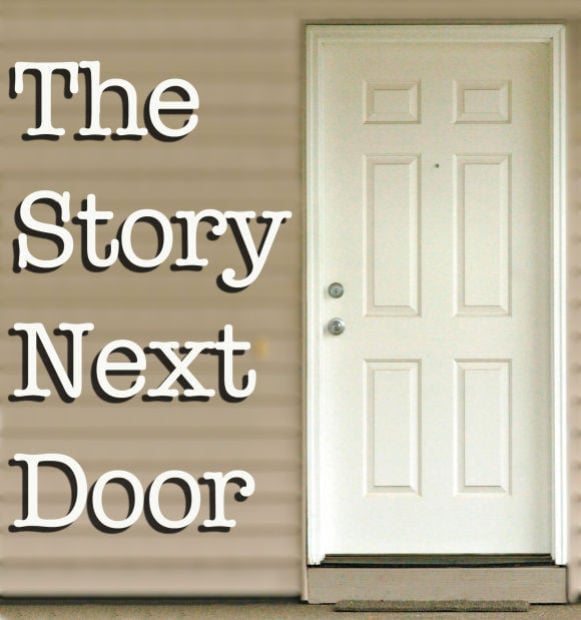 During the day, Andrew Garner of Corvallis works in “a sea of mud,” as he says, at the Simplot plant in Halsey, preparing liquid fertilizer for farmers.

But in his spare time, he uses his hands to produce works of beauty.

Since his teen years, Garner’s great passion has been woodworking. “I love working with wood very much,” he said. He spent several decades producing nature carvings, including a life-size praying mantis on a flower, a tableau of a coral reef and a detailed scene of a forest floor. All these were produced “with a Dremel and a magnifying glass,” he said.

But eventually he started getting burned out on nature scenes. Wooden game boards came to mind as something he could turn his hand to. Because Garner loves history, he realized he could research ancient games and produce boards for playing them.

“Every game is 1,500 years old, minimum,” Garner said. “I use games which are extremely old and have history. I can teach history and the game at the same time.”

Garner pieces the boards together using various types of imported wood, so each board is one of a kind. When finished, each game board is accompanied by game pieces — usually beads purchased at Northern Star in Corvallis, in the shape of elves or flowers or animals — and a laminated card with the rules of the game on one side and its history on the other.

Garner likes the fact that he has produced something useful. “People can sit down and visit and play a game they’ve never heard of,” he said. “It kind of brings people together. The game acts as a stimulus to get people to sit down together and interact.”

One of the games for which Garner has made boards is senet, from ancient Egypt. “When they opened up King Tut’s tomb, they found six senet boards with the pieces,” he said.

Researchers discovered that senet became popular due to a brilliant marketing plan. The ancient Egyptians believed that “when you die, you meet the guy who’s going to take you across the river into the afterlife,” Garner said. “You have to play him at senet. If you win, you get on board the boat to the afterlife. If you lose …” Of course, this belief motivated the Egyptians to practice playing senet so they’d be good enough to beat the boatman when they died.

Pegasus Gallery in downtown Corvallis carries some of Garner’s games. As the patolli board is very complex, consisting of 75 tiny pieces of different types of wood from around the world, the price is around $200. His other games run in the neighborhood of $30.

Garner doesn’t like to make items to order. “The enjoyment completely disappears,” he said. “I want to make what I want to make.”

And making money from his works of art is not Garner’s priority. He just enjoys sitting at his roll-top desk of an evening with a handsaw and a Dremel power tool.

“It’s just me and the game board,” he said. “All the lights are off except for the desk lamp, and the radio’s on. All my problems disappear. It’s such a nice distraction from everything that’s going on. It’s just you and your wood; everything else vanishes.”

Garner also makes wall crosses from imported wood. A recent flight of fancy inspired him to create a 110-volt junction box with a plug, wires and conduit all made of wood. “There’s a bird nest next to the plug with two eggs in it,” he said.

Garner has no special reason for the beauty he produces. “It’s just what I do,” he said.

Occupation: Preparing liquid fertilizer at the Simplot plant in Halsey

Avocation: Using his hands to turn wood into beautiful creations

Family: Grew up with four brothers and six sisters; married for nearly 40 years to Penna, whom he met on a firefighting crew (“I gave her the easy jobs because she was cute”); three daughters; four grandsons

Quotable: “I strongly push as much as I can to everybody: You are an artist. Draw, work with wood or clay or ceramic, build something. The act of artistic creation brings out the best in anybody. It’s a release of who you are. Just do it — as you realize your style, you get better and better, no matter how old you are. It’s never too late.”

What he listens to while carving: Preachers including James Dobson and Chuck Swindoll; the music of Yes, Crosby, Stills & Nash, Joni Mitchell, Carole King, Van Halen, Gordon Lightfoot and his favorite, Jethro Tull

Few people deserve to be called a “Renaissance man,” but there can be little doubt that longtime Albany resident Ed Hemmingson truly earned th…

One Sunday morning in 2007, Eric McKirdy was standing in the garage of his new home in Albany when he heard pipe organ music.

Board games surge in popularity due to pandemic

With people stuck in their households social distancing during the novel coronavirus pandemic, tabletop board games are seeing a surge in popu…

A patolli game board built by Andrew Garner. Dating back 2,000 years, patolli is the oldest known game in the Americas.

Dice on a senet board. Senet is the oldest known board game, dating back to 3300 B.C.

A board for shisima, a two-player abstract strategy game from Kenya that is similar to tic-tac-toe.

Some of Garner's wooden wall crosses.

A puluc game board. Puluc, which is sometimes called bul, is a corn-tossing game still played by Mayan descendants in Guatemala's northern highlands.