Ruby Denue, 89, of Albany, died on Tuesday, December 3, 2019, at Evergreen Hospice House in Albany. Please leave condolence messages for the family at www,mchenryfuneralhome.com.

Stella Reimers, 82, of Albany, died Monday at her home. A private family remembrance will be held. Fisher Funeral Home in Albany is handling arrangements.

Brenda Joyce Reynolds, 68, of Albany, died on Sunday, December 1, 2019. At her request, no services will be held. AAsum-Dufour Funeral Home is handling the arrangements (www.aasum-dufour.com)

Ruben D. Butner Jr., 88, of Monroe, died Wednesday, November 27, 2019. A graveside funeral service will be at 11 a.m. Saturday, December 7, at Bellfountain Cemetery in Monroe. Please leave condolences for the family at www.mchenryfuneralhome.com.

Donald William Manning, 72, of Albany, died Tuesday at the VA Hospital in Portland. Visitation will be from 2 to 5 p.m. on Sunday, December 8, at AAsum-Dufour Funeral Home. Graveside service will be at 9:30 a.m. on Monday, December 9, at Willamette National Cemetery in Portland. A celebration of life will be planned at a later time. AAsum-Dufour Funeral Home is handling the service. (www.aasum-dufour.com) 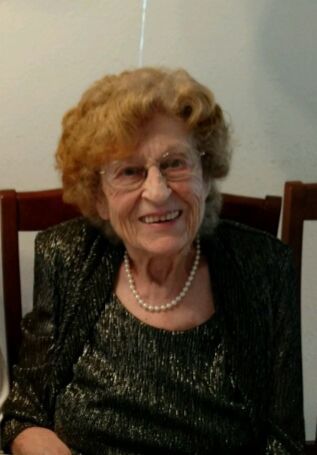 Dorothy Mae Robinson of Corvallis died Thursday, November 28, 2019. She was 98 years old. Dorothy was born May 12, 1921, in Corvallis to Gladys McMorris and Silas Kloepfel.

Dorothy lived mostly in the Corvallis and Philomath areas. She lived several years as a child with her grandmother, Laura McMorris, with whom she was very close. Dorothy attended Philomath High School beginning in her sophomore year and graduated in 1938, barely 17 years old.

She attended beauty school in August 1938. During this time she lived with Erma Robinson, her future sister-in-law. Dorothy graduated in June 1939 and got engaged to Irvin Robinson during that year of beauty school. She worked in several beauty salons until she married.

Dorothy married Irvin Cecil Robinson on October 30, 1939, in Coeur d'Alene Idaho. Irvin's sister and mother were present as their witnesses. They set up their home in Philomath where they welcomed five children: Patty, Jeanie, Laura, Karen, and Rick. Dorothy and Irvin built their first home in 1952 on Tenth Street in Philomath. They owned and ran Robinson Meat Locker with Irvin's parents and brother, which they sold in 1955. The couple owned an alfalfa ranch with Irvin's brother, Cliff and wife Faye, in Silver Lake called Robinson Brother's Ranch.

Dorothy bought her first beauty shop in Philomath in 1948, "Dorothy's Beauty Salon.” She loved being a beautician and was friends with many of her customers, so much so that she had trouble ever raising her prices because they were so close. She closed her shop in 1998 when she was 78 years old.

She enjoyed having large family gatherings where she could cook and bake meals for everyone. When anyone came to visit she would always ask if "they were hungry and if she could get them anything to eat". She was a loving mother, grandmother, great-grandmother and great-great-grandmother.

Her hobbies included cake decorating. She made many wedding, anniversary and birthday cakes. She would make her children and grandchildren cakes for all their celebrations. She loved gardening and would plant a vegetable garden every year. She would always have many beautiful flowers around her yard. She enjoyed camping in her camper and motor home. She took many trips, including ones to Alaska, Expo 86 in Vancouver BC, Walt Disney World, and Southern California. One of her favorite spots to camp was at the Oregon Coast.

In March 2001, Dorothy and Irvin moved to a new home in Philomath on Pioneer St., right next door to their original home.

A public viewing for Dorothy will be held at McHenry Funeral Home in Corvallis from 4 to 5 p.m. on Thursday, December 5, 2019, with a funeral service for Dorothy at McHenry Funeral Home Chapel in Corvallis at 11 a.m. Friday, December 6, 2019. Interment will follow at Oak Lawn Cemetery in Corvallis. The family invites those attending the funeral to join with them for a time of fellowship celebrating Dorothy’s life following the graveside service at Philomath Nazarene Church.

Memorial contributions may be made to the Nazarene Church of Philomath and National Breast Cancer Foundation by contacting McHenry Funeral home. Please leave words of condolence for the family at www.mchenryfuneralhome.com. 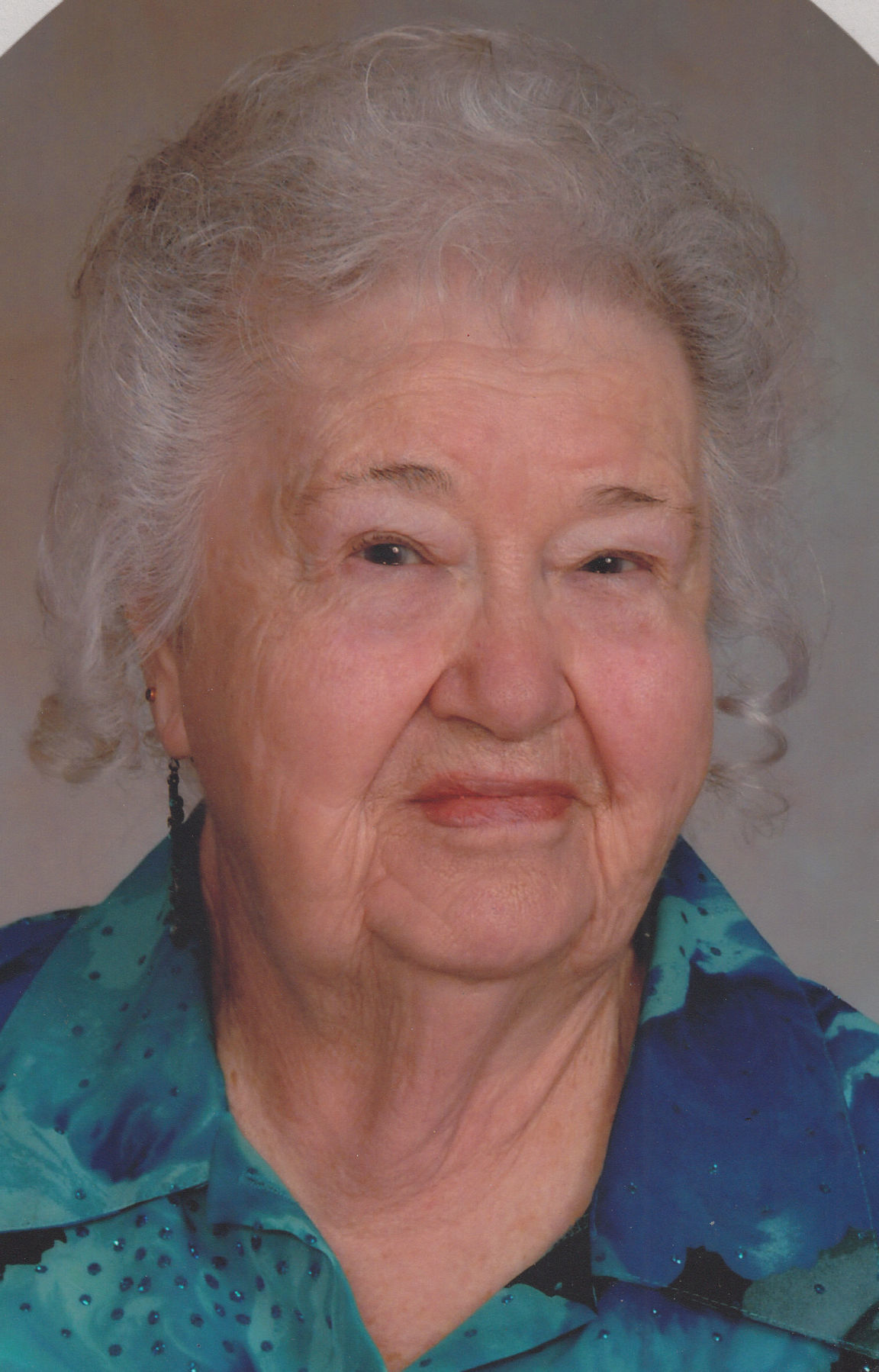 Arbutice Deloris DiPaolo, 94, of Lebanon, died Sunday in Lebanon. Arbutice was born October 7, 1925, in Oakwood, Oklahoma, the daughter of Joe and Frances (Stratton) Hartman. She moved to Carlton, Oregon, in 1929 where she was raised.

Arbutice married Joseph J. DiPaolo on January 27, 1945, in Yamhill, Oregon. They resided there and operated a turkey farm until moving to Cascadia in 1955. They settled on their farm on Fairview Road in Lebanon in 1957 and have resided there since that time. Joseph preceded her in death in 2002.

Arbutice had been a homemaker and enjoyed cooking, canning, sewing, spoiling her dogs and Sunday dinners with family.

A memorial service will be held at 2 p.m. Friday, December 6, at Huston-Jost Funeral Home. Private entombment will be at Twin Oaks Memorial Garden.

Contributions in her memory may be made to the Lebanon Avamere Activity Department. 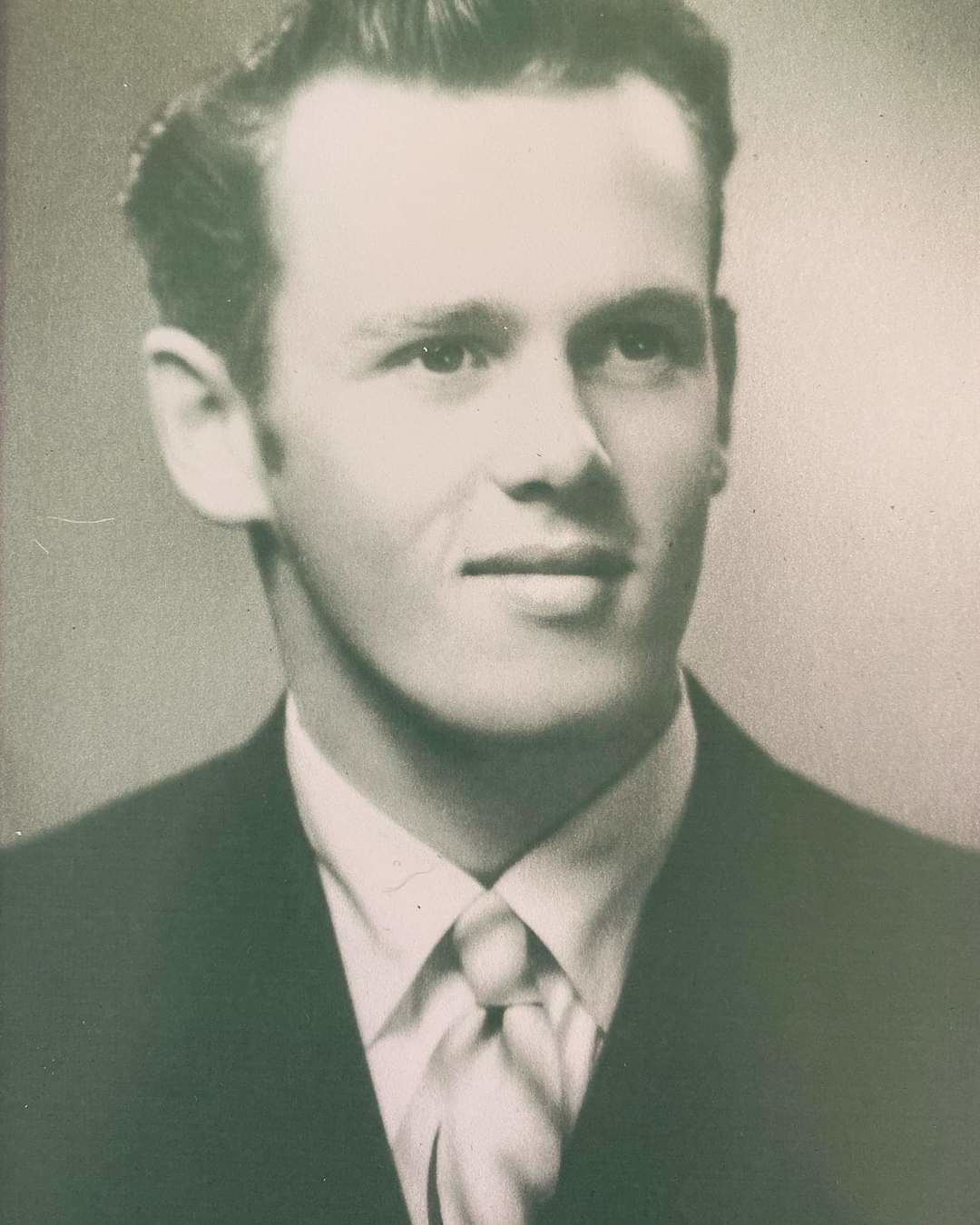 Reverend Kenneth W. Weygandt passed away peacefully with his family by his side on Thursday, November 21, 2019, at Samaritan Evergreen Hospice House in Albany. He slipped into eternity and into the arms of his Lord and Savior, Jesus Christ, eagerly anticipating embracing his son Viktor, grandson Jesse and great granddaughter, Aspen, and all his friends and loved ones who went before.

Ken was born February 1, 1936, in Portland, Oregon, to Henry Pierce and Maude Edith Weygandt. He was the youngest in his family, joining his brother, Glen and sisters, Edna and Thelma (“Red”). He spent his early years in Aloha and later, in Newport, where he resided until his junior year. The family relocated to White Salmon, Washington, where he graduated from Columbia High School in 1954.

He married the love of his life, Jean Lillian Blake, on June 4, 1955. They pledged their love in a double wedding ceremony with Jean’s twin sister, Carol, who married his brother, Glen. Ken and Jean were happily married for 64 years. With God as their guide, they exemplified what a healthy, loving, lifetime commitment should be. Ken loved Jean steadfastly and faithfully all the years of their life together. He was a loving and devoted father and his children never once doubted his love for them. He always said his greatest goals in life were to help ensure the spiritual salvation of his family and to give his wife a happy and comfortable life. He leaves a legacy of loyalty, service, faithfulness, generosity and love of God.

Ken was an avid sportsman throughout his life. He played football in high school as a defensive tackle and offensive guard. Later he played church league softball for several years and he always enjoyed watching baseball, basketball, and football in particular, rooting for both the Ducks and the Beavers. He loved to fish, especially with his sons, and made an art of smoking his catch. He enjoyed the game of golf and played it most of his life. His favorite pastimes included playing cards, board, and dice games with friends and family and as an ardent reader; he always relished a good book. He was very sociable, had a witty sense of humor, and enjoyed engaging in conversation and good-natured debate. In addition, he and Jean loved to travel and were blessed to be able to tour the Holy Land of Israel together. They realized a lifetime dream on their 50th anniversary with a trip to Europe.

Ken worked a variety of jobs in his lifetime. As a young man he worked as a “soda jerk," door-to-door salesman, lube mechanic, and in construction, helping to build the Dales Dam. Eventually he settled into the grocery business working for Safeway Stores Inc. for 23 years, finishing that career as the Albany store Produce Manager.

At the age of 46 God called him into full time ministry. He became a licensed, ordained minister in the Assemblies of God. He served as an Associate Pastor at New Life Center, Albany, Oregon, for 10 years. He was blessed to be a part of the team that helped to bring to fruition the dream of starting Teen Challenge of Oregon with the mission of assisting those seeking help to overcome life controlling addictions. Ken and Jean spent a year itinerating all over the state for Teen Challenge of Oregon. Their son, Viktor, joined the team becoming the Men’s Director of the Teen Challenge center in Lebanon until his death in 1984.

Eventually, Ken went back to his roots at New Life Center and served as the Senior Ministries Pastor there. He then became the Pastor at the Alsea Assembly of God for several years and then served for five years as the Pastor of the Brownsville, Oregon, Assembly of God church. After his retirement, he was called on to Pastor the historic Brownsville Presbyterian Church until it eventually closed. Following that, Ken and Jean hosted a small church gathering in their home. In addition, Ken served as a mentor, discipleship leader and counselor to many in his retirement years. He especially enjoyed working with the men at Teen Challenge.

He and Jean served side by side, tirelessly pursuing their love of Jesus Christ in whatever capacity they could, their lives always demonstrating the love of the Lord. Their home was always open to anyone who needed a place to stay and everyone was always welcome at their table. They were never rich, but what they had, they gave away with unmatched generosity. Ken’s greatest desire was to see people come to the knowledge of Jesus Christ as their Savior and worked toward that goal until his death.

The family wishes to express their deep appreciation to the staff at Samaritan Evergreen Hospice House in Albany for their compassion and kindness during the last days of Ken’s life.

All are welcome to a memorial service, celebrating the life of this remarkable man at Teen Challenge of Oregon, 31700 Fayetteville Drive, Shedd, Oregon, at 2 p.m. Saturday, December 14. The family requests any contributions in Ken’s name be to Teen Challenge or The Gideons International.