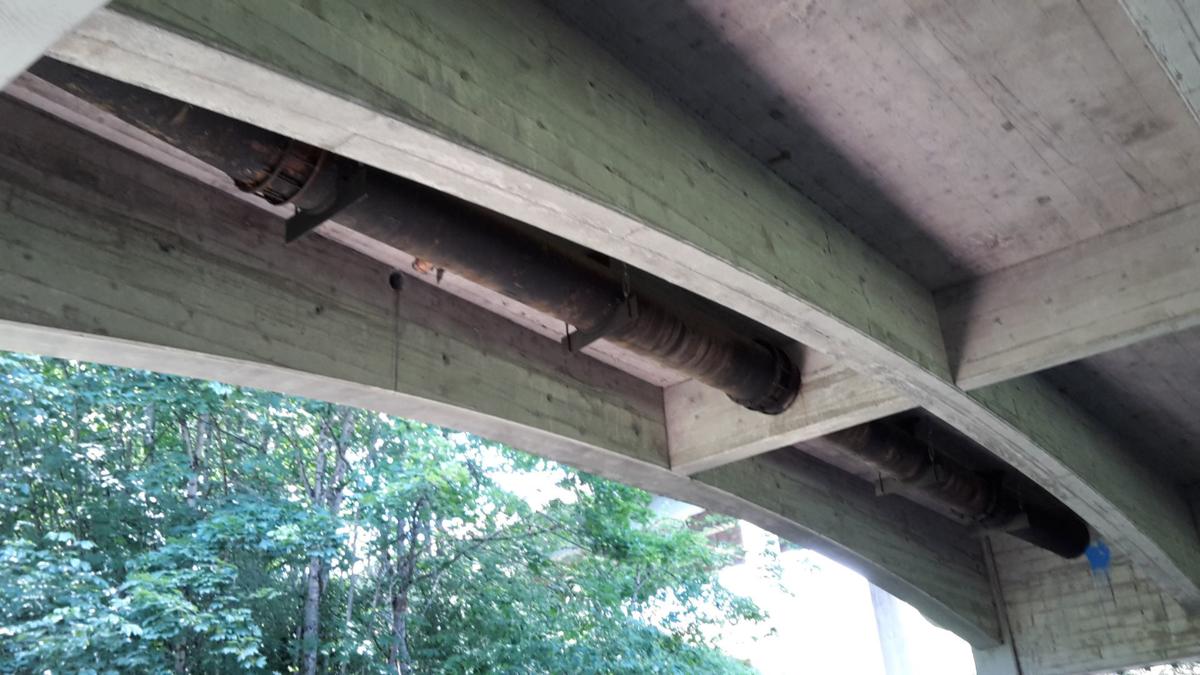 The city of Corvallis currently runs a 20-inch water pipe across the Marys River by using the substructure of the Fourth Street Bridge. This summer a new 36-inch pipe will be installed under the river. 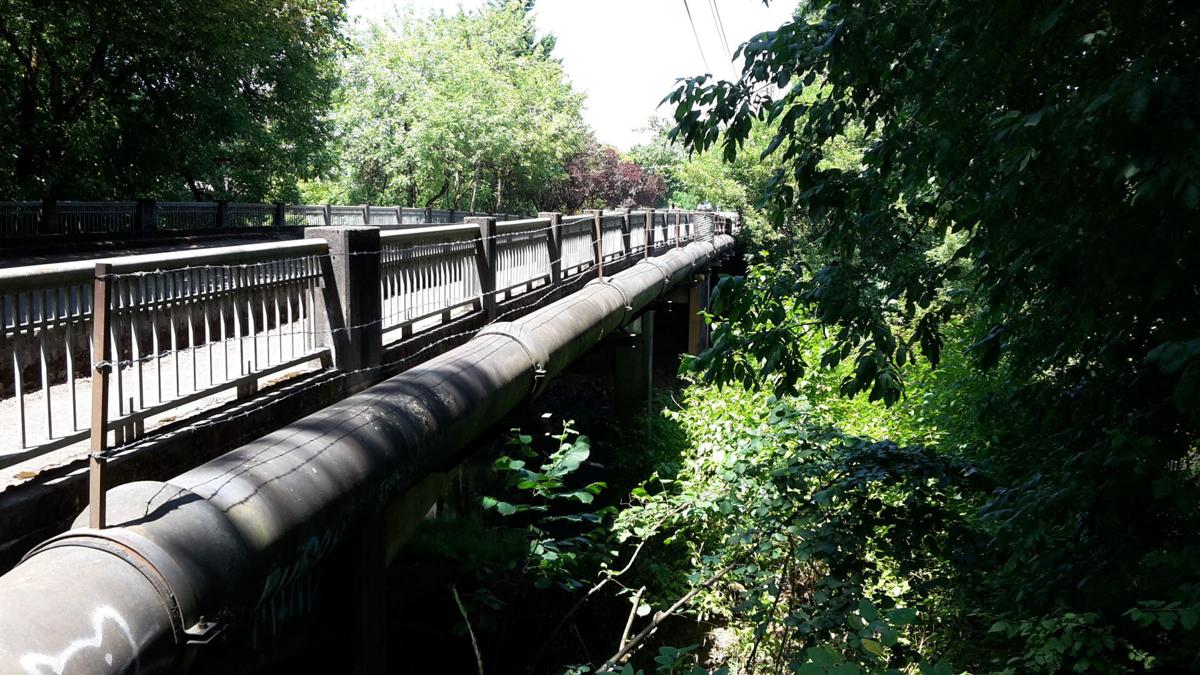 The 24-inch water pipe that runs along the 15th Street Bridge near Avery Park will be replaced this summer by one that will be routed under the Marys River. 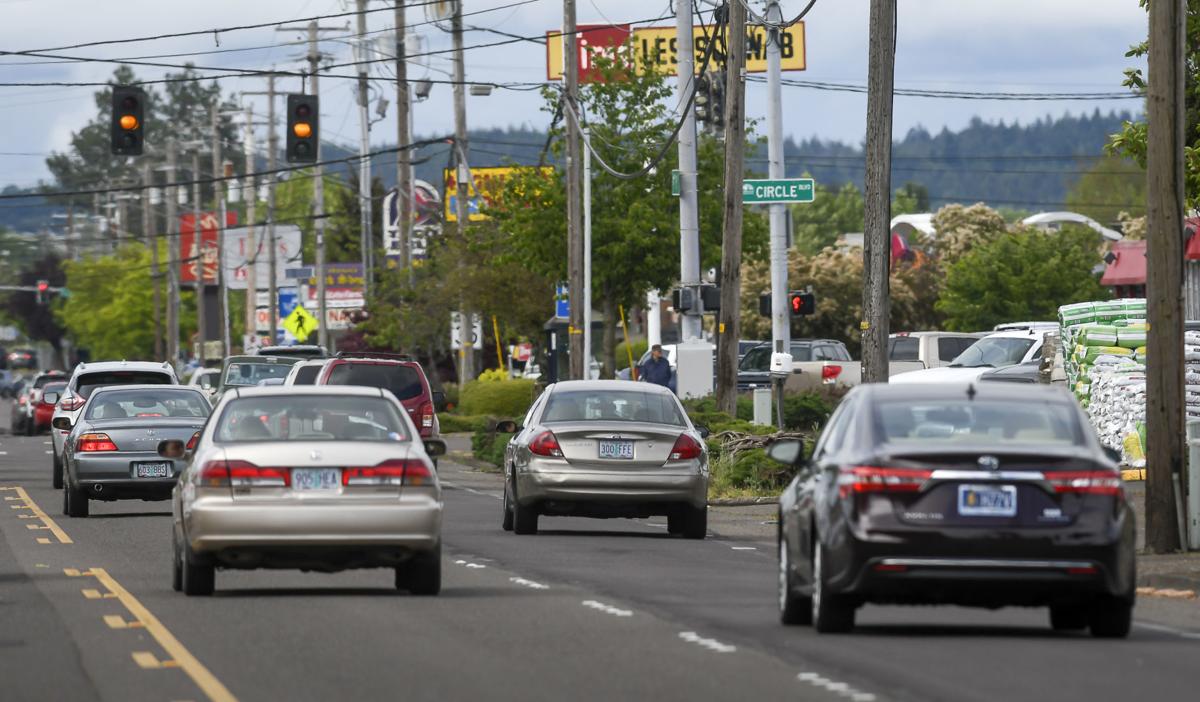 Corvallis is planning summer construction work on Ninth Street between Spruce and Circle. A key element is a concrete median that will be added to prevent left-hand turns onto Ninth from the businesses on the east side of the street. 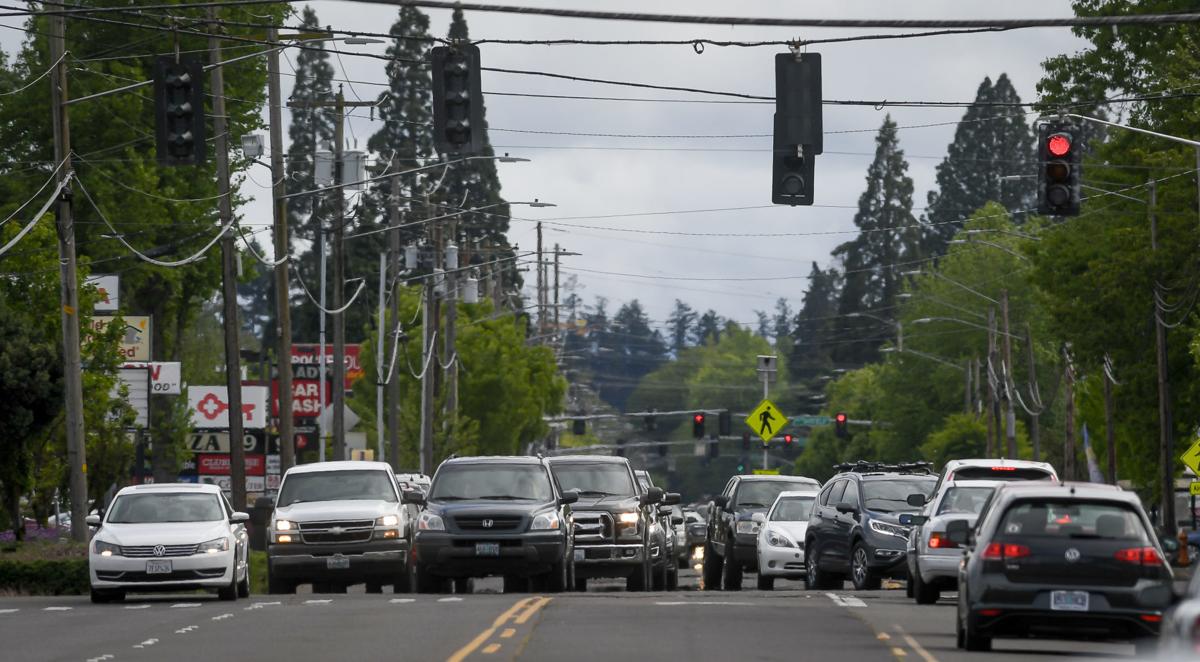 Corvallis hopes to improve safety and ease congestion by adding concrete medians to Ninth Street between Circle Boulevard and Spruce Avenue, preventing some left turns that have caused congestion and accidents.

The city of Corvallis is planning a pair of large-scale construction projects this summer.

The city’s Public Works department will replace the water pipes that currently cross the Marys River attached to the 15th Street and Fourth Street bridges with pipes that will be placed under the river.

The pipe work is a complex project that includes creation of a 1,200-foot pipe to pull through a pre-drilled bore hole under the river at 15th, while the Fourth Street piece requires diverting the river.

The street work will require lane closures and detours, and also will change the way customers exit from business on Ninth Street.

Here is a look at the two projects:

City water from the Taylor Treatment Plant along the Willamette River moves across the Marys River via pipes attached to the bridges at 15th Street and Fourth Street.

That approach no longer makes sense for seismic safety reasons, so from about mid-August through mid-November, the city will be working to route new pipes under the river. They also will be increasing capacity by upgrading the Fourth Street pipe from 20 inches in diameter to 36 inches.

Crews will use Avery Park and Pioneer Park as staging areas for the drilling equipment required by the 15th Street work. A 1,200-foot pipe will run from Pioneer Park 60 feet below the bottom of the riverbed and reconnect with existing lines. The pipe will remain 24 inches in diameter.

Public Works engineering supervisor Jeff McConnell said that there will be impacts and closures of some areas in Avery and Pioneer, but the schedule was set up partly so it would not interrupt softball games at Pioneer.

At Fourth Street the contractor will take advantage of low summer water flows to erect temporary barriers to divert the Marys River around the work site.

The new 36-inch pipe will be placed 10 feet below the riverbed. The different procedure is being used because, unlike at Avery and Pioneer, there is not enough land to stage operations at Fourth Street given the businesses in the area and the right-of-way controlled by the Oregon Department of Transportation.

There will be some lane closures associated with the Fourth Street project, and ODOT has mandated that the work take place from 9 a.m. to 3 p.m.

The existing pipes on the bridges will be taken down at the end of the projects and no water service interruptions are expected.

The pipe projects will cost approximately $3.5 million, with city water customers paying most of the cost. The increase in the pipe size at Fourth Street will be paid for by systems development charges, the money that developers pay for infrastructure costs.

The existing cast iron pipes will be replaced with more flexible high-density polyethylene (HDPE), which McConnell said will add to the resiliency of the pipeline during a seismic event.

The Kings work will be conducted during daylight hours because of the large number of residential properties in the neighborhood. The detours are necessary because of the narrowness of Kings. Some of the work on Ninth, which includes mainly commercial properties, will take place at night. Other pieces will occur during the day.

Both projects will include grind and inlay resurfacing in which the top two inches of pavement is ground up and replaced with new asphalt. In addition, existing sidewalk ramps will be reconstructed to meet Americans With Disabilities Act (ADA) requirements, and traffic detection loops will be replaced.

The street projects are scheduled to cost approximately $2.4 million. The work will be paid for primarily by the city’s transportation maintenance fee, supplemented by a state grant.

The stretch of Kings to be reworked runs from Grant to Monroe.

The work will be done in three phases. Crews will start in the north with the stretch from Grant to Buchanan. The second phase runs from Buchanan to Harrison, with the third from Harrison to Monroe at the edge of the Oregon State University campus.

The work is scheduled to start Monday and run roughly through the end of August. The city is starting this project first because officials want to be sure that they can conclude it before the fall term at OSU starts Sept. 25.

Motorists and cyclists will have to detour around the work site (see map). Signs will direct motorists and cyclists to the detour routes. There will be occasional lane shifts and alternative access points for businesses on Kings. The Corvallis Transit Service will be adjusting its stops affected by the detour and lane controls. See https://www.corvallisoregon.gov/cts for updates.

The work on Ninth includes sidewalk ramp reconstruction and resurfacing plus some safety improvements in the median. The resurfacing and median work will be completed simultaneously to reduce the inconvenience to motorists and businesses, McConnell said.

The stretch of Ninth to be reworked is from Circle Boulevard to Grant Avenue and is tentatively set to run from mid-August through mid-October.

The grind/inlay work will be performed from 9 p.m. to 6 a.m., but no complete closures or detours are planned. Motorists will see lane shifts and pedestrian detours during the daylight hours, with traffic reduced to one lane in each direction during the overnight work.

The median work will introduce concrete barriers on Ninth between Circle and Spruce that will prevent left turns out of the three businesses on the east side of Ninth (Bi-Mart, Wild Birds Unlimited and the Agrestic north store). In addition left turns from Spruce onto Ninth will be prohibited.

Josh Bjornstedt, the project manager for the city, said congestion and a history of crashes led to the decision to eliminate the left turns.

Those seeking more information on these projects — and other capital projects planned for this summer should visit https://www.corvallisoregon.gov/publicworks/page/public-works-projects

Street work on Kings Blvd. in Corvallis set to wrap up

Crews are close to wrapping up the first of three major city public works projects for this summer in Corvallis.

Corvallis has its first set of buffered bike lanes.

The city of Corvallis currently runs a 20-inch water pipe across the Marys River by using the substructure of the Fourth Street Bridge. This summer a new 36-inch pipe will be installed under the river.

The 24-inch water pipe that runs along the 15th Street Bridge near Avery Park will be replaced this summer by one that will be routed under the Marys River.

Corvallis is planning summer construction work on Ninth Street between Spruce and Circle. A key element is a concrete median that will be added to prevent left-hand turns onto Ninth from the businesses on the east side of the street.

Corvallis hopes to improve safety and ease congestion by adding concrete medians to Ninth Street between Circle Boulevard and Spruce Avenue, preventing some left turns that have caused congestion and accidents.